Aside from some slimmer, easier-on-the-eyes headlights and tail-lights, and some other minor restyling, power is up 15kW and torque 50Nm, with fuel economy unchanged at 11.5 litres/100km. Importantly, with its 4.8-litre twin-turbo V8 now belting 419kW and, from a silly 2500rpm, 800Nm, the Cayenne Turbo S is the most powerful Porsche you can buy today. Of course, having to shift 2235kg means it's not the fastest, but it's not hanging about with a 0-100 time of 4.1 seconds. On bitumen, not snow, of course.

Wait, so why are you driving it on snow, then?

Good question. Volkswagen Audi Group seems to have developed a fetish for launching new cars in arctic conditions where it's all-but impossible to tell what the car is truly like to drive. But after a day throwing the new Cayenne Turbo S around on snow, we can confirm it'll happily turn all that power into laugh-out-loud, football-field-sized drifts - all, day, long.

Really? But isn't it four-wheel drive?

Yep, but in the snow, turn ESP off and you'll look like a drift god. Load up the big, heavy Cayenne Turbo S on its outside tyre and boot it, the thing will slew sideways gently, and slowly enough that you have all day to wind on the oppy-lock, at which point you can trim the angle with the throttle for as long as your talent will permit. Or you get bored. Generally the former happens before the latter.

Isn't this the car that did some crazy lap time around the Nordschleife?

Yep, 7:59. If you cast your eye over the Nordschleife lap records you'll see the Cayenne Turbo S blasts into the weeds all manner of fast cars. It's as quick as a 996 911 Carrera S, five seconds quicker than a Cayman S, and utterly destroys things like the Lotus Exige S, Audi R8 V8 and Alfa Romeo 4C. Remember, this is a car that would handle an IKEA trip without fuss. Importantly, the Cayenne Turbo S crushes the new Range Rover Sport SVR which, with its paltry 8:14 lap, could claim only for a short while to be the fastest-ever SUV around the 'Ring.

I read this thing has 10-piston front brake calipers. Is that right?

Yep, tucked inside monster monobloc calipers clamping 420mm front ceramic discs. Four-potters bite 370mm discs at the rear. Clearly you enjoy nerding out on spec sheets so you won't mind us pointing out, interestingly, the Cayenne Turbo S's 10-inch wide wheels at each corner wrapped in 295 rubber. Not that it matters much in snow.

So what else can you say about it, then?

It's impossible to deliver a verdict on a car driving it solely on snow, but during our icy blat we noticed something important: a feeling of solid engineering. Here's a car that weighs 2.2 tonnes you can throw about like a Toyota 86. It takes time to calibrate your brain to the extra weight, particularly so high in the car, but once there, you can powerslide the thing all day. It's terrific fun. But understeer and oversteer balance? Ride? Road noise? We'll have to wait for a bitumen blast, unfortunately.

Does it sound any good?

There's a mean V8 burble at idle but we were disappointed, and bewildered to notice it just doesn't translate to a high rpm, menacing roar. We wish as you wound the tacho needle clockwise, it was louder. Its newly-V6 sibling, the GTS, gets an active exhaust button. The Turbo S could use one too, perhaps, to angry it up a bit.

Anything else you didn't fancy?

There's bugger all steering feel which can affect your confidence driving fast, particularly on snow. When the thing starts understeering you notice primarily because your steering input no longer matches the car's trajectory. Derr, you're probably thinking, but many cars you'll feel the understeer through the wheel first. Not the Cayenne, unfortunately. We wished, too, the PDK down-changed with a crisp, swift throttle blip, like its sports car siblings, but is instead a little too leisurely for our liking. But, look, we're picking knits. The thing feels solid as a rock and while we'll reserve our final verdict until we actually get to drive it on a real road, early signs are good. Very good.

What was the GTS like? Please tell me they haven't ruined THAT noise.

It's not good news - Porsche has tried hard but the new, twin-turbo V6 in the GTS sounds fairly vanilla compared to the old, antisocial nat-atmo V8. On the plus side, the GTS, while with 324kW and 600Nm packs less punch than the Turbo S, you definitely notice it's 100kg lighter. Weight transfer is less aggro in the GTS, traction is better, and the whole shebang, on snow, is generally friendler and more manoeuvrable. Impressive particularly when you consider the GTS is $130,100 cheaper than the Turbo S.

Yep, there's a fair price gap. Porsche says the GTS is more the volume seller. And on Turbo S, when it comes time to tick a few options, you might just struggle, given how plump with goodies it really is. Given the dent it'll put in your bank balance, you'd bloody well want it to be.

Hit me with it. I'm sitting down.

The Cayenne Turbo S will cost $284,700 in Australia so yes, you'll need to drain the piggybank. But good news is, it doesn't arrive until Q2 so you've got some time to get saving and pick one up before the Aussie winter. You'll want to head to the alps and find a patch of snow to play in. Trust us. 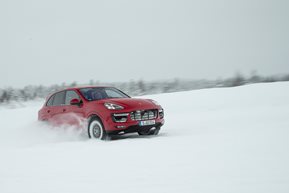 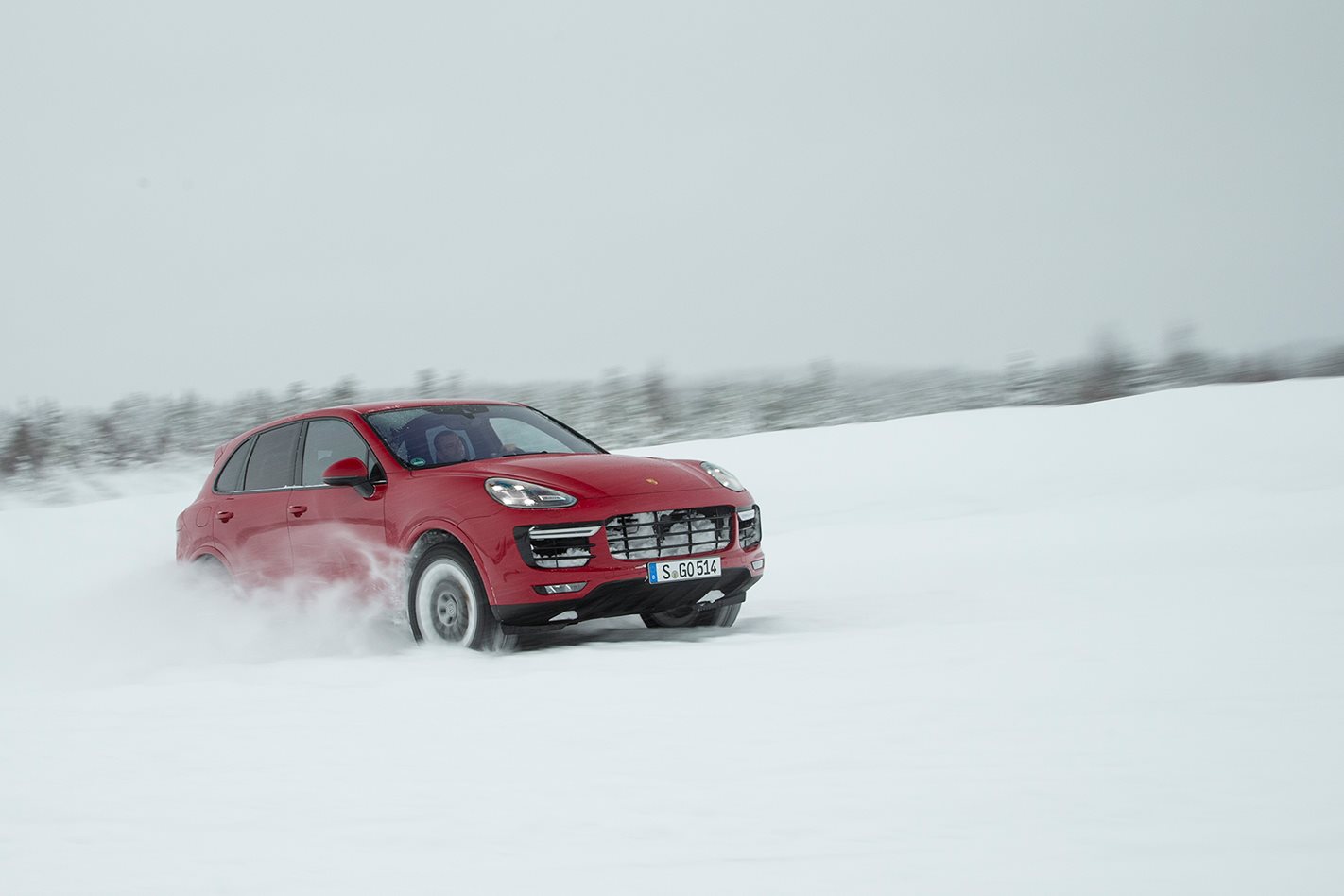 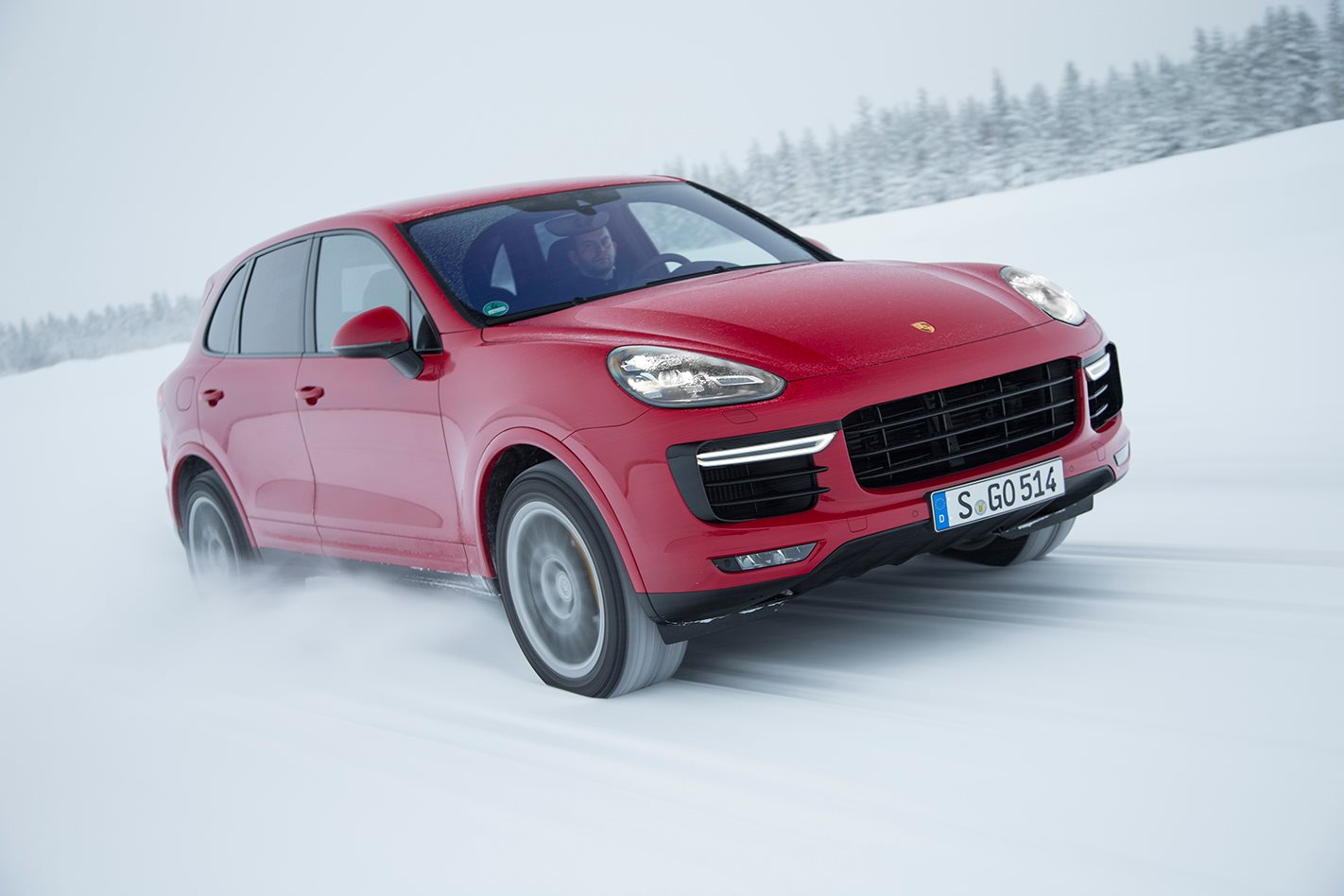 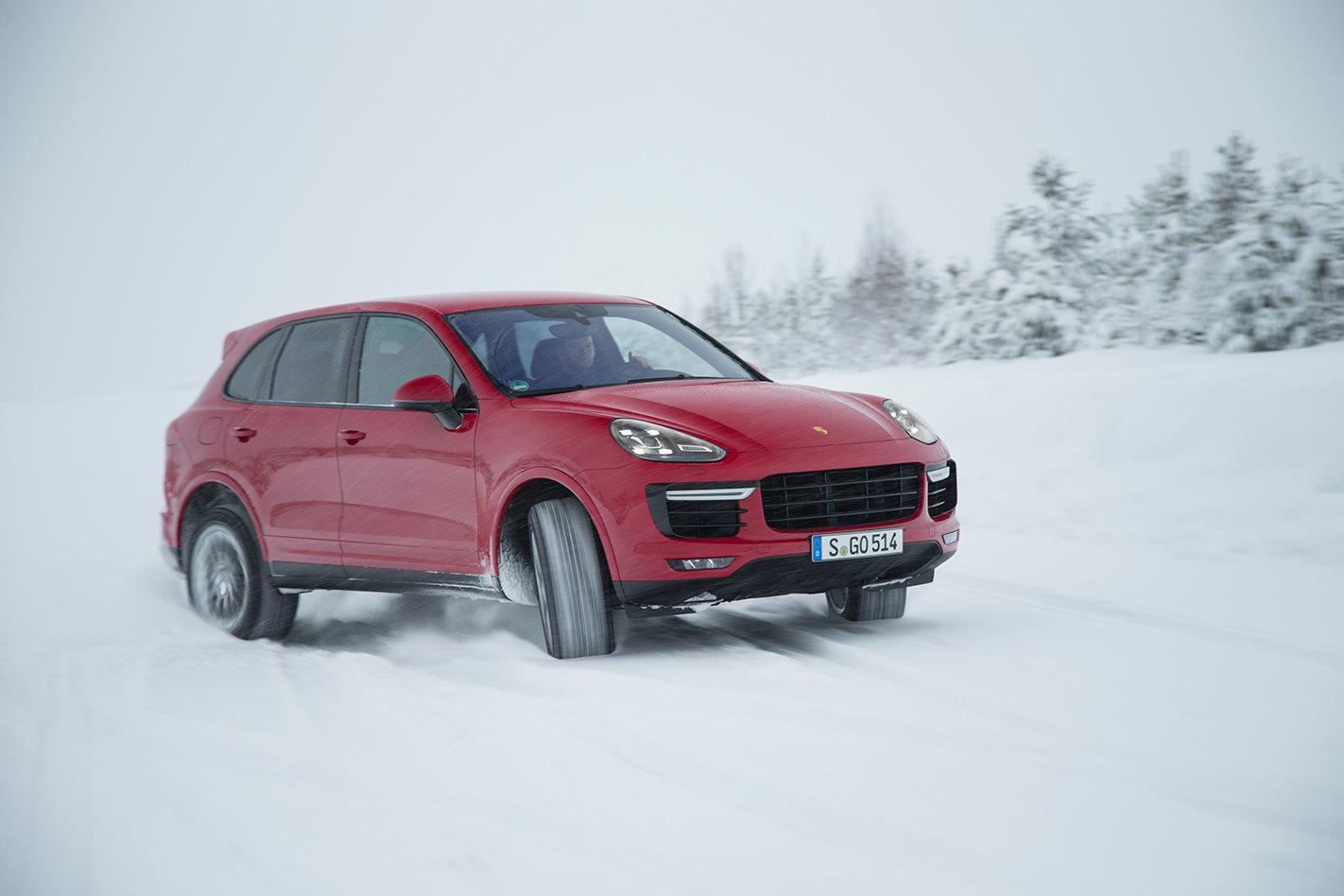 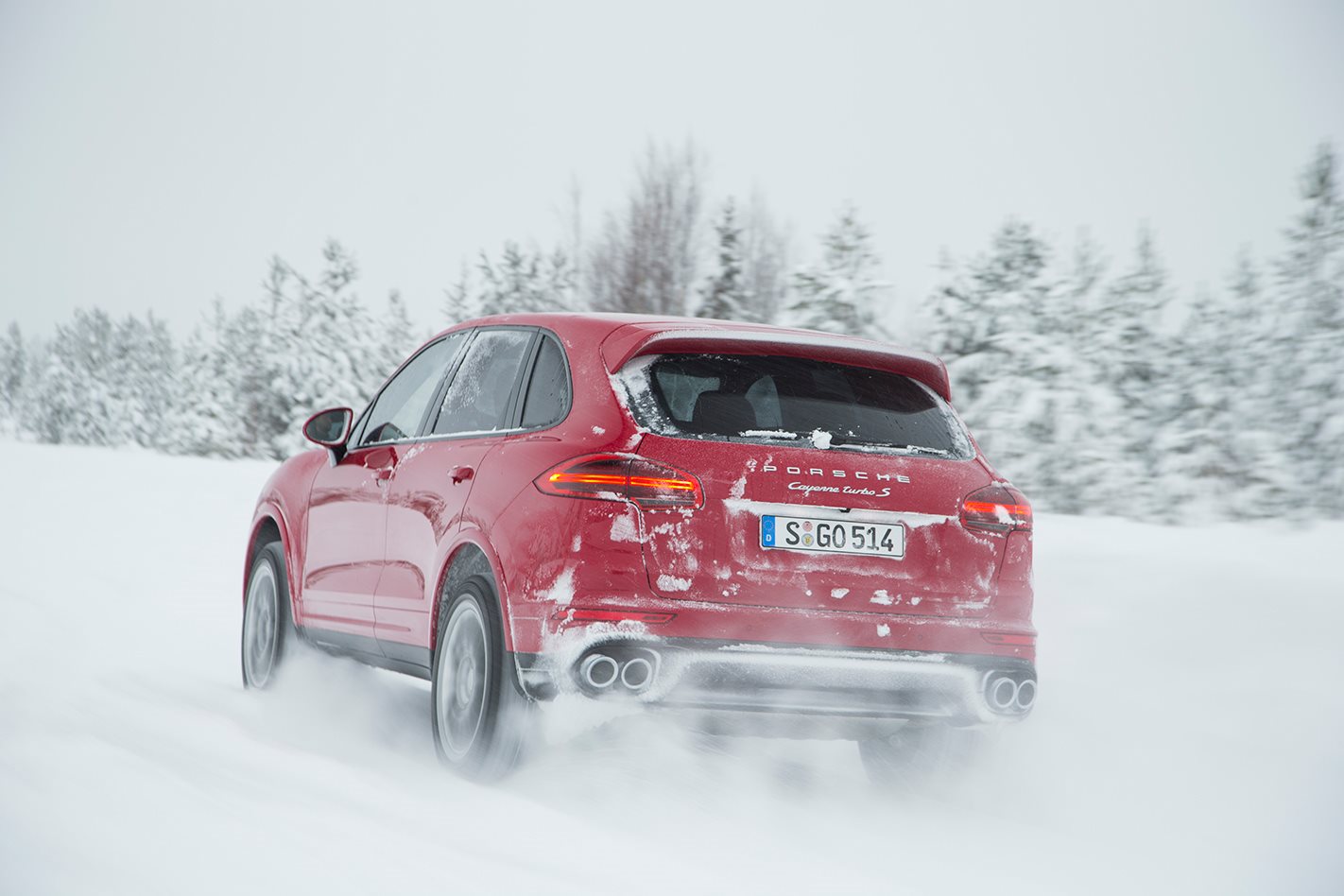 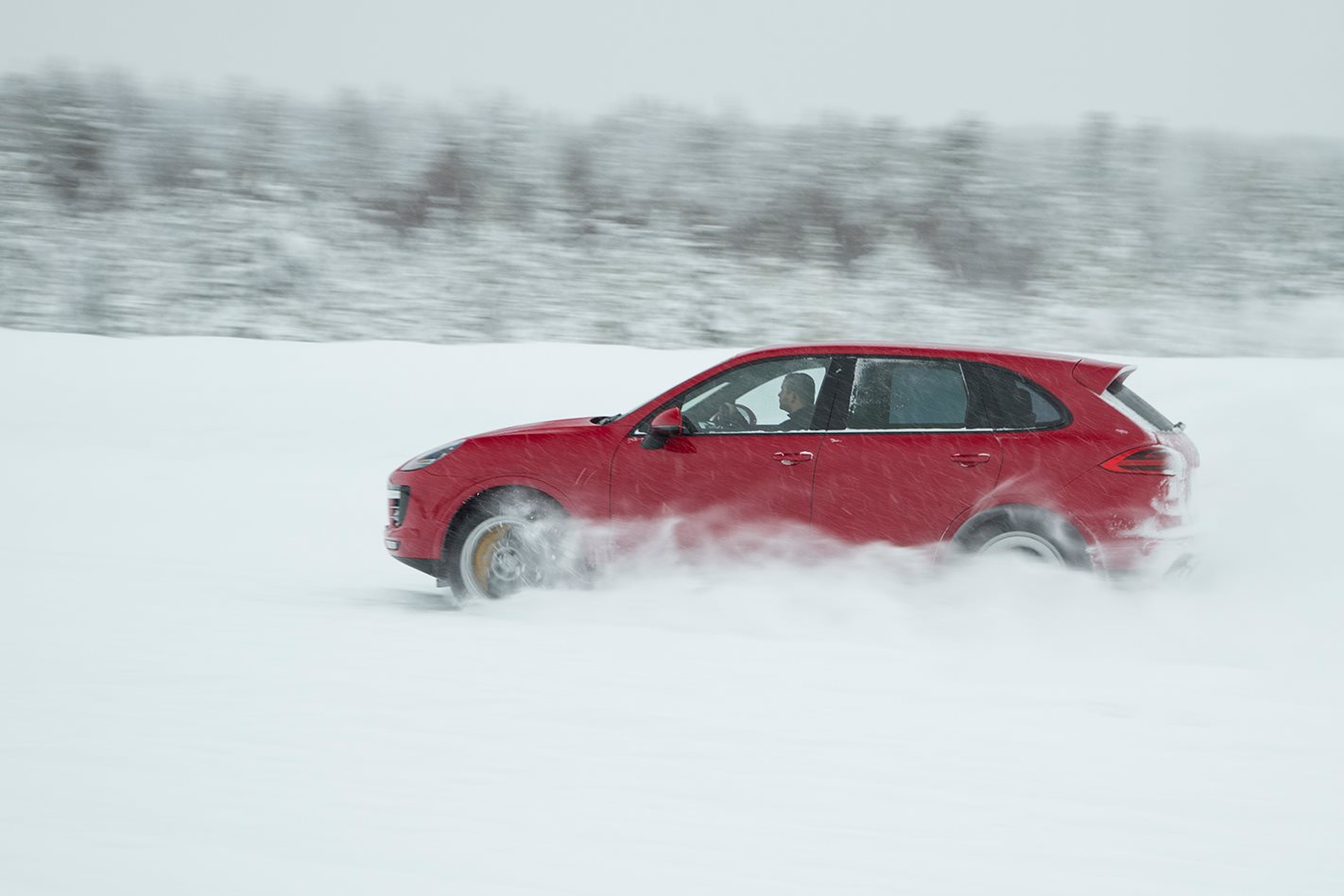 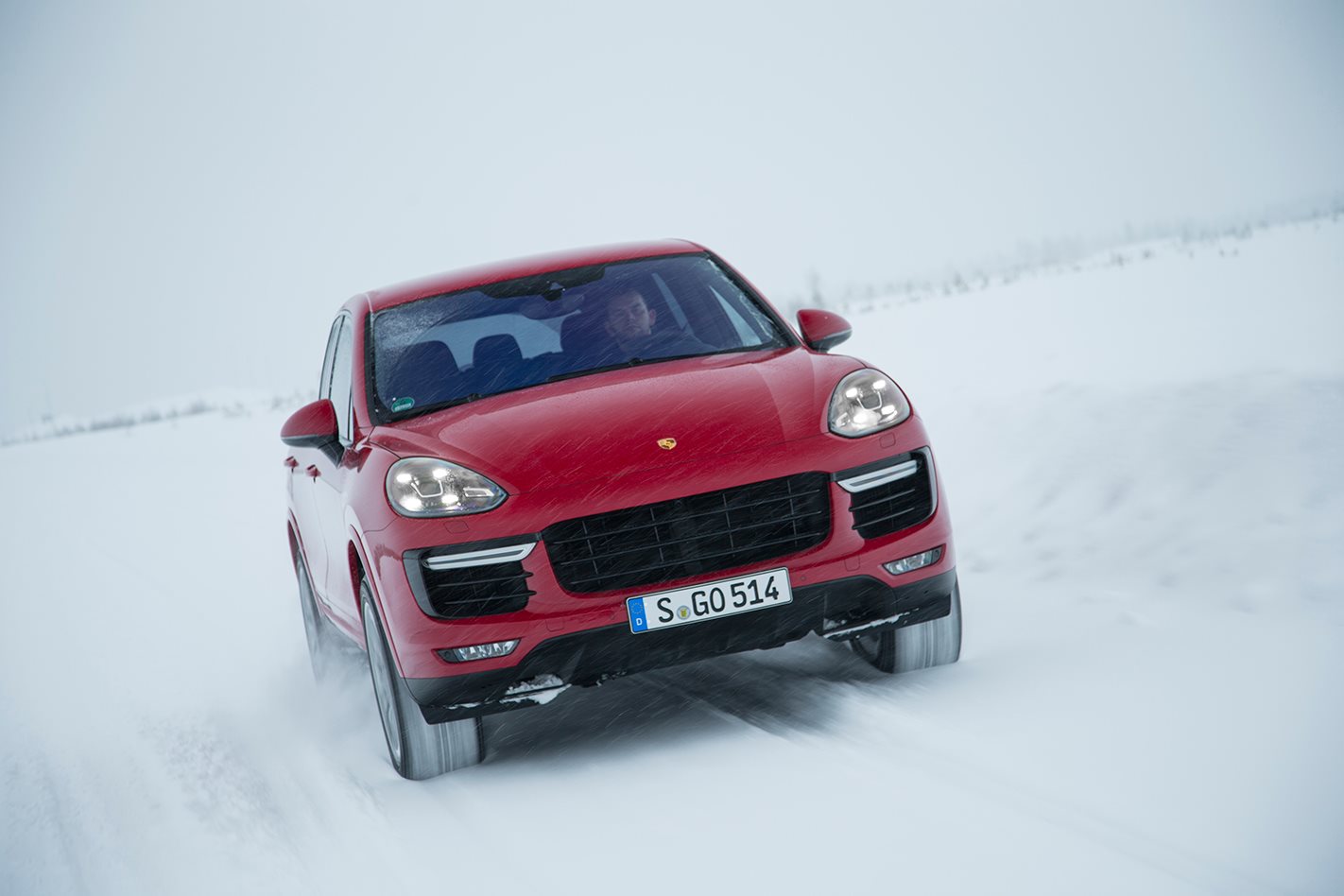 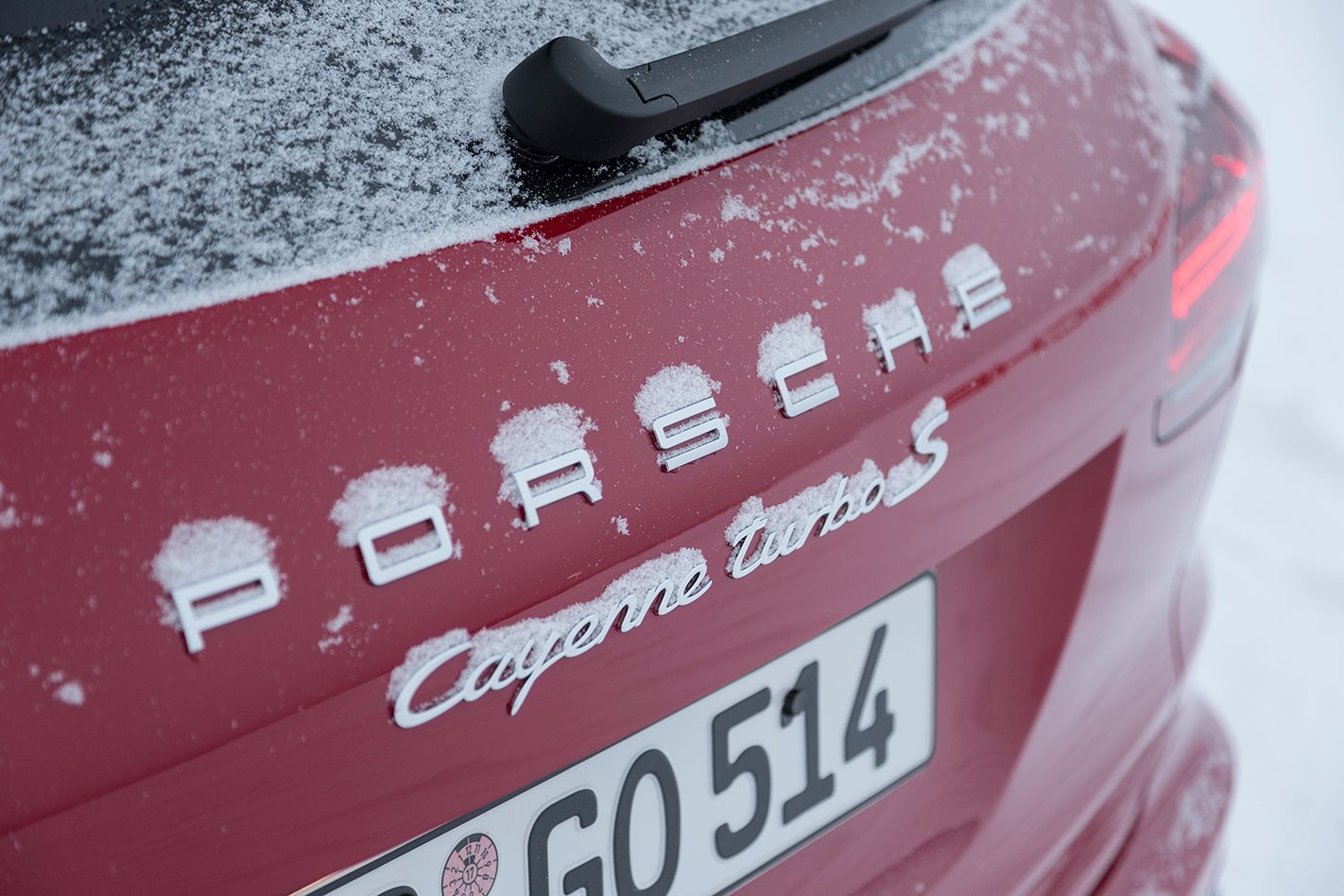 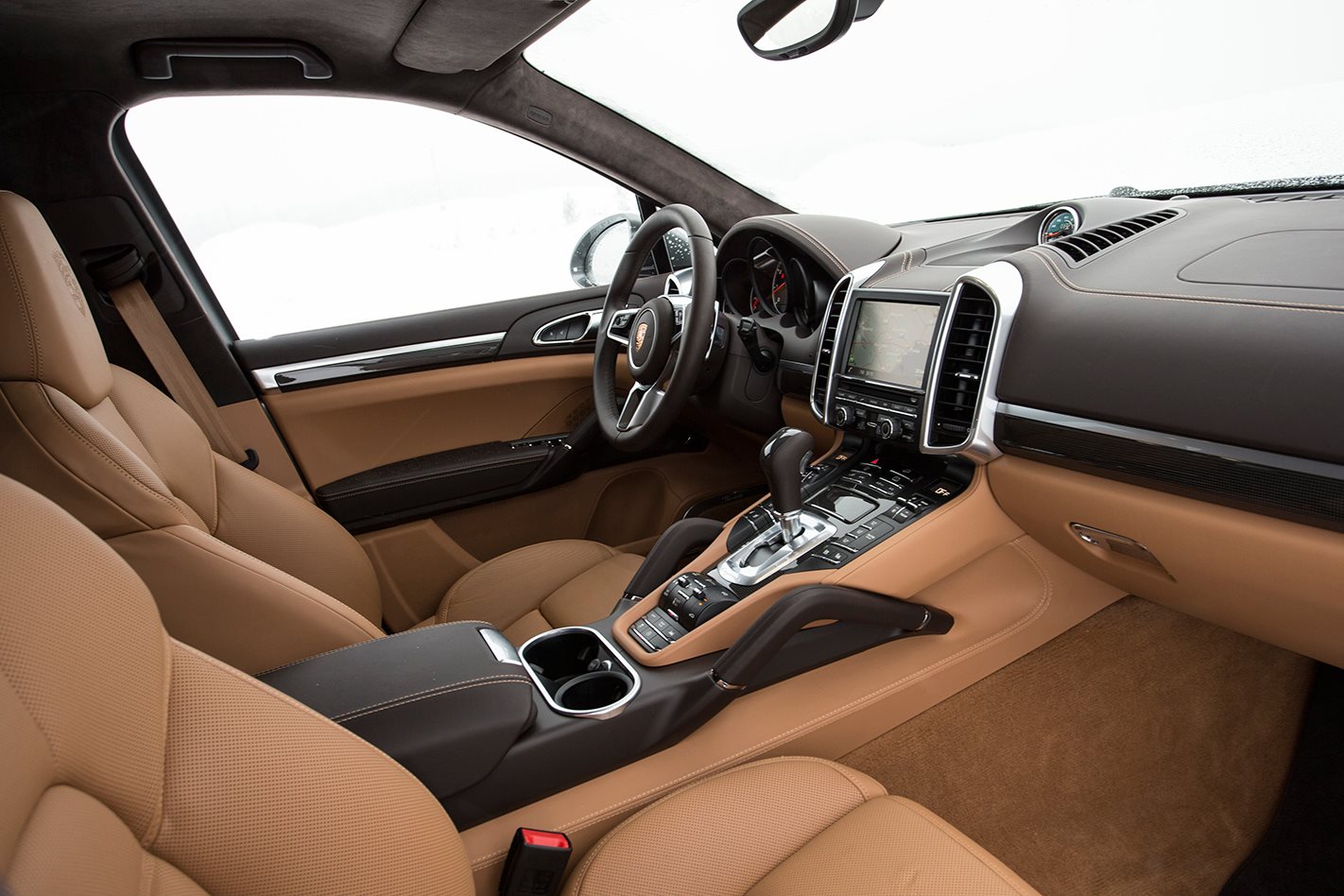 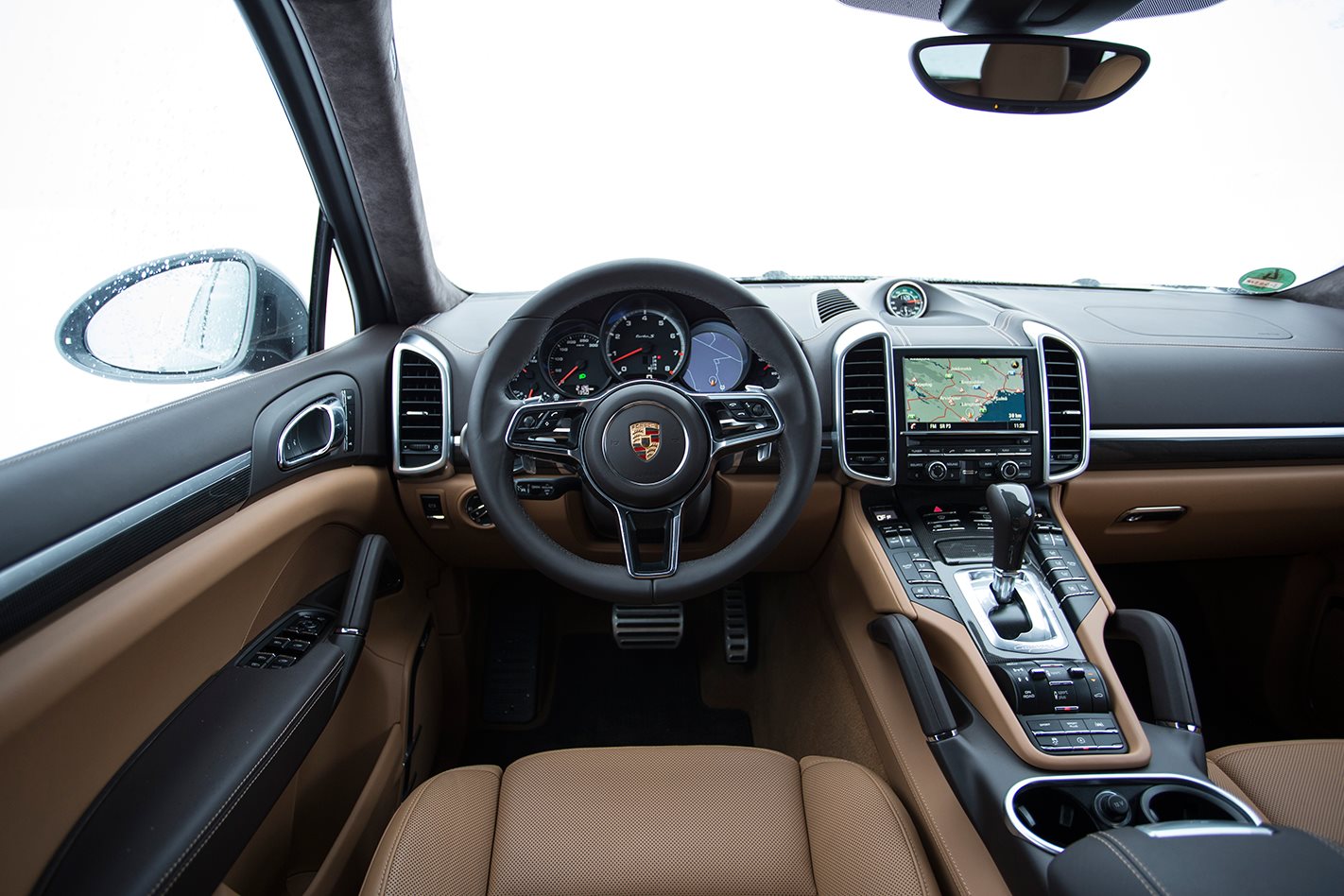 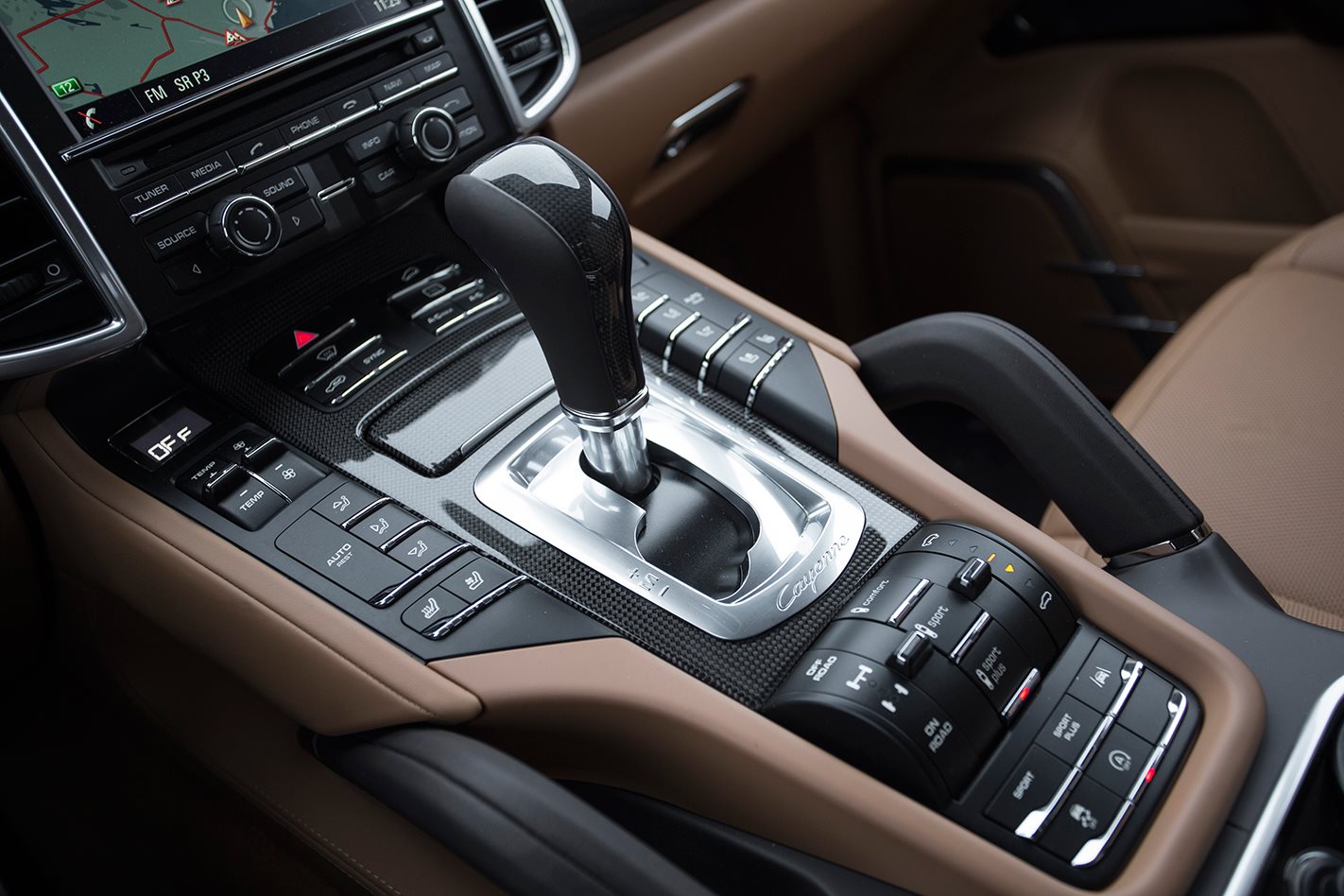 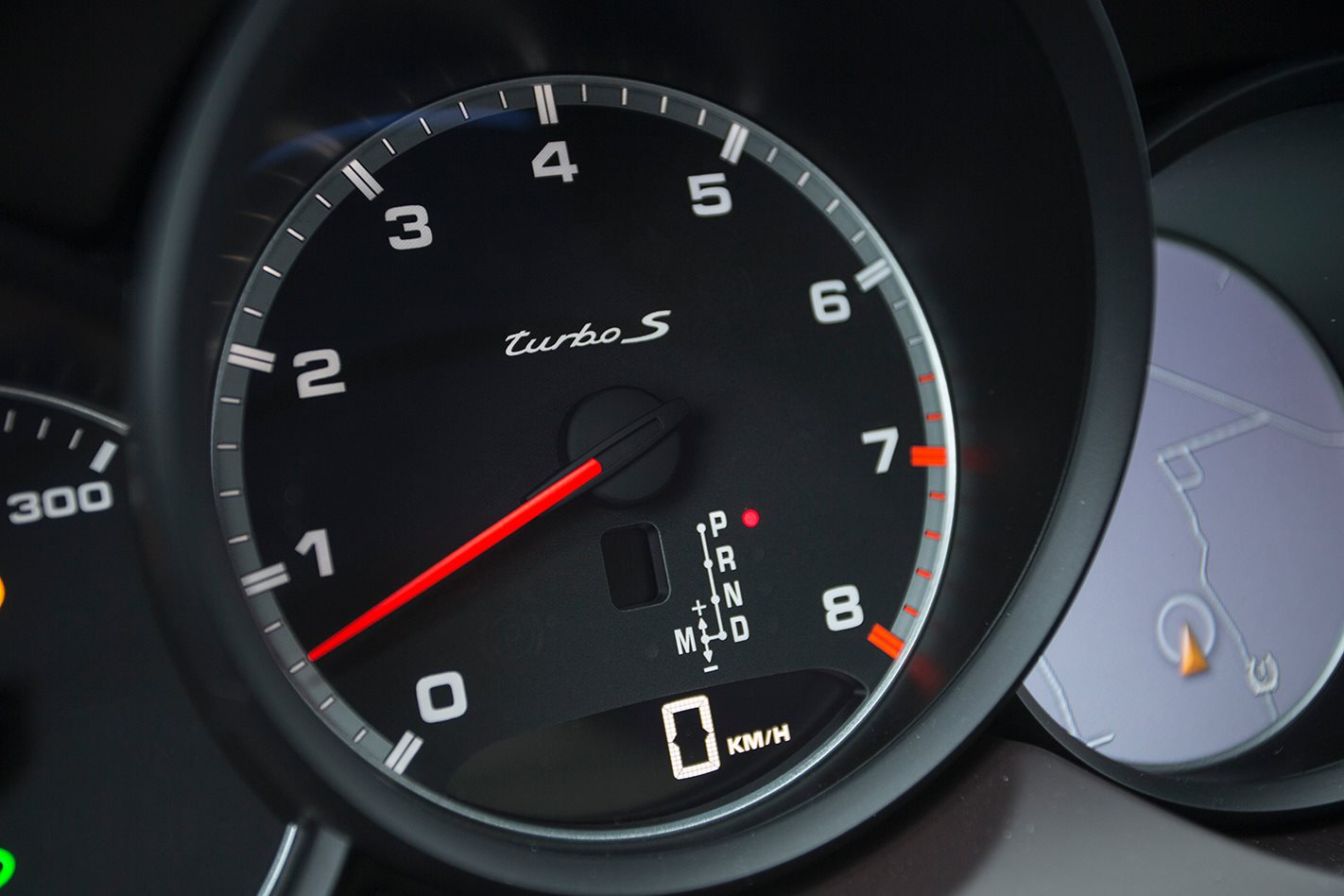 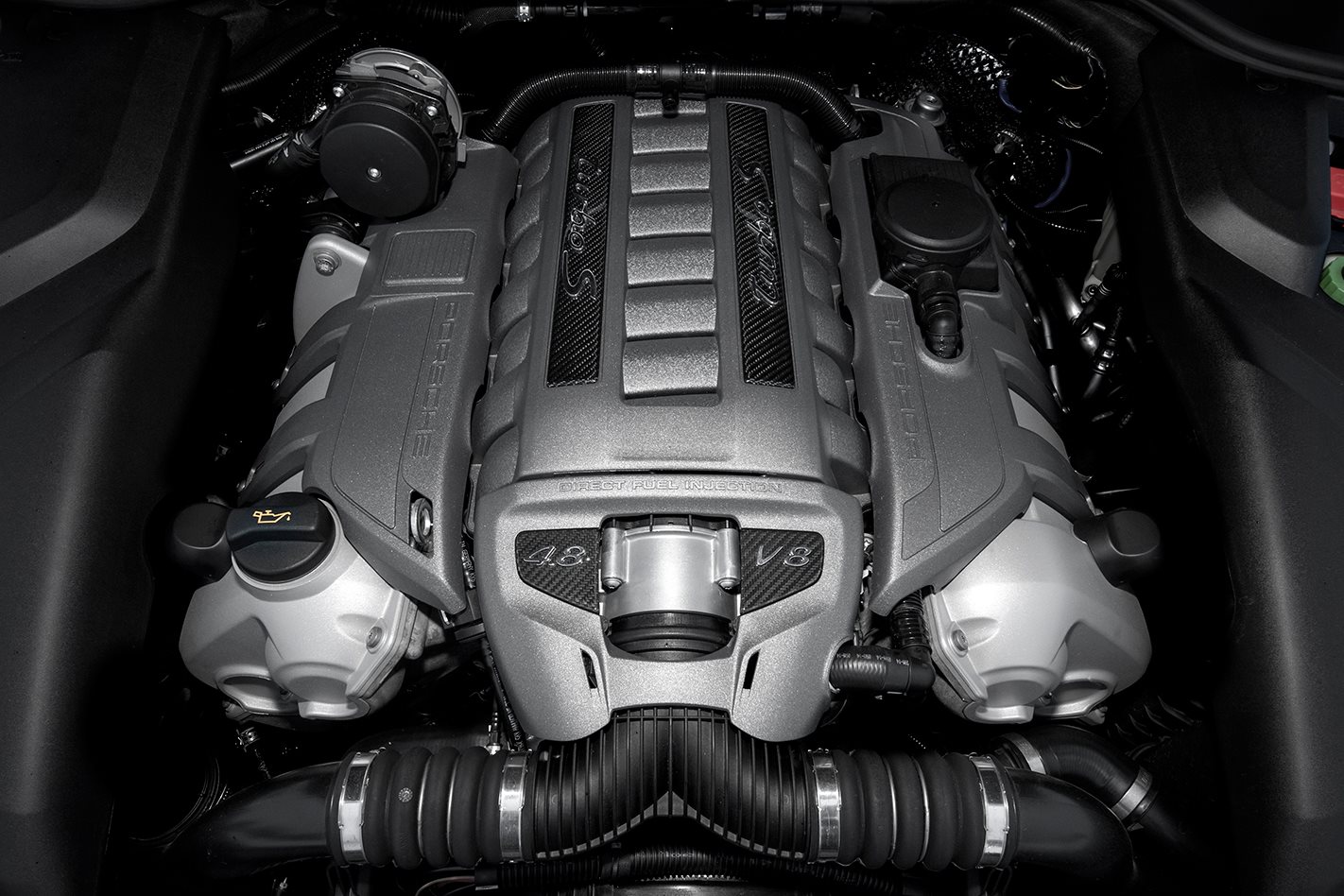