BMW plans to leave no stone unturned (literally) in the development of the fourth-generation X5. 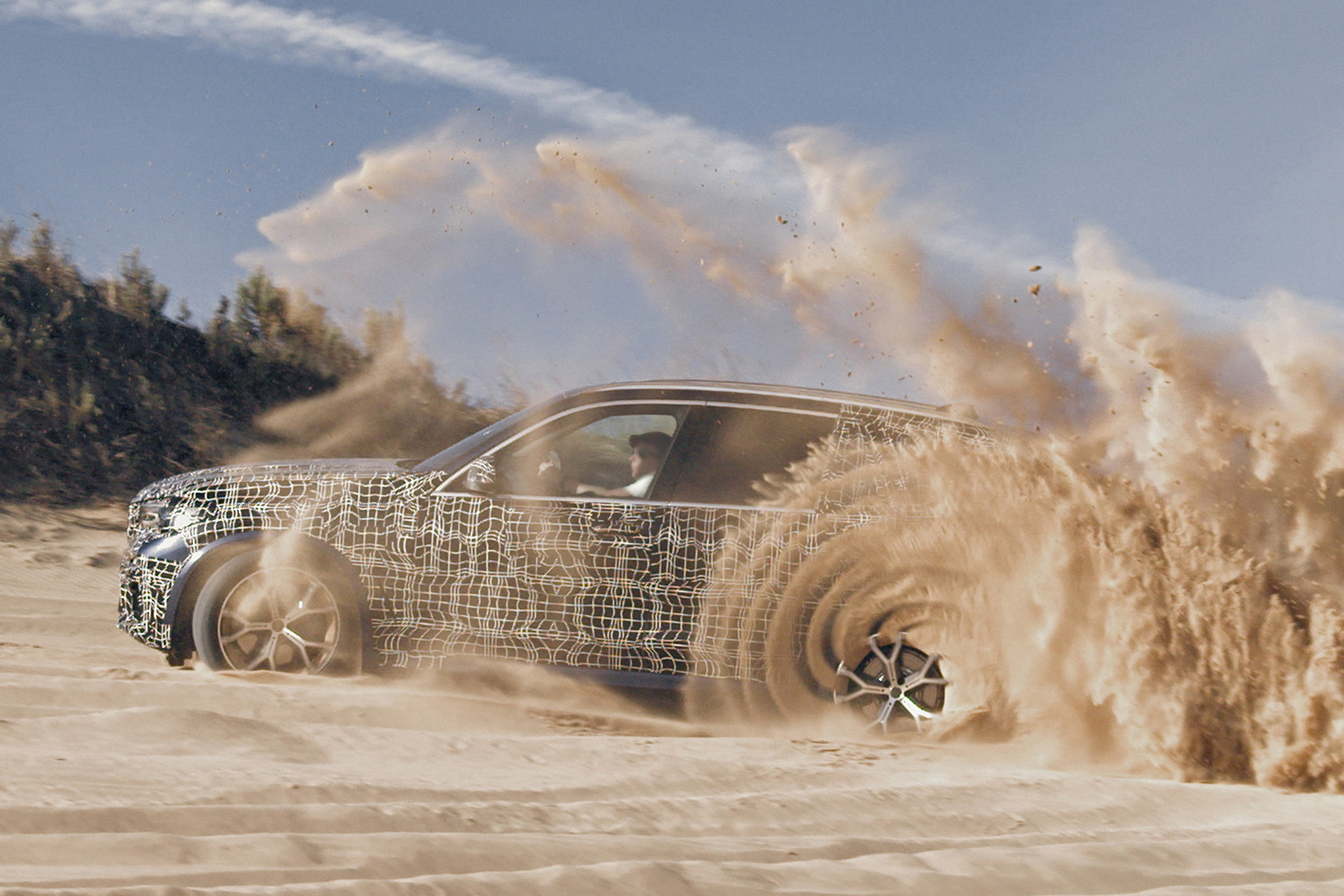 Pictured doing jumps, climbing mountain ranges and dune bashing, BMW’s next large SUV is closing out the end of its development phase ahead of a late-2018 global launch. Though more commonly seen crawling through more affluent suburbs rather than leaping over dirt trails, the company is keen to emphasize that the next-gen X5 will still boast commendable off-road credentials.

Tested to its limits all over the globe in as many different environments as possible, the X5’s development programme will not only test its versatility in every kind of terrain and climate, but also validate its on-road capabilities on the world’s most demanding race track, the Nurburgring Nordschleife. 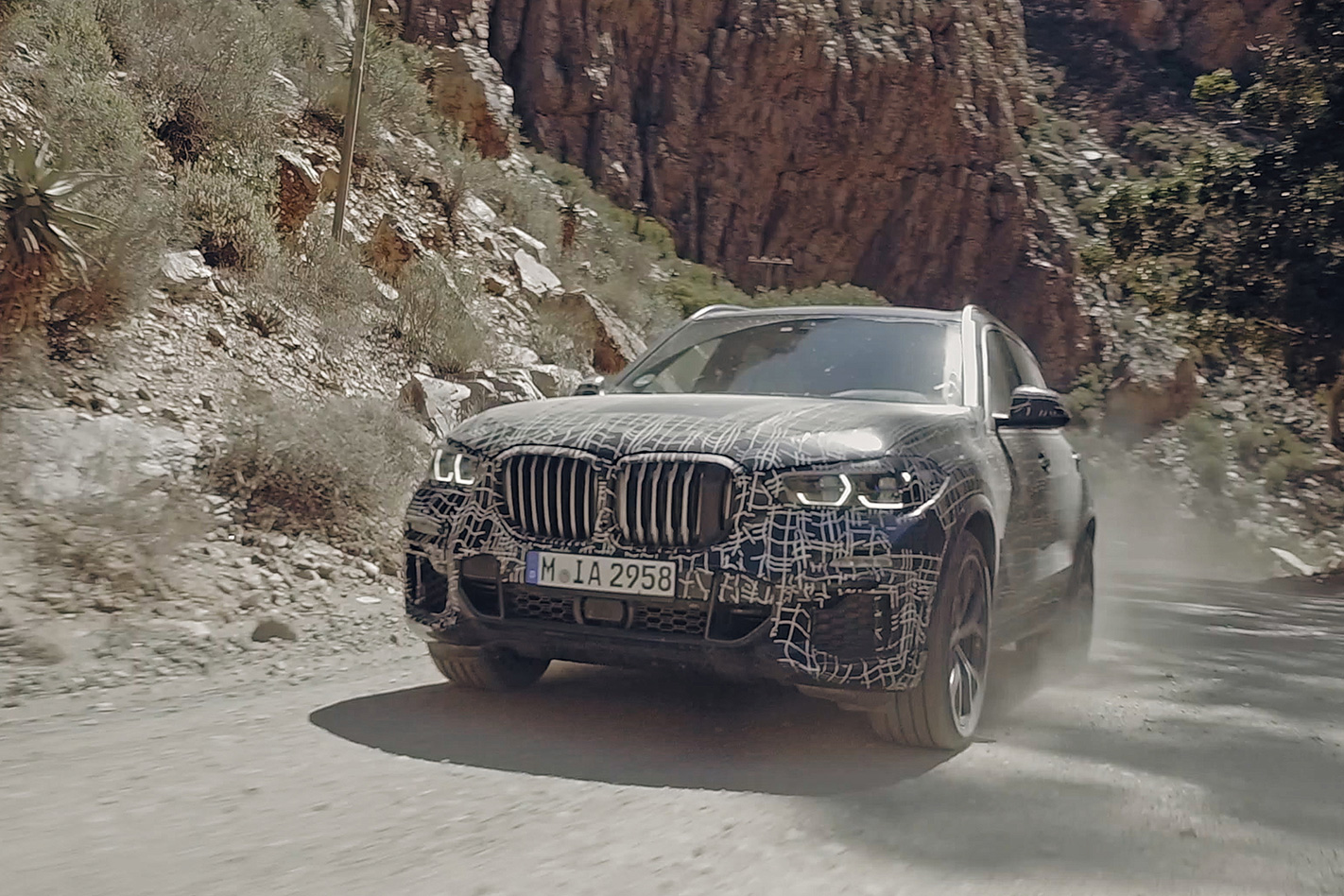 Expected to launch toward the end of the year, the G05-designated X5 will introduce a new suspension and chassis system which BMW describes as a first for its SUVs, and “virtually unique within the competitive field”. Set to be introduced to the X5 for the first time, Adaptive M Suspension Professional and Integral Active Steering will no doubt ensure that the X5 is as capable on the road as it is off the beaten track. 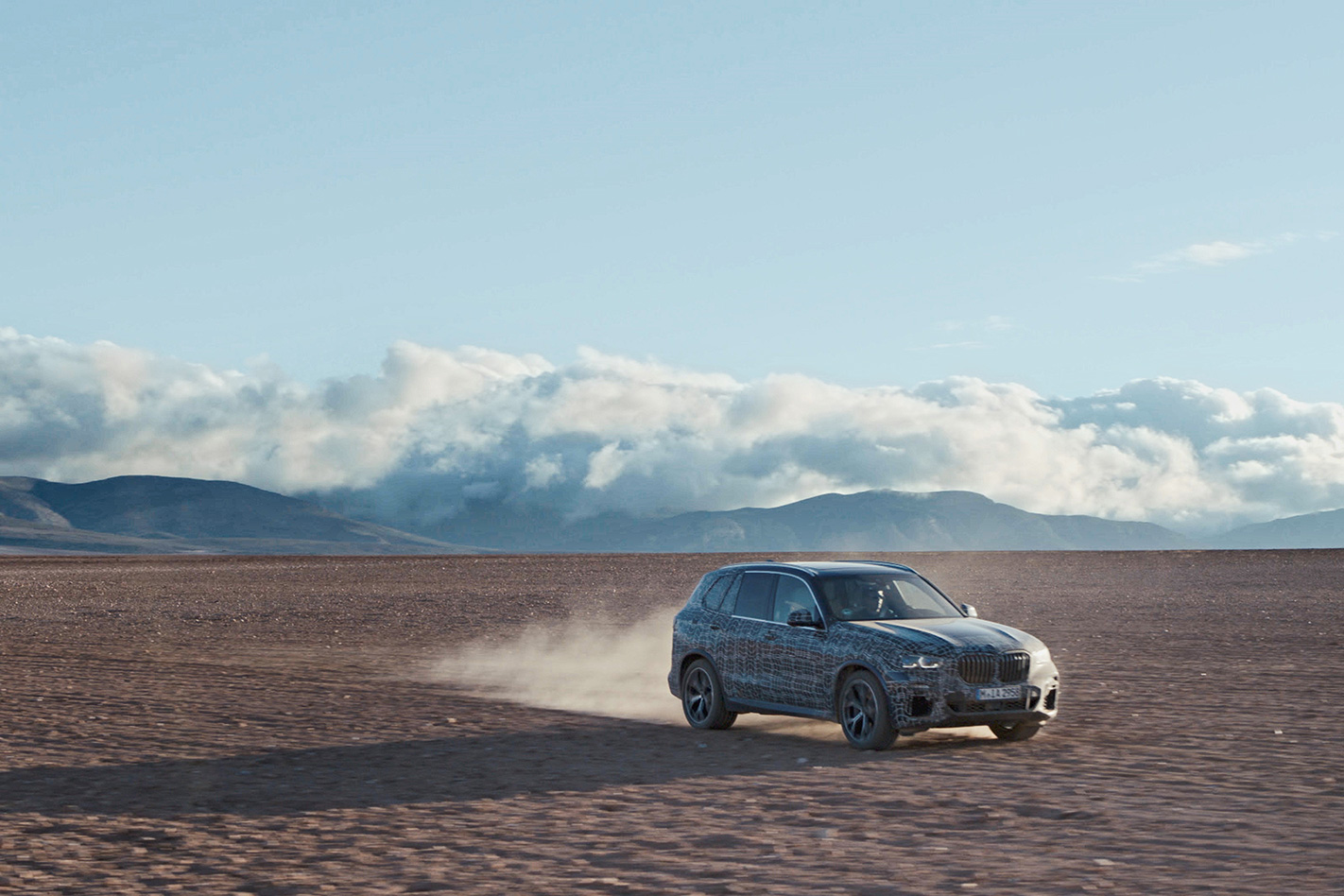 Claimed to balance both ride comfort and off-road ability (and able to change between ride set-ups at the press of a button), the development of the X5 has taken engineers from a winter test centre in Arjeplog, Sweden to gravel tracks in South Africa and to the scorching heat of desert dunes in the USA.

Usually the life cycle of BMW’s X models lasts an average of six years; however BMW will retire the current F15 generation after just five years in showrooms. The rush to bring the G05 X5 to market probably owes something to the current car’s now 12 year-old basic chassis, which itself was derived from the E70 X5. 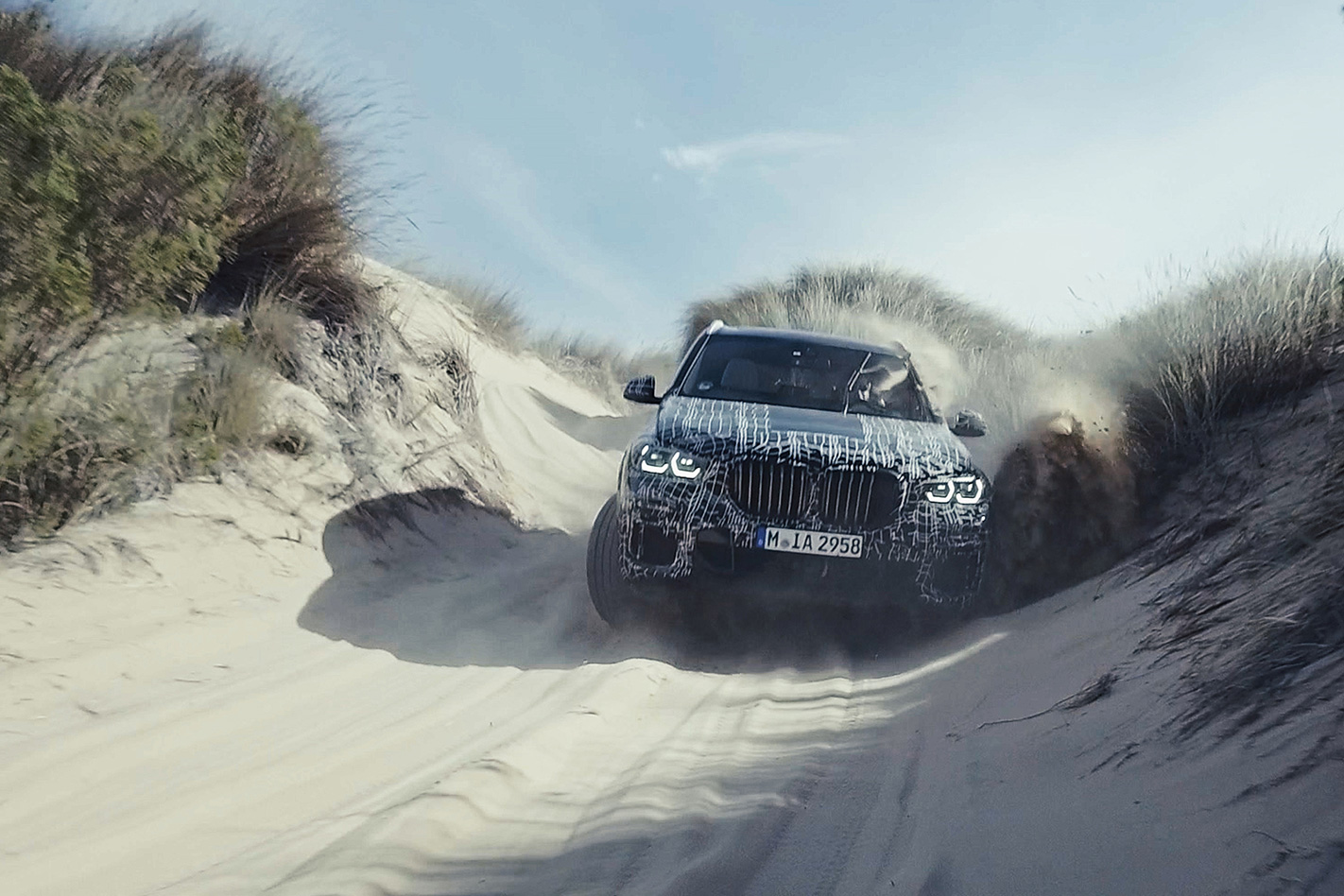 “The new BMW X5 meets the very highest demands with regard to agility, precision, control and comfort” said BMW in a statement. 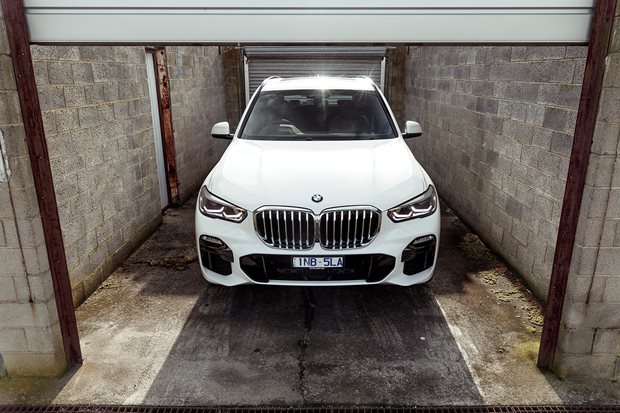 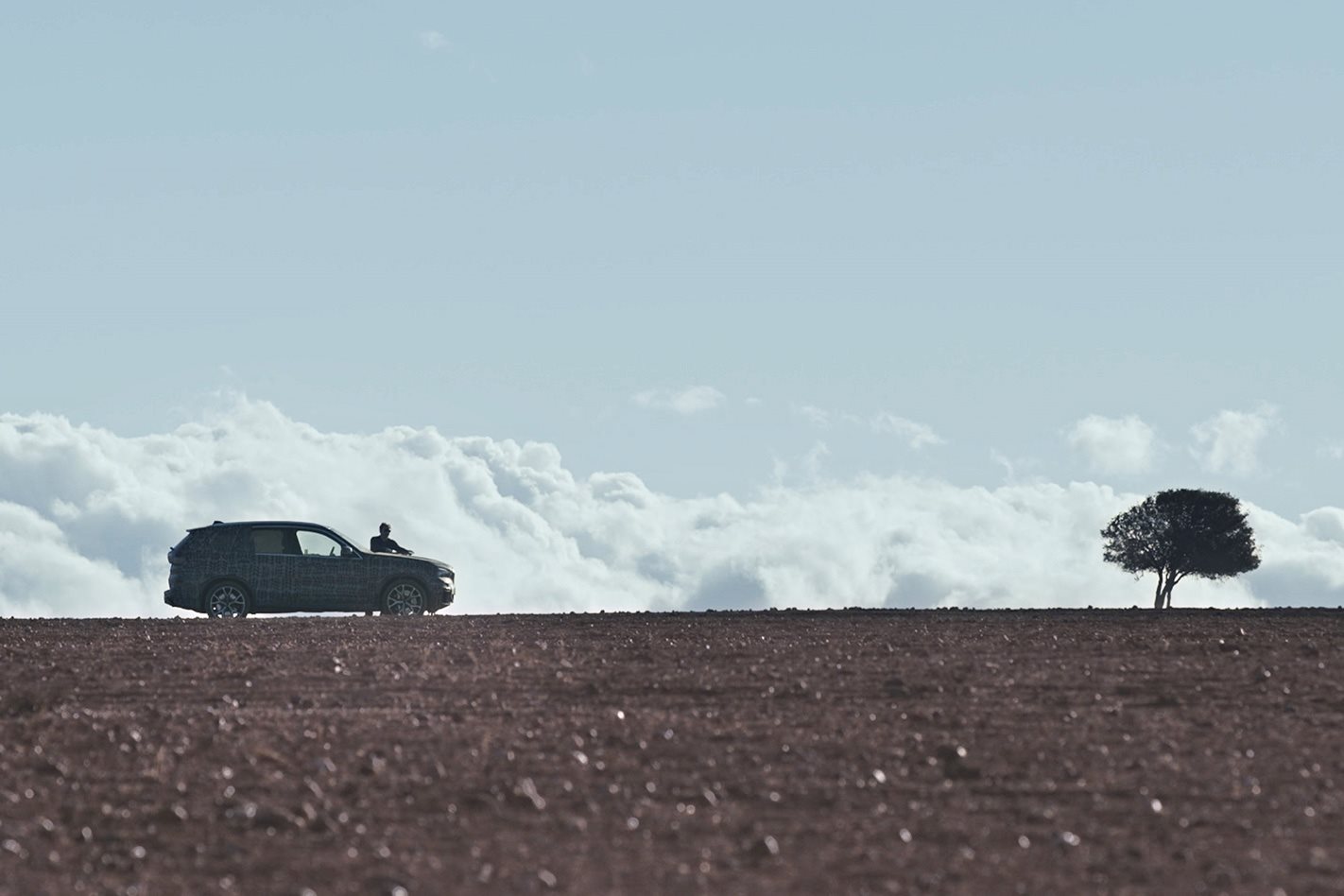 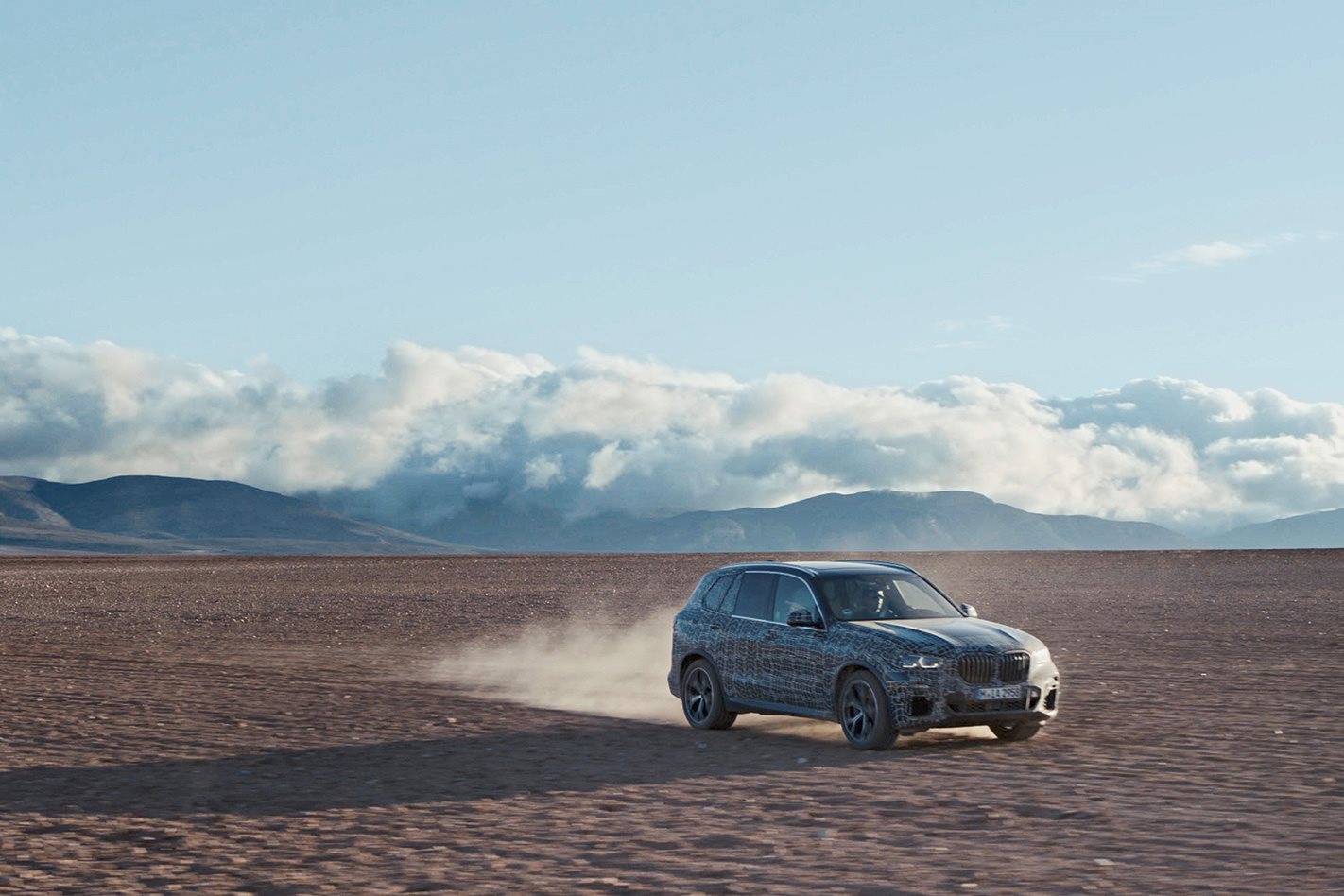 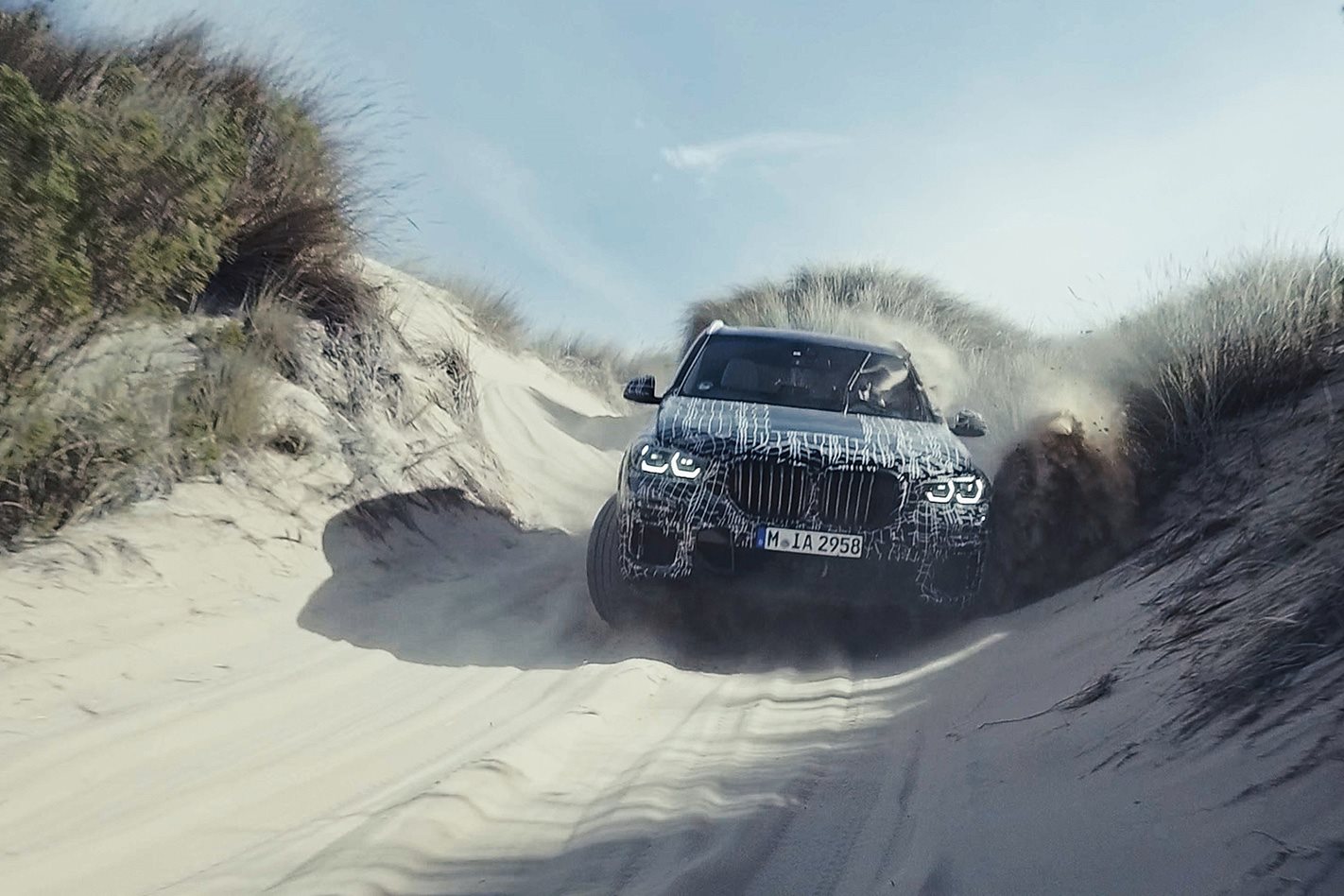 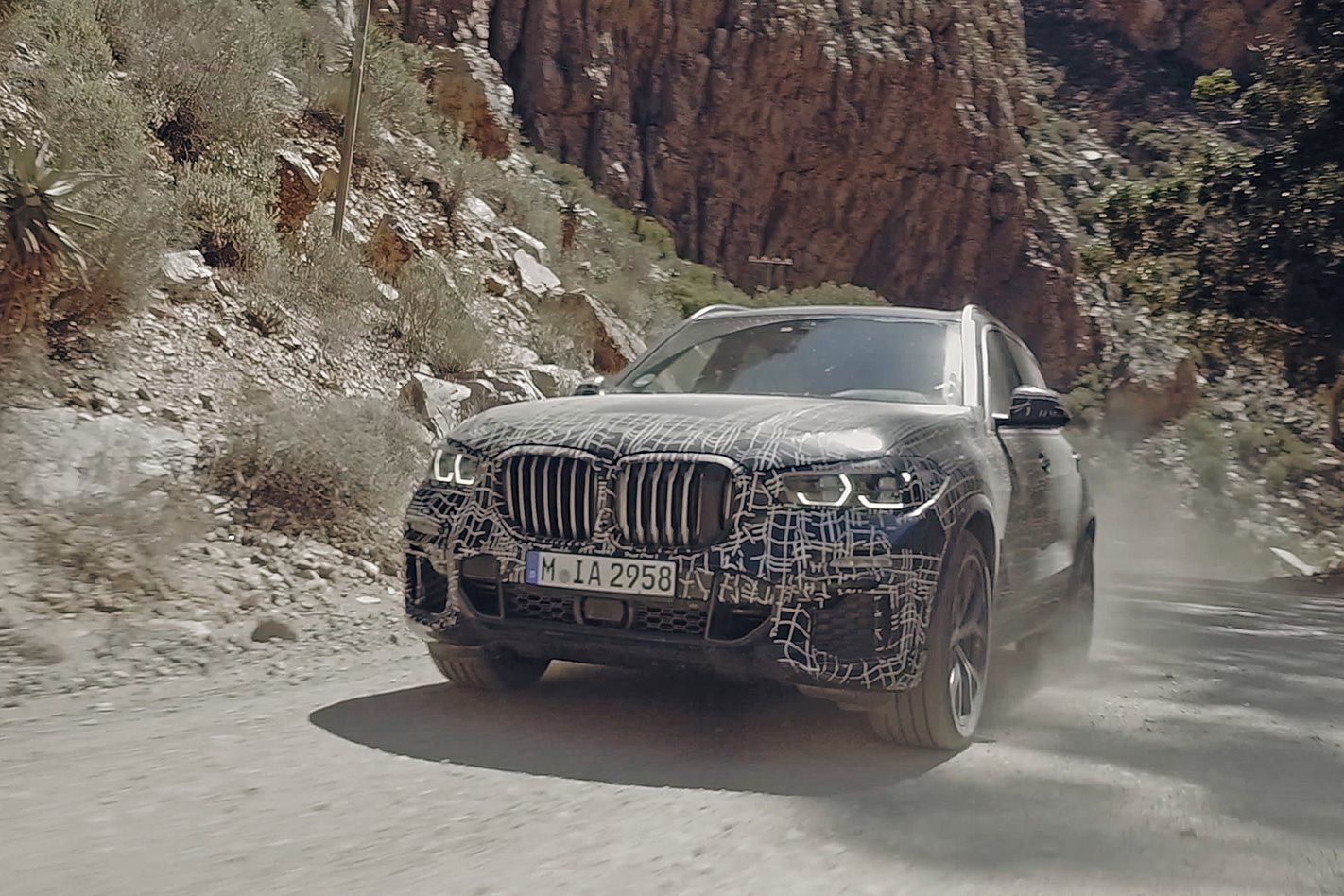 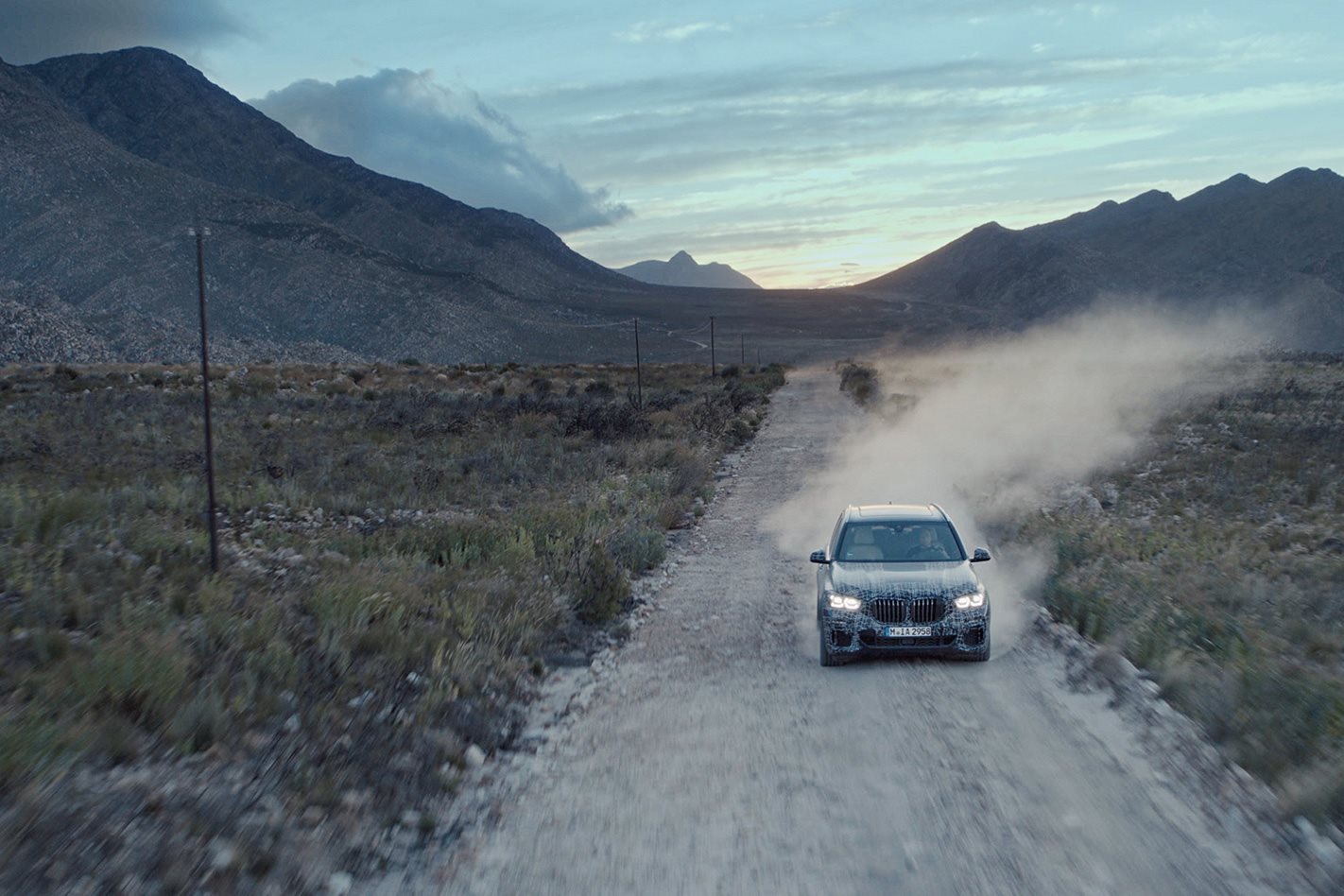 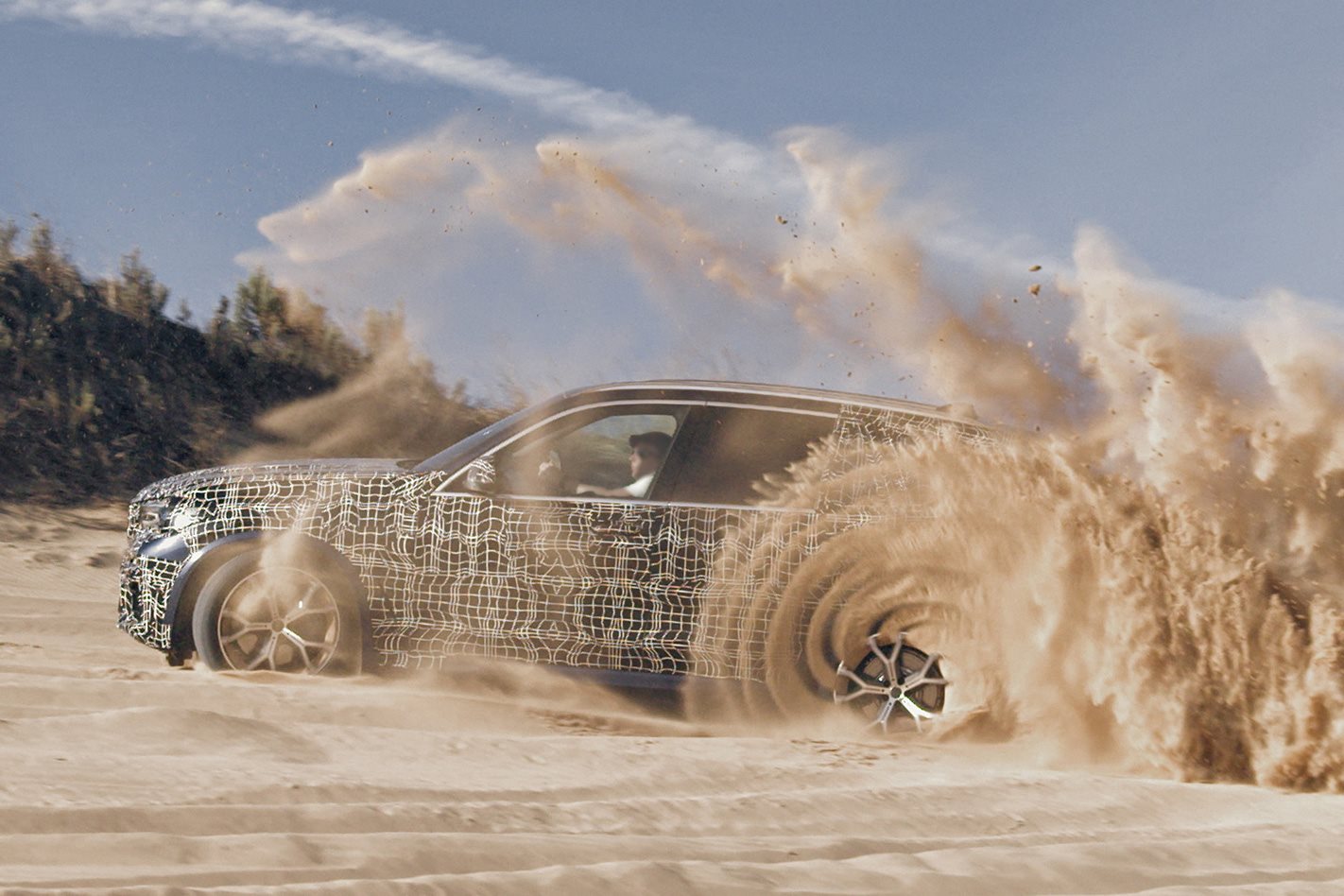 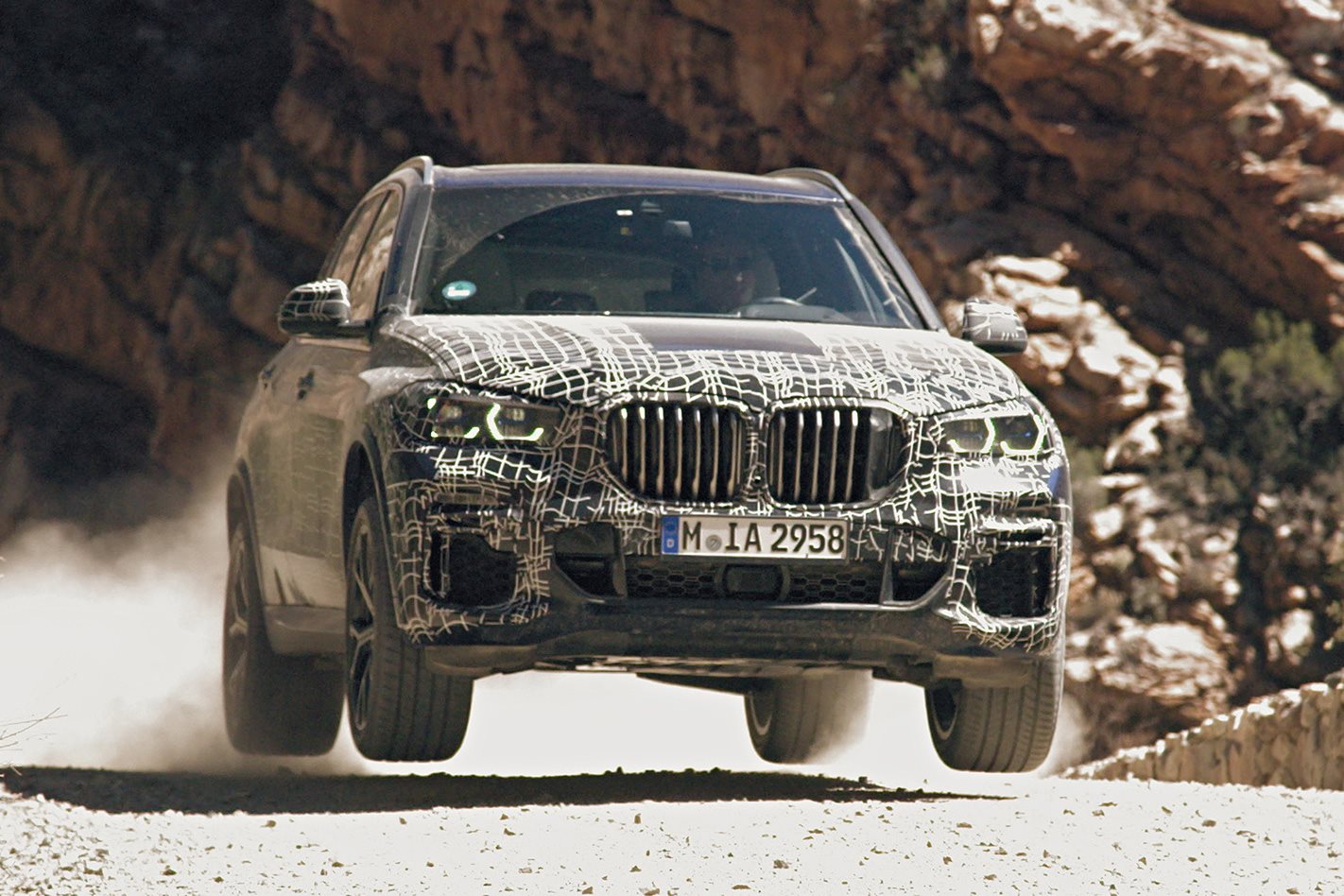