THE RENAULT Clio RS16 is the wildest hot hatch from the French car maker in years – and Renault Australia wants it here.

Unveiled on the Friday of the Monaco Grand Prix - where Aussie Daniel Ricciardo and his Renault-powered Red Bull were robbed of victory two days later - the RS16 is officially a concept car but the extreme Clio is being mooted for production by the end of the year.

And if that’s confirmed, it’ll head Down Under.

“This concept car is definitely one of the most exciting we’ve seen from Renault Sport recently,” said Renault Australia MD, Justin Hocevar. “The RS badge certainly has a strong fan base here in Australia. While this concept is just that – a concept car – if there were plans beyond this, then Australia would definitely want to be placed as far towards the front of the queue as possible.” 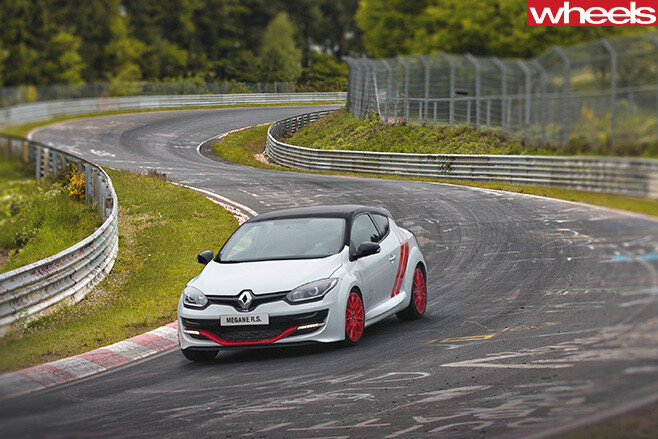 That’s supported by sales of RS models here, where we’re second only to Japan in our lust for the fast French metal. Backing that up, is the fact that we’ve enjoyed a good proportion of limited edition RS model production in the past. While we missed out on hotties such as the RS225 R26.R in 2009, Renault Australia did secure 50 of the 250 global production run of the 2014 Megane RS275 Trophy R.

Renault itself also has a stronger argument with head office, with Australian sales having increased from a paltry 1907 only five years ago to an impressive 11,525 in 2015. It has firmly shaded French foes Citroen, DS and Peugeot in the local sales contest. The Clio RS16 is named after the French car maker’s current Formula One chassis, and uses the 2.0-litre four-cylinder turbo from the Megane RS275 Trophy R, the machine that claimed a Nurburgring class lap record in May 2014 (since shaded by the Honda Civic Type R).

The Clio RS16 could be the car to reclaim that record and would also go a long way to maintaining the RS division’s serious street cred because, as well as trick suspension and a significant weight reduction, it will also have a manual gearbox.

The RS16 brings Renault’s hot hatch back into the purist zone as the wildest concept since the Clio V6 and the Renault R5 Turbo.