It’s either known as the Renault Megane Sedan or Renault Megane Grand Coupe, but regardless which nomenclature you go with, it’s the new four-door member of the French brand’s crucial small-car family.

Renault has confirmed Australia will be one of 20 global markets to adopt the Grand Coupe (we’ll use the fancier nameplate), despite the previous sedan – called the Fluence – being dropped in early 2015 due to slow sales.

There’s the same stylish front end and high-waistline body with as shallow a day light opening as the hatch and Renault Megane Sports Tourer wagon due here in September, though the four-door marks itself out in a couple of key ways. 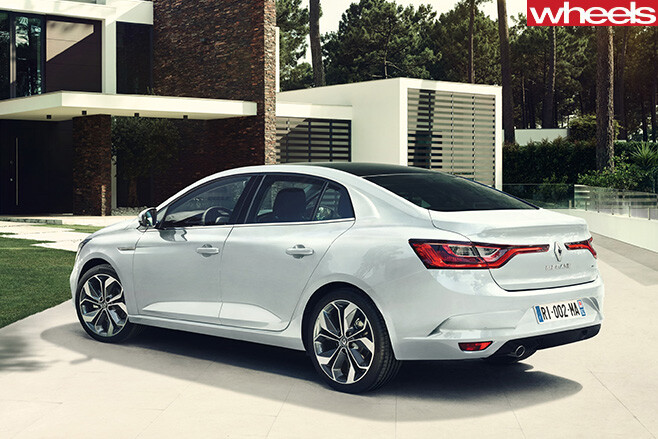 There’s a full-length glass roof that creates an effect of floating roof-arches, and the roofline itself slopes more seamlessly into the bootlid, compared with a traditional-looking sedan.

On the practical side, the Grand Coupe sits in the middle of the hatchback and wagon with 508 litres – about 75 litres more than the hatch and about 13 litres less than the most practical Megane.

Renault hasn’t released dimensions for the Grand Coupe, though again it’s likely to be sandwiched in length by the other Megane variants. The hatch is 4359mm long; the wagon is 4626mm nose to tail. 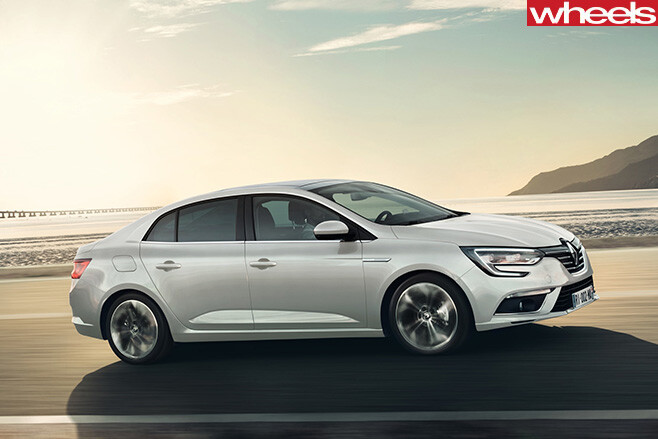 And the same driver-aid tech will be available, which includes autonomous emergency breaking, adaptive cruise control and warning systems for veering out of your lane accidentally or into to the path of a vehicle in your blind spot. 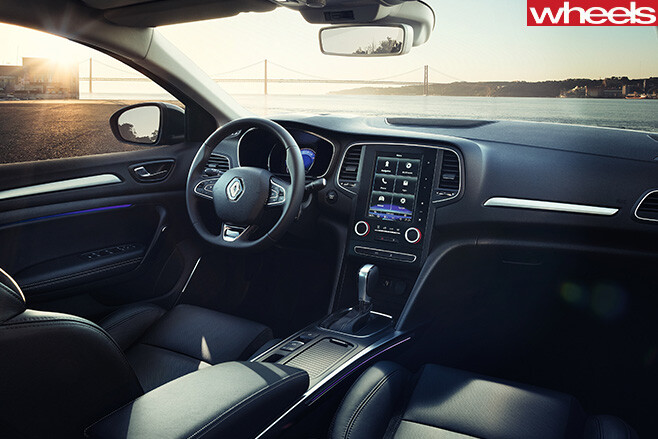 That leaves the 97kW 1.2-litre turbo petrol with either six-speed manual or seven-speed dual-clutch as the sportiest drivetrain for now if, as expected, it’s confirmed as one of the options for Australia.

The four-door Megane will again be built in a different country to the five-door. The Grand Coupe switches from the Fluence’s South Korea plant to Turkey, with the Megane hatch produced in Spain.