Renault’s third-generation Megane RS is dead – but long live the king of front-drivers that after almost exactly six years remains the benchmark for the stuff we love as drivers.

In marketing terms the Megane III RS 250, 265 and 275 will always be remembered for their ability to tame Germany’s famous Nurburgring circuit. Previously in June 2008 the big-bummed Megane II RS R26 set a front-wheel-drive production car record after the plastic-windowed stripped-out hot-hatchback set an 8minute 17second lap.

Fast forward three years and a production Megane III RS 265 complete with glass windows and a rear seat, reduced that time to 8min 8sec – and the limited edition 8:08 was born.

Since then, Honda has busted the Civic Type-R around the ‘ring in 7min 50.63sec followed by Volkswagen with the Golf GTI Clubsport S at 7min 49.21sec – but neither made it to Australia and particularly in the latter case we only get a watered-down 40 Years edition.

Renault Sport, meanwhile, served Australia more examples of the 275 Trophy-R than any other country bar one, a 50-unit haul at $61,990 driveaway. So, really, the others can eat the Frenchie’s RS. 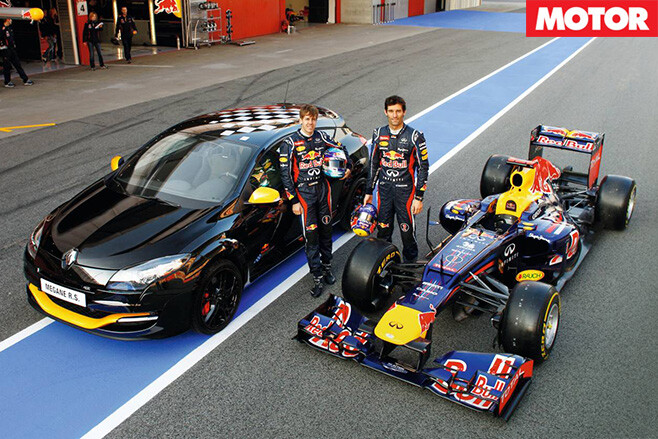 For enthusiast drivers, however, the Megane III RS 250 was a revelation of a kind beyond numbers when it debuted at the Sydney Motor Show in October 2010.

The range started from $41,990 (plus orc) and included a 184kW/340Nm 2.0-litre turbocharged four-cylinder (25 per cent new compared with Megane II) and six-speed manual transmission, with a standard front limited-slip differential all together capable of sprinting the Megane III from standstill to 100km/h in 6.1 seconds. 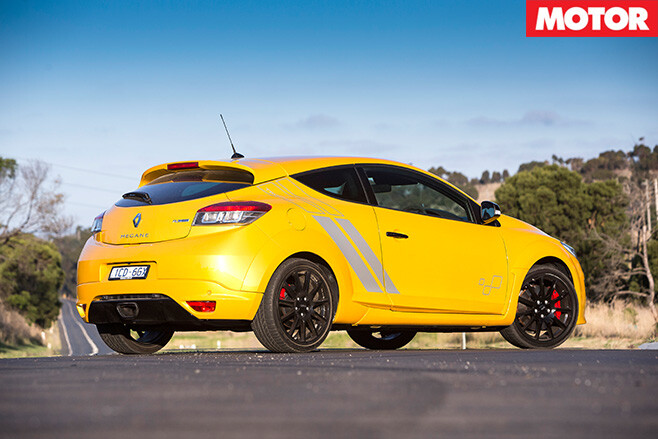 Having lived with a yellow RS 250 Trophy for six months – French tragic alert: own a 205 GTI, have owned a Clio RS 182 Cup – the thing that will always remain defining about this particular Renault Sport is the natural harmony, fluency and tactility of every control.

Steering, gearshift, brakes – each an extension of limbs in a very Porsche-like way.

It isn’t often in this game that a model that comes out in October 2010 is still setting benchmarks approaching October 2016, but drive the Megane III RS 275 today and those traits are still virtually unmatched in a vehicle that still asks $44,000 (plus orc).

Of course there were – and are – options, the most popular of which being the 19-inch Steev alloy wheels with particularly sticky Bridgestone Potenza RE050 tyres, and Brembo brakes and Recaro sports seats either cloth- or leather-trimmed depending on the grade. 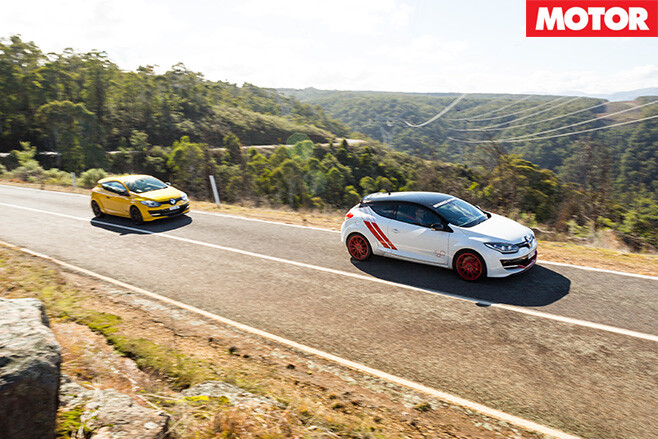 The Megane III became incrementally better when it switched to the RS 265 in August 2012, with outputs rising to 195kW/360Nm when you switched to the ESC Sport mode that itself was impeccably tuned.

Of course the turbo grunt, front LSD and a clever steering axis that virtually eliminated torque steer, all meant that driving the Megane III hard through its front-end was possible, placing power promptly where other fast, flaky front-drivers would crumble. But the magic of this Renault Sport was also a rear-end that loved to get involved in the action.

That trait was no more evident than with the stripped-out two-seater Megane III RS 275 Trophy-R limited edition. With its burbling Akropovic titanium exhaust, Ohlins multi-tier manually adjustable dampers, lightened kerb weight particularly at the rear, and 19-inch Speedline Turini red wheels, it was the icing on what was already one yummy cake. 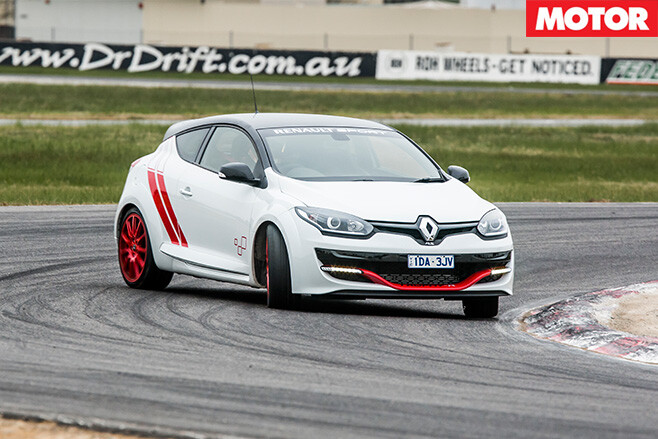 Born for the track, yet also a model of engagement and fluency on the road, the Trophy-R heightened the Megane III’s playful nature while also allowing hardcore pace when driven smoothly (nee professionally).

There are myriad hot-hatchbacks in the market these days, but even the likes of a Golf GTI 40 Years or Peugeot 308 GTi 270 struggles to match the Megane III’s raw engagement and feel. Arguably, its smaller brother the Clio IV RS has mis-stepped in these regards, particularly with automatic-only availability (and a dull one at that).

Within a year or so, we’ll know, but for now it’s farewell to one of the world’s finest hot hatchbacks…