There are a few liveries in Australian Touring Car history that are as recognisable today as the face of a mate or the label on your favourite brand of chocolate.

The ‘Silver Bullet’ VT Commodore V8 Supercar is one of those. Touring cars, not chocolates.

Driven by Russell Ingall in the 2000 V8 Supercars championship, The Silver Bullet was partnered by a black Castrol-liveried sibling piloted by Larry Perkins. 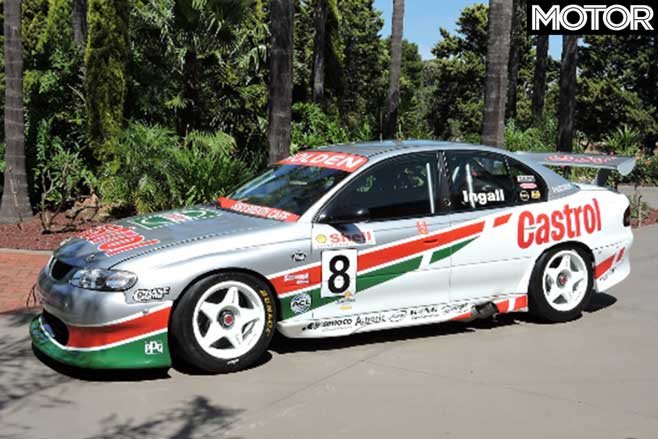 The Castrol-Perkins team and its two legendary drivers didn’t have the most successful of years in 2000, but that hasn’t stopped the car driven by Ingall from becoming an icon.

Rick Kelly’s Nissan Altima even donned the livery in the 2019 Bathurst 1000 by way of vote from fans.

Now, the original Silver Bullet is for sale, and its current owner has been reportedly excellent to deal with according to Jack Perkins, who manages much of Perkins Engineering’s business these days.

MOTOR gleaned some background on the car from Perkins, as well as confirmation the car and its sale were legitimate. 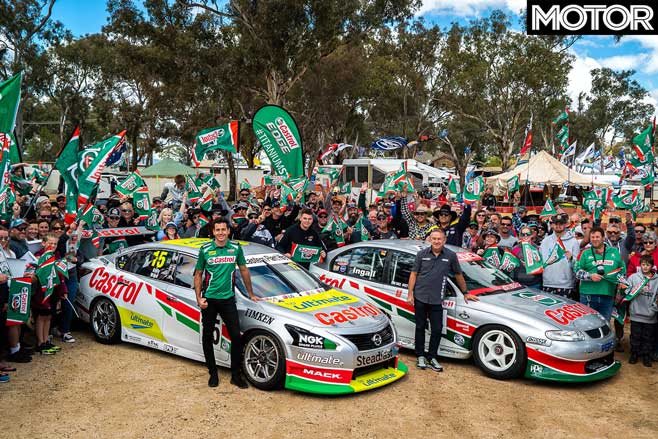 “Technically speaking, this was Perkins Engineering’s second car using chrome moly [chromium molybdenum, an alloy] tube for the roll cage (as opposed to standard steel tube), and it was the first car fitted with the now famous Larry Bar.”

For those out of the loop, the Larry Bar was a “a diagonal roll cage bar across the front window opening section of the chassis,” Perkins adds.

Though originally a VT, which is what it’s referred to as, ‘PE036’ was later upgraded to VX-spec. After its stint with Castrol-Perkins, it was sold to Team Kiwi Racing, making it the second PE car sold to TKR during 2001, Jack Perkins recalls. 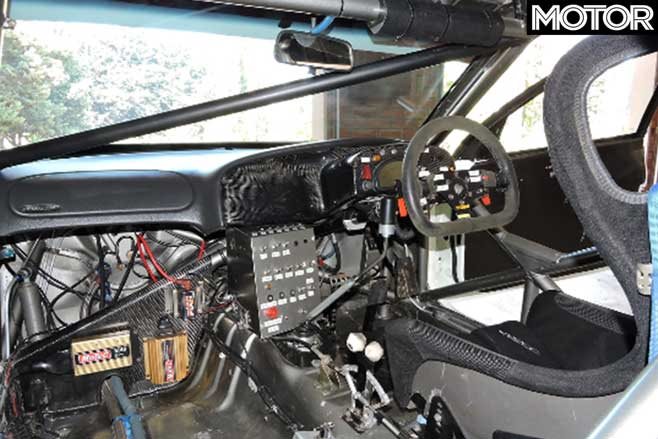 “Mark Porter was the last TKR driver to drive it in 2004, before current owner Mark Papendell bought the car in 2005.

“Papendell raced it in the DVS Supercar Series in 2005 and 2006. Since then Mark has restored the paint scheme the 2001 Silver Bullet Castrol livery.”

Currently, the car is for sale at an asking price of $500,000, which will include an original set of wheels as well as spares, plus all the logbooks and paperwork from CAMS and Perkins Engineering.

“Mark has been a great custodian of the car during his 15-year ownership,” Jack Perkins says, “we look forward to meeting whoever the new owner is when or if the car is sold.”