Two V8 Supercar legends bury the hatchet and face off in the final Holden vs Ford battle. But which is faster at full noise around Sydney Motorsport Park? The Commodore SS-V Redline with Skaife at the wheel, or Ingall in the XR8 Sprint? Place your bets.

THE final round of the 2003 V8 Supercar Championship is one of the most notorious events in Australian motorsport history. While it should be remembered for Marcos Ambrose winning his first title in a commanding fashion, the Eastern Creek (now Sydney Motorsport Park) round is best known for when Russell Ingall and Mark Skaife came to blows in incredible fashion. The on-track meltdown, notoriously dubbed as the ‘Shriek at the Creek’, is one of the most spectacular displays of a driver rivalry exploding beyond repair. It was so intense that Skaife and Ingall refused to speak for over a decade. 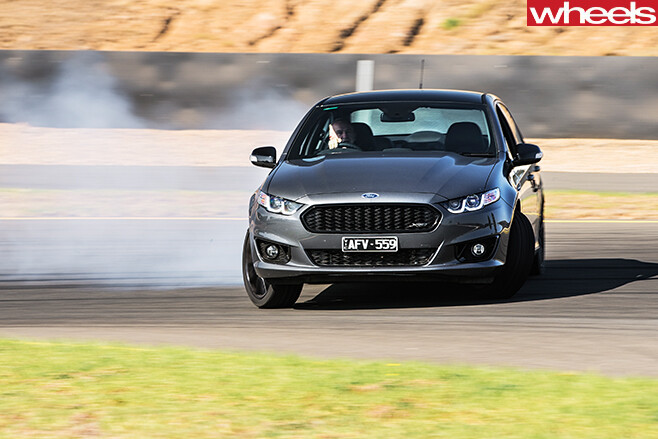 Thirteen years on, Wheels has dragged these two Bathurst champions back to the scene of the crime, but this time they’re brawling for something even greater: eternal racetrack glory for Ford Falcon and Holden Commodore.

The idea is simple: Stick Skaife in the Commodore, Ingall in the Falcon, let them loose and see who records the fastest time. With the timed laps complete, an expression session followed where both drivers put their drifting skills to the test. It’s here that we should point out that we went to painstaking lengths to ensure an equal playing field. Both cars had the same amount of fuel, the same tyre pressures, and the same Wheels journalist riding shotgun. Each driver was given four laps, electronically timed. The only area of concern was the fresher Bridgestone Potenzas on the Commodore. The Falcon arrived from Ford with tyres that looked rather worse for wear. 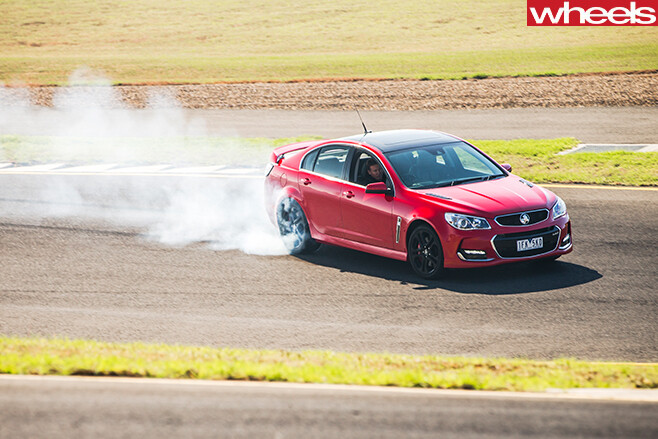 The showdown was fierce, with both drivers trying their all. The result? Well, you will have to watch the video for that! What we can tell you, though, is that just like Skaife and Ingall, both of these cars will become legend – gone but not forgotten.