2016 Ford Falcon Sprint The making of a legend

ITS name comes from Ford’s history, but the look of the last Ford Falcon intentionally owes nothing to the past.

“We weren’t trying to do anything retrospective; it was all about being the best and the most forward looking and the most optimistic for Ford as a company,” Ford Falcon XR6 Sprint and XR8 Sprint lead designer Nick Eterovic told Wheels.

The final Falcon model to come out of Broadmeadows before the assembly line irrevocably halts on October 7 has no stripes, big wings or Super Roos spinning tyres. 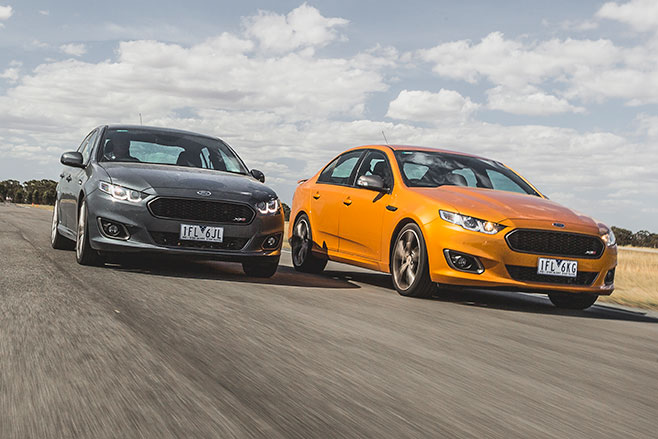 “We drew inspiration from current and future trends rather than going back,” Eterovic explained. “There’s no kangaroo with wheels on the side and that’s just one example of an iconic example we could have picked up.

“It’s a much more worldly approach and even a look at some of the European cars that’s are gaining more and more popularity.

“We wanted it to look low, planted, technical and modern and hint to future portfolios.”

If the latter truly is the case, then expect black to be a popular part of the Ford portfolio going forward, because black is the is the colour of the Falcon Sprint, especially the XR8 which alone has a twice-painted black roof and quad pipes in black. Both cars also have black alloy wheels, a first for Ford Australia. 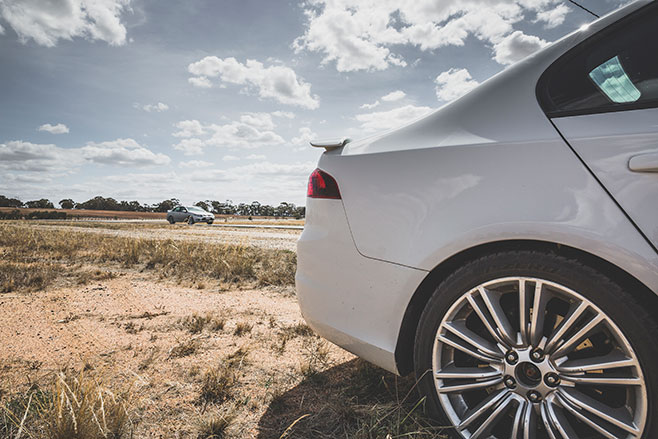 One nod to tradition is the ‘island’ graphic in the V8’s door, while the I6 has a new ‘hockey stick’ graphic on the rear corner. All in black of course.

It’s also the colour of finality, Wheels points out: “That never came to us,” Eterovic responded after a startled pause.

“We wanted to make the car a legitimate in the series walk,” he added. “Rather than be a dressed-up XR this was going to be a Sprint.

“So we made sure the Sprint had enough elements to guarantee its own place within the line-up.”

For what is obviously a budget and time-constrained limited edition, the Sprint has had a significant amount of effort put into its appearance. The new front foglight meant new tooling for the bumper while the V8s require two trips down the assembly line to have the roof blacked out.

There was also some innovative thinking. The XR6 Sprint has its build number recessed into the surface of the cylinder head rather than just stuck on. That was done at no cost because the team at the Geelong engine reclaimed and modified an engine die used for the old AU Falcon XR6 Intech VCT.

“We are going the extra mile, we are doing things properly,” said Eterovic. “Out of respect to the car we are dealing with complications and processes that normally wouldn’t have otherwise been easy to achieve.”

Want more? Read all about the Ford Falcon XR6 and XR8 development program in the April edition of Wheels, on sale now. Subscribe via Magshop, the iPad via the iTunes Store, or on Android devices via Google Play.