This auction site is selling hundreds of wrecked supercars

Have you ever seen a Ferrari 458 that’s literally burned to the ground up for sale online? We hadn’t until we stumbled upon the wrecked supercar hell that is Copart’s online auction site.

We were alerted to the nature of some of Copart’s listing by a Bloomberg article on the company founder, but we don’t really care too much about him. Instead, we’re mesmerised by the state of some of the cars up for sale… and their prices. 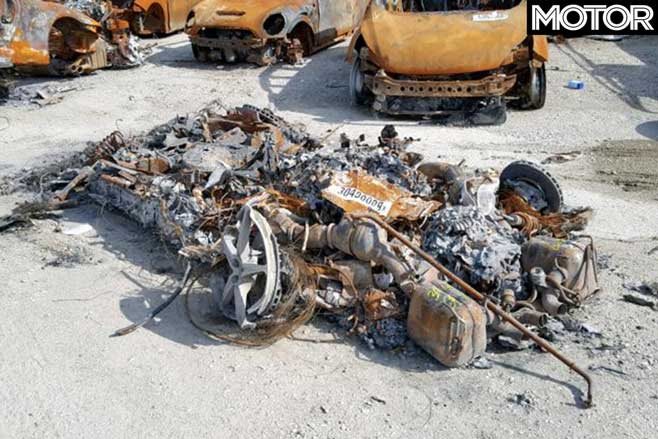 If you want that burned up Fez, we’re sorry to say it already sold. Yep someone bought a pile of Maranello ash. Don’t worry, they would have known what they were getting into – the listing says ‘this vehicle is being sold as is, where is.’

Why do supercars catch fire? We explain!

Interestingly, the paint colour is listed at ‘burn’. Actually, it’s interesting there are any details listed at all – it’s certainly no longer rear-wheel drive, or an ‘enhanced vehicle’. There are no miles on the odometer, though. Bonus!

There’s a Ferrari 458 in Slightly better condition if you’re after one, though it is missing pretty much all of its front end. And it has damage to the rear left. It’s currently sitting on a USD$200 bid though, and that’s not bad given it still has the engine. 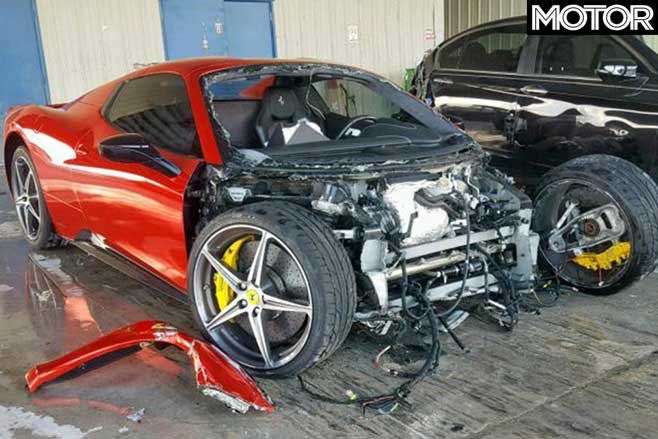 If you really must have a car that’s still got most of its parts, there’s a McLaren 650S with your name on it, even if most of those parts have been damaged in various ways. There are also random bits of wood throughout. Its current USD$325 doesn’t sound bad for what it is, though.

There are plenty more bizarre listings, even one Lotus Esprit (main image) that’s been rolled and is also a “biohazard/chemical” write-off. We don’t even want to know why. 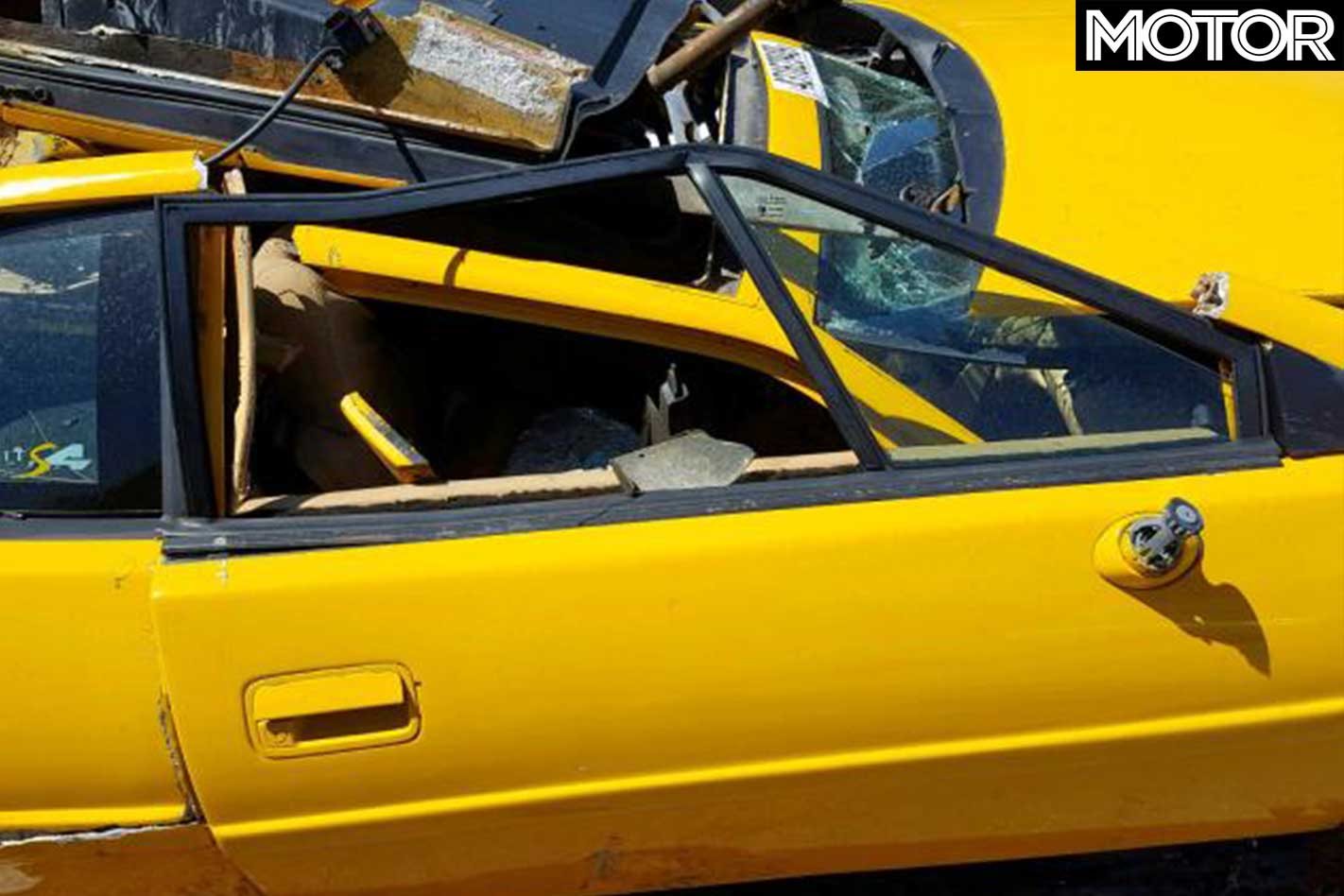 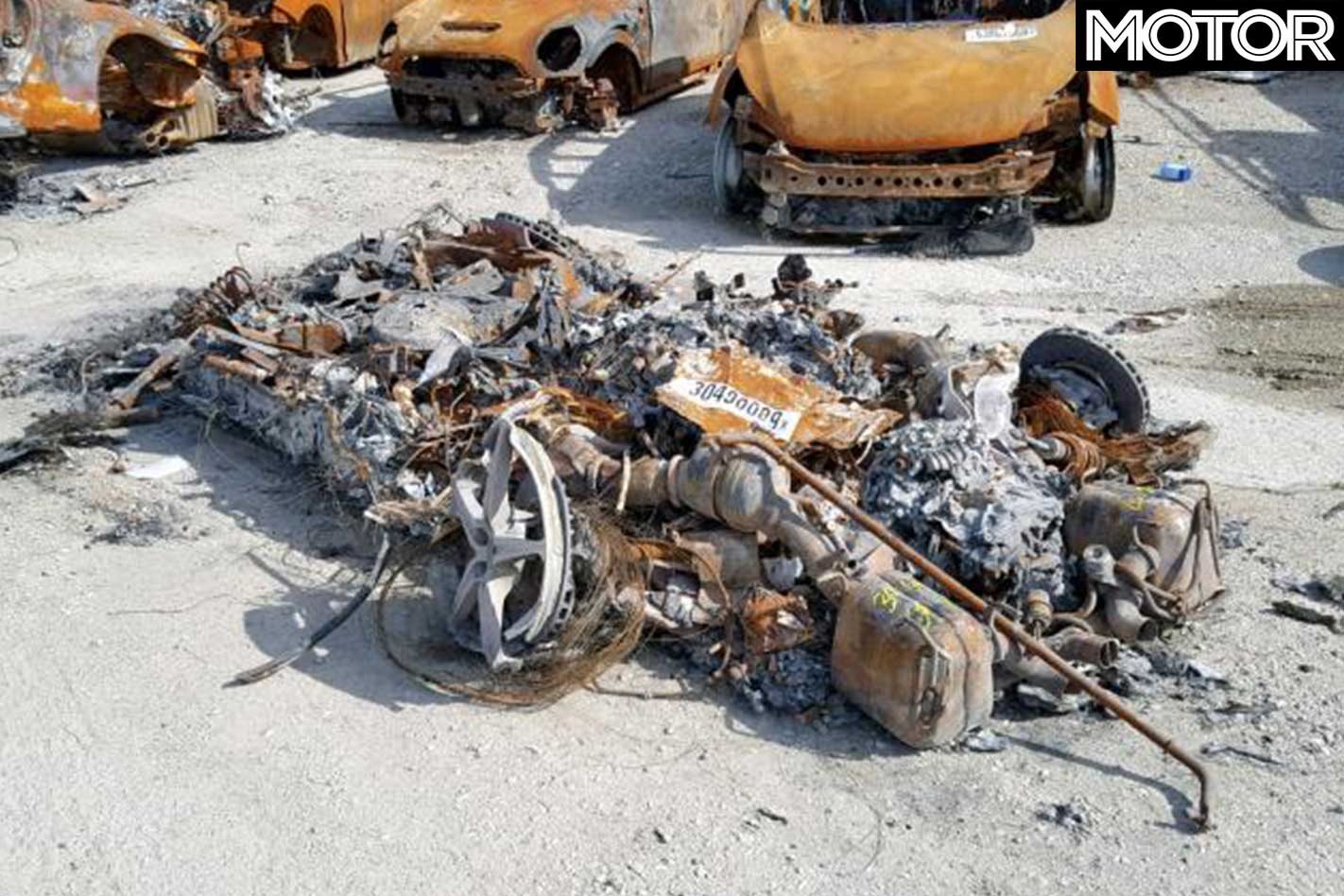 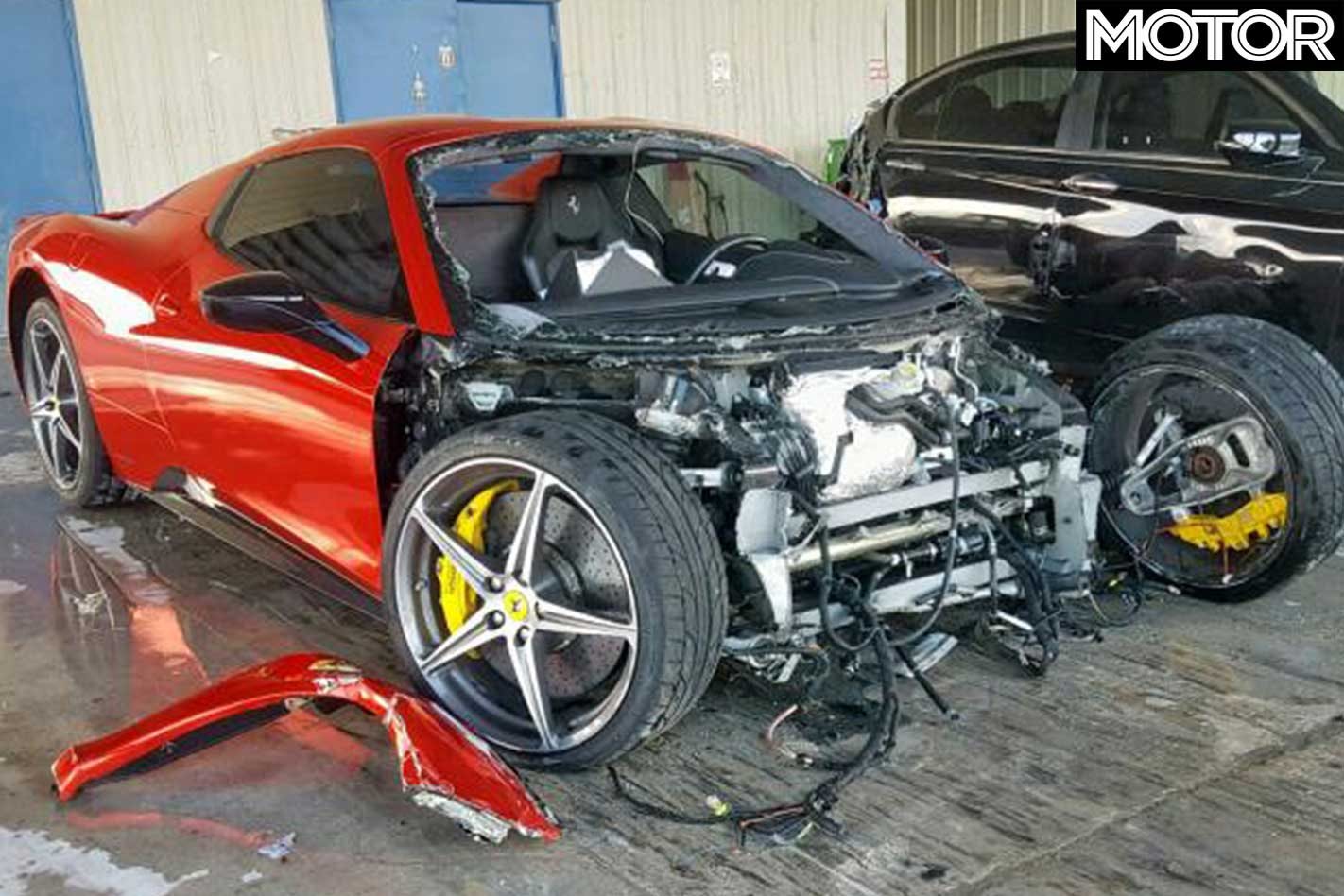 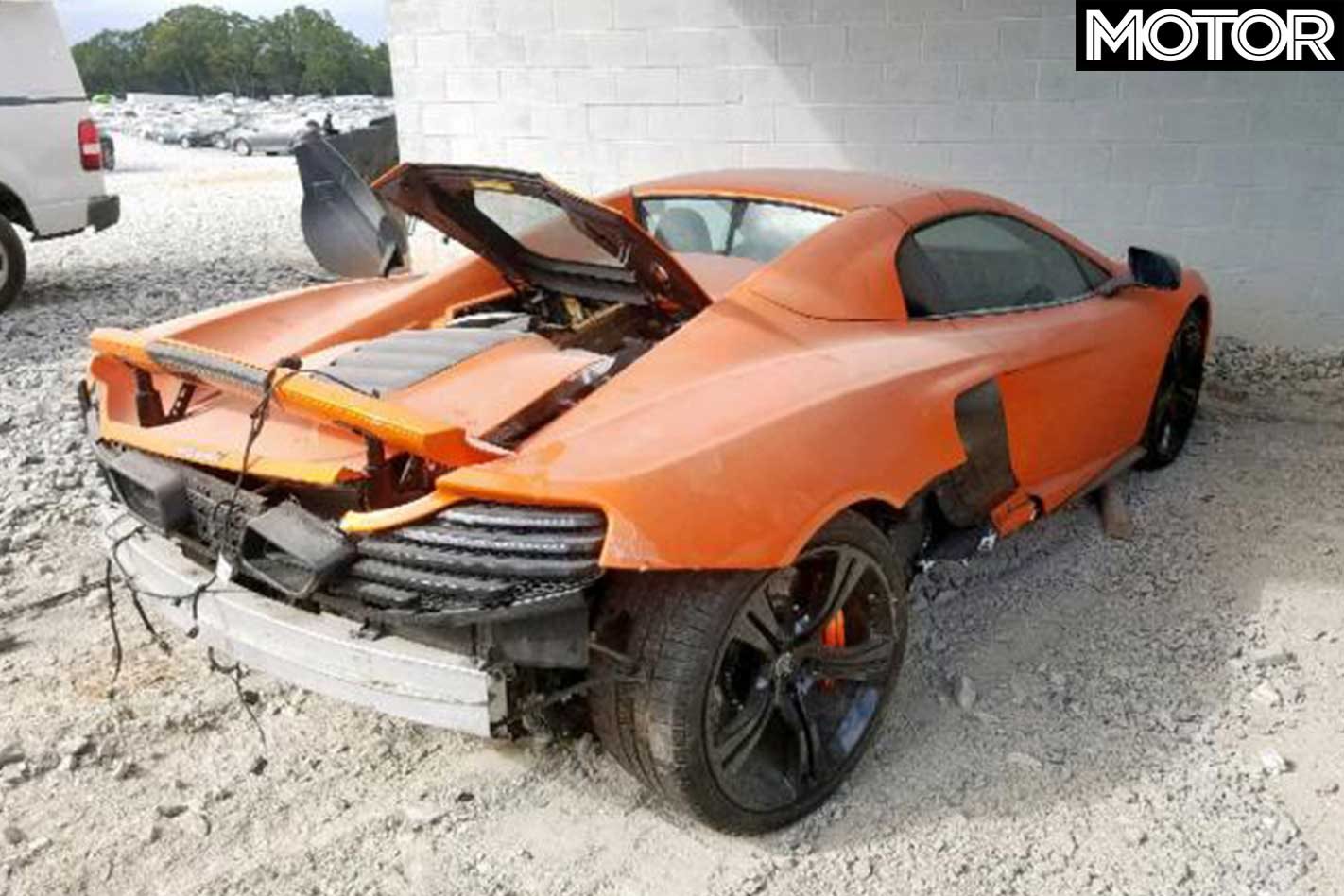 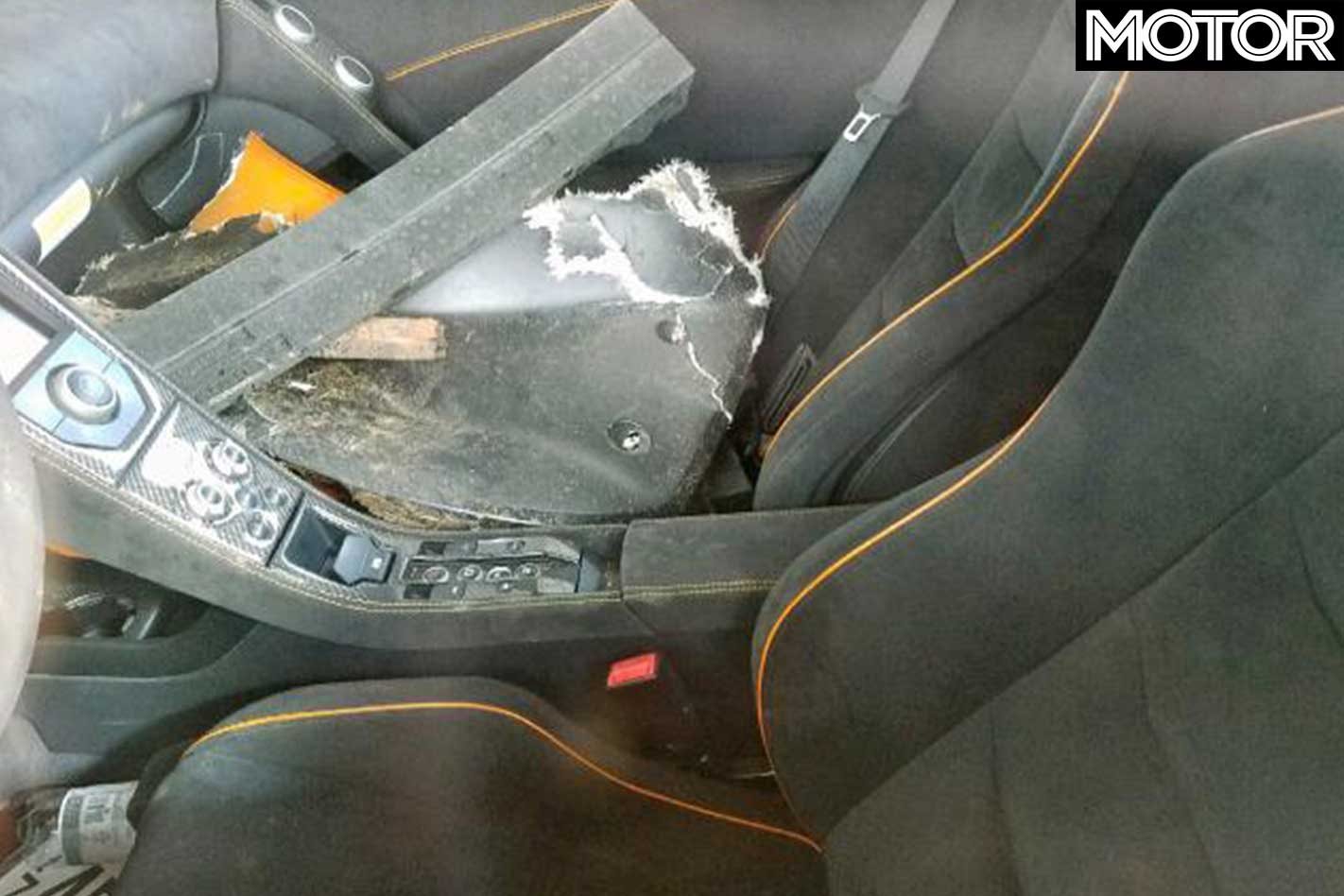