Plans to construct a second circuit at the famed Mount Panorama have moved a step closer with the Bathurst Regional Council (BRC) providing another look at the proposed track layout.

Fresh images show the anticipated new motorsport facility, located in a valley south-west of McPhillamy Park, which is set to be built on a 200-hectare site containing undulating topography.

Read: There is a showdown brewing over who will run the next Bathurst event

UK firm Apex Circuit Design has been appointed to create and build a 4.5km track to FIA Grade 2 and FIM Grade A specification. The layout will also include two additional configurations including a National Circuit (around 3km) and a Club Circuit (around 2km). 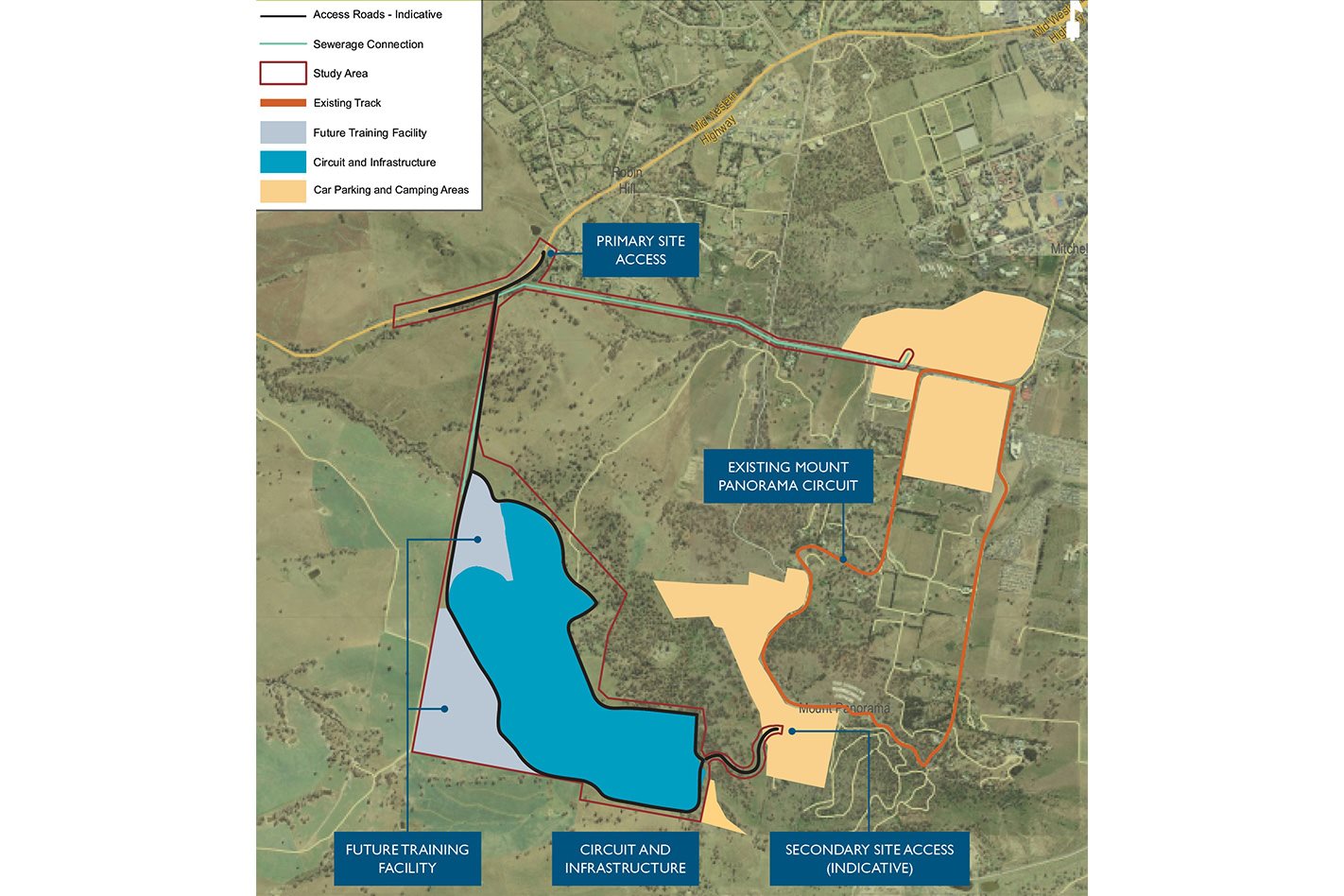 The facility will complement the existing 6.2km Bathurst track and, according to a BRC document, is being considered as a State Significant development. With only a limited number of full-track closures allowed each year, a second track would permit more events and could be used year-round.

The main straight of the main 4.5km track includes a non-competition drag strip down the front straight, while a 1.26km rallycross track capable of hosting FIA World Rallycross Championship is also planned for the site.

The motorsport complex will also include a primary pit building and paddock, track-safety structures, spectator zones, and a helipad. A hotel and driver training centre have also been proposed as future developments.

An Environmental Impact Statement (EIS) is being prepared to assess potential environmental impact and to provide mitigation measures. It is expected to be available for public viewing and feedback later in the year.

Five things you didn’t know about the Bathurst 1000

According to the BRC, construction of the site is likely start in early 2021 with a projected build time of 18 to 24 months. It’s believed that more than half the rumoured $52m needed for the facility has been raised via the state and federal government, with the BRC continuing negotiations to account for the current shortfall.

What do you think? Would you attend an event at Bathurst that isn’t held on the traditional Mount Panorama circuit?