It looks like a WRX wagon but according to its maker the Subaru Levorg is more like the spiritual successor to the fourth-gen Euro-styled Liberty GT.

As the styling indicates the front-end structure is purely WRX, and that includes fitment of the same 197kW/350Nm 2.0-litre turbocharged boxer four-cylinder engine. 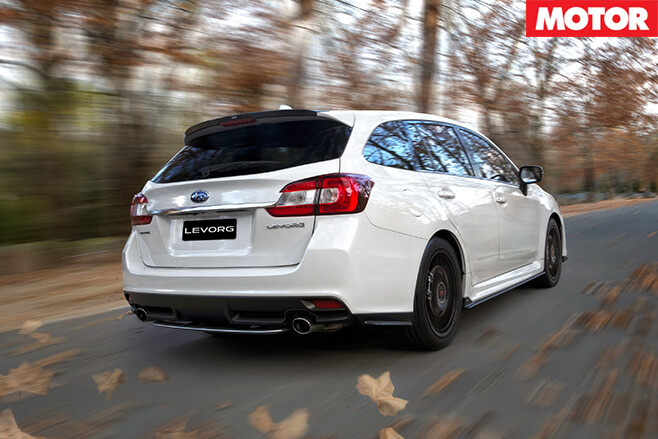 An automatic continuously variable transmission (CVT) is the only option, despite both the WRX and closest rival the (162kW) Skoda Octavia RS wagon offering three-pedal availability.

Compared with the WRX sedan the big-bummed Levorg is 109kg heavier (1538kg up from 1429kg) and three-tenths slower from standstill to 100km/h with a claim of 6.6 seconds.

The 4690mm-long Levorg stretches 10mm further than a fourth-gen Liberty wagon in addition to being 50mm wider; all with a 486L boot that is 27L larger. Subaru insists the Levorg won’t drive like a WRX wagon, either.

The suspension is softer, particularly with the entry GT, while the GT-S and GT-S Spec-B get harder Bilstein dampers front and rear. All models run 18-inch Dunlop Sport Maxx tyres (225/45 compared with WRX’s 245/40). 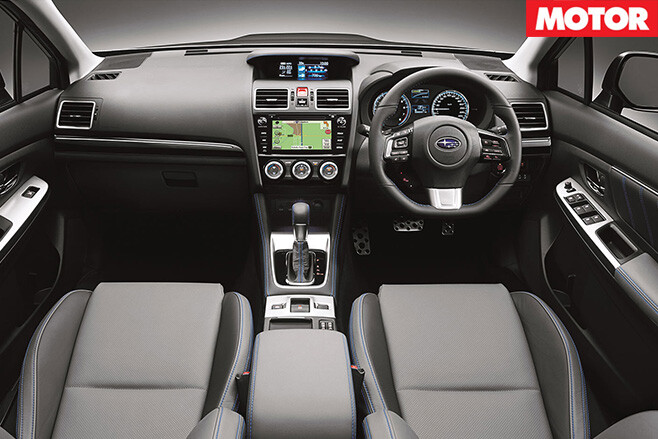 Subaru is targeting ‘SUV rejectors’ with the Levorg and hopes to make up its estimated 200 to 250 sales per month – tellingly the market buys 950 Outbacks per month – via young families looking at Octavia RS and Mazda6 below it, or a BMW 3 Series or Audi A4 wagon above it.

“It [Levorg] is that tantalising blend of wagon practicality and sporty performance that Subaru first nailed with the Liberty RS turbo back in the early 1990s,” started Subaru Australia managing director Nick Senior, speaking at the Australian launch of the Levorg in northern NSW. “The RS turbo wagon morphed into the Liberty GT and that vehicle in the fourth generation Liberty was the most successful and popular of all the Libertys.

“But as the Liberty wagon and its turbocharged variants disappeared from our lineup there has been a rallying cry for a spiritual successor to that fourth generation Liberty GT wagon.”

Senior admitted that while the Levorg doesn’t fill a “gaping hole” in the Japanese brand’s lineup, it is part of an attempt to attract new buyers to the brand.

“To attract these people [new buyers] without alienating our existing customers we have got to inject more personality into the Subaru brand,” he added.