THE covers have been slid off Subaru’s tasty Viziv Performance STI Concept at Tokyo Auto Salon, revealing what is undoubtedly the most stylistically adventurous concept for the Japanese carmaker in recent years.

It also bodes well for the next-generation WRX STI that’s due to launch sometime next year. With a letterbox bonnet vent presumably feeding a top-mounted intercooler and an, uh, prominent wing sitting atop its stumpy bootlid, the STI Concept has all the right ingredients for a top-tier Subaru performance sedan.

The core of it doesn’t differ much – if at all – from the Viziv Performance Concept that bowed at the Tokyo Motor Show late last year, with wide bodywork, boxy guards, carbon wheel arch extensions, a carbon diffuser, quad exhaust tips and frameless door glass all being carried over unchanged. However the treatment here is similar to what’s been applied to previous generations of WRX STIs: it’s all about the bolt-ons. 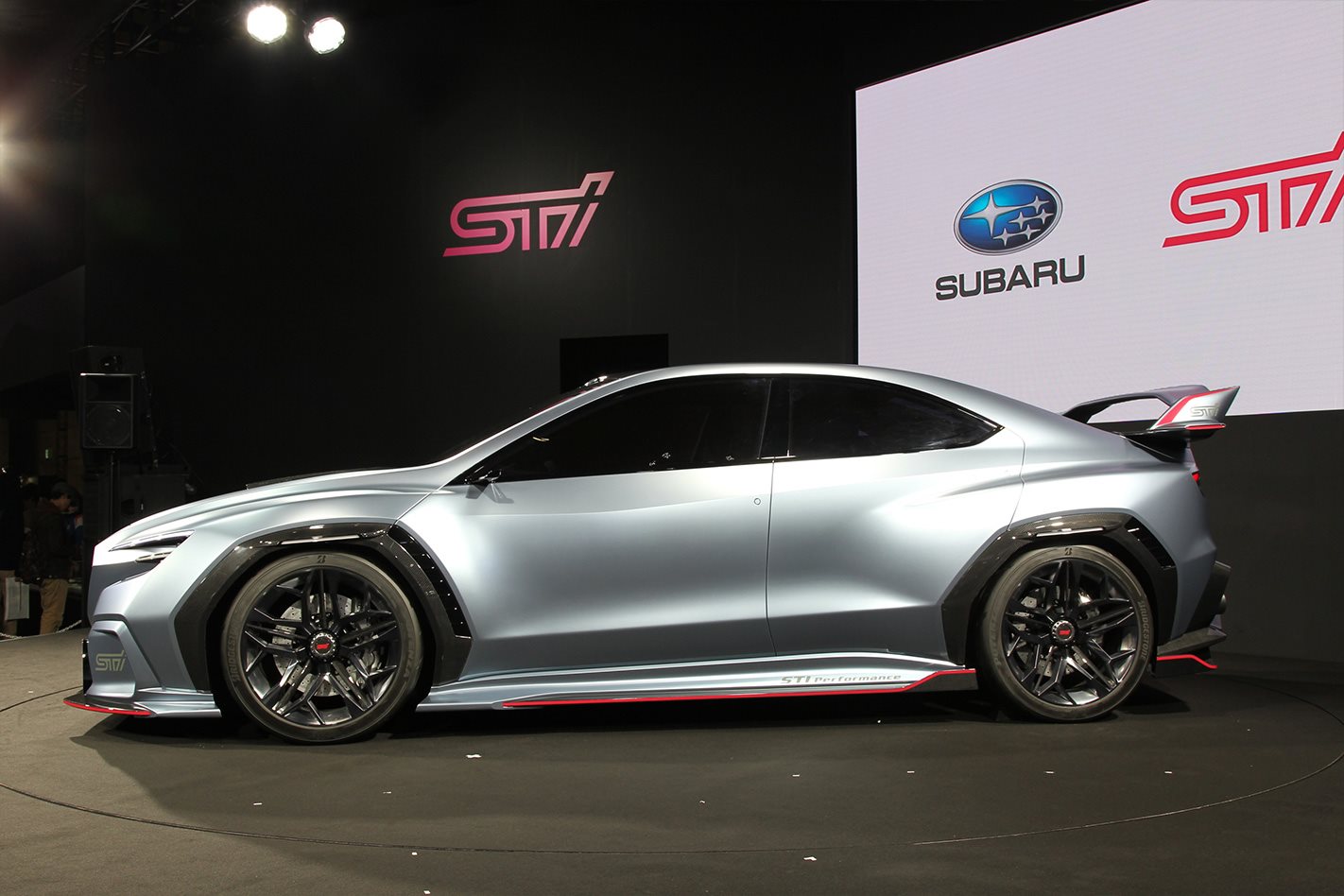 Witness the red-ringed grille, front under-spoiler, sideskirt extensions, front bumper side vent covers (how very WRC) and, of course, that unmistakeably-STI rear wing. The body addenda all add up to make the STI Concept significantly more aggressive than the relatively demure Tokyo Motor Show concept that it’s based upon.

How much of it will make it onto the eventual WRX and WRX STI production car is anyone’s guess, but Subaru’s prior form isn’t good. The company has a habit of stunning crowds with motor show concepts, only to water down the showroom equivalent.

Unfortunately Subaru isn’t talking about powertrains for its Viziv Performance Concept duo just yet, but our money is on new-generation boxer fours of both 2.0-litre and 2.5-litre displacement churning out more juice than the current WRX and WRX STI’s respective 197kW and 221kW outputs.

A hybrid powertrain has been rumoured, but we’re not expecting that one to drop until 2023. 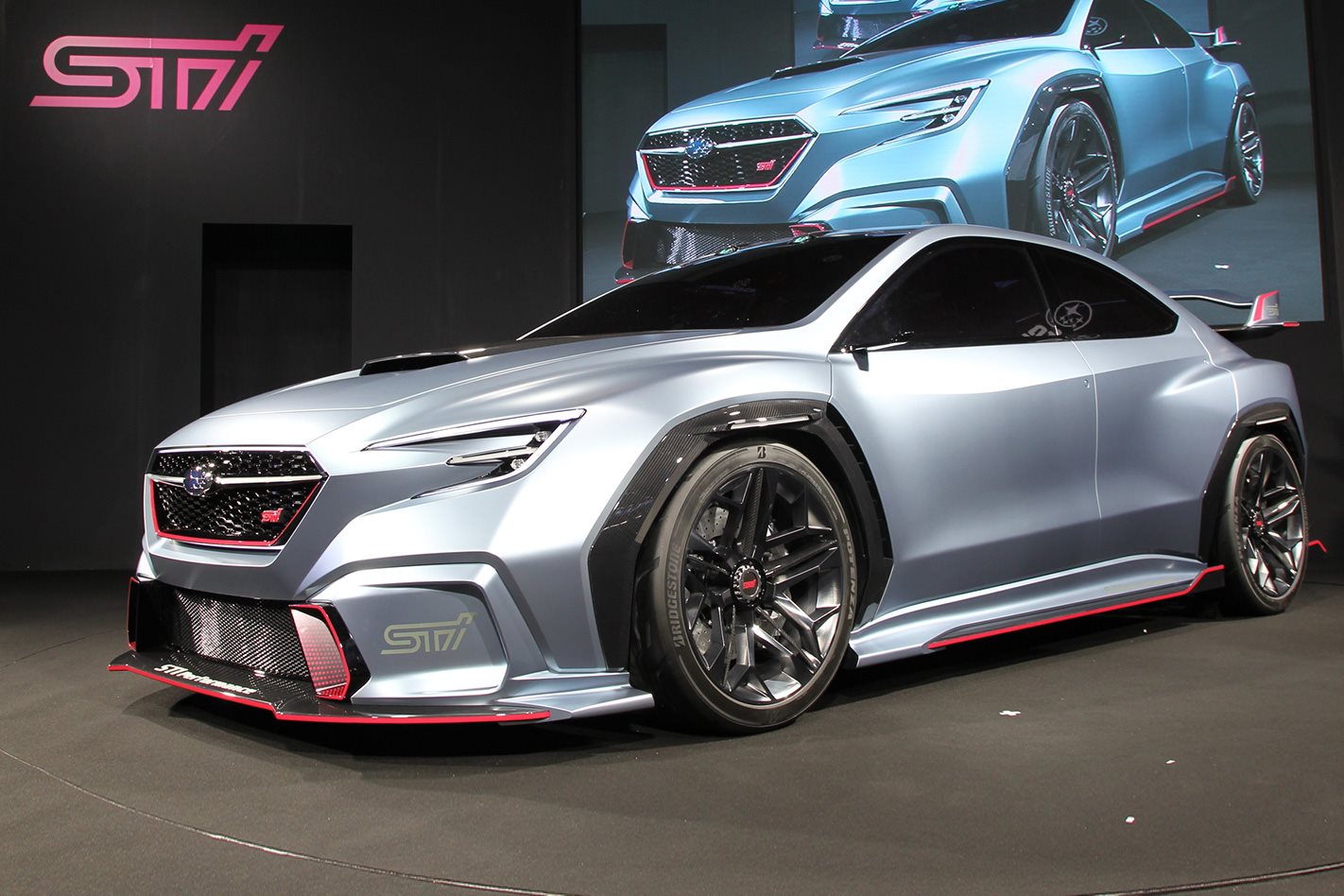 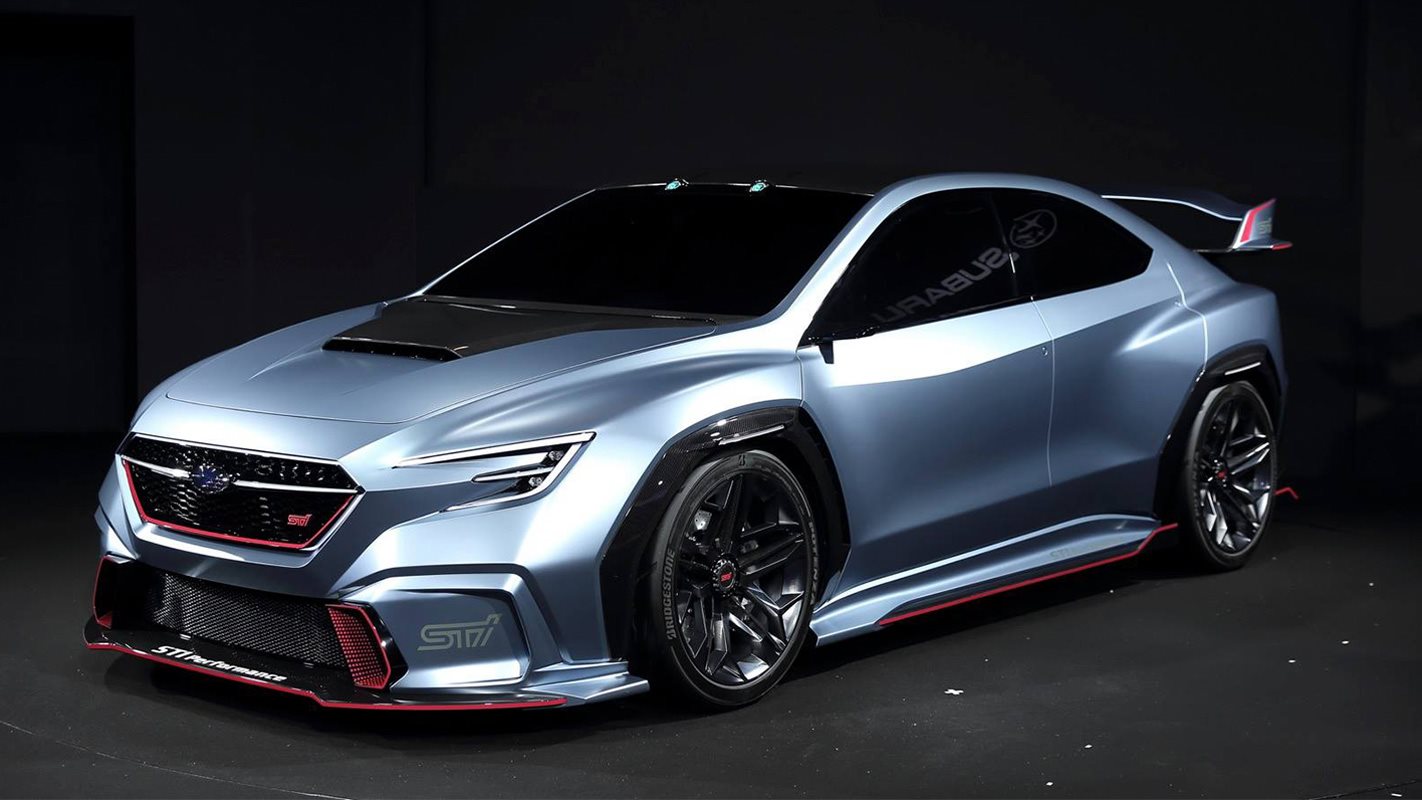 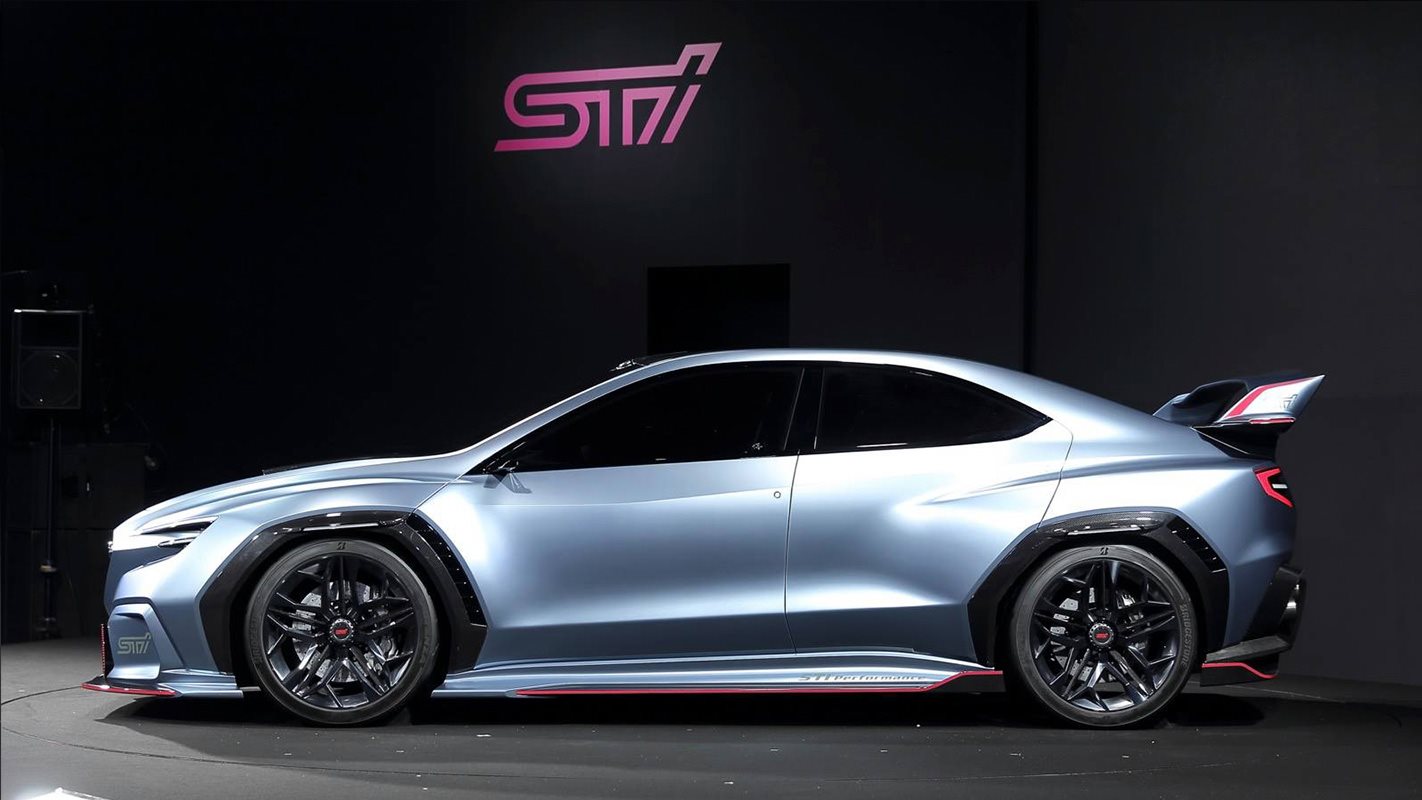 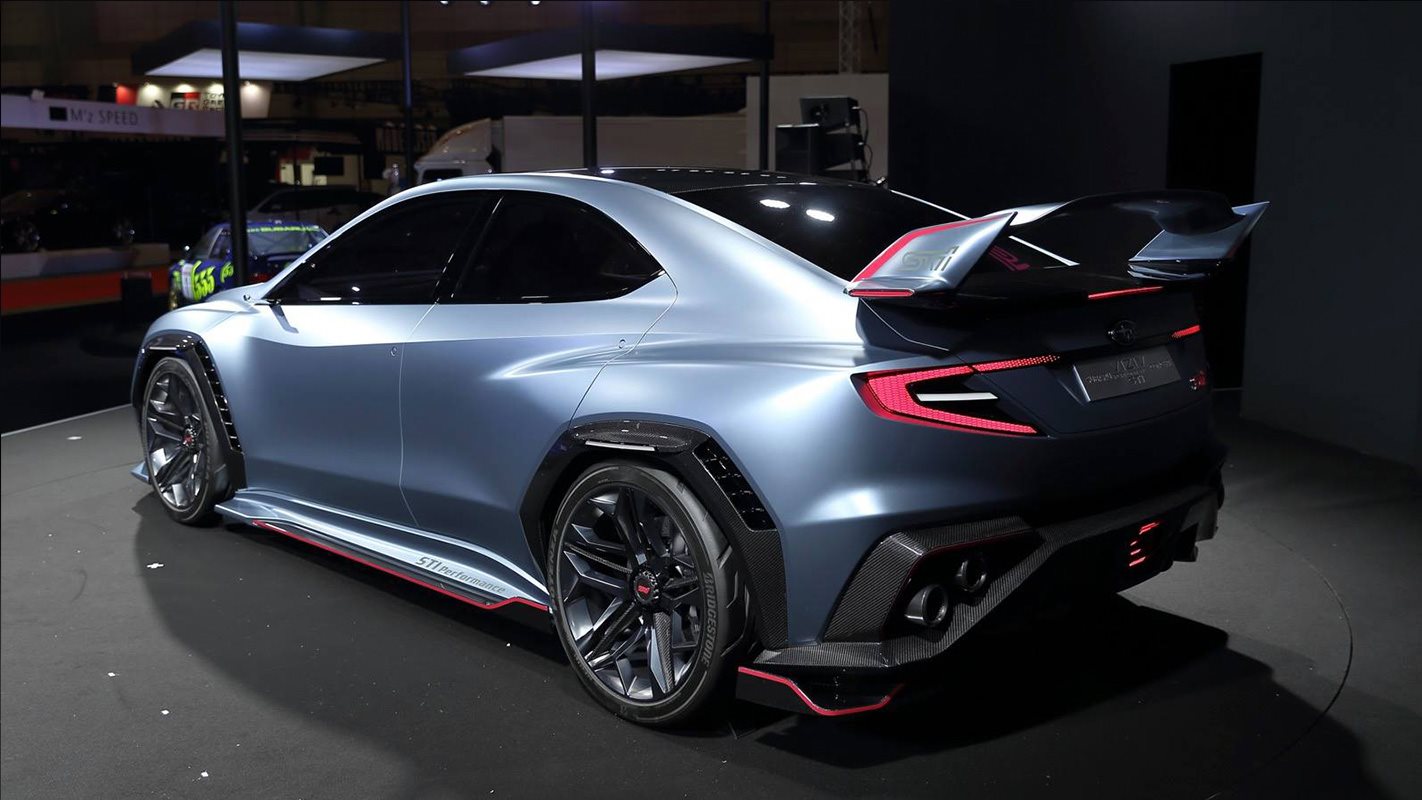 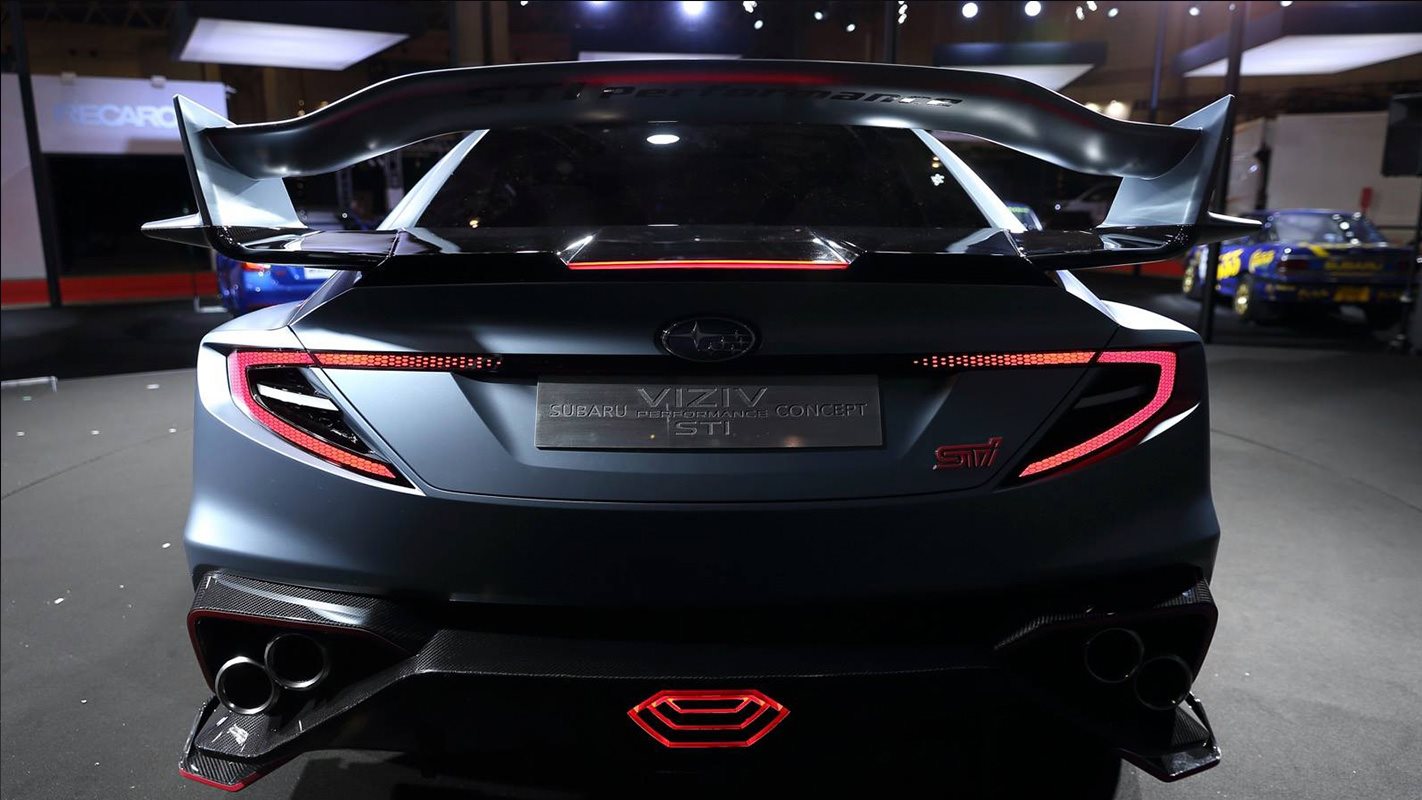