HERE it is. The last Australian made Ford Falcon to ever be sold and registered.

At approximately 9:30am this morning, the last two saleable vehicles rolled off the Ford production line at Broadmeadows; a Ford Territory and a Ford Falcon sedan.

This Kinetic Blue Ford FG X Falcon XR6 was the last to complete its journey through the assembly plant, bookending 91 years of Ford car building in Australia.

Under the bonnet is an Aussie developed and manufactured 4.0-litre straight-six engine, otherwise known as a Barra, producing 195kW and 391Nm. 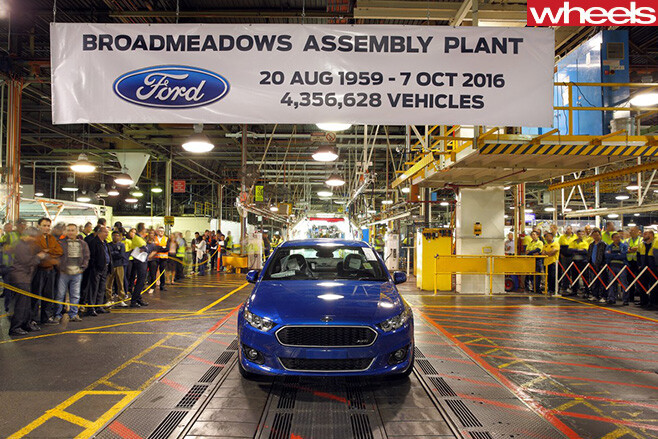 Other features of the last XR6 include an automatic transmission, 18-inch wheels and sports suspension.

The very first Aussie Falcon left the Ford factory in June 1960. The last Falcon is number 3,578,689, a number that includes sedans, wagons, utes and panel vans built over more than 56 years of production, making the Falcon Australia’s longest running nameplate.

In its heyday, Falcon sold in numbers large enough to top Australian sales sheets. The biggest single year of Falcon sales came in 1995 where the changeover from EF to EL garnered 89,679 sales for the Blue Oval, including 81,366 sedans, 6922 utes and 1391 vans. 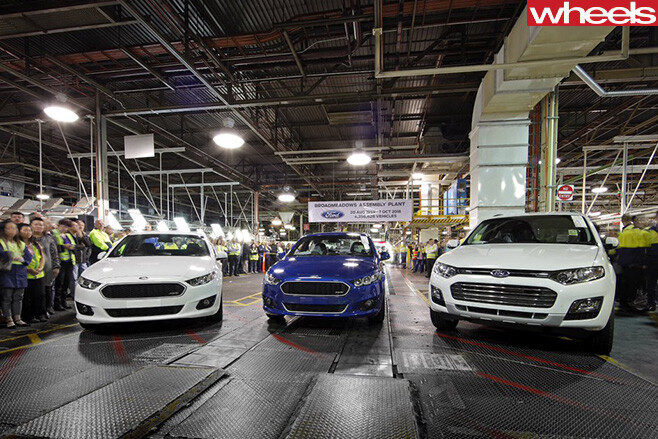 This final Falcon - along with the last standard specification Ford Territory, the last Ford Falcon ute and Ford Falcon XR6 Sprint #500/500 - will be auctioned off in a weeks’ time. Funds raised will be put towards Science, Technology, Engineering and Mathematics (STEM) school projects. 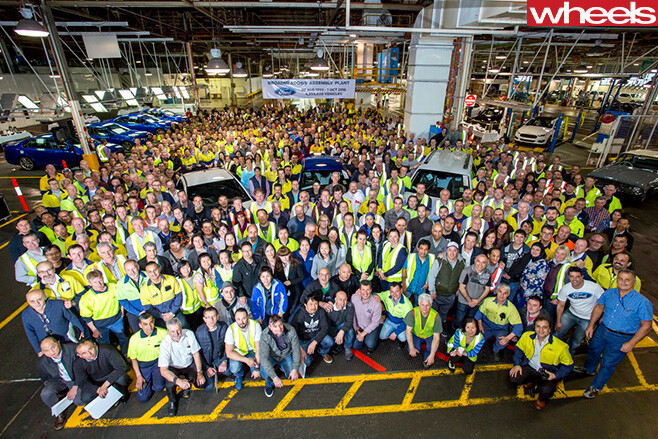 Each of the final four cars will be presented to their owners with a certificate of authenticity, signed by Ford Australia president Graeme Whickman.

Ford started its journey as a local automaker in 1925, and on this significant day we honour the men and women who worked tirelessly to create the legacy we will remember. This is truly the end of an era.