The venture has been registered as PRA Garage but is expected to be marketed under the Tickford name associated with local fast Fords in the 1990s and early 2000s.

But while the old Ford Tickford Experience (FTE) high performance brand was a joint-venture sanctioned by the factory, as was its successor Ford Performance Vehicles (FPV), PRA is going it alone without official backing of Ford Australia’s local sales and marketing arm.

But there is some involvement from Ford internationally, as parts and accessories are being developed by PRA Garage in conjunction with Ford Asia Pacific to supply to the regional licenced accessories program.

PRA Garage has also been appointed an official wholesaler and retailer of the global Ford Performance Parts catalogue.

“PRA Garage is going to build performance and enhancement parts for ultimately most of the (Ford) products, but initially it’s to do with Ranger and Mustang,” PRA co-owner Rod Nash told Wheels in an exclusive interview. 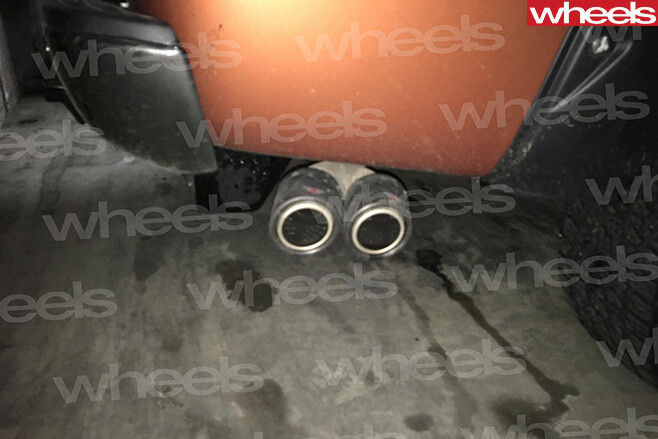 Planning work began on the PRA Garage project two years ago as Nash and co faced restructuring the business in the aftermath of Ford’s withdrawal from V8 racing at the end of 2015.

“People associate us with Ford product and we have no plans to work on anything else,” Nash said.

Tuning work will cover off both engine and chassis, as well as delivering exterior and interior styling enhancements.

Development work is being done in-house and through suppliers here and overseas. Bosch Australia has been contracted to test modifications to an OEM level.

“We are not only a buy-in parts business. Much of what we are doing we are tailor-making and engineering ourselves.”
A Ranger Wildtrak development mule spotted by Wheels was fitted with 20-inch beadlock-style wheels developed for the new venture, and a new exhaust with dual outlets that exited behind the right-rear wheel.

The development mule was testing Bilstein dampers, but the production model is expected to come with South Australian-made Supashocks, the same brand PRA uses on its race cars.

Under the bonnet, the Ranger’s 3.2-litre five-cylinder turbo-diesel is expected to have a power boost of more than 20 percent. In development for two years, the project will be officially launched at the Bathurst 1000 in early October, intentionally at the same time as Ford’s Australian factories clang shut for the last time, ending production of Falcon and Territory.
Customers will be able to purchase individual parts or enhancement kits through Ford dealers or PRA Garage direct.
Three stand-alone PRA Garage modification centres and showrooms are to be established in Melbourne, Sydney and Brisbane by early 2017.

PRA, which is currently based in FPV’s old headquarters just around the corner from Ford Australia’s Broadmeadows plant, is planning to move into new, larger facilities to cater for the manufacturing work required to service PRA Garage and its expanding racing business.

It currently races four Falcons in the Supercars championship and another two in the Dunlop development series. It raced as Ford Performance Racing from 2003-14 and won the drivers’ championship with Mark Winterbottom in its final year as Ford’s factory race team last year.

PRA Garage currently employs about 10 staff directly but can call on the extended engineering ability of the PRA organisation.