If this is anything to go by, Toyota has replaced the cardigan with a full Nomex race suit

THE Aston-Martin Valkyrie, Mercedes-AMG Project One and McLaren Senna now have a serious rival. And guess what? It’s from Toyota.

Yes, you read it right. The car maker traditionally known for its blandness has done the equivalent of pulling the pin out of a hand grenade and casually tossing it in a room full of hypercar aspirants with the GR Super Sport Concept, a LMP1-stye test car rocking a mid-mounted twin-turbo hybrid V6.

The concept, unveiled at the Tokyo Auto Salon, borrows the twin-turbo direct injection 2.4-litre V6 hybrid drivetrain from the TS050 Hybrid World Endurance Championship car that holds the current-configuration Le Mans lap record – a 3:14.791 – but has not won the world’s most punishing tarmac endurance race.

The concept was developed by Gazoo Racing, Toyota’s motorsport division that is tipped to spin out as a separate performance brand for more desirable versions of the Japanese car maker’s road-going cars.

"Rather than developing production cars into sports cars, we aim to work out how to incorporate the know-how developed through races and rallies into production cars," Tomoyama said.

"Although it will be some time before you all have the opportunity to get behind the wheel, I hope that the GR Super Sport Concept will give you a taste of what we aim to achieve with our next-generation sports cars." 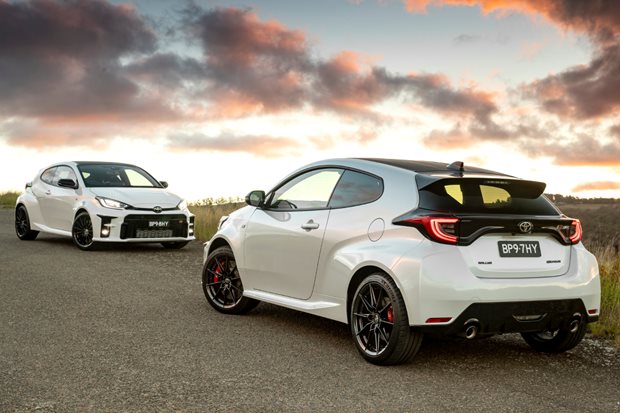