This is the driver’s Golf you may have been waiting for since the seventh-generation’s release.

Volkswagen has announced the GTI Clubsport Concept seen at Worthersee earlier this year has been rubber stamped to enter production, seeing the GTI badge elevated to new performance heights for its 40th birthday in 2016.

Power is the Clubsport’s biggest talking point. Wolfsburg’s engineers have warmed its turbo 2.0-litre inline four to 195kW, representing a 26kW increase over the standard GTI.

But they’ve also introduced an overboost function as well. With the throttle pinned flat, the Clubsport will be able to squeeze another 18kW from the EA888 for 10 seconds. 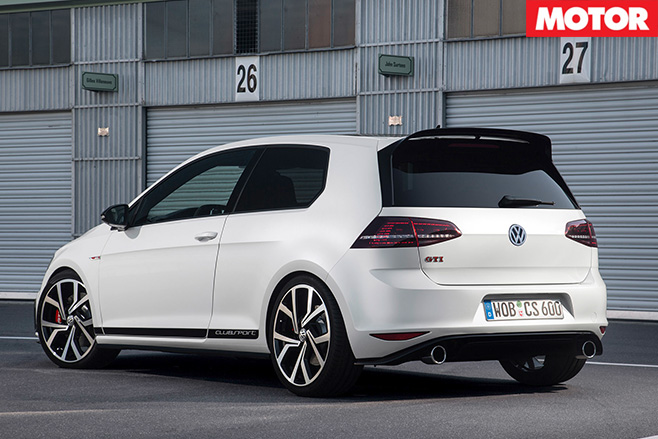 Delivering the power to the front axle will be a standard six-speed manual transmission which promises to vanquish 0-100km/h in six seconds. The optional six-speed dual-clutch cuts that time to 5.9sec, four tenths quicker than MOTOR’s tested figure for a standard GTI.

Both types of transmission will clock the Clubsport at a top speed of 250km/h. While an irrelevant figure in most situations, Volkswagen has paid particular attention to the car’s aerodynamics at such velocities, boasting the Clubsport wields “groundbreaking” handling at high speed.

This would explain the Clubsport’s boisterous rear wing, slicing side skirts, and new front bumper, all of which look unchanged from the concept car’s package. 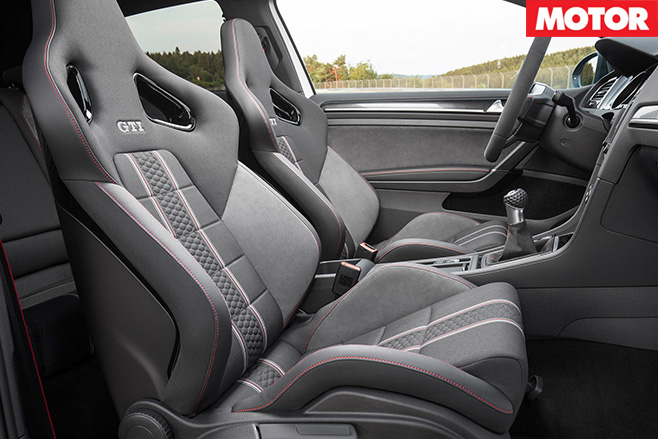 Probably more relevant to day-to-day performance will be the inclusion of the GTI Performance’s electronically-controlled hydraulic front differential, which can provide up to 100 per cent lock.

The Clubsport will ride on 18-inch wheels of a new design, but optional exclusive “Brescia” 19-inch wheels are available as well.

Meanwhile the black strip linking the car’s wheel arches is one among many additions that are a nod to the car’s anniversary status. 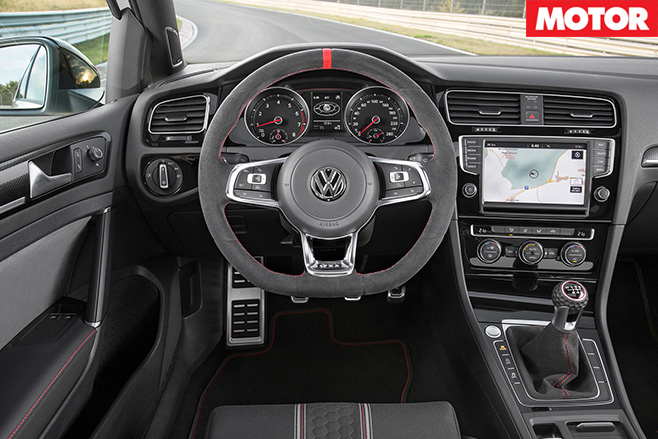 On the inside Volkswagen has included new bucket seats that feature honeycomb patterns instead of the usual tartan, matching the new “Honeycomb 40” interior trim.

Like the seats the steering wheel is covered in alcantara, and is also stitched with red. It scores a ‘12 o’clock’ marking too.

It's reported the Clubsport will be a full-production model, but Volkswagen’s yet to release any information on pricing or market launch for the GTI Clubsport.

Reports are also predicting the three-door special will be priced close to the Golf R, which starts at $52,740 in Australia, when it launches in showrooms sometime next year.