All the latest from the drivers ahead of tomorrow's Rally Australia

Volkswagen has drawn first blood for this weekend's WRC Rally Australia, its drivers setting the top three times during the pre-event Shakedown stage.

Shakedown is a short 4.98km stage used by the drivers to fine-tune car setup and is a good indicator of confidence heading into the stages proper.

Despite almost rolling the car on the very first corner of the stage, dual world champion Sebastien Ogier recovered to set the fastest time, 1.1sec faster than team-mate Andreas Mikkelsen.

Ogier has won the past two Rally Australias and a third victory would secure him his third straight world title with three events still to run. 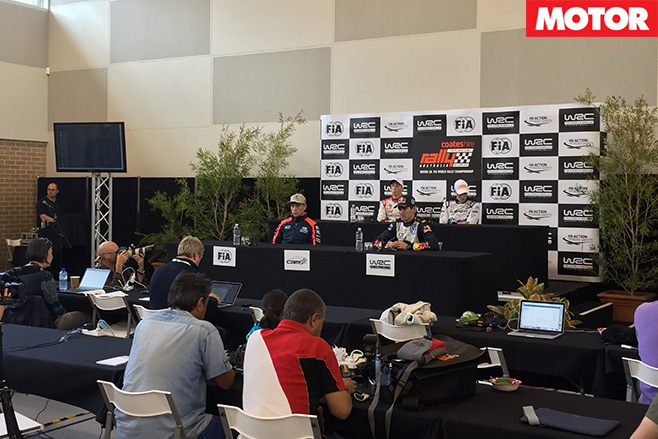 His task will be made more difficult by the 2015 running order regulations, which forces Ogier, as championship leader, to run first on the road for the first two days and sweep the road of loose gravel.

"[I will] try my best to fight for victory," said Ogier during the pre-event press conference, "there is quite a lot of loose gravel; I will have to try and take risks."

Hoping to capitalise on their favourable running order will be Citroen's Kris Meeke, Hyundai young gun Kiwi Haydon Paddon and M-Sport (Ford) driver Ott Tanak, the only three drivers who have challenged the VWs on pure pace this year.

Citroen's second driver, Mads Ostberg, has withdrawn from the event following a heavy crash during recce, which the drivers use to write pace notes for the event. He has been replaced by Stephane Lefebvre, who happened to be on the event to gain experience for next year. 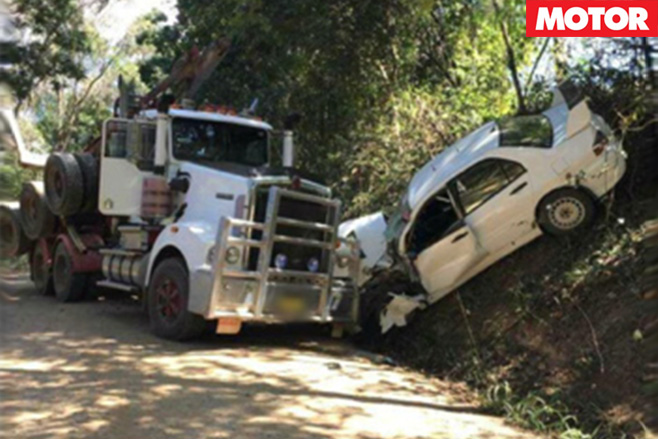 Local driver Scott Pedder is contesting the WRC2 category of the event in a Ford Fiesta R5 and was fourth fastest in shakedown, but is hoping local knowledge can allow him to challenge category front runners Nasser Al-Attiyah and Yurii Protasov.

Day 1 of Rally Australia consists of eight competitive stages comprising 125.12 competitive kilometres and we'll bring you all the action in our evening wrap.