IT’S sad to say, but the imported 2018 Toyota Camry is closer to the car we should have had in Australia three years ago.

A significantly updated version of the Camry was unveiled in 2014 in its biggest global market, the US. As well as introducing a radical new skin, the US market Camry introduced a host of driver assist systems that lifted the midsize sedan ahead of the pack in terms of safety.

However, for us, something was lost in translation. Known as Big Little Change Camry, the version we would build and sell here in four-cylinder form would, in 2015, adopt the sharp new skin of the US model, but with the cost of changing the interior ruled too prohibitive, and budgets already stretched for a vehicle that would only carry over the roof, we couldn’t afford to bring all those American safety gains here. 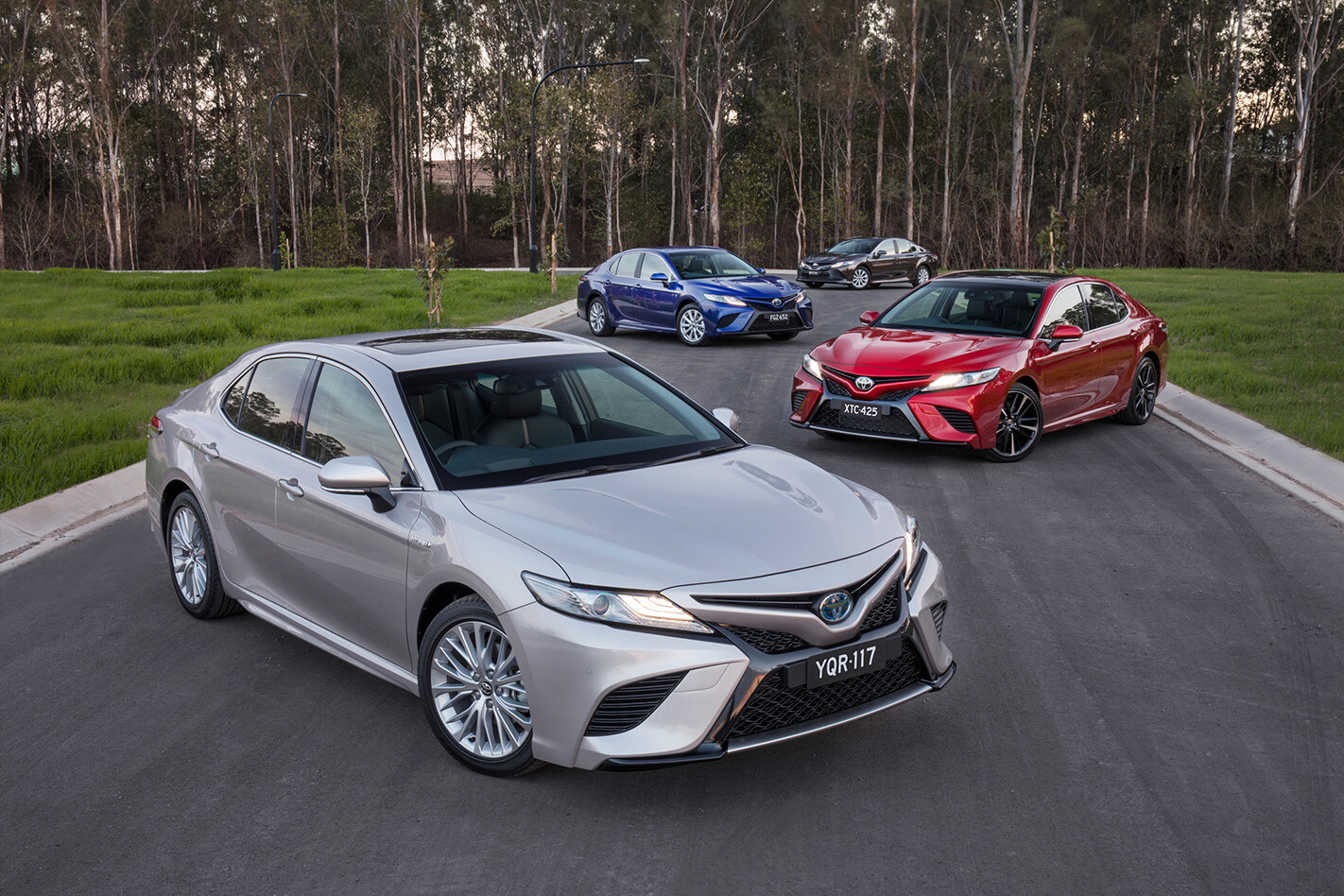 The US Camry’s dash also focussed on improving accessibility. Cleaner, with a more logical and natural layout of the instruments and controls, it was a leap ahead. Also advancing was safety, which in the US model included automatic emergency braking and adaptive cruise control.

Under its shiny new skin, Australia’s “carryover” Camry would not get any of these big improvements, although it did add some features such as a lane departure warning system, a rear-cross-traffic alert system to stop a driver reversing out into oncoming traffic, and AEB in the high-spec Atara SL.

And while the Aussie-made Camry evolved, its V6-engined cousin, the Toyota Aurion, stayed static. Its last significant update dated back to 2015, when it received subtle styling upgrades and safety improvements including lane departure warning and the rear-cross-traffic alert system. The Little Big Change Camry arrived at the wrong time for Toyota Australia. It had been looking at a long-term deal to add another vehicle to its Altona production line – believed to have been the strong-selling RAV4 mid-size SUV – that would have ensured it could keep its factory viable for much longer.

But Ford’s announcement in 2013 that it quit Australian manufacturing saw the long-term business cases for both Toyota and Holden collapse like a house of cards.

It’s not known if Australia would have made the leap to the Camry’s all-new platform – the Toyota New Global Architecture – if making the car here had remained viable. 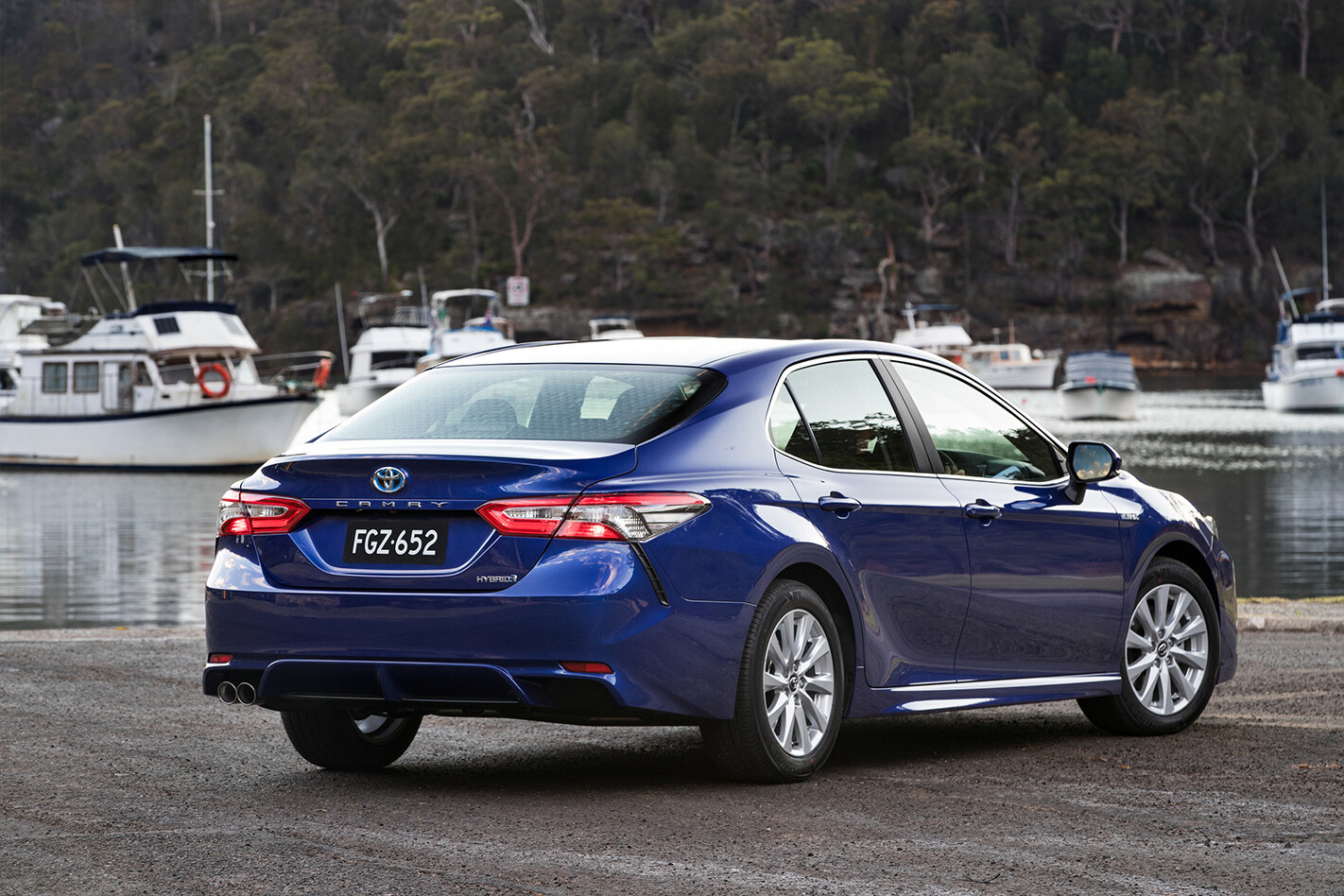 The all-new Japanese-made Camry arrives this week boasting everything the cost-crippled Aussie-made version could not.

AEB is now standard across the range, and while the price of the fleet-friendly entry level model has gone up slightly, prices for the models that mums and dads buy have gone down ever so slightly.

The 224kW V6 version, which will now drink more expensive 95RON fuel, is more powerful than the Aurion it replaces – the kilowatt count even outstrips six-cylinder versions of the Commodore and Falcon it once competed with in the showroom. 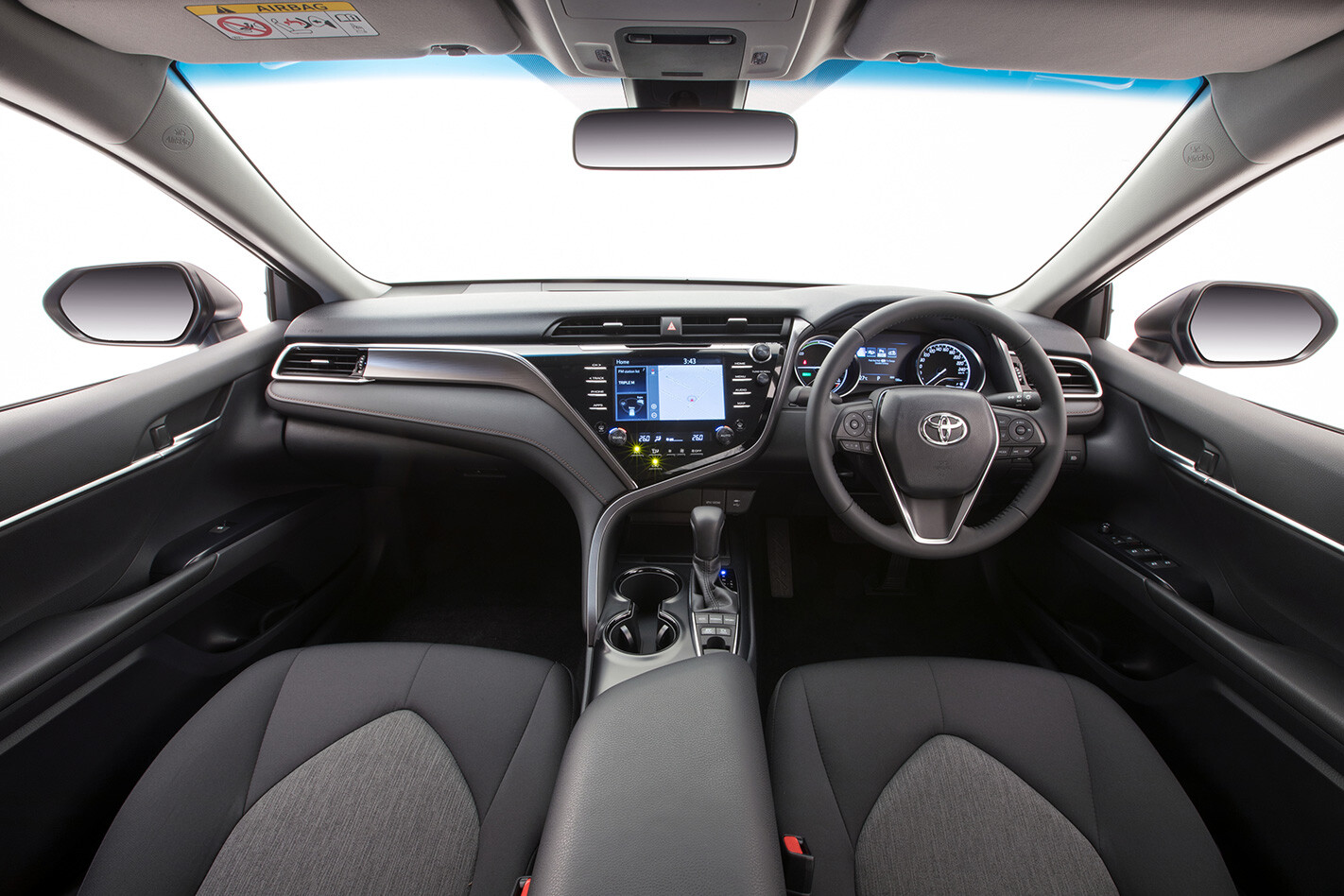 Likewise, the locally made hybrid-engined version now cuts another 0.7L/100km from its official fuel use figure, making it just as economical as older versions of the Prius environmental hero.

The more popular versions of the new Camry are cheaper than the ones they replace, particularly for V6 versions, giving some indication as to the cost of making cars here in Australia.

The Australian-built Camry was consistently one of Australia’s best-selling passenger cars, regularly featuring in the top five for monthly sales. Part of this was driven by “buy Australian” policies that pushed various levels of government into favouring locally made cars, decent fleet buyer discounts and the cars’ cheap running costs.

The new one, then, has a big order list to fill. If it does, Australia will be better off for it for all the wrong reasons.