Fuel-injection is fantastic stuff. Without it, you’d never get engines so happy to hug dolphins, nor would you get the power, torque, reliability or driveability we’re seeing from modern stuff. But bugger it, I’m from the generation that loves to fiddle with the shiny metal bits under the bonnet.

I grew up screwing a few more degrees of advance out of the dizzy and swapping jets in the inch-and-seven-eighths Strommy that graced my inlet manifold. Not that the engine wasn’t running right, I just liked to fart about. 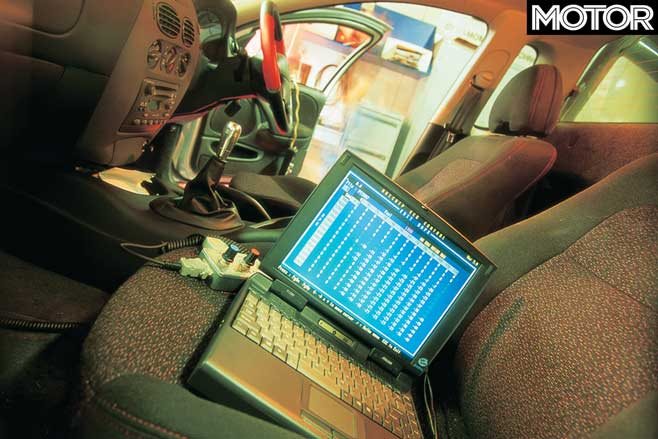 And if there’s one thing a modern computer-controlled engine won’t cop, it’s farting about with.

Now, this wouldn’t be so bad if the engine was in perfect tune to begin with. Big-dollar stuff like Porsches and all might have close to the perfect ignition and fuel map burnt into its Eprom (because there’s a narrower production tolerance at the factory) but the stuff most of us drive will never be mapped perfectly out of the box.

Enter a gadget called Unichip. It’s a curious name, because the mere mention of the word ‘chip’ tends to send people running in the other direction.

Bitter experience has taught us some replacement chips actually achieve didley squat and can actually increase fuel consumption AND decrease power at the wheels. Form an orderly queue to the left. And even once you’ve replaced the chip, you’re back to square one fiddle-wise, because you can’t alter the new settings. 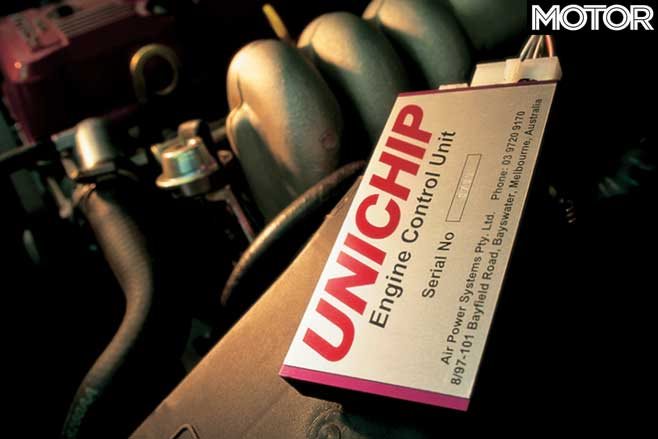 The solution is something fully programmable like a MoTeC system. That’s line for race cars, but not so great for road cars, because by replacing the standard computer there’s the hassles of wiring it all up, interfacing it with the factory sensors, instruments and functions. And unless your car is brimming with mechanical mods, it’s a bit of overkill.

And that’s where Unichip comes in. It’s neither a simple replacement chip, nor a complete replacement computer. It’s more or less a piggy-back computer that taps into the standard on-board brain and allows fiddling of the fuel and spark maps, without altering anything else like idle controls. 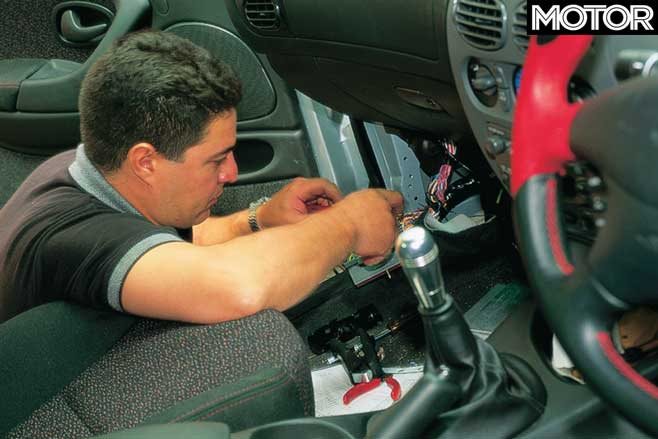 So, you can tune the ignition and fuel settings in real-time (on a rolling road dyno) and optimise both with a possible 204 settings for each element. And, if you’re running LPG or want the option of using standard unleaded one day and premium the next, you can program multiple maps (switchable via a dash-mounted button).

And just to prove how trusting I am, I allowed the Australian importer of Unichips, Air Power Systems, to splice a Unichip into the wiring loom of my XR6 Ute. As in, my very own, personal, the-rego’s-in-my-name XR6 Ute. And I hate dynos.

The Ute runs a set of replacement headers and big-bore exhaust, so the standard factory settings (particularly on the fuel map) were potentially up the duff already. And given that Fords are usually fuelled pretty rich, there was theoretically scope for gains. 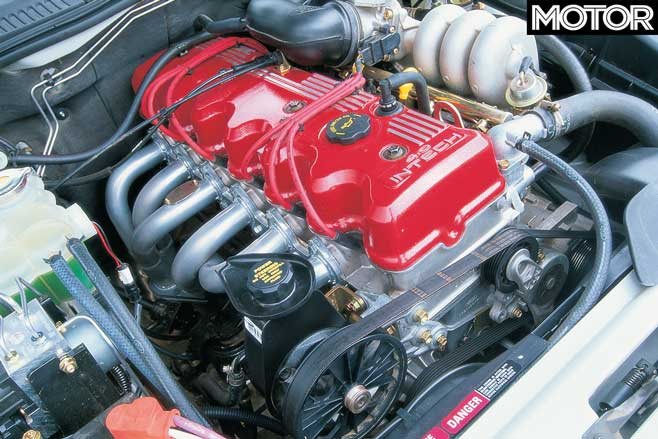 So we strapped it to the dyno and ran it up for a baseline figure. Andwhaddayaknow? Turns out Howard The Ute is a pretty healthy XR6 (I’ll claim full credit with my patented running-in procedure which I’ll share for a price) with 122kW at the wheels.

Then it was a case of working out how much more ignition advance we could safely run, as well as pulling heaps of fuel out of the equation, to keep the air-fuel ratio optimised between power and economy at different load and throttle positions across the rev range.

An hour and about five dyno runs later, the Unichip was programmed and Howard was making 134kW at the rear Dunlops. Yep, simple as that. 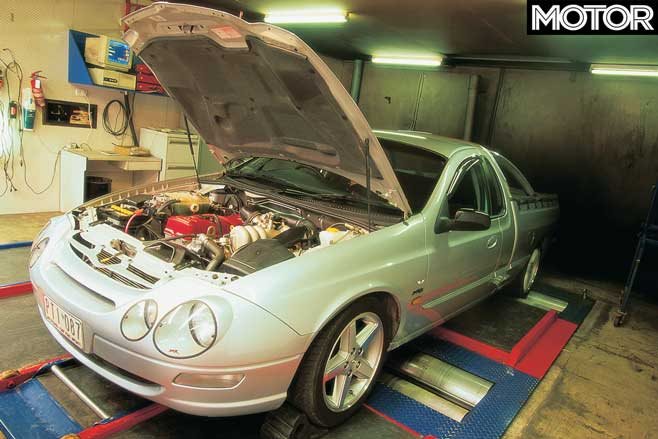 I’ve since been back to APS and programmed a second ignition map for premium unleaded and although peak power is no different, the extra spark advance permitted by the premium juice has fattened up the torque curve below about 2500rpm.

Even better than the extra peak urge is the part-throttle urge and the crisper response on either fuel type. And the real bonus? Howard actually uses less fuel than he did before. Bank on about five per cent less overall (in my case) and enough grunt to keep an XR8 brutally honest.

The good news is that a Unichjp works on anything with an on-board computer. We’re talking everything from a Hyundai Excel to a 911 GT3 (Jim Richards’ racing GT3 uses a Unichip, by the way).

The whole shebang (fitting and tuning) takes about four hours tops, although there’s extra time involved if you want multiple ignition maps like I did. For a single fuel and ignition map, plus the cost of the Unichip, plus dyno time, you’re looking at about $1100, but when you sell the car, you can usually take the Unichip to your next ride. And if you can’t (for technical reasons) APS offers a trade-in deal.