Despite its efforts to make the brand more appealing, 95 out of 100 offerings from Golfsburg are dead boring.

This review was originally published in MOTOR’s February 2005 issue

Until now, that is. VW will officially launch its Polo GTI in September ’05, but MOTOR has scored a sneak preview. 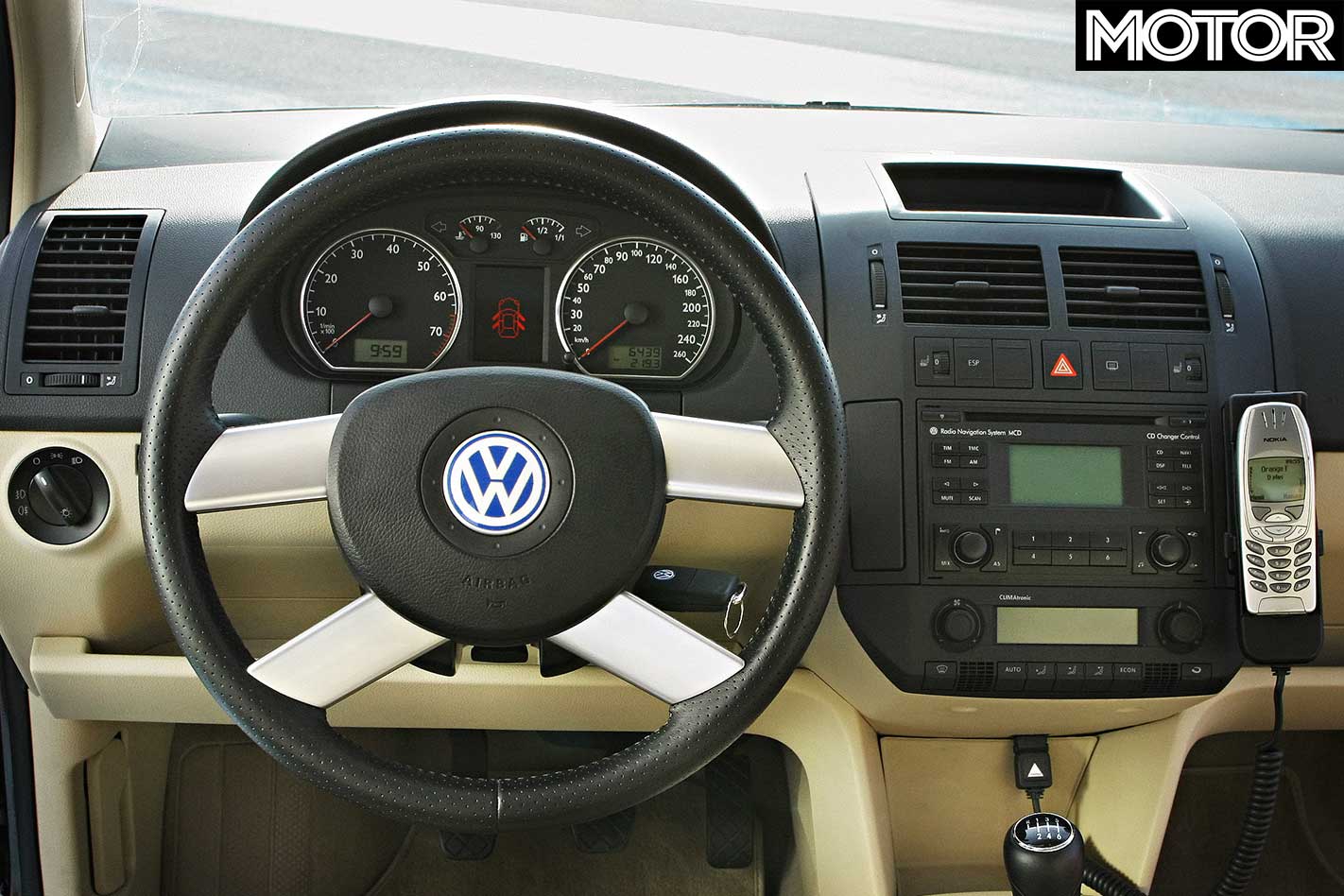 On the cards for some time, the Polo GTI was included in the revised Polo line-up launched back in 2001. But marketing torpedoed it, claiming there wasn’t room in the market for a go-quickly Polo.

Our pre-production test car wasn’t yet wearing its new clothes, but what you can expect to see is a more contoured V-shaped front with a slimmer grille, new headlights, flanks with a more pronounced profile and a mildly modified rear end. GTI cues are likely to include red and black accents, flared sills and wheel arches, a roof-mounted spoiler, dual exhaust pipes and a deeper rear apron.

Also part of the package will be lowered suspension with tauter springs and dampers, thicker anti-roll bars and 12-spoke alloys shod with 205/45 R16 tyres. Inside, you can expect sports seats, and various chrome accents. All Polo GTIs come standard with ESP, a six-speed gearbox, power steering, central locking and electric windows. 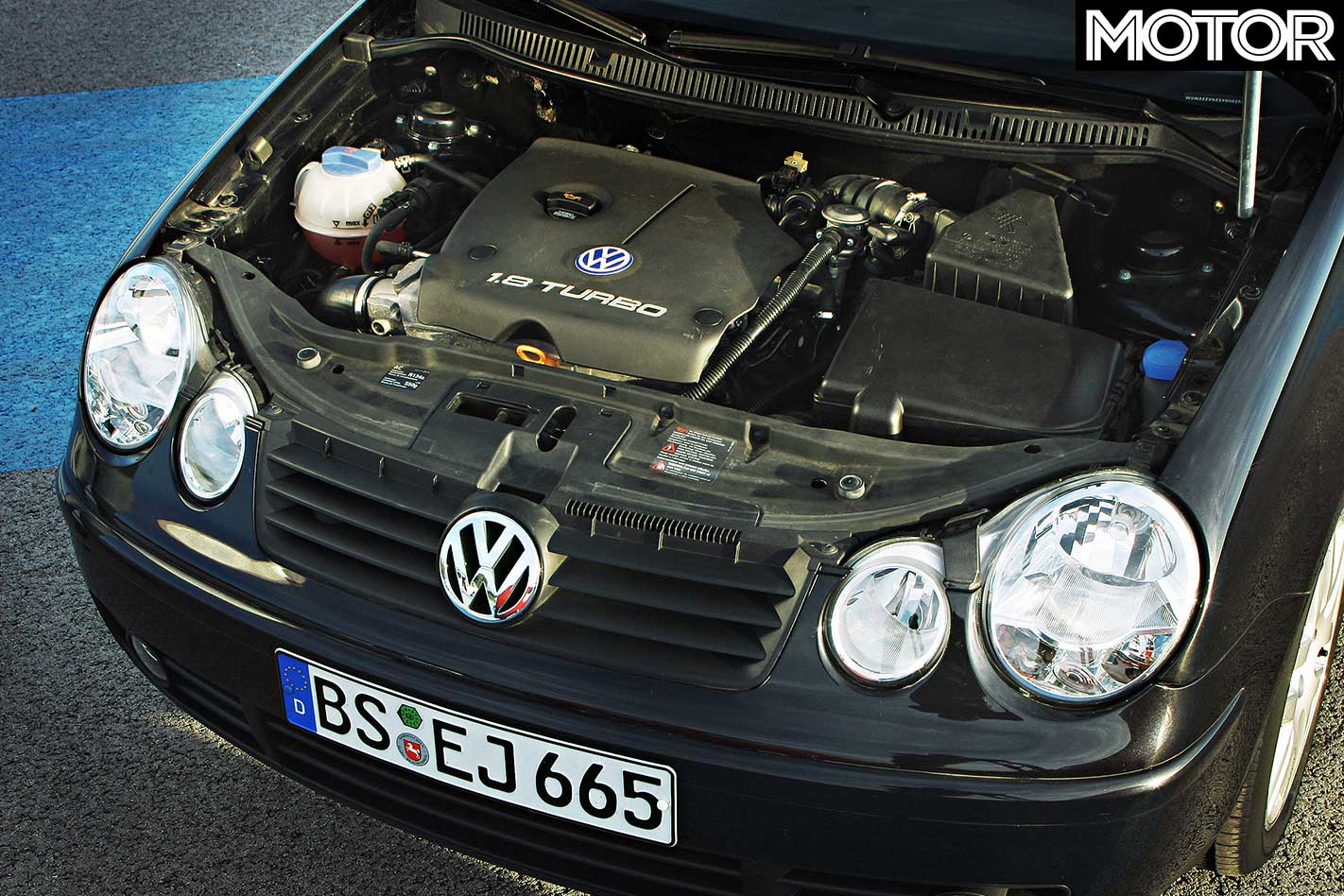 Like the 147kW Golf GTI, the go-faster Polo can be had with three or five doors.

According to VW’s spin doctors, the ‘new’ GTI philosophy is all about sharper controls, effortless acceleration and plenty of bottom-end torque. Start the engine of the 110kW Polo (or that of the hotter 132kW version), and you’ll discover what they mean. Calm and composed, the artificially-aspirated 20-valver idles with the acoustic presence of James Earl Jones.

Blip the throttle and there’s a mix of appetite-whetting intake growl, subdued turbocharger whine and brief wastegate chatter. The throttle response is instant, the clutch is light and the shift action is short and sharp. 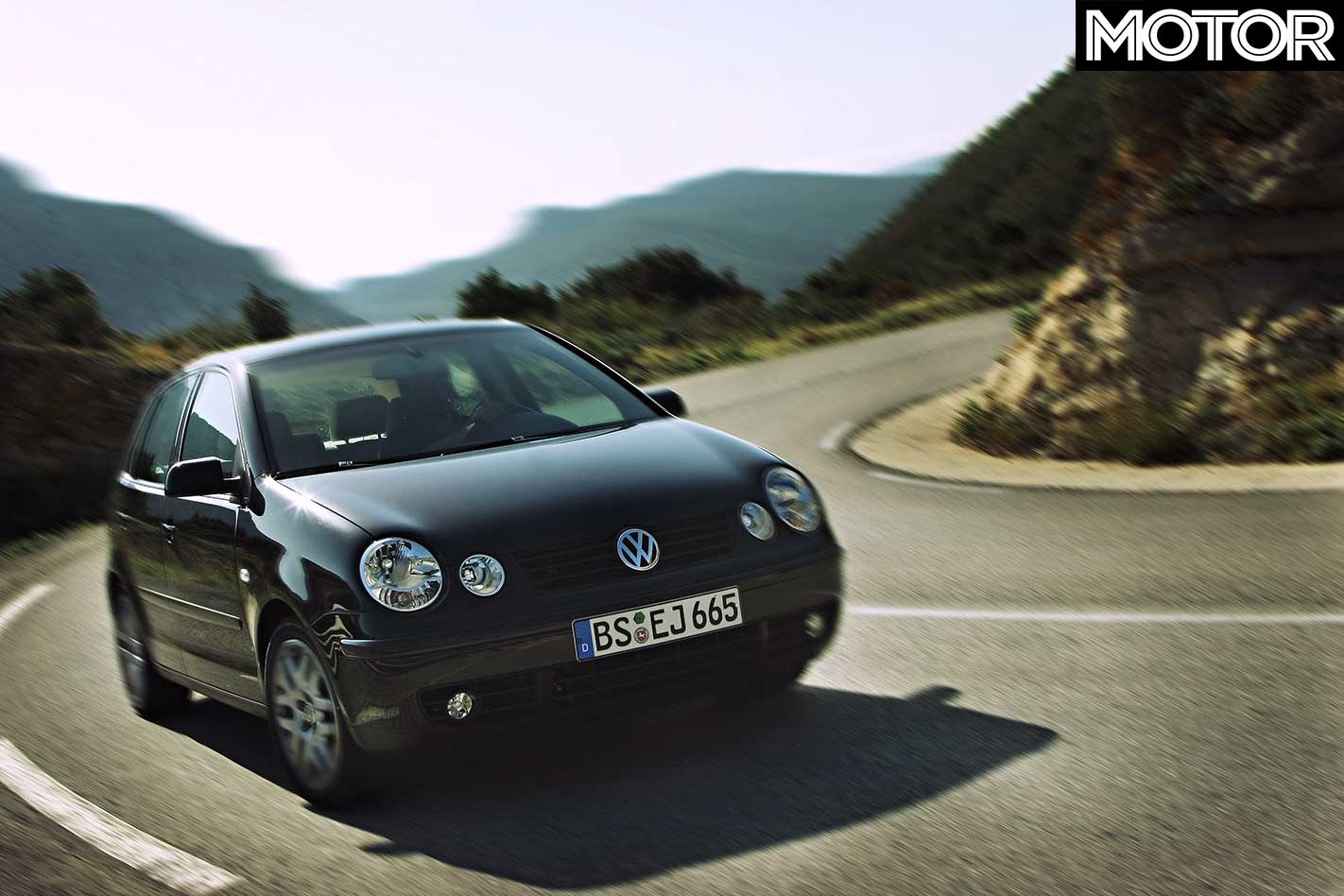 Mid-corner balance has been greatly improved and, thanks to thicker anti-roll bars the Polo GTI offers a neutral, less twitchy cornering attitude than previous models. It won’t cock a wheel when pushed and nor does it demonstrate the same level of adhesion as a Sport Clio. But in terms of overall inspiration, the GTI is more switched on than any other Polo so far foisted onto the public, and that’s not damning it with faint praise.

The intuitive blend of torque flow and steering angle makes for a level of smoothness rare for a car of this price and size.

On the track at Le Castellet, we pushed Bridgestone’s stock up by peeling rubber until the sun set and the track was closed. In this extreme environment, the Polo GTI would have performed better if its tyres had had stiffer sidewalls and less generous slip angles. It could also have done with more attentive and more potent brakes. 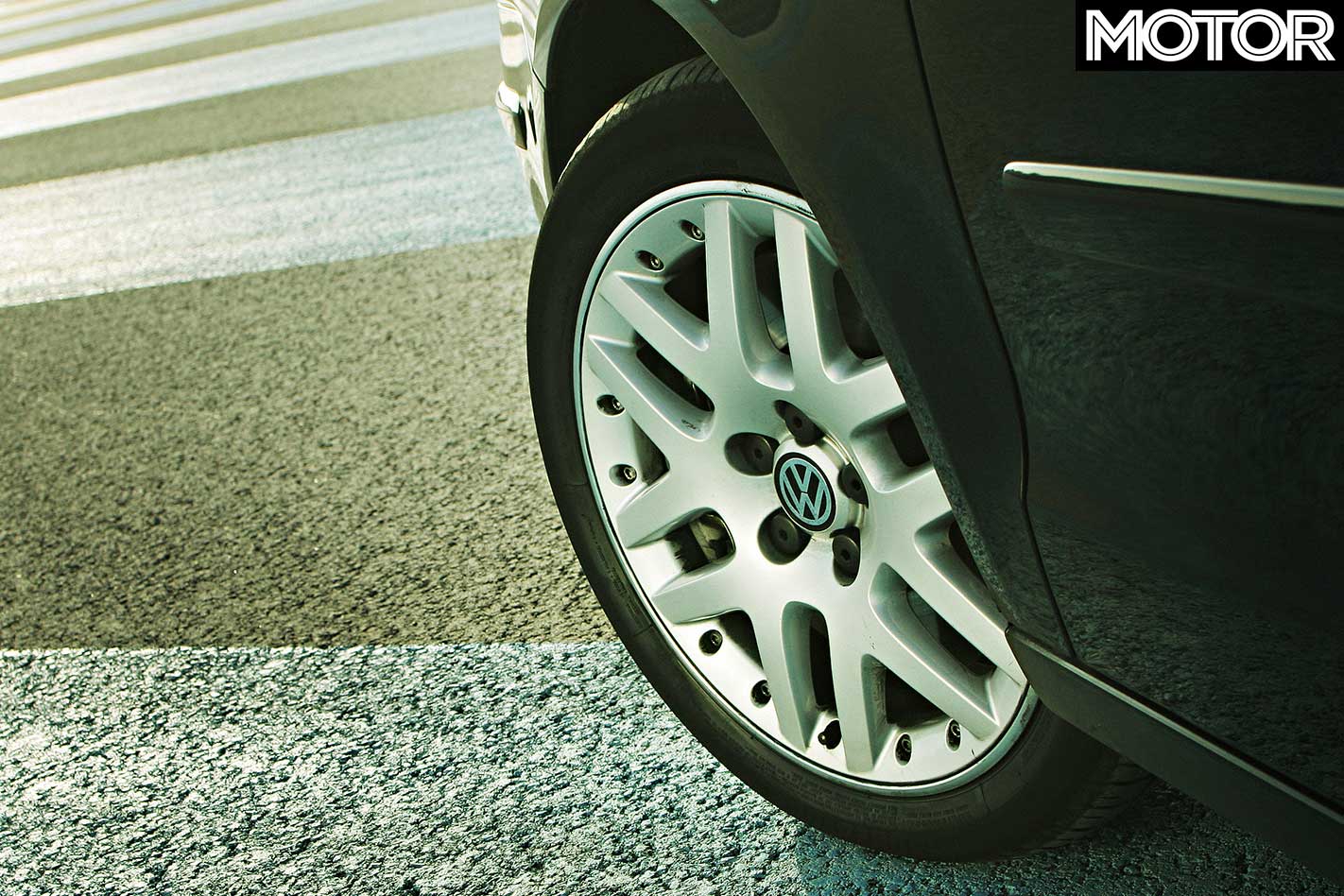 While sub-standard deceleration from high speed is less of an issue on public roads, the pedal feels spongy under pressure, and the stopping distances increase the hotter the brakes get. Different tyres and more aggressive pads should sort that, though.

The warmed-up compact beams itself from 0-100km/h in 8.3 seconds. Don’t think it’s sufficiently GTI-like? Then pay the premium for the 132kW edition, which clips 0.8 seconds off the acceleration time and boosts the maximum speed to 225km/h. 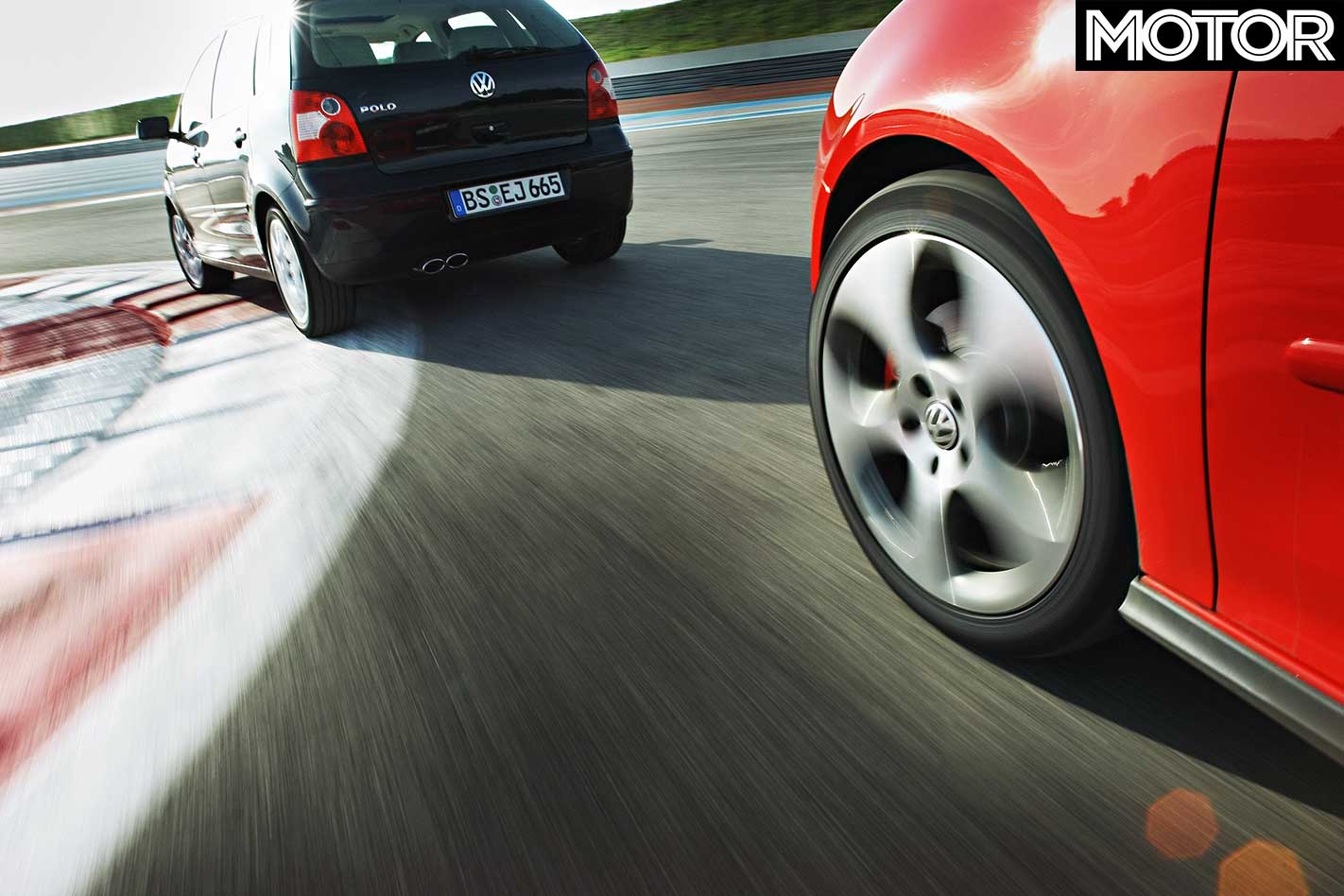 The bigger and heavier Golf GTI struggles to match these acceleration numbers. And while the Golf is faster overall, it’s the Polo GTI which best mimics the principle of the original GTI.

Although it is a latecomer to the segment, the Polo GTI’s mission is to take the fight to the MINI Cooper S, the Peugeot 206 GTi (both regular GTi and 180) and Renault’s Sport Clio and quite possibly even Volkswagen’s own Golf GTI. Pricing hasn’t been confirmed, but the Polo GTI is tipped to be priced in the mid-$30s. 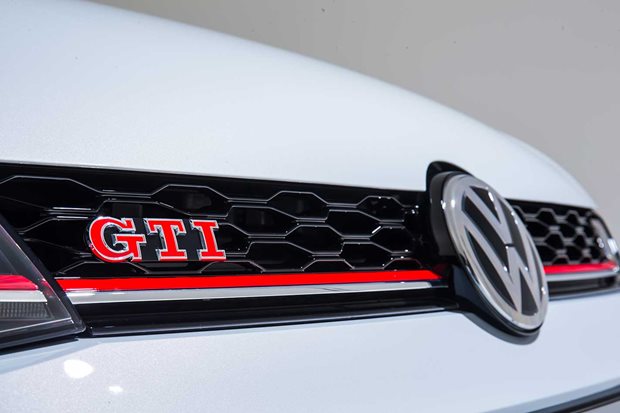 More power, a front diff, and bigger brakes, but no third pedal 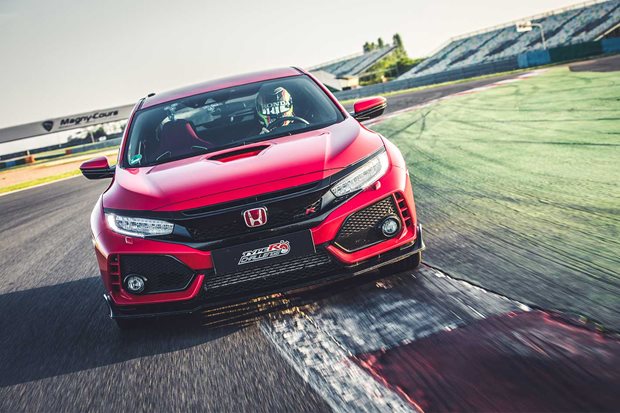 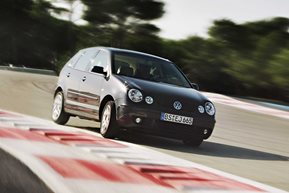 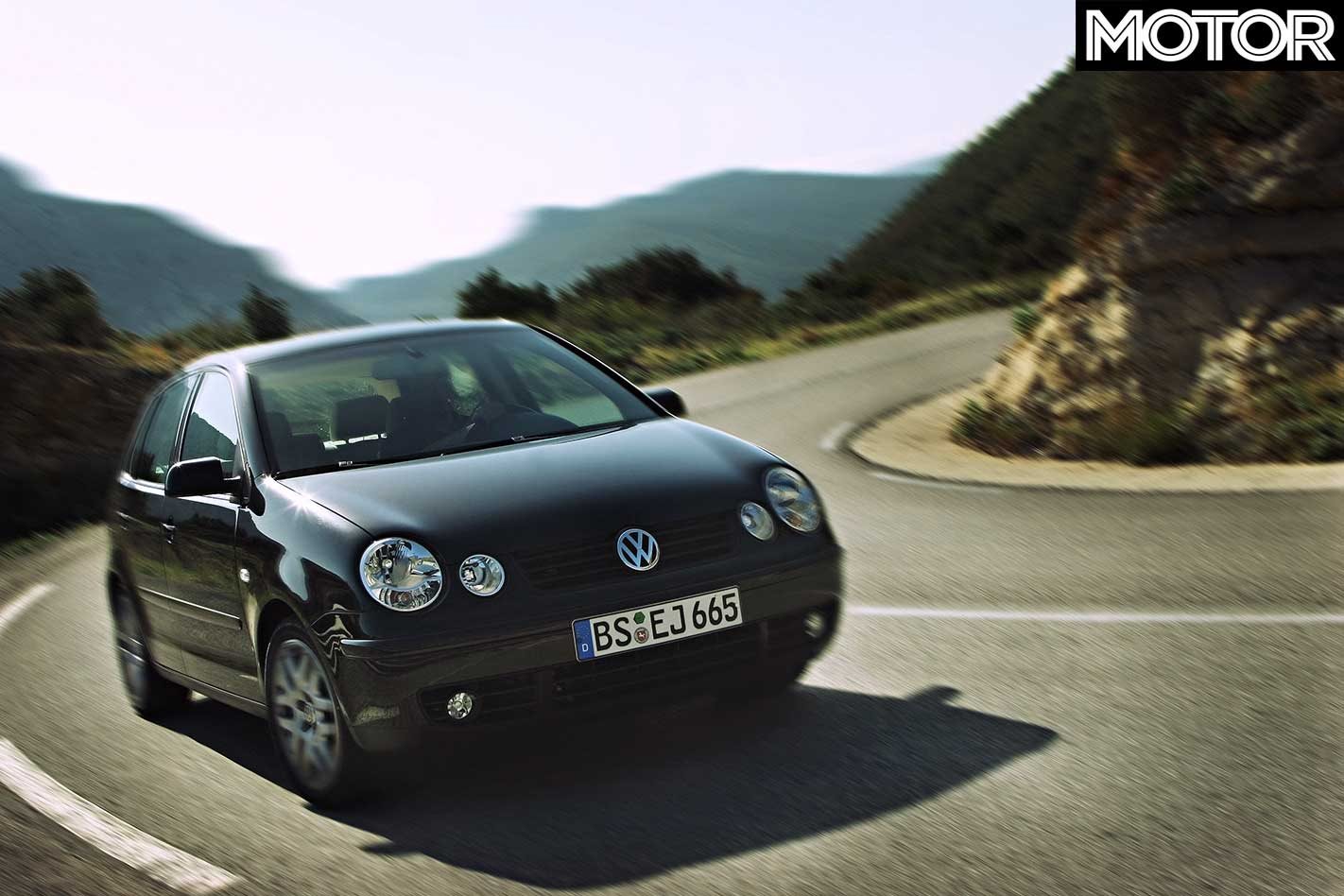 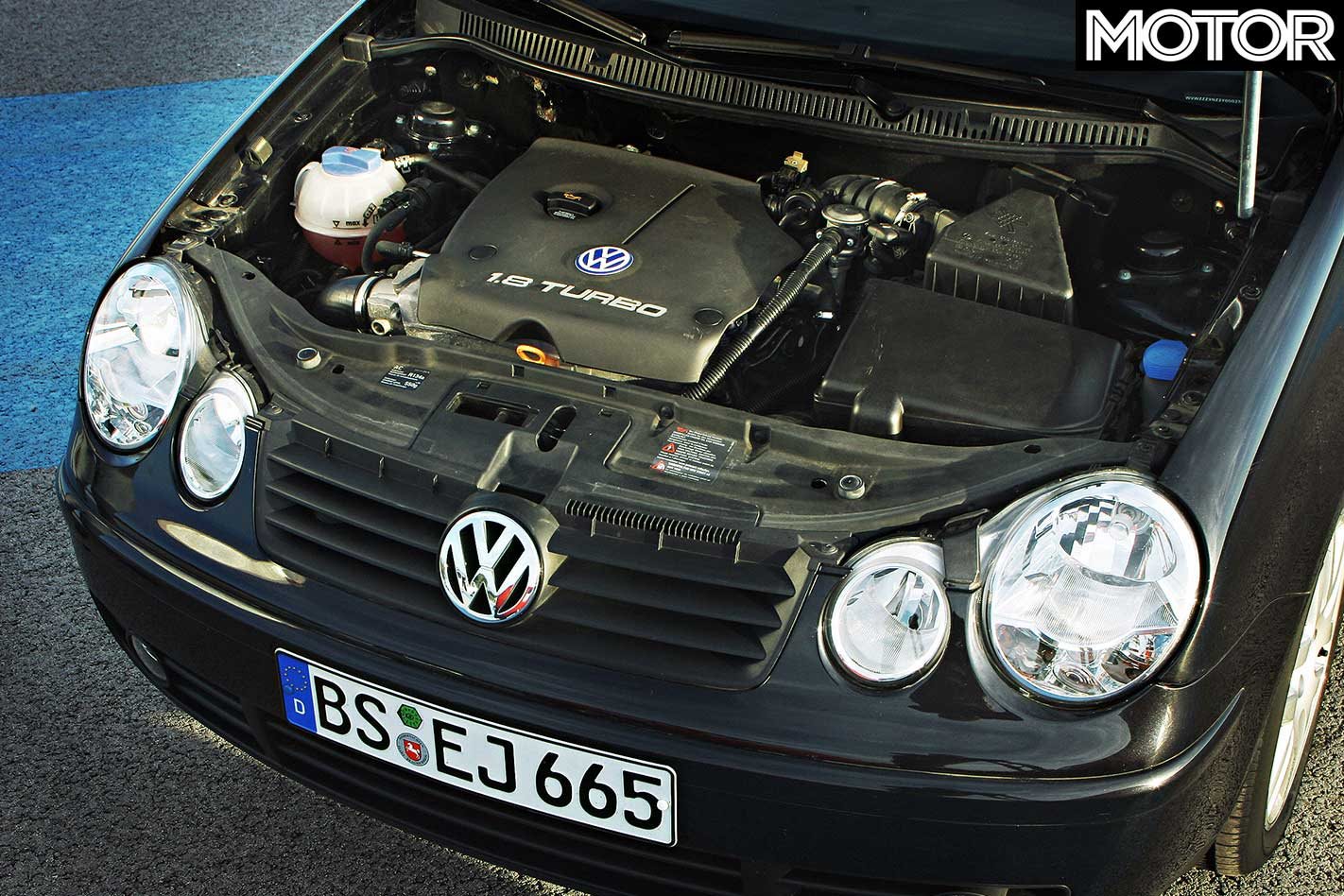 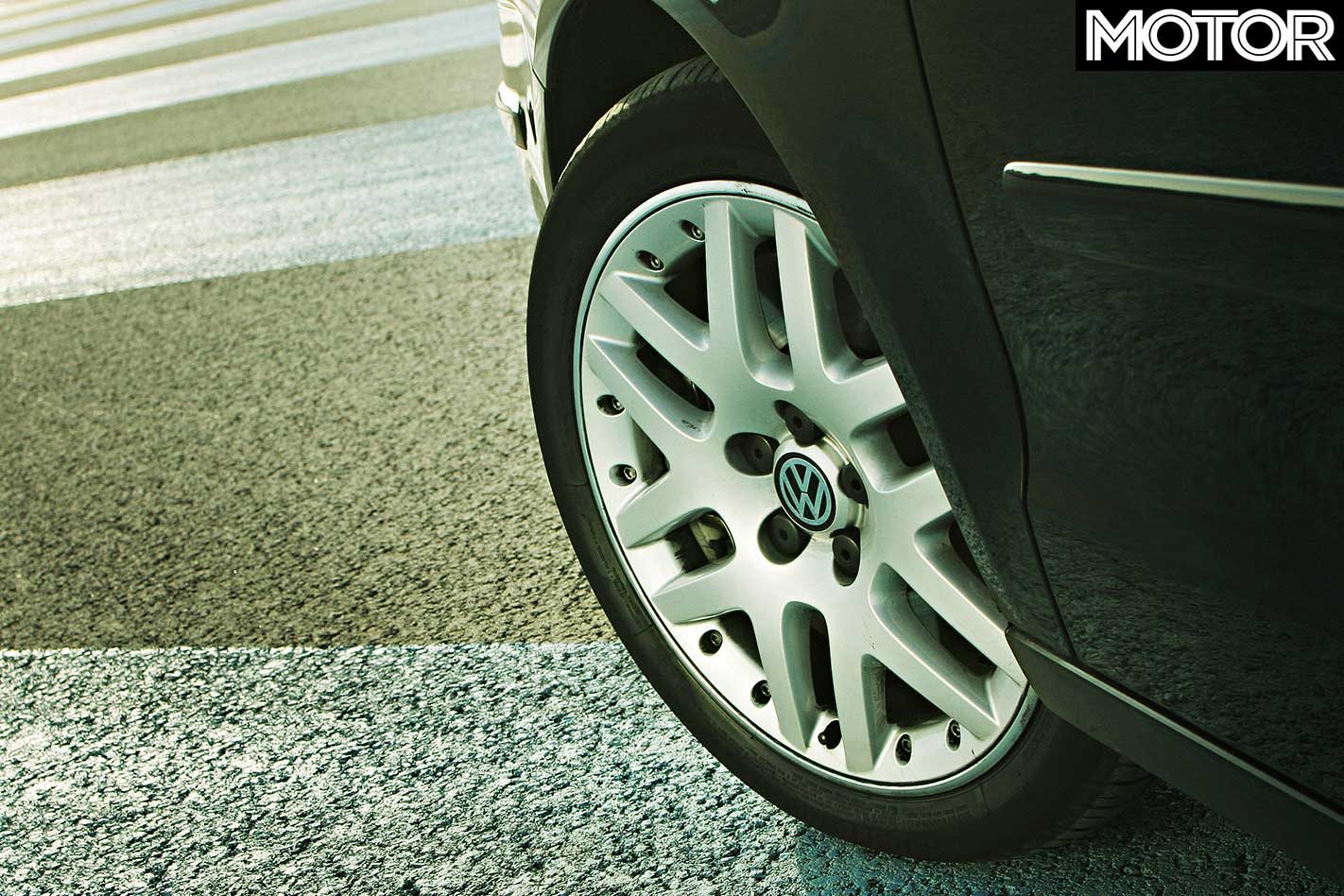 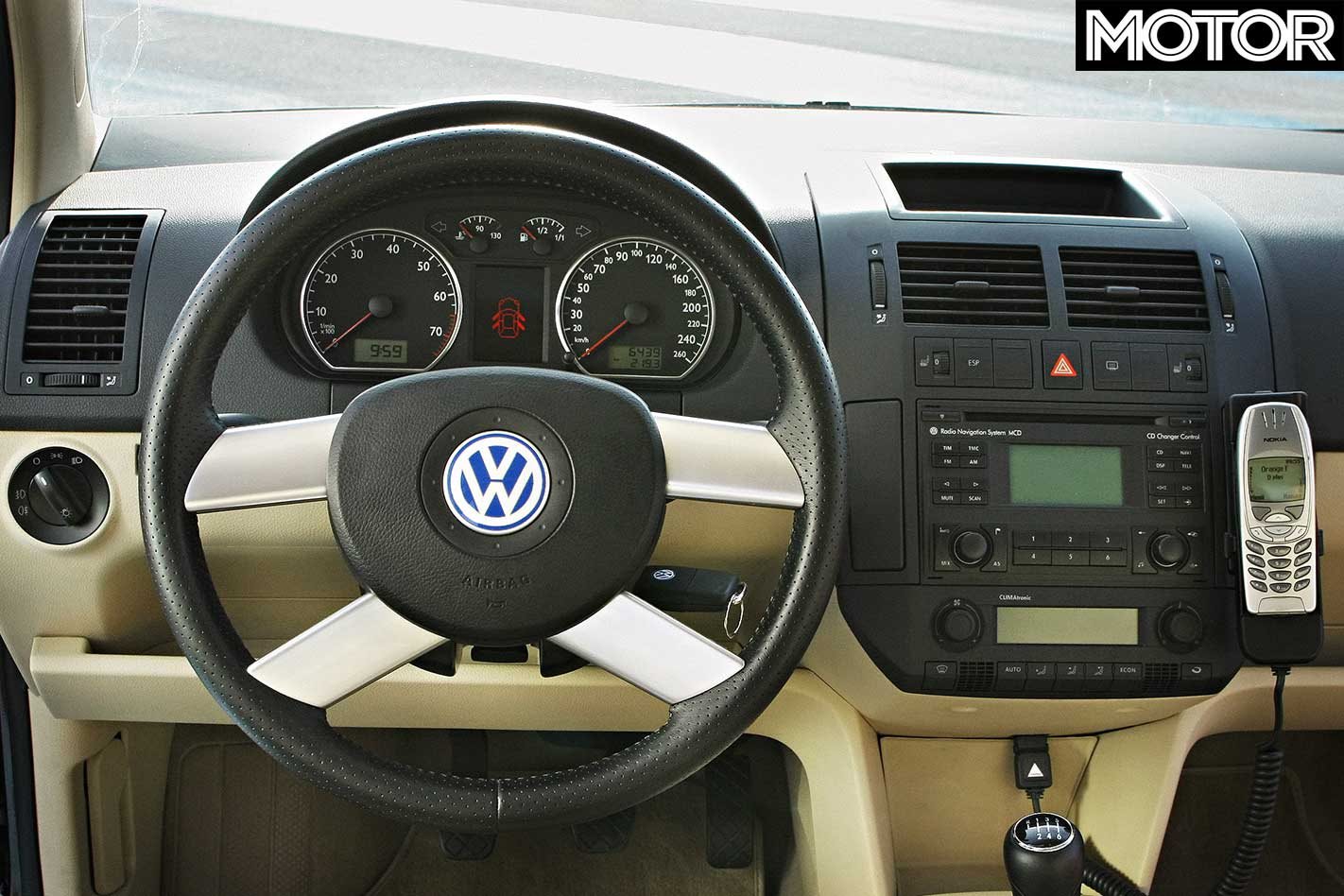