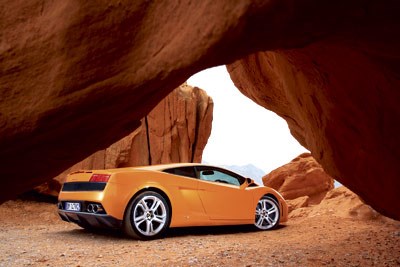 I think I've just driven through one of those subtly-signposted, but crucial crossroads in a carmaker's career. It happened not at the wheel of the new, $455,000 Lamborghini Gallardo LP560-4 — it's not that triumphant a car — but during a Q&A session at the car's Las Vegas launch.

The extensively facelifted Gallardo LP560-4, whose name indicates its 560ps (412kW) and four-wheel drive, gets its grunt from an all-new 5.2-litre V10. The formula of handfuls of pistons and ever-increasing capacity has been pure Lamborghini since 1963; unlike Ferrari and Maserati, there's never been a Lambo turbo.

Maurizio Reggiani, Lamborghini's affable head of R&D, was asked if this would change.

"Definitely not," he says. "Part of our DNA is that the engine must be naturally-aspirated, and no diesels."

Without a change in pace or pitch, boss Stefan Winkelmann took up. "Basically this is the statement at the time being of Mr Reggiani, and he is right. But on the other hand, we are working on the future, and there are no limits. Whatever fantasy you have, [we have] the same.

"To reduce emissions in future, we are working on four big issues: friction, aerodynamics, [weight-reducing] materials, and the type of engines."

It's an illustration of the two, oddly harmonious sides of Lamborghini: terra di motori veteran Reggiani, ex-Maserati (BiTurbo era), ex-Bugatti (Artioli era) who joined Lamborghini 13 years ago; and the Italian-born Winkelmann, tapped in 2005 by Audi while running the German market for Fiat.

Lamborghini has a long-term goal to reduce emissions of its two models by 40 percent. The Gallardo LP560-4 takes a big stride in that direction: the all-new engine introduces a 2mm larger bore dimension, embraces Iniezione Diretta Stratificata (Lamborghini for FSI) and a bunch of breathing tech to slash fuel consumption and CO2 emissions by a staggering 18 percent (to 13.7L/100km and 315g/km, respectively).

The 0-100km/h sprint drops to 3.7 seconds, which highlights another of the LP560-4's advances. The previously awkward E-Gear six-speed gearbox cops an entirely new engagement system said to reduce shift time by 40 percent. It features five driving modes along with a launch control dubbed Thrust Mode.

Along with refinements to the front and rear, double-wishbone suspensions and the (optional) carbon-ceramic brakes, the LP560-4 promises to be something out of the box.

The drivetrain, let it be said, is exemplary. The E-Gear transmission is a revelation, from the smoothness and rapidity of its clutch action at low speeds, to the stirring, slap-shot shifting in Corsa mode. There's perceptibly more torque to the new engine, belying its much higher peak rpm, and a seductive soundscape just beyond 4000rpm. The carbon ceramic brakes are stunningly powerful, but take practice to modulate smoothly.

Inside, it's subtle and classy, though the A-pillars seem to be forever in the way and the right-hand-drive version's footwell is cramped and compromised. Rearward lane-change visibility is expectedly non-existent.

But the unexpected thing about the LP560-4 is its handling. Where one would expect the thing to be Araldited to the road, particularly on the optional Sport suspension fitted to all of the launch cars, each of our three or four examples felt 'walky' in the rear end when not under accelerative load.

A lifted throttle, braking into a corner, indeed even a leisurely upshift in a long corner, induced this wandering yaw sensation. Like Porsche's 996 GT3,
it seems to slump onto each armrest of its lateral adhesion.

Conversely, the Lambo's four-paw traction does few favours in letting one pick up the throttle early on the exit; it merely drifts into a stabilising understeer. And at no point during this exercise might one describe the steering as feeling particularly alive.

Maurizio Reggiani knows of the rear-end yaw moment; he held the stopwatch that made it so. Through a combination of the front-rear torque split — which is "important that the driver has a perception of the transfer of torque; that it's not just imaginary" — and a softer, but non-linear (rubber and metal) bush that joins the rear suspension arms to the chassis, this rear-end toe-out sensation gets the nose turned into corners.

"This is the perfect set-up to reach the best lap performance vector on a track like Vallelunga or whatever," Reggiani states. "I am aware of this feeling, but ultimately, you are immediately in the right position to accelerate."

One gets the feeling that Lamborghini itself, with whatever uncomfortable corners may be ahead, is in much the same position. 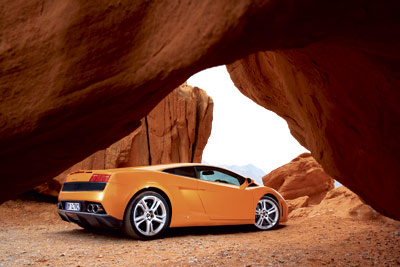 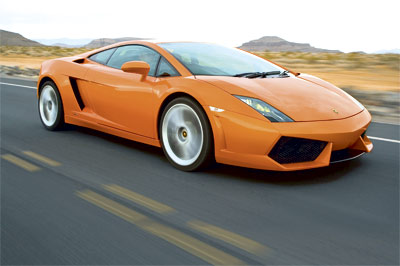 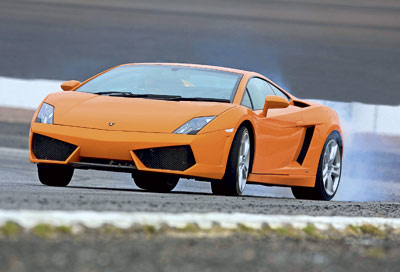 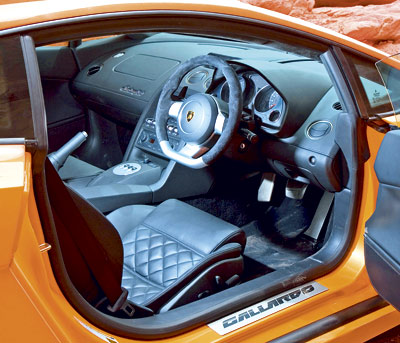