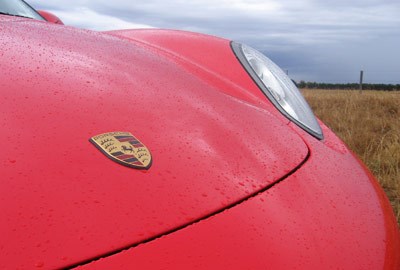 Not just a pretty facelift.

You can tell the difference between PR hype and genuine excitement about a car. At least, as a motoring writer, you hope you can. Too often it's the former, but it was patently clear the media presentation for the MY09 Boxster and Cayman was the latter.

It's probably pretty easy for Porsche Cars Australia national training manager Paul Watson to be excited. The MY09 Boxster and Cayman might not look dramatically different to the models they replace, but there have been significant drivetrain upgrades that make them faster, more economical and even more desirable.

At the heart of the upgrade are all-new engines, a 2.9-litre (up from 2.7) for the base model and a 3.4-litre for S models, both based on the new 997 facelift 911 engines, the first new architecture since Stuttgart moved from air- to water-cooled.

After debuting in the recently facelifted 911, the seven-speed PDK automated manual transmission filters down to replace the previous five-speed auto. The manual 'box is up from five to six ratios and a limited-slip differential can be optioned for the first time.

Great, but how does it go? Glad you asked, because we felt like a fang.

This launch was different to others. Partners are invited and couples are handed a car for the day and sent on a country drive on and around Victoria's Great Ocean Road. We book-ended the range, cheapest to most expensive: base Boxster manual on Saturday, Cayman S PDK on Sunday.

We'll concentrate on the drivetrains because the basic Boxster/Cayman chassis design carries over in revised form, and remains a rare automotive gem. From the lively, communicative steering to the controlled yet compliant suspension and the chassis' inherent balance, it approaches sports car perfection.

Porsche's Paul Watson had made much of the work done on the tuning of intake acoustics and this is one of the first things you notice when booting either car/engine from low revs. The only difference between the throbby induction notes is that it's more guttural from the bigger 3.4-litre S donk.

The base engine is more effective than ever and PDK versions are claimed to sprint to 100 in 5.6 and 5.5 seconds (Boxster and Cayman respectively). The manual is fractionally slower, but the flipside is you get the tactile delight of snicking the lever yourself.

After a frustrating crawl in the Cayman S stuck in slow-moving traffic along the GOR between Torquay and Apollo Bay, we headed inland and discovered its true worth. S badge firmly affixed to its rump, the Cayman evolves from quick coupe to quasi supercar. Overtaking is effortless and every corner blurs into the next with a blissful sonic backdrop of flat six rasp and wail as revs soar. If the engine isn't in the meat of its powerband, it will be in fractions of a second via a bump of the PDK lever or a press of the wheel-mounted shift buttons. Even left to its own devices, the new seven-speed automated manual is always decisive and snappy.

When you consider the 2009 Boxster manual is, at $113,000, just $4K more than the 1997 original, its value case is overwhelming. At the other end of the scale the $160,800 Cayman S PDK hits 100 kays from rest in 4.9 seconds, only two tenths behind a PDK Carerra. Tough choice, but regardless, two days in Porsche's latest affordable sportsters made it clear: the excitement is all real. 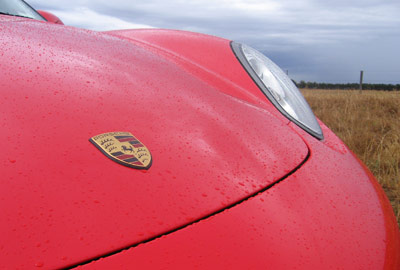 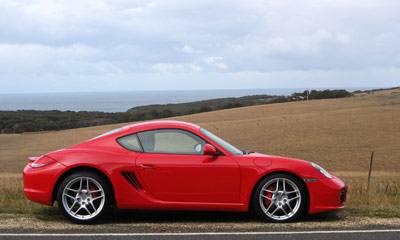 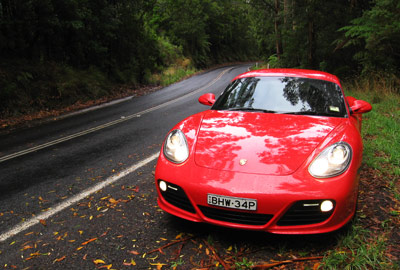 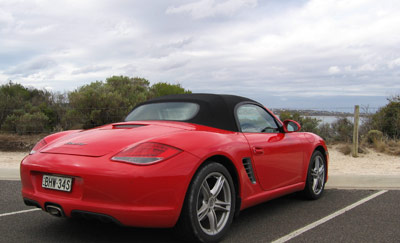