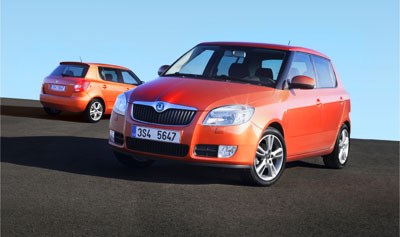 Calling this a 'launched' piece is a bit premature, really. Skoda's second-generation Fabia mini is almost certain for Oz ... but when is another story.

It's been on sale in Europe since 2007, appearing there around the same time the Czech brand was relaunched here with Octavia and the off-beat Roomster.

There's nothing avant-garde about Fabia, however. It has a certain style, but this is a relatively straightforward supermini of the 'boxy-but-good' school. It's aimed at the likes of the Fiat Punto, Renault Clio, Peugeot 207 and its fellow traveller within the VW Group, the Polo.

It's an orthodox front-wheel drive layout with strut front and torsion-beam rear suspension, offered with two turbo-diesel and three petrol engines in several states of tune. They slot into either
five-door hatchback or wagon bodies, both of which are under serious consideration for Oz.

Farther out, there is the prospect of a turbocharged RS hero model.

For our recent sampling in England and Wales, however, it was the less exotic combination of 1.4-litre three-cylinder turbo-diesel and five-speed manual transmission. This is the drivetrain that may come to Australia.

Away from the straight and narrow, the engine proves free of the lag that afflicts many small-capacity turbo-diesel engines. Thankfully the manual gearbox is also a good match for the engine. There's some diesel clatter at idle and low speeds, but it tends to be drowned out by tyre noise as speeds rise.

While noise insulation might not be a highlight, on the winding and quite rough B-roads of northern Wales, the Fabia showed off a level of ride comfort that is quite exceptional by mini standards.

Where it lags a little is in the accuracy of its steering and the tightness of its body control. Corners sometimes require two or three bites.

Boot size is a very useable 300 litres, growing to a mountain-bike-swallowing 1163 litres with the rear seats split-folded.

Its many virtues make a strong case for the Fabia; now we just have to wait while Skoda sorts out how to get the car here with the requisite six airbags, ESP, correct engine and transmission options for a price that reflects the value proposition that is integral to the brand. Launch date? The second half of 2009 at the earliest. 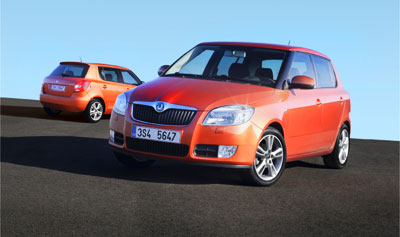 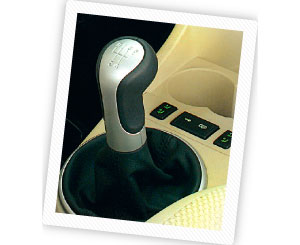