Porsche has introduced the ultimate road-going version of its 911, the GTS. It might just be the best 911 of all time

Porsche has introduced the ultimate road-going version of its 911, the GTS. With more power, better handling, a sexier exhaust note and, thank goodness, a manual gearbox option, this might just be the best 911 of all time.

WHAT IS IT
It’s the Porsche you buy if you’re a rich-enough purist, or you just want everyone to know that your 911 is better than theirs (and you don’t want to pummel your insides by buying a GT3 or a Turbo).

WHY WE’RE TESTING IT
Because the last 911 GTS, the 997 version, was one of our favourite cars of all time and this is always the version at which Porsche’s engineers really throw the whole box and dice. It might only be a little bit better than a Carrera S, in every way, but those little bits add up to something very special.

THE WHEELS VERDICT
This is, quite simply, the best car your money can buy that still lets you change the gears yourself, and what a fantastic manual gearbox it is too. Or if lap times are more important to you than tactile joy, you can choose the PDK, which is quicker to 100km/h. Either way, what you’re getting is the latest and greatest 911, the very best of one of the best cars on the planet, and something very close to flawless.

PLUS: Outstanding grip, steering, handling, ride, exhaust note, performance, on-track ability and improved looks, thanks to a wider booty
MINUS: As usual, we’re going to be asked to pay too much for one in Australia when it arrives in February, with prices starting at $268,700, but that won’t stop cashed-up enthusiasts snapping them up

THE WHEELS REVIEW
IT MAY be playing in a small and increasingly shrinking field, but it’s still worth lauding the fact that Porsche’s new 911 GTS is, unquestionably, the best car you can actually buy with a manual gearbox.

The worrying news is that Porsche won’t commit to the next 911 offering the same option, because self-shifting sales have already fallen to between 10 and 15 percent globally, and less than 10 percent in Australia.

Even the man known as the Father of the 911, August Achleitner, a purist if ever there was one, would only say he “really hopes” the manual will continue.

And what a gearbox we’ll be losing. The seven-speed fitted to the GTS – which sits above the Carrera S and below GT and Turbo versions, which are all now PDK only – has been improved so that it requires even less shifting force and offers even more precise gates.

Using this instrument of tactile precision to direct the symphony of sound that comes from the upgraded 3.8-litre flat six, now offering 316kW and 440Nm, makes you whoop with joy. The standard sports exhaust has been specifically tuned to provide a unique GTS note, and it’s quite possibly the best sounding Porsche of all time; a deep, bassy and brassy bottom end that erupts through the mid-range and screams at the redline.

Achleitner admits he wasn’t quite happy with the sound of the 991 version of his baby, until now: “The engineers have lifted it up, and now it’s just right,” he smiles.

The extra power, up 22kW over the Carrera S, was liberated by entirely reworking the intake manifold, a process that also gives this engine more torque at low revs and more power at the top. The 0-100km/h time is four seconds flat and top speed is now 306km/h, but what’s most impressive is how tractable it is.

On a winding, climbing road out of Los Angeles on the model launch, it was incredible how much you could stretch it in third gear, or you could just as easily torque your way round tight bends in fourth, depending on what tune you wanted to play with the engine.

We then drove the cars straight onto the track at Willow Springs, a circuit so fast and so hairy that fear is your constant co-pilot, where we experienced just how prodigious the lateral grip of this 911 is through corners so long your shoulders start to ache from holding on.

The GTS cops the wide body and sexier hips of the Carrera 4, allowing the engineers to widen the rear track by 36mm. Combined with a standard PASM active-damper system that lowers ride height by 10 percent, this car feels even more planted and more bulletproof on a track than the Carrera S.

Visually the differences between the cars are not huge – black brightwork, chrome tips, Alcantara steering wheel – but the GTS badges on the boot are all you need to see to know that this is now the ultimate road-going Porsche, and an even better car than the last GTS version, which was one of my all-time favourites.

For once, the base model is the best, too, starting at $268,700 in manual guise. The GTS also comes as a Cabrio, and even in Carrera 4 guise, but these, much like the PDK versions, should be shunned. 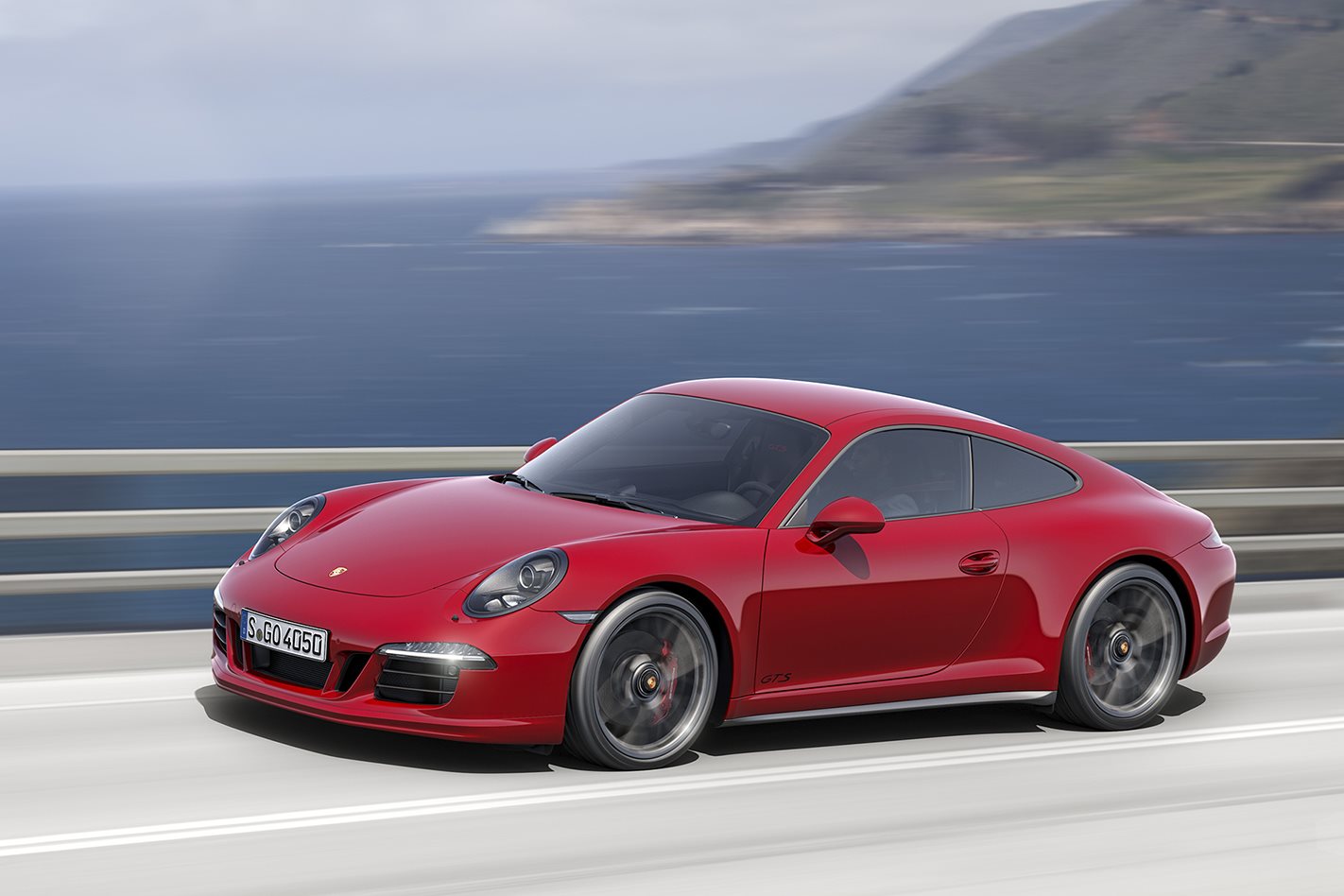 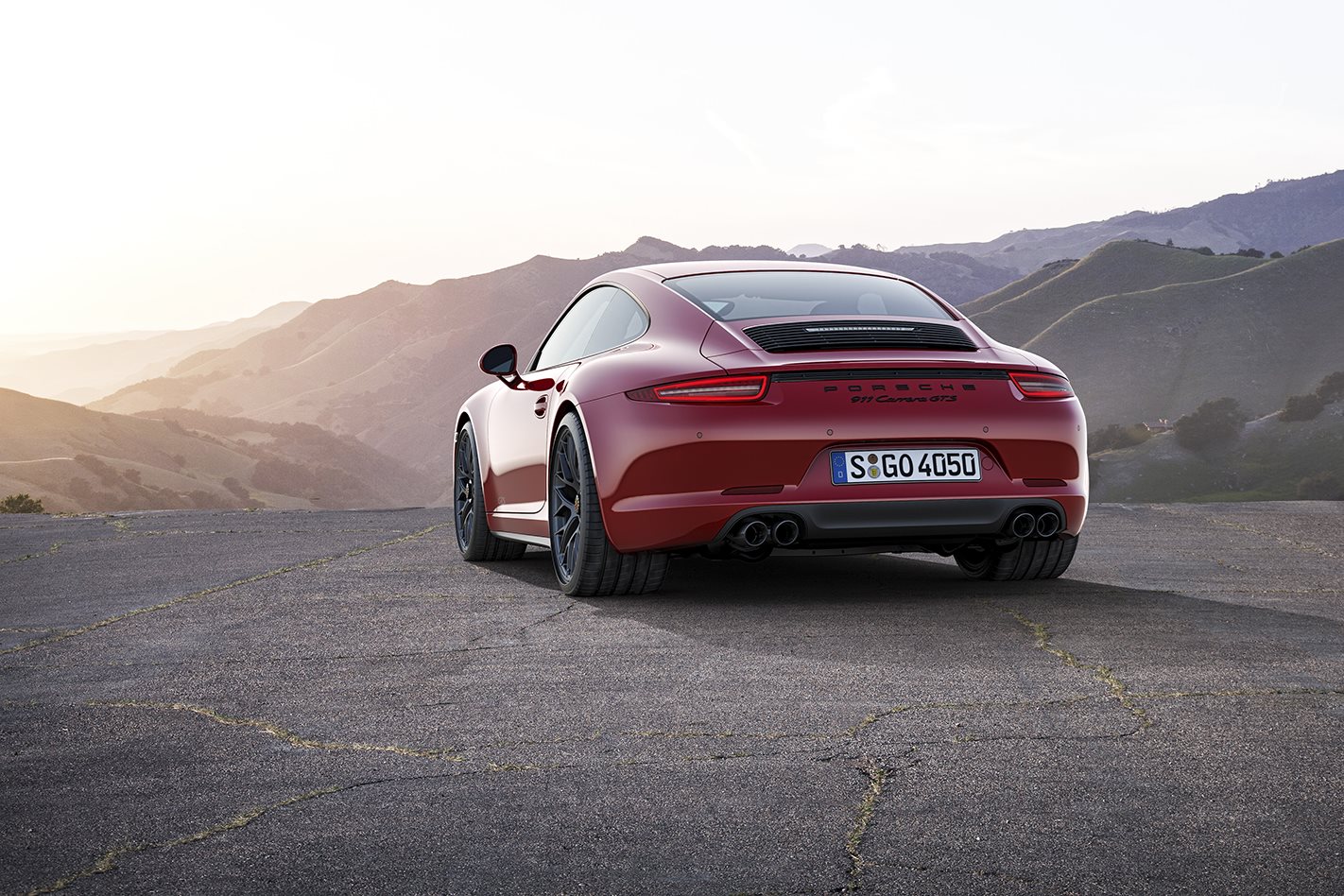 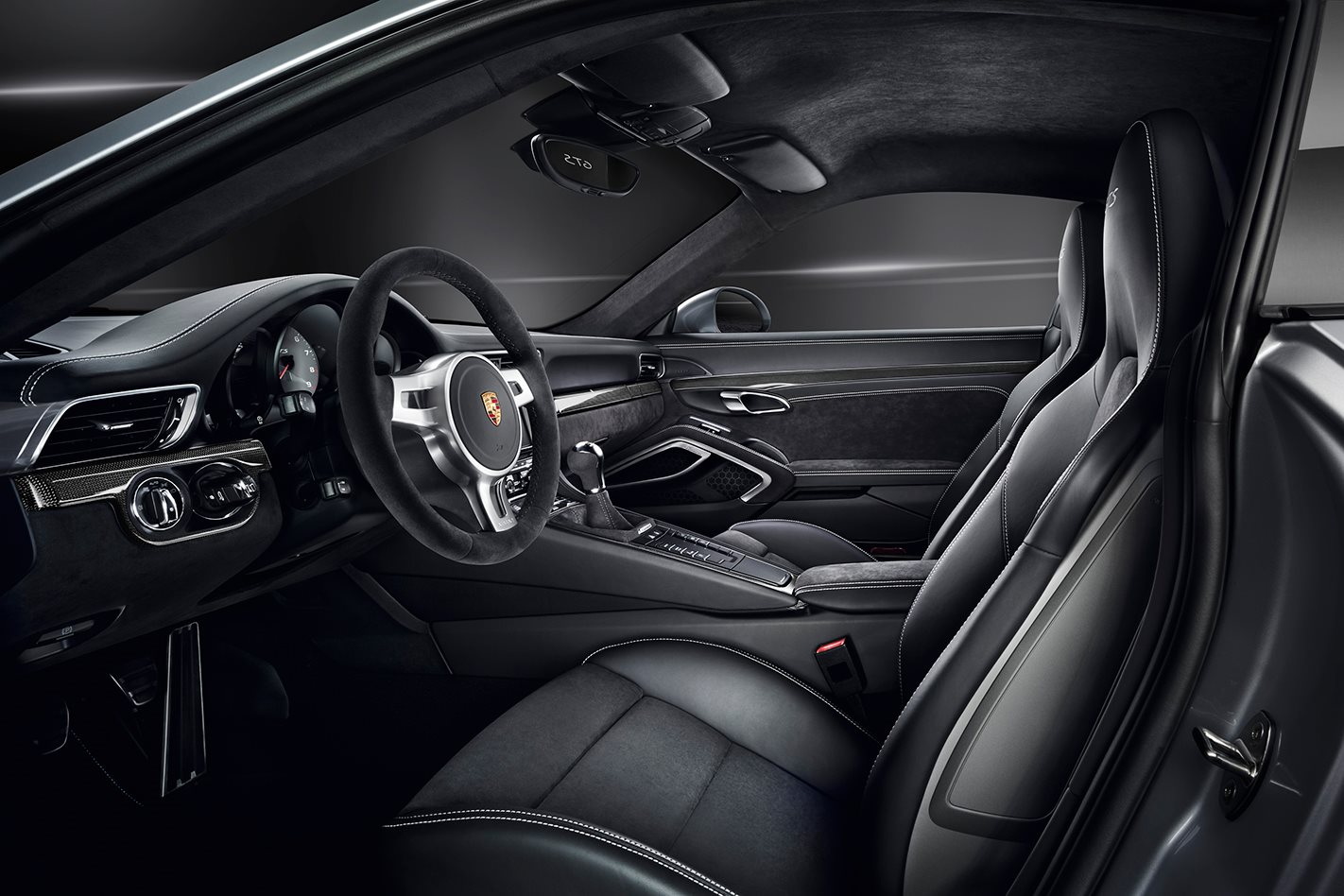