Convertibles are never prettier than the cars that give birth to them, but the 4C Spider comes damn close while ditching the roof should also allow more of the classic Alfa exhaust bark to reach your ears.

Convertibles are never prettier than the cars that give birth to them, but the 4C Spider comes damn close while ditching the roof should also allow more of the classic Alfa exhaust bark to reach your ears.

WHAT IS IT?
Alfa Romeo’s new Giulia is set to drive the company into a sporty, rear-wheel-driven future, but its 4C was already a statement of intent, and a work of automotive art. With its mini-Ferrari styling, expensive carbon tub construction and surprisingly affordable price (although not as affordable as we were led to believe at first), it was a game changer for the Italians, and now they’ve chopped the roof off to create a sexy Spider version.

WHY WE'RE TESTING IT
One strange problem the original 4C had was that it sounded better outside the car than in it, being able to remove the roof should hopefully bring some of those barking noises into the cabin.

MAIN RIVALS
The Porsche Boxster would be the obvious driver’s choice, and is a superior car, while those more concerned with style and beauty might consider an Audi TT S, although even that is not a patch on the 4C Spider’s stunning looks. In terms of driving enjoyment and refinement, and value in particular, it would also be worth looking at the new Mazda MX-5.

THE WHEELS VERDICT
A convertible that puts the wind up your ears at anything over 100km/h plus an engine that hisses and barks at you at any speed make the 4C Spider an intensely wearing car to drive over any kind of distance. Throw in the retro fold-away manual roof fiddliness and you won’t drive it topless much anyway, so you may as well just buy the coupe.

PLUS: Stunning design, stiff carbon chassis, very little added weight for a convertible, performance.
MINUS: Noisy, wind intrusion, fiddly roof design, heavy steering not for everyone, gearbox should be manual. 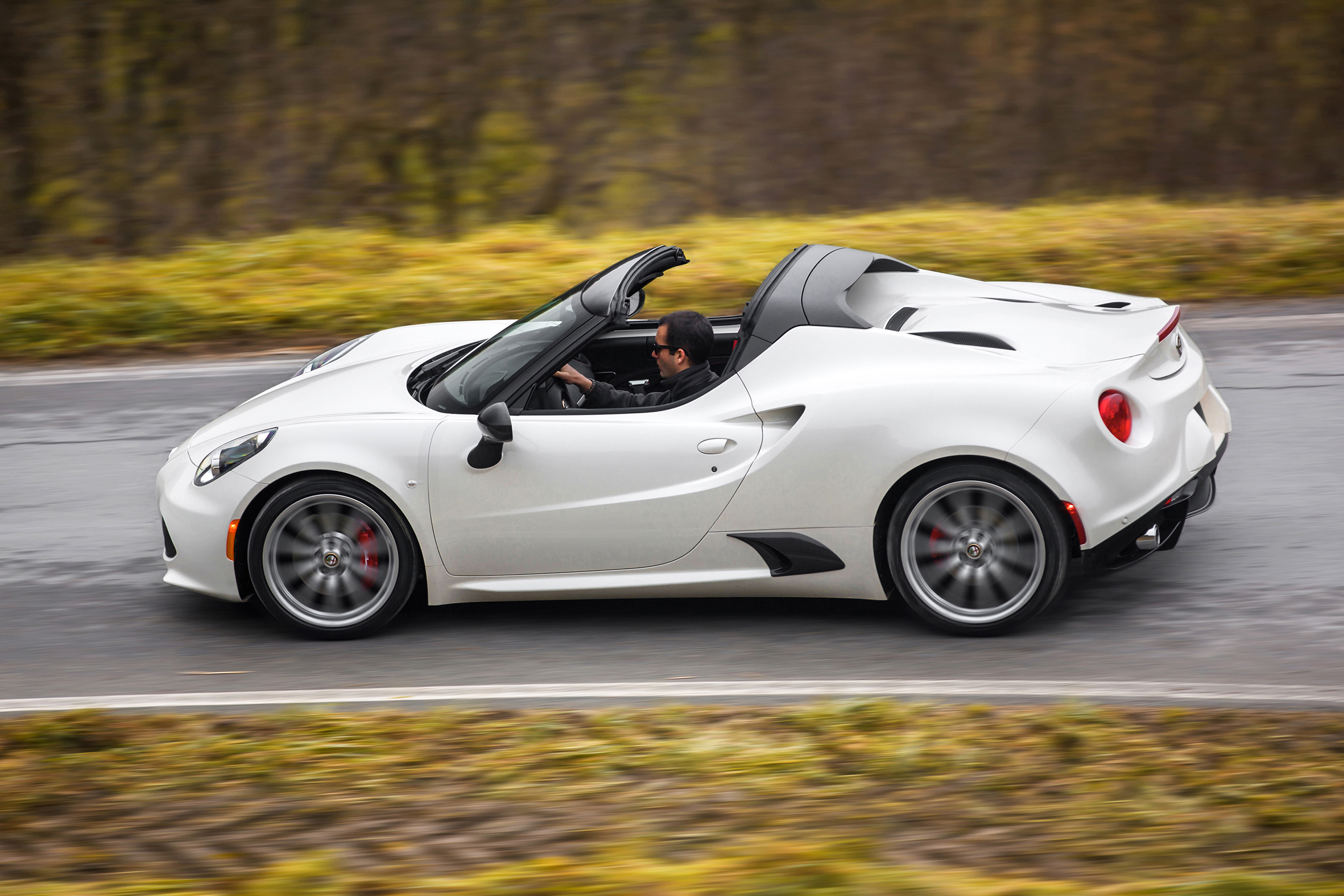 THE WHEELS REVIEW
THERE will be no such thing as heading out for a quiet drive in your Alfa Romeo 4C Spider. Many modern convertibles do a great job of guiding air flow up and over the cabin, while some claim you can still have a conversation without shouting at speeds of 160km/h, but the new drop-top Alfa is not one of them.

The only good thing about the rush of wind noise you get at anything over 80km/h is that it almost drowns out the constant suck-blow-whoosh noises from the hardworking turbo chargers, and the slightly tractor-like grumble from the engine.

To be fair, there is a sweet spot, at city speeds, where the car's angry bark, which you could only hear if you were standing outside the original 4C, finds its way into your ears with the roof down, but drive it with any sort of aggression − or on a highway for any distance - and the noise levels are an assault on your senses.

Conversations, with a passenger or even more so via a Bluetooth phone call, feel like they're being conducted in a tin shed during a hurricane. 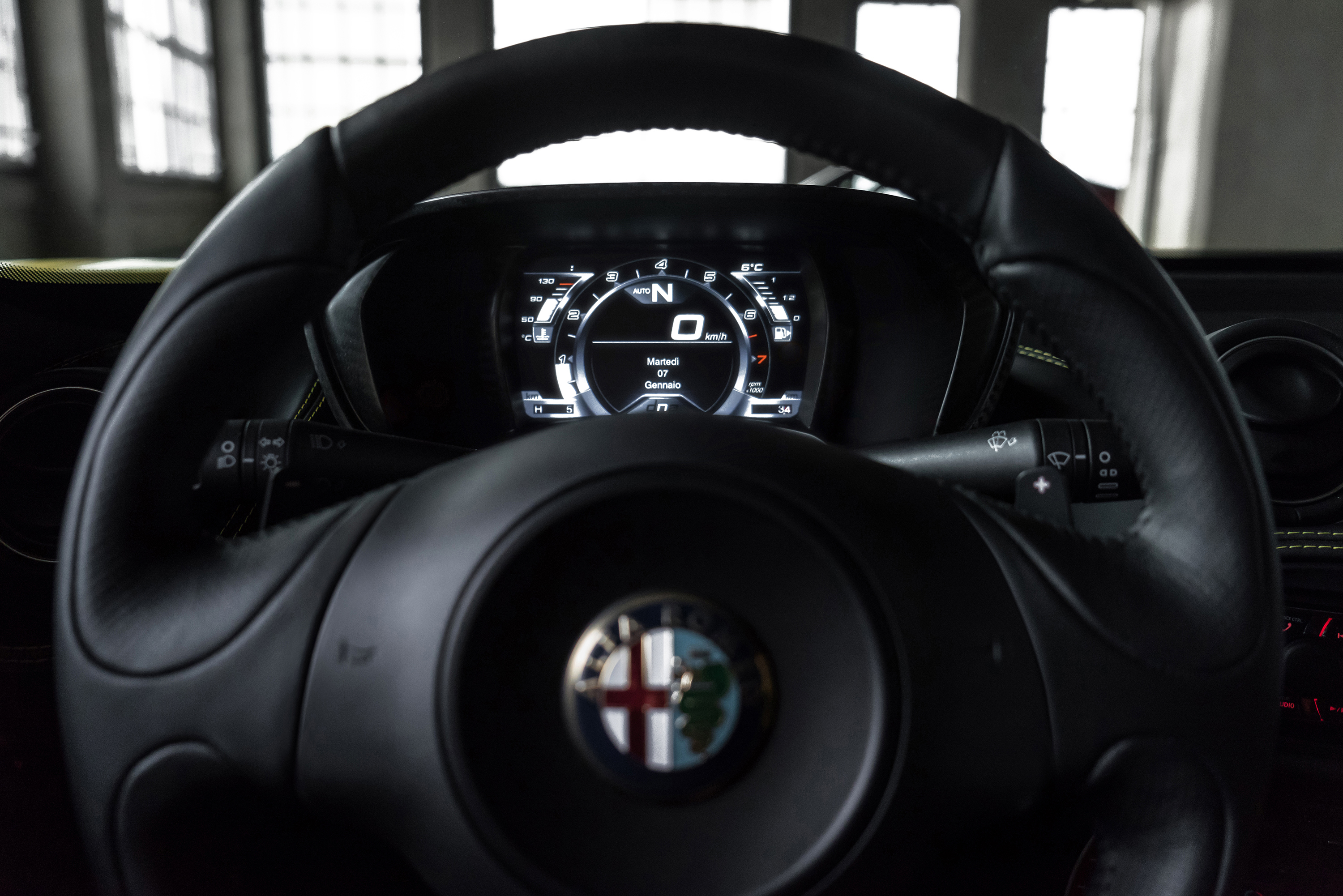 This a shame because the Spider should have much to recommend it over other roadsters. The all carbonfibre windscreen frame that’s been added brings more strength, saves weight and looks fantastic and the all-carbon tub means the chassis is already so stiff that it needs no heavy reinforcement work underneath.

The result is that the car’s vital power-to-weight focus has been maintained, with the Spider just 10kg heavier at 1035kg, meaning its turbocharged 1.75-litre's 177kW and 350Nm are still enough to hurl it to 100km/h from rest in 4.5 seconds, which is just as fast as the coupe. There's plenty of mid-range grunt as well and on the speed-friendly Italian Autostrada where we drove it there was plenty of surge on hand from 100km/h, or 100mph (160km/h).

Unfortunately, saving weight also meant a push-button, automatic folding roof was out of the question and what you get instead is a manual system that involves getting out of the car, messing around with catches, levers and bolts and then folding the whole thing away into a bag, which then cuts your already tiny boot space in half. 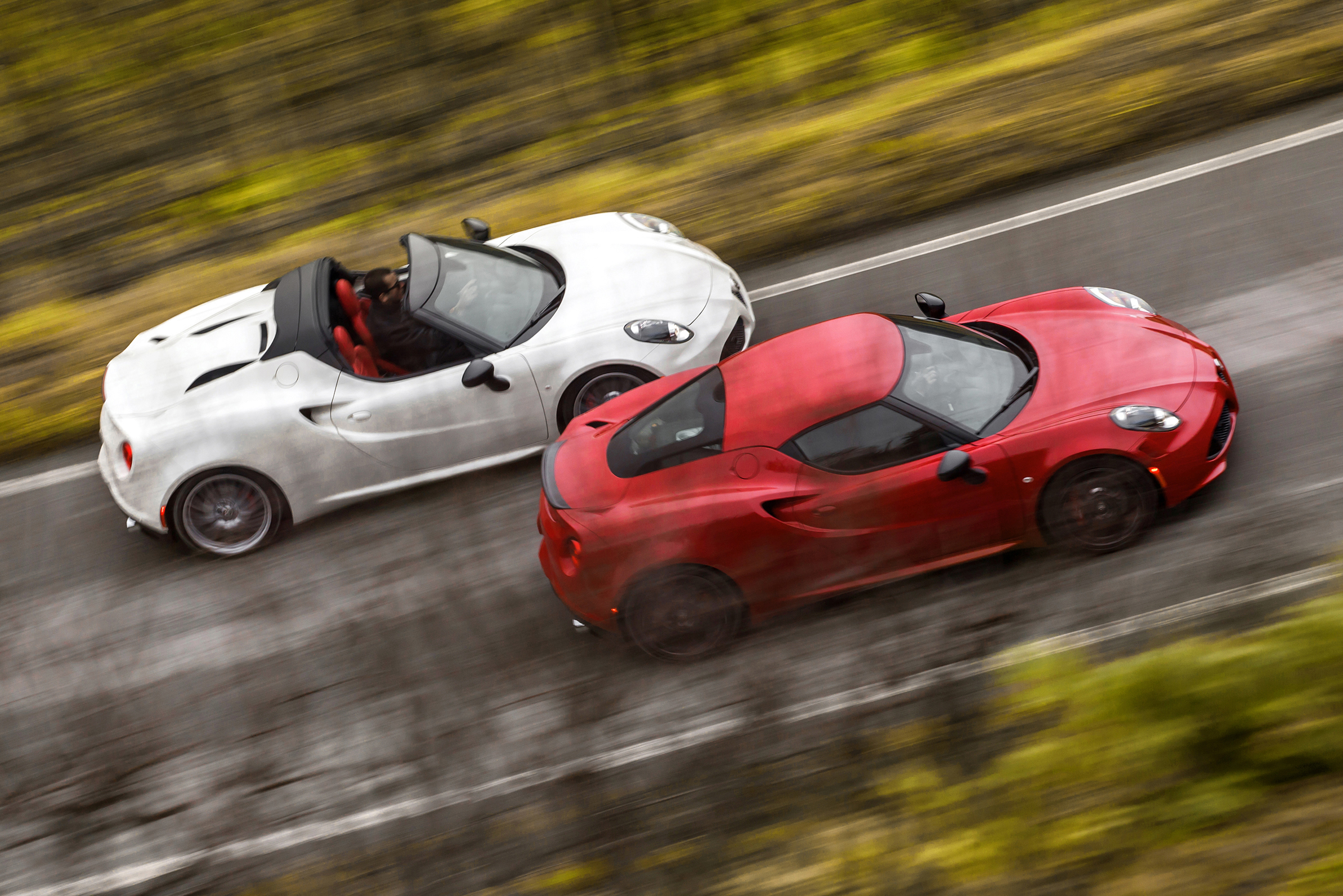 Even when it's up, you get a bit of wind noise and booming from this temporary-feeling lid. While there’s no sense of scuttle shake with the roof off, you do get more bump steer.

Overall, the unassisted steering divides opinions, with some experts deriding it as beyond awful to the point of dangerous. Certainly it is annoying heavy at parking speeds, but there is some feel to it when cornering, although there’s also disappointing understeer when you push on.

In the final analysis, the Spider feels far more flawed than the original 4C, and yet it looks no less beautiful, which means it will still find plenty of buyers among the Alfisti come November, even at an expected price of around $100,000. 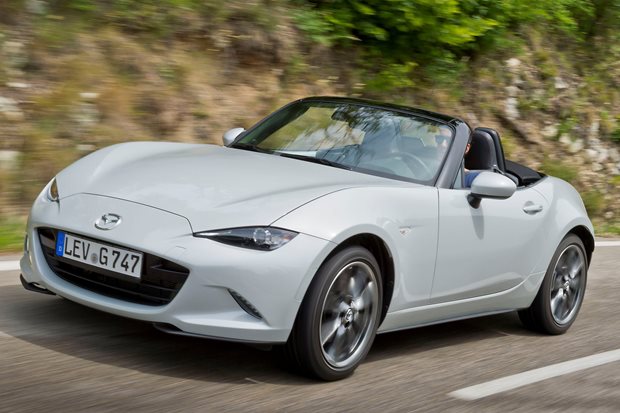 The 2015 Mazda MX-5 roadster bucks the technology trend towards autonomy to stay true to its driver-focused principles of pure and exciting driving. We drove the 1.5-litre in... 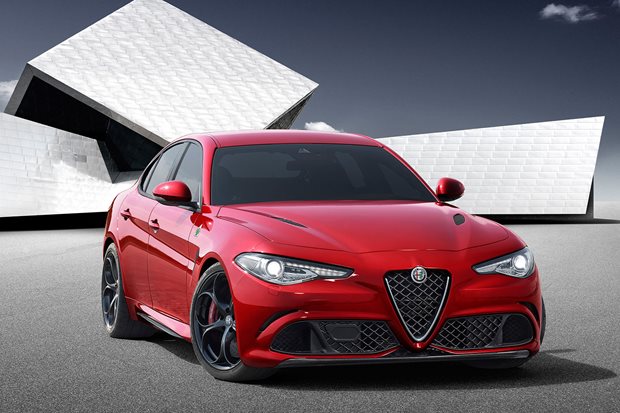 Alfa Romeo has launched not just a new car – the BMW M3-challenging Alfa Romeo Giulia Quadrifoglio Verde – but its entire brand, complete with a reimagined nameplate, and has...