The 2015 Mazda MX-5 roadster bucks the technology trend towards autonomy to stay true to its driver-focused principles of pure and exciting driving. We drove the 1.5-litre in February, now we're jumping behind the wheel of the more powerful 2.0-litre version.

The 2015 Mazda MX-5 roadster bucks the technology trend towards autonomy to stay true to its driver-focused principles of pure and exciting driving. We drove the 1.5-litre in February, now we're jumping behind the wheel of the more powerful 2.0-litre version.

WHAT IS IT?
The Mazda MX-5 is the world’s best-selling roadster and Mazda’s fun-to-drive hero car. Front engine, rear-wheel-drive and powered by two new four-cylinder engines, the latest ND-series MX-5 is for those who care as much about the drive as the destination.

WHY WE’RE TESTING IT
The fourth generation of Mazda's two-time COTY-winning roadster offers two non-turbocharged engine choices for the first time since the 1989 original. We've driven the 1.5-litre model earlier this year, and now we're behind the wheel of the 'big-bore' 2.0-litre version, which on paper promises to be an even more exhilarating drive.

MAIN RIVALS
The Toyota 86 and Subaru BRZ twins are the most obvious because of their similar fun-over-fury ethos, even if they both have fixed roofs. The upcoming Fiat roadster that we’ve spied testing – which is based on this new Mazda MX-5 and will be built in the same factory – will also get some attention.

THE WHEELS VERDICT
Who says more power corrupts? The 118kW, 2.0-litre Mazda MX-5 is as beguiling in the bends as its 96kW 1.5-litre sibling, and it's faster on the straights. The extra grunt means it's more flexible and easier around town, too.

THE WHEELS REVIEW
Thank you America. And thank you Global Financial Crisis. Without you both, the fourth-generation Mazda MX-5 would not be this great. Thank you Toyota 86/Subaru BRZ, because without you two, the MX-5 would not be this cheap. Thanks also to Mazda for continuing to pursue the lightweight British Roadster ethos when all others refuse. And, finally, our thanks to Nobuhiro Yamamoto and his talented team for taking the world's best-selling roadster to new heights.

We drove the 1.5-litre MX-5 in February. We know how good the fourth-gen MX-5 is. We know Mazda focused heavily on weight reduction − down as much as 150kg − to bring the MX-5 back as close to the original's principles as possible. We know they succeeded.

This is our first drive of the 2.0-litre version of the fourth-gen Mazda MX-5. Strange to say, but it's a variant that would probably not have existed if it weren't for the GFC, and for America.

Product planning for this model began in 2007, just two years after the third-gen launched. At that time, the plan was for the MX-5 to have one engine: the smallest and most efficient SkyActiv advocate that adequately delivered on the pure driving pleasure goal. 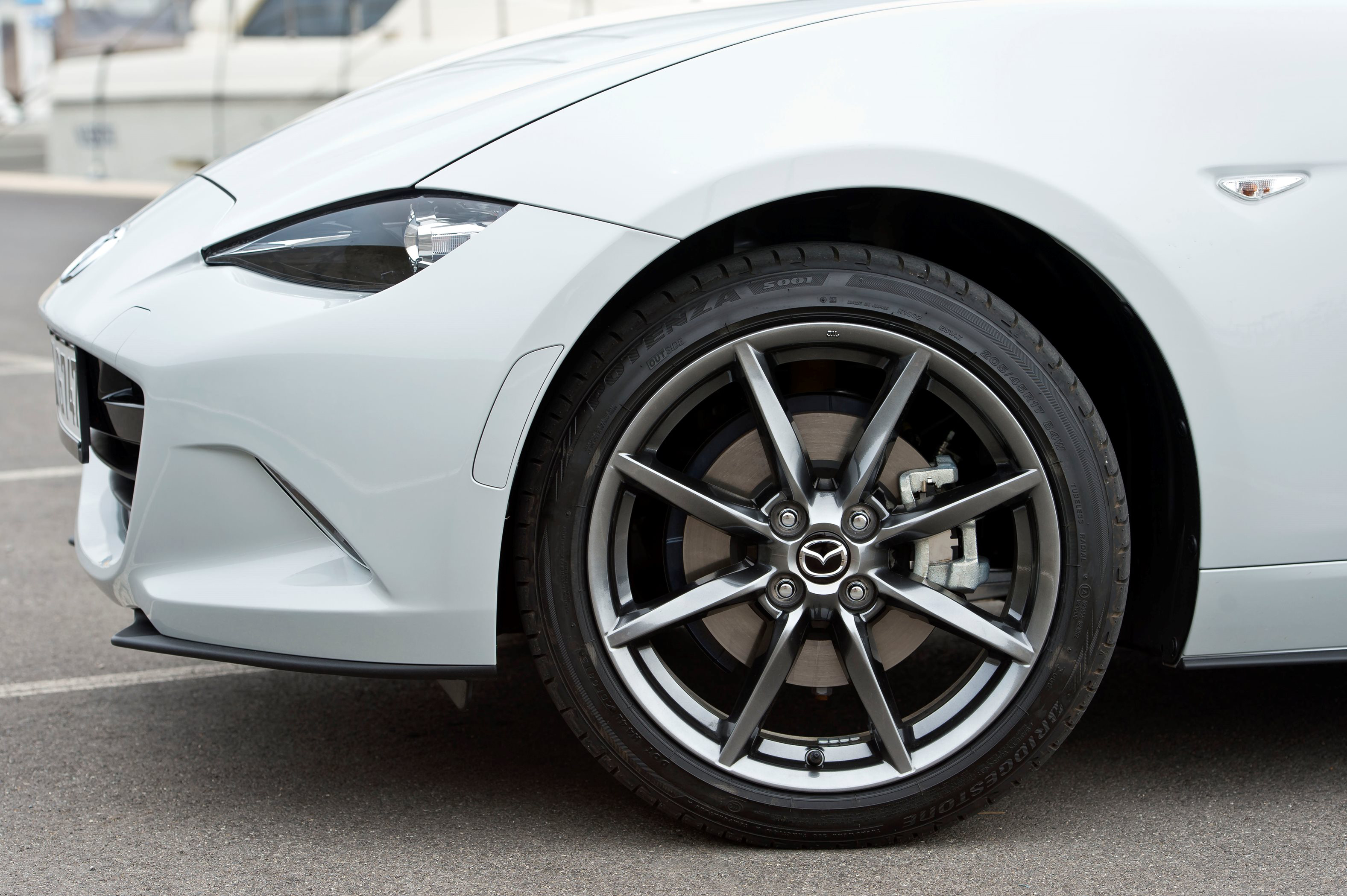 A bigger 2.0-litre engine was not in the plan, for Japan, for America, or for Australia. Then along came the GFC, and Mazda, like many car companies, put development work on hold while the financial world collapsed. The ND MX-5 program was delayed.

Once development got back under way, Mazda North America aired doubts about the market appeal of a diminutive 1.5-litre engine in their next Miata, as it’s badged there. They wanted something bigger. They got it. And therefore, so do we. Which is lucky because it’s very bloody good.

Wheels drove both the 1.5 and the 2.0-litre MX-5 back-to-back in Scotland in late-June, both in six-speed manual form. A six-speed Aisin automatic will also be offered in Australia when the cars go on sale, the 1.5 first in September, and the 2.0-litre around December.

Mazda has confirmed the entry level MX-5 will be priced at $31,990, an astonishing $15K reduction from the third-gen's $47,280. Strictly speaking, that direct comparison is unfair, because the 1.5-litre has a smaller engine and a soft-top roof compared to the outgoing 2.0-litre hardtop. And we're not entirely sure of spec levels yet, so it's hard to know the true value comparison, though it's a fair bet the new car will carry more gear. So, big savings then. Mazda Australia denies the old price point was over-inflated, or that the new price point is a reaction to the Toyota 86 and Subaru BRZ's impact on the market, but it's surely a factor.

The 2.0-litre we're focusing on here is expected to start around $37,000 in six-speed manual form. Compared to the 1.5-litre its engine has 22kW and 50Nm more. It also wears bigger 17-inch wheels and tyres and larger 280mm disc brakes front and back. And that's pretty much the sum total of mechanical differences.

Final Oz specification is yet to be announced, but an i-Eloop energy recuperation system fitted to European models and similar to that on the Mazda6 will not be available on Australian MX-5s. It costs too much, says Mazda Aus.

In the corners, there's very little to choose between the 1.5 and the 2.0-litre. When it comes to handling competence and corner carving abilities, both enjoy the same fast, fluid temperament. And where the last one felt fidgety at times and reactive to road conditions, the new model is more planted.

This is the MX-5's first outing with electric steering, and it is sublime. Fast, direct and full of feel. Light too, as befits the car's ethos. And, despite their engine differences, both have the same sweet chassis balance that favours neither the front nor the rear. Anyone who reckons they can feel the impact of the 2.0-litre's extra 25kg is either a driving deity or delusional.

The 2.0-litre is more enjoyable than the 1.5-litre, but only incrementally so. A Sunday drive in either is sure to be an occasion for joy. In the 2.0-litre you'll enjoy more punch out of a corner, and you'll get to the next corner more quickly. But you'll have a busier ride on lower profile tyres, and the engine isn't as sweet high in the rev range. The 2.0-litre only revs to 6600rpm, by the way, unlike the 1.5-litre's 7500rpm cut-out.

So, is that extra performance worth another $6K? I know quite a few people who've spent that and more extracting more performance from their cars. And as often as not the extra power corrupts the dynamic package. In this case, more power does not corrupt; it enhances what was already a brilliant, engaging machine, and makes for a more exhilarating drive. And that's what the MX-5 is all about. 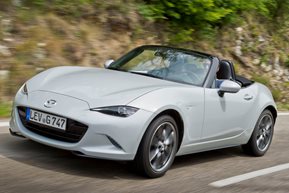