With the high-flying Mercedes GLA and upcoming second-gen BMW X1 threatening the Q3’s sales leadership, Audi has fitted more efficient engines and more kit to help buoy the premium compact SUV’s appeal. But is it enough?

With the high-flying Mercedes GLA and upcoming second-gen BMW X1 threatening the Q3’s sales leadership, Audi has fitted more efficient engines and more kit to help buoy the premium compact SUV’s appeal. But is it enough?

WHAT IS IT?
The Audi Q3 is a globally successful premium compact SUV based on the Volkswagen Tiguan. It’s offered in front-drive or all-wheel drive with a range of turbo direct-injection petrol or diesel powerplants, mated to dual-clutch transmissions. Prices vary from low-$40s (1.4 TFSI front-drive model) to over $80K for the revised RS Q3 hot-shot.

WHY WE'RE TESTING IT
Now in its third year, the Audi Q3 has undergone a series of minor changes and updates designed to keep fickle premium compact SUV buyers away from the Mercedes GLA. We used to rate the old model as one of the better examples of the breed, so let’s see how the facelift fares.

THE WHEELS VERDICT
IN many ways, the Audi Q3 would make a deeply satisfying ownership proposition, possessing high quality engineering, handsome design, punchy yet efficient turbo powertrains, and safe, predictable and even at-times entertaining dynamics. And now it’s better value too. But bigger wheels spoil the ride, the packaging remains compromised, and the advanced tech found on newer Audis isn’t always to be found on the company’s smallest SUV, smacking of cynicism. 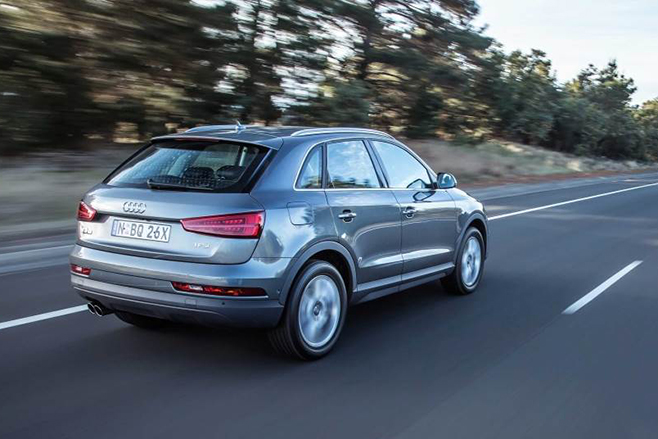 THE WHEELS REVIEW
THE Audi Q3 is a curious thing. Seen purely as an SUV, it ranks among the better ones, thanks to car-like dynamics, strong all-turbo performance, impressive efficiency (though not in rear-seat packaging terms) and classy quality. No premium compact crossover has felt as rounded – though, of course, with the BMW X1, Mercedes GLA, Mini Countryman, and Lexus NX as competitors, the field isn’t exactly brimming with overachievers. Little wonder then that the Ingolstadt crossover has been a massive success worldwide.

But there is a nagging sense of expediency about this Audi, being so heavily based on that most Volkswagen of VWs, the Golf (via the Tiguan, of course). And yet even that doesn’t quite reach the crux of it, for the Q3 misses out on the company’s latest advanced lightweight MQB technologies, settling instead for the outdated PQ35 platform of a dozen years ago. Not very Vorsprung durch Technik...

Now, the Q3 Series II has launched, with up to seven percent more power, 17 percent lower consumption, and between $3000 and $7000 of previously additional equipment standardised, and all for only around $600 more. 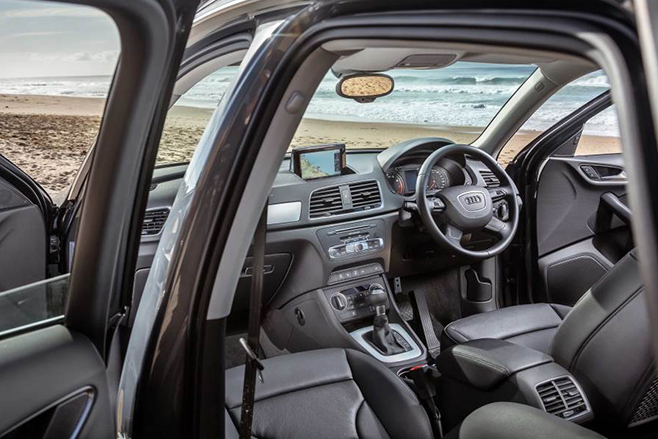 Some 60 percent of buyers choose the base 1.4 TFSI front-driver from $42,900; except for new COD Cylinder-On-Demand technology that saves 0.3L/100km, it feels identical to the last one – a bit laggy off the line until the revs (and turbo) kick in, sweet and strong after that, and always smooth and quiet. As before, the steering is a tad muted but light, flowing, and planted when pointed through a fast corner, accompanied by some body lean and suspension that – wearing optional 235/50R18 tyres – never quite feels settled, though it isn’t uncomfortable.

The extra 220kg of the combined (Haldex 5.0 part-time) all-wheel drive gear and turbo-diesel engine blunt the more powerful of the 2.0 TDI quattro offerings somewhat (there’s either a $56,900 135kW/380Nm or 110kW/340Nm version for $9K less), though once this hushed engine is on song, the mid-range response is a revelation. We preferred the eager and zingy 132kW/320Nm 2.0 TFSI quattro (from $52,300), brandishing refinement levels more in line with brand expectations. No Q3, however, is a particularly inspiring drive. 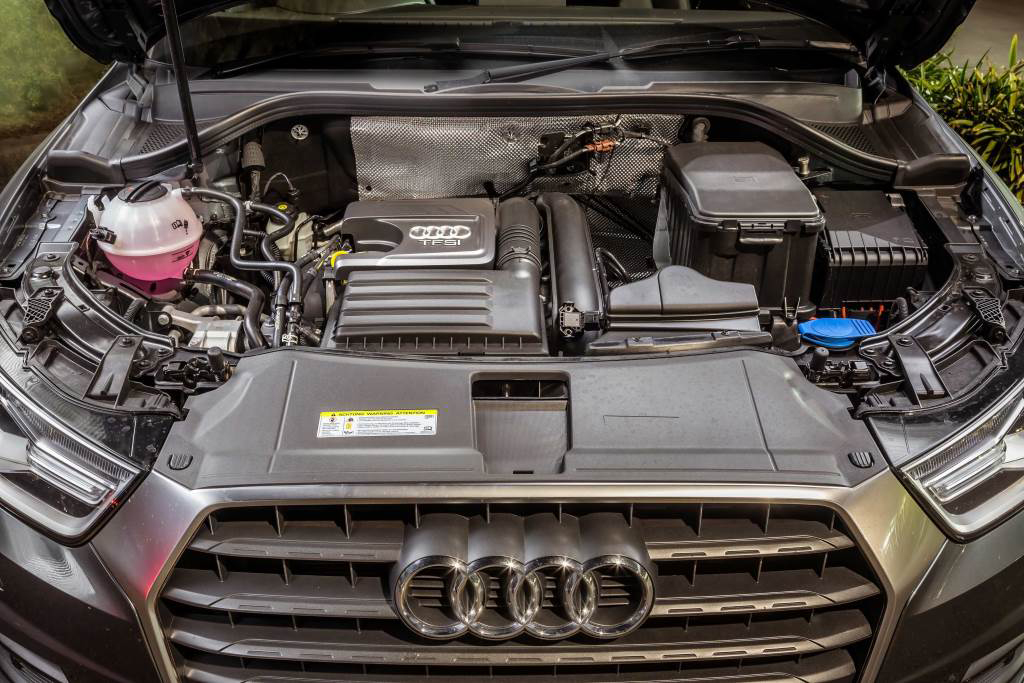 Finally, the very mid-last-decade dashboard is a far cry from the firm’s more modern aeronautical-inspired efforts, undermining an interior that – on variants wearing the optional 255/35R20 tyres – suffered from very atypical squeaks within the door trim.

And that, ultimately, sums up the Q3. Though one of the better breed of mediocre premium compact SUVs, it feels puzzlingly un-Audi. 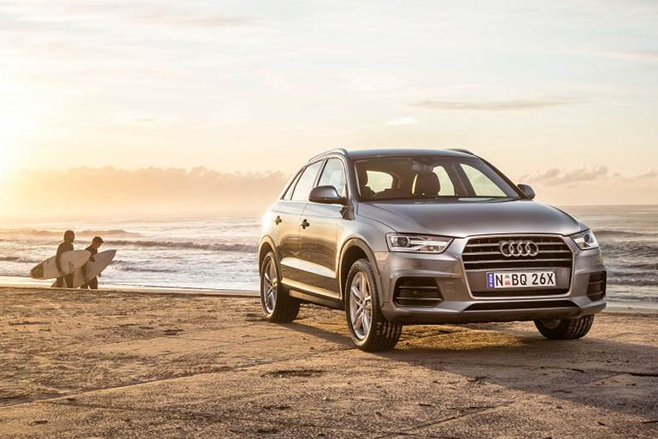