The Audi TT has always favoured style over substance, but things are different with this new third-gen model with its serious sports car credentials

The Audi TT has always favoured style over substance, but things are different with this new third-gen model with its serious sports car credentials.

WHAT IS IT?
One of the best-looking coupes on sale, Audi has refined the recipe for this new, third-generation TT. You can forget the ‘hairdresser’s car’ stigma, too – this third-gen TT finally has the performance-car brawn to back up its good looks.

WHY WE’RE TESTING IT
Good looks, punchy performance and one of the best interiors in the business – why wouldn’t we?

THE WHEELS VERDICT
A harder, faster, better TT, but one still driven by style, not performance.

THE WHEELS REVIEW
THEY’RE often so boring you’d rather barbeque your own eyeballs, but sometimes a product presentation – like the one I’m currently enduring for the local launch of the new third-gen Audi TT – delivers a nugget of gold.

“And it has a new, rear-biased all-wheel-drive system,” says the engineer, causing me to sit straighter. He quickly moves on to explain the TT’s new digital dash (which is brilliant), but two words stick in my mind. Rear and biased.

I suddenly imagine the TT surrounded by smoke as it performs perfectly balanced drifts and wonder, has Audi turned the regular TT (we’re not talking the TT RS here) into a hairy-chested driver’s car? One that won’t, like its forebears so often were, be dismissed by performance purists as, dare we say it, a hairdresser’s car?

Well, not quite. True, this new TT boasts Audi’s first four-wheel-drive system developed entirely in-house, but it still sends only 50 percent of the grunt to the rear axle. What the engineer meant is that power is now sent to the rear more readily, thanks to on-board sensors that shuffle the power around (often before the driver realises they need it) to help point the nose of the car on corner entry, and improve traction on exit.

No testosterone-fuelled drifting, then, but enthusiasts shouldn’t stop reading; this new model is by far the most performance-focused TT yet.

Launched in TT Sport and S line spec (the harder, faster TT S arrives Down Under later this year), the TT range starts at $71,950 for the base front-drive manual and stretches to $85,450 for the S line quattro S tronic.

The most popular variant will be the $77,950 2.0-litre TFSI quattro featured here, which will account for 60-70 percent of sales. Sadly, less than five percent of buyers will choose the base manual, which boosts involvement via a sweet-shifting six-speed 'box.

All variants are powered by a rorty, heavily reworked version of the 2.0-litre turbo used in the old TT (Audi says the only thing left unchanged is its 1984cc displacement), now fitted with new internals for lower friction and boasting improved cooling. Power from the 2.0-litre quattro is up 14kW/20Nm, while fuel consumption remains at 6.4L/100km despite the extra grunt, thanks in part to a 50kg overall weight reduction.

Combine all this with a 21mm-shorter body, a 37mm-longer wheelbase and shorter overhangs and the TT boasts some serious sports-car credentials.

The handling is flat and predictable and, given the quattro system, there’s a phenomenal amount of grip. The reworked engine is a highlight, with a fat and creamy mid-range and a rorty exhaust note.

The problem, though, isn’t the TT’s ability. It’s that on twisting mountain roads it has none of the character that makes cars such as Alfa Romeo’s new 4C and the BMW M235i so involving. It feels detached, almost too clinical and proficient.

Steering that lacks feel and is inconsistently weighted is another weakness, as is a surprisingly large amount of road noise on Australia’s course-chip roads.

If the performance lacks character, though, the same can’t be said of the TT’s styling. Wider and more aggressive, the new TT looks sharp, modern and futuristic yet comfortably familiar all at once.

The positives keep coming with the TT’s superbly redesigned interior. Sleek, minimalist and beautifully built, the drawcard is a new fully digital dash that is not only surprisingly intuitive, but integrates all of the car’s functions (sat-nav, infotainment, Drive Select, etc) and therefore eliminates the need for a large, dash-mounted central screen.

A wonderfully tactile, deep-dish steering wheel is another masterstroke, but the lack of a reversing camera, which won’t be available until 2016 when it will be standard across the range, is a notable omission. And don’t expect to use the TT to ferry four people about in comfort – the two back seats are a prison sentence for anyone over 150cm.

So a hairy-chested performance car the TT is not, but there’s no denying the performance of this new third generation is a marked improvement, if not infallible.

The main focus of the TT is still clearly on its styling and visual impact, which it absolutely nails with an edgy, distinctive design and best-in-class interior. The fact it now drives better than ever is a bonus. 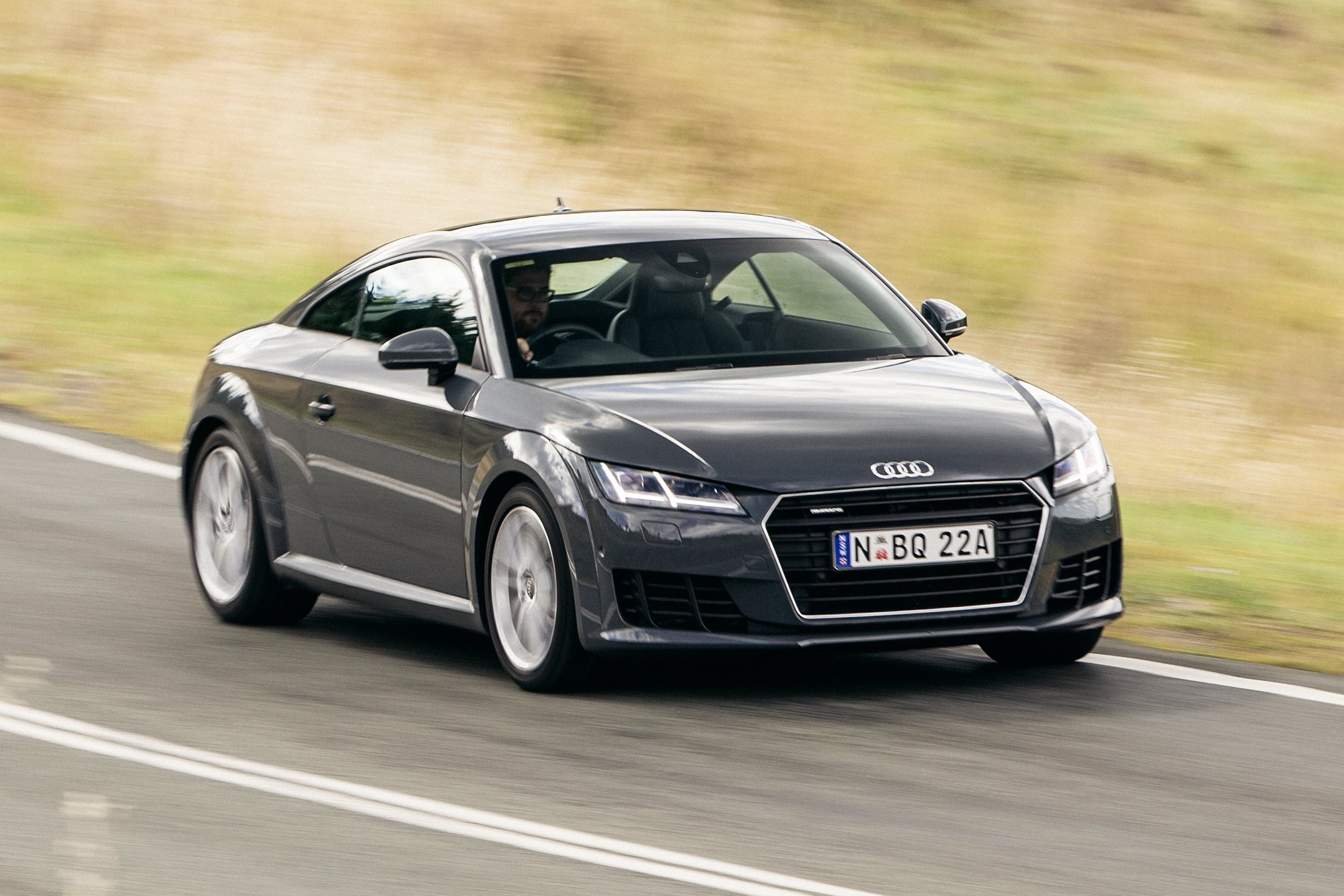 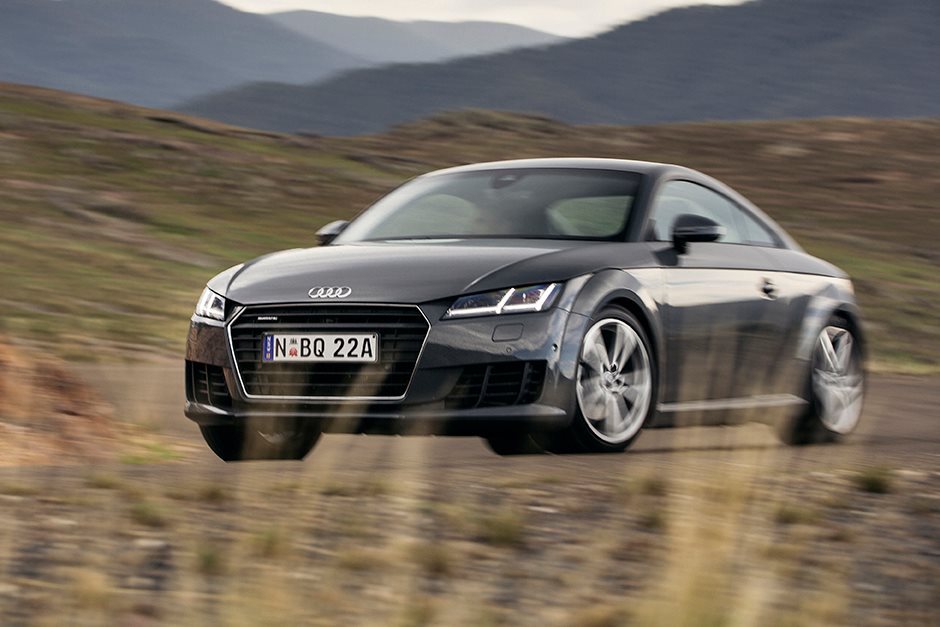 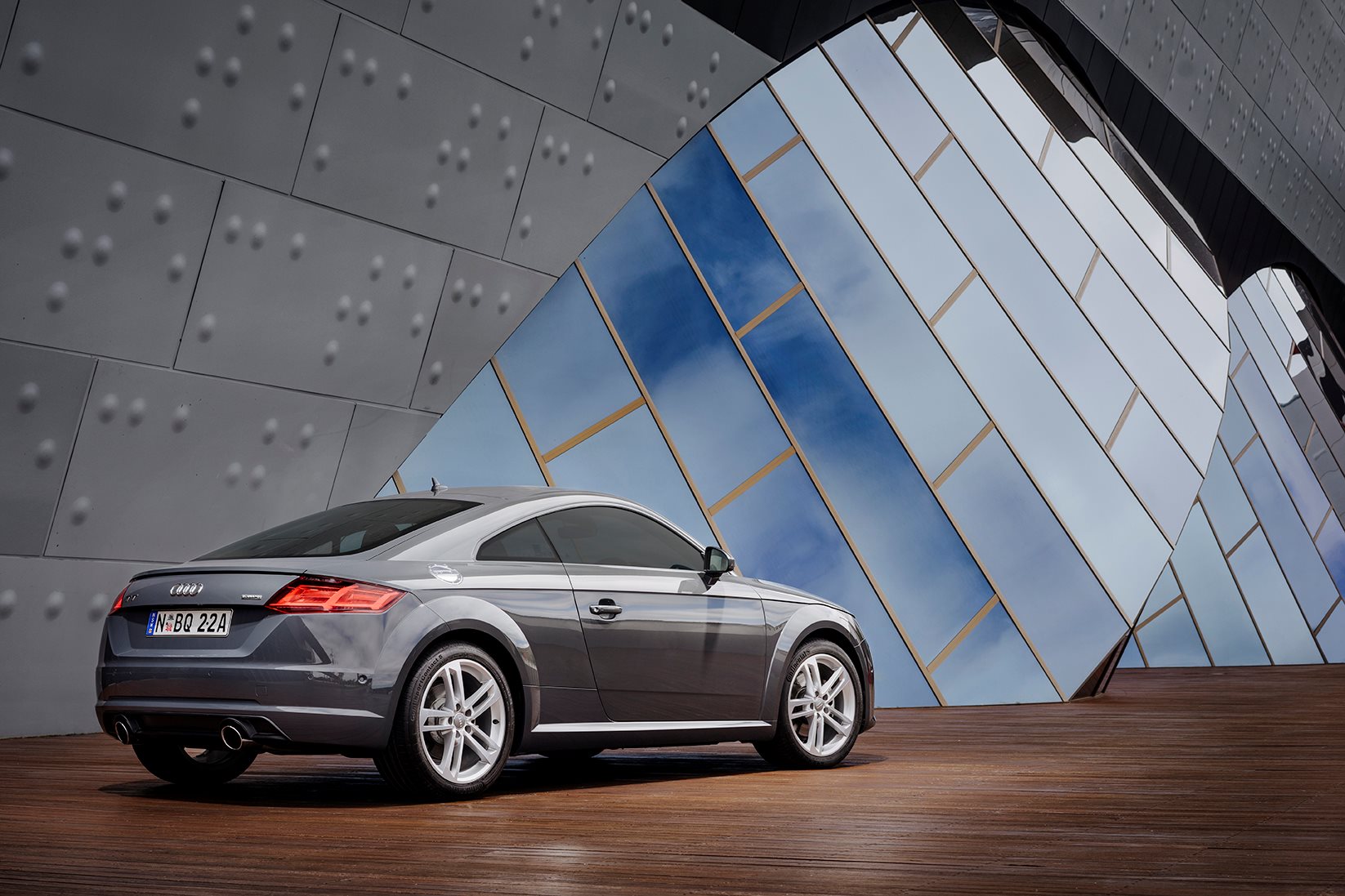 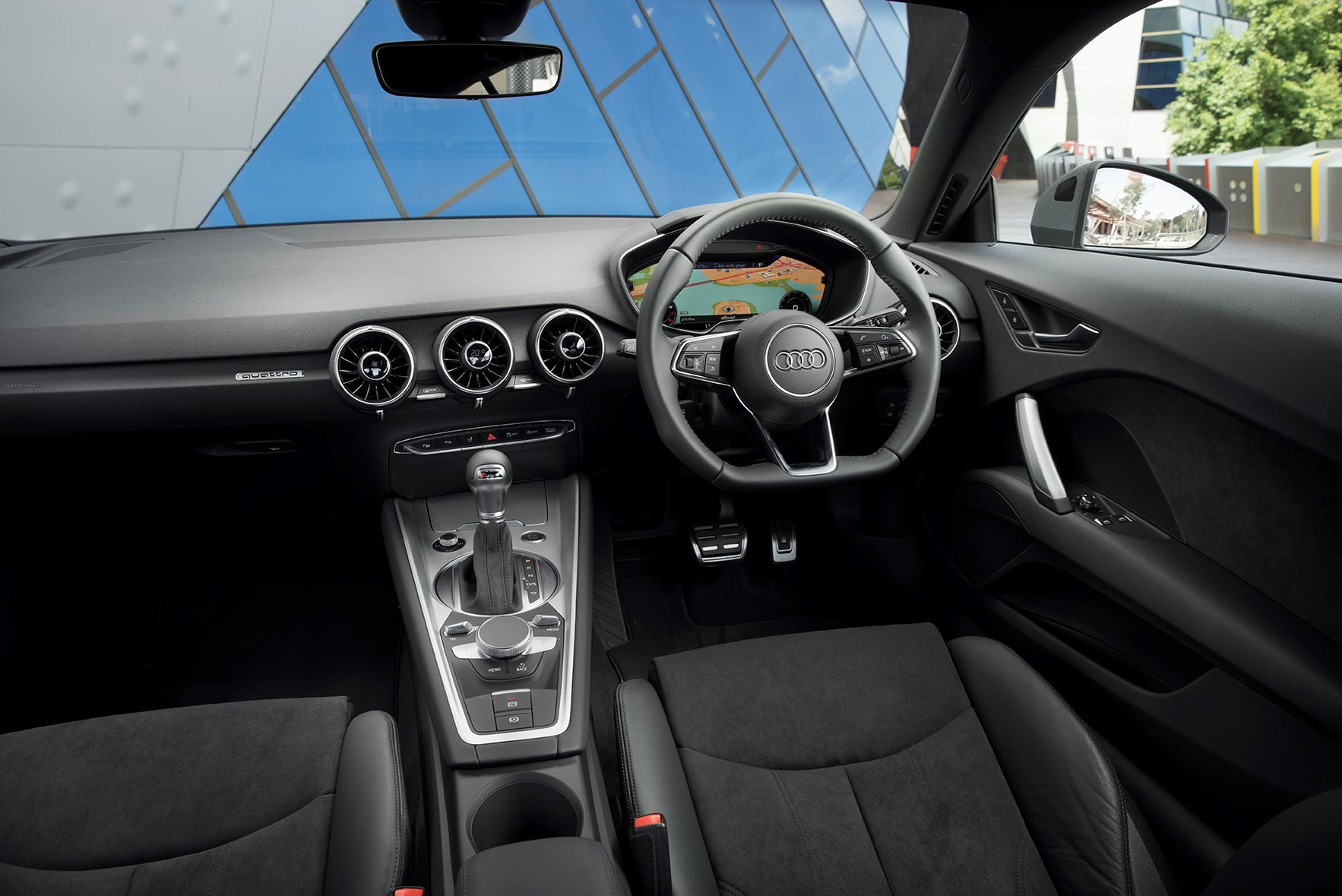