BMW has released a cut-down version of its powerhouse M5 sports sedan – and this one cuts the price-tag way deeper than it slashes lap times.

WHAT IS IT?
A bargain, that's what. By deleting a few choice options and removing the regular M5's standard Competition Pack, BMW has sliced $45,000 from the sticker of its iconic super sedan.

WHY ARE WE DRIVING IT?
It's not every day a car company calls to offer exclusive access to an empty racetrack and a new, special edition, M5. So when BMW picked up the phone, we came running. 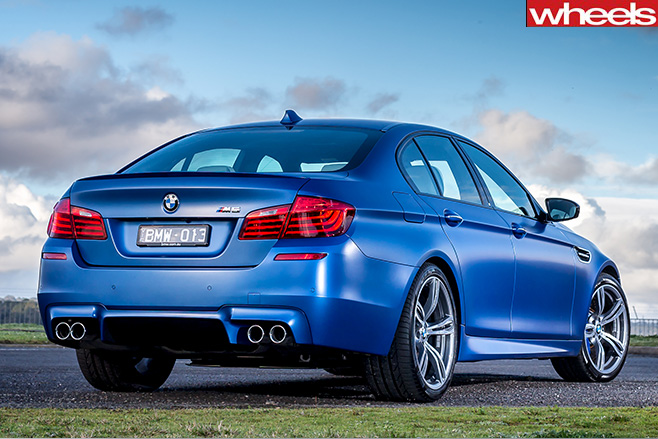 VERDICT
Slightly slower and softer than regular M5, but in the real world, on real roads, the M5 Pure offers 99.95 percent of the fun for $45K less.

PLUS: Huge saving for minimal loss of performance; blunderbuss power
MINUS: Some more steering feel would be nice; interior not as special; lacks the regular M5's aural fireworks

THE WHEELS REVIEW
SLAPPING a Pure badge onto the rump of a BMW M5 creates certain expectations. Particularly when BMW itself says this new Pure special edition is “raw and track-inspired”. This makes you think the Pure M5 will be a stripped-out special with less weight, fewer luxuries and a greater focus on hard-core performance. Could it even be an M5 CSL? 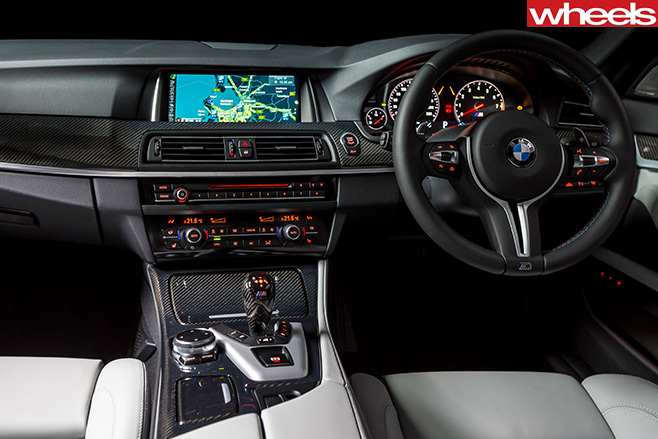 Sadly, the answer is no. This special edition, in essence, is a regular M5 without the super-sedan’s now-standard Competition Pack. That means power falls 11kW to 412kW (torque is unchanged at 680Nm). There’s no 10mm-lower ride height, no modified exhaust system, and the dampers and steering system aren’t quite as sharp. It’s also a tenth slower to 100km/h at 4.3sec. There is no tangible weight loss either: BMW says the Pure is about 5kg lighter.

It leaves you with the realisation that BMW has tried to create a track-inspired special by deleting the track-inspired package. That’s enough to hurt your brain.

Dropping the Competition Pack gear obviously saves some serious coin, but the Pure also does without some of the regular car’s lavish standard equipment and a few key options. 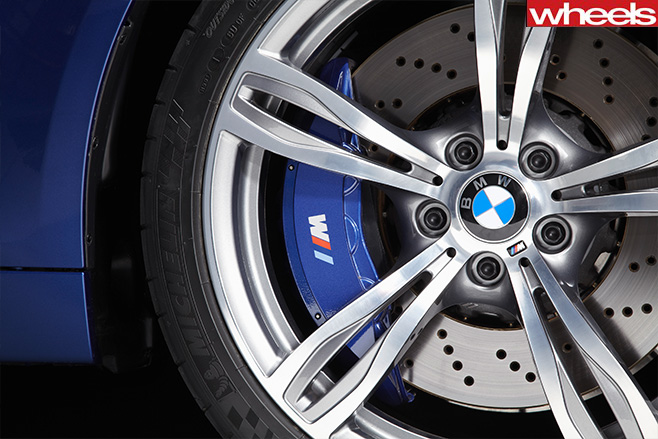 What you do get is the choice of special ‘frozen’ colours, which are normally a $5000 option, and different alloy wheels. Crucially, the M5’s Active M differential, dynamic damper control and quick-shifting seven-speed dual-clutch ’box remain. Which raises the question: is the Pure a super-sedan bargain, or has it lost some of the regular M5’s magic?

After performance testing at Sandown Raceway, we can confirm it’s the former. Losing 11kW has done nothing to blunt the M5’s ballistic straight-line performance and, while its 4.4-litre twin-turbo V8 has plenty of low-down punch, its party trick is above 4000rpm and the way it pulls relentlessly and rapidly to the 7500rpm redline.

There’s nothing lost through the corners, either. It’s true that the Pure’s higher ride height means there’s slightly more roll onto the outside tyre at corner entry, but there’s still the same pointy front axle and super-glue levels of mid-corner grip.

Of course, get too excited with your right foot and the Pure will demolish its rear 295/30 rear tyres with an unforgiving tsunami of torque. Feed the throttle in, though, and there’s traction to burn.

Is the M5 Pure not enough car for you? Then check out this drive video of the BMW M5 Nighthawk.

All this means that when you hook the Pure up, it’s a breathlessly quick super-sedan. But it’s not perfect. While the steering is smooth and fluid in its rate of response, there’s still not enough communication between the front wheels and the wheel in your hands. The Pure’s standard exhaust also means you lose some of the M5’s aural fireworks.

So should you feel ripped off if you’ve just dropped $230K on a normal M5? BMW, naturally, says you shouldn’t. The purpose of the Pure is to expand the reach of M5 to different people at a different price point.

But the reality is, the Pure offers 99 percent of the regular M5’s performance for a fraction of the cost. It’s marginally slower and slightly softer, and its interior is a little less special, but in real-world traffic on real-world roads, we’re willing to bet you’ll appreciate the $45K saving more than the loss of a tenth in the rush to 100km/h.

If a BMW M5 is on your shopping list, this one’s a bargain. Pure and simple. 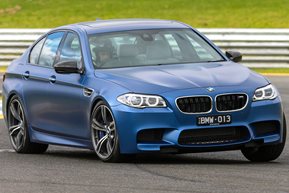