New X6 continues to defy the odds. And physics

One of the basic assumptions of economic theory is that consumers are rational; that is, they’ll make the decision that gives them the most benefit for the least outlay.

In which case, the BMW X6 should not exist. In xDrive50i form, it costs $17,670 more than the X5 on which it is based, offers no real performance benefit, and has less luggage and passenger space.

Luckily for BMW, its product planners don’t subscribe to such theories, as the X6 has been a huge success, with global sales of more than 250,000 since its 2008 introduction. Given the aforementioned practicality constraints, it seems reasonable to assume the majority of purchases were made on the basis of its looks, which proves beauty really is in the eye of the beholder.

The updated X6 is a mild evolution of the original concept, though it’s bulked up, with a larger, more muscular body. It has presence, but that’s mostly due to its enormous size.

Perhaps thanks to our test car’s grey paintwork, I can’t help but picture a hippopotamus every time I look at it. In fairness to BMW, however, Mercedes-Benz’s recent effort with the GLE-class Coupe suggests that elegance and beauty will forever elude the Coupe-SUV segment.

Things improve on the inside, with a high-quality interior and a raft of new standard equipment including active safety tech such as lane departure warning, active cruise control and collision avoidance, a head-up display and giant 10.25-inch infotainment screen, operated by the excellent iDrive system. 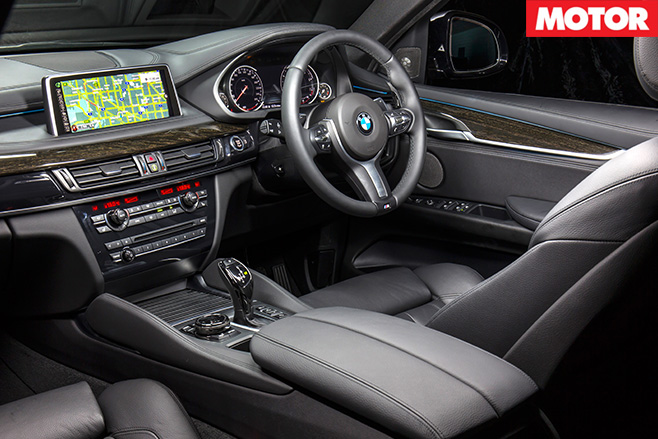 To drive, the X6 is a mixed bag. The 4.4-litre twin-turbo V8 is outstanding. It makes a complete mockery of the X6’s portly 2170kg, pushing you back in your seat with an angry V8 growl – why can’t BMW’s M cars sound this good? The eight-speed ZF auto is equally slick and a perfect partner for the beautiful engine.

Equally impressive are the X6’s cornering capabilities. Nothing this big and heavy should be able to be driven this fast. Really throw it around and its weight becomes apparent, but by and large there’s mammoth grip (thanks to huge tyres; rears are 315mm wide!) and the clever all-wheel drive system shuffles torque where it’s needed. It rides reasonably well, too, bar the odd crash when the enormous wheels fall into a pothole or similar.

Sadly, the dynamic package is badly let down by absolutely woeful steering. That a company of BMW’s dynamic reputation could sign it off is beyond belief. It’s far too light, syrupy and gloopy in its movement and offers as much connection to the front wheels as a Sega Rally arcade driving machine.

Then there’s its sheer size, which can be a pain around town, and the coupe roofline, which destroys rear visibility. It’s difficult to understand why any rational person would choose an X6 over the identically-engined X5 or 5 Series, but then, as the X6 has so ably proven, assuming car buyers are rational is a dangerous game. 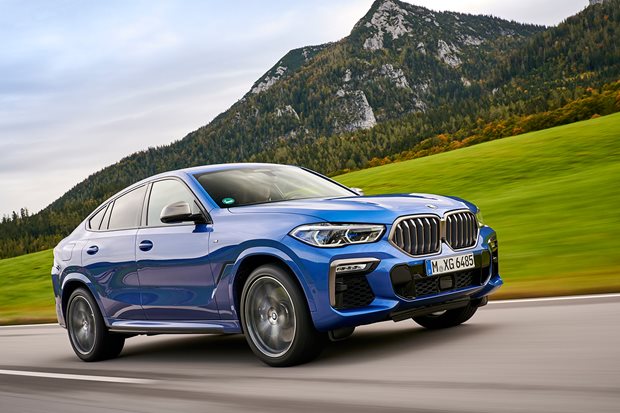 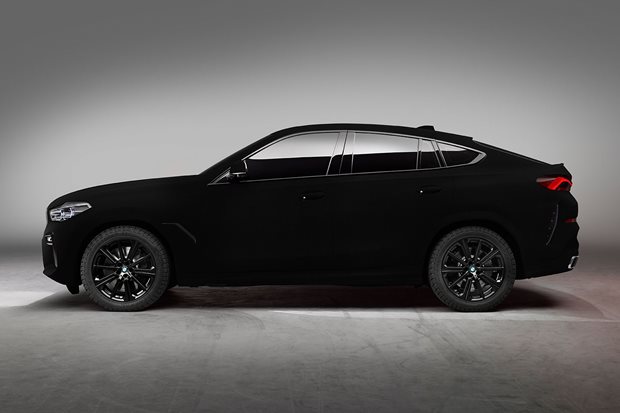 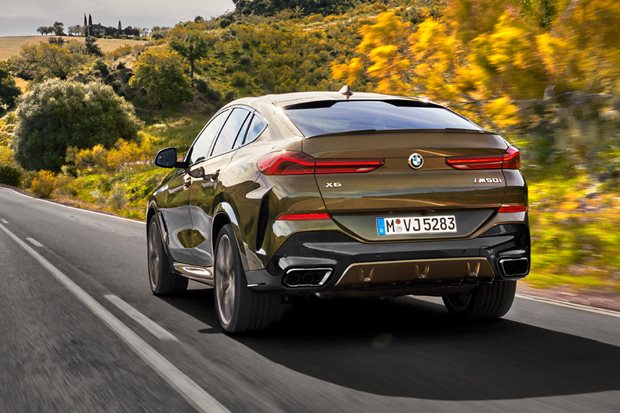 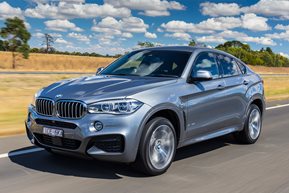