Harder, better, faster, stronger. The Aventador has always been a striking car, but park it next to the new Superveloce version and it looks almost soft

Lamborghini’s Aventador has always been a striking, almost alarming car, but park it next to the new and improved Superveloce version and it looks almost soft, a bit restrained even. The SV version is more hard core, more powerful and lighter, and clearly comes with a more track-focused approach. It also looks, in the flesh, absolutely jaw-droppingly wonderful.

WHAT IS IT
The original Aventador was launched four long years ago now and so it was time for Lamborghini to up the ante again, this time extracting another 37kW from the 6.5-litre V12 and shaving 50kg of weight, for an even more spectacular power-to-weight ratio of almost one horsepower for every 2kg of car. The result is a 0 to 100km/h time of 2.8 seconds and an even more staggering 0 to 300km/h time of just 24 seconds.

WHY WE'RE TESTING IT
Because it’s there, and they launched it at the Circuit de Catalunya in Barcelona, which is a storied F1 track and quite spectacularly fast. While the over-the-top styling was something we just had to experience close up, we also wanted to know just how hard they’d made this extreme version. The answer being very hard indeed.

MAIN RIVALS
Lamborghini would insist it has no rivals, but the Ferrari F12 is a fairly obvious contender. In a world of turbocharged engines, the Aventador may well be the last of its kind, but in terms of performance, if not sound, the McLaren 650S would also be on your shopping list. It’s also a lot cheaper than the Lambo’s $882,650 asking price.

THE WHEELS VERDICT
The Lamborghini Aventador Superveloce is a monster. It looks like one, sounds like one and tears up roads like one, but it’s the kind of beast you can’t help falling in love with, even if you don’t agree that it’s a beauty to behold. It is incredibly hard, and hard-core, however, and while it’s a fantastic thing on a track, it’s a fair guess that its firm ride and even firmer seats would make it a challenging thing to drive on Australian roads.

PLUS: Styling, sound, acceleration, everything about the V12, aerodynamic improvements make handing excellent.
MINUS: The price is slightly absurd, seats are viciously hard, rides like a race car, too aggressive for some tastes.

THE WHEELS REVIEW
Lamborghini is the Michael Bay or George Miller of car companies. You get the feeling that if it could make its cars actually explode, or at least shoot out fireworks, and possibly bullets, it would.

With the new and highly violent, R-rated version of the Aventador, the Superveloce LP750-4, they have made do with making the exhaust sound like a series of explosions.

And what an exhaust it is, replacing the slightly ugly, rubbish-bin-sized central single hole with four mean-looking downpipes, and further tuning the sound for intensity and mean-ness. It’s not as if the original Aventador wasn’t loud, it’s just that this one is louder, and more race car-like. To hear four of them coming down the straight of the F1 Circuit de Catalunya together is to go temporarily, delightedly deaf.

The place to be is inside the SV, of course, because then you can experience what 552kW (up a significant 37kW) and 690Nm of 6.5-litre V12 can do to a car that weighs just 1525kg (down by 50kg), and hear all that roaring, growling, earth-shaking sound close up.

We were slightly slowed by our pace car on the giant main straight of the 4.6km circuit, but I’m pretty sure we could have cracked 300km/h if they’d let us, a feat that takes the racy-spec Aventador just 24 seconds, from a standing start. But on the far shorter back straight he let us go flat out, and we exploded from 90km/h to more than 230km/h in the unblinking wideness of an eye.

The acceleration of this harder, faster SV is bowel-disturbing, and deeply memorable, with zero to 100km/h coming up in 2.8 seconds, barely enough time to swear loudly. You swear a lot more when you switch the systems into Corsa/race mode, as the gear changes whip-crack your back, and make the whole car jump, in just 50 milliseconds. Combine those changes with the new bucket seats, which seem to be made out of 98 per cent carbon-fibre, one per cent padding and one per cent Alcantara (or optional Carbon Skin, which is 60 per cent lighter than leather and has never been seen on a production car before) and the whole experience is bruising to the point of brutal. But you’re smiling too much to worry about such minor things as comfort.

Your body needs the severe support offered by the seats, too, because the newly refined aero package - most obviously seen in that huge rear wing and the giant electric-razor looking rear diffuser - allows you to hold serious speeds through this F1 circuit’s long, long bends. The result is big, squishy g-forces, and more internal bruising, but with vertical downforce up by a claimed 170 per cent over the street-friendly Aventador, and overall aerodynamic efficiency up 150 per cent, it feels almost easy to push this supercar super hard.

As a track car, it’s an absolute weapon, hard as nails and as fast as if those nails have been fired from a gun. The magneto pushrod suspension keeps you connected to the track and the new Active Steering is precise and perfectly weighted; far better, in fact, than the new Huracan’s slightly over-assisted system. What we don’t know is what it’s like on the road, because they didn’t let us try, but we can take an educated guess that it would be firm to the point of painful. The g-force, spine-slapping pain that the Aventador SV provides on the track is the fun kind, which you're happy to put up with, but on the road it might be less enjoyable.

The whole ridiculous acceleration thing might be a challenge on Aussie roads, too.

This hasn’t stopped a few well-heeled Australians from getting their orders in for this $882,650 work of automotive extremism. With that kind of money to spare, you probably have other cars for driving to the shops. 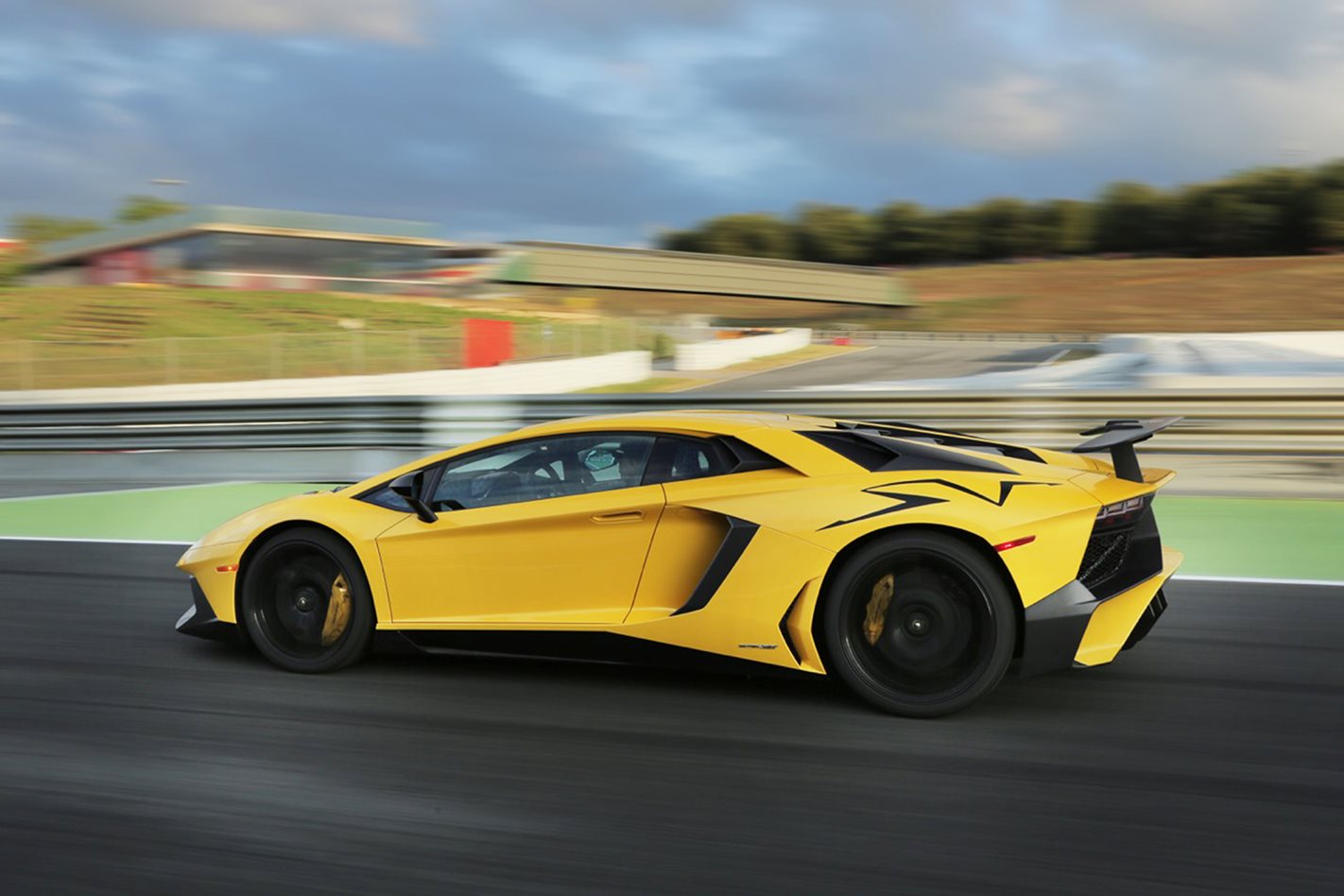 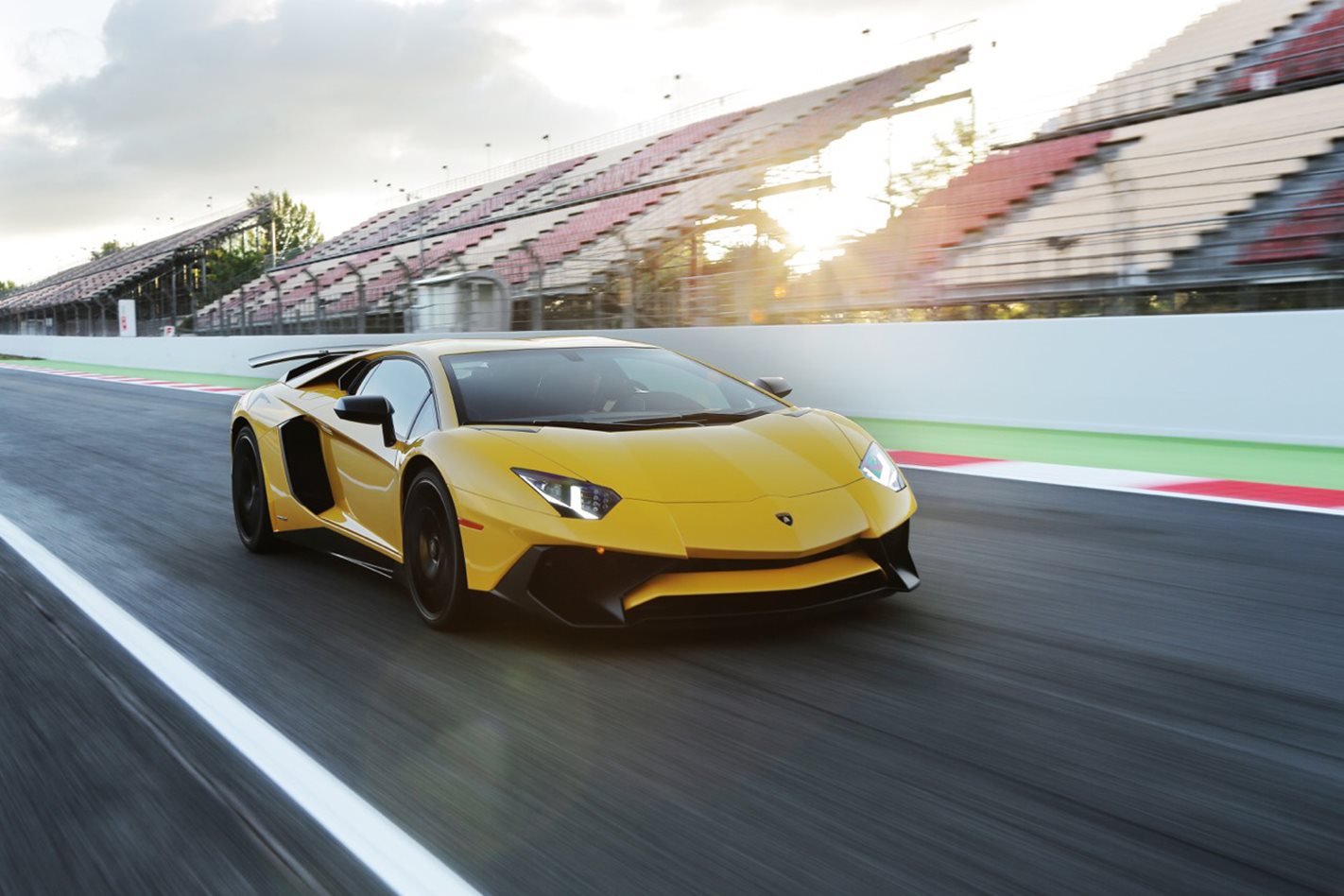 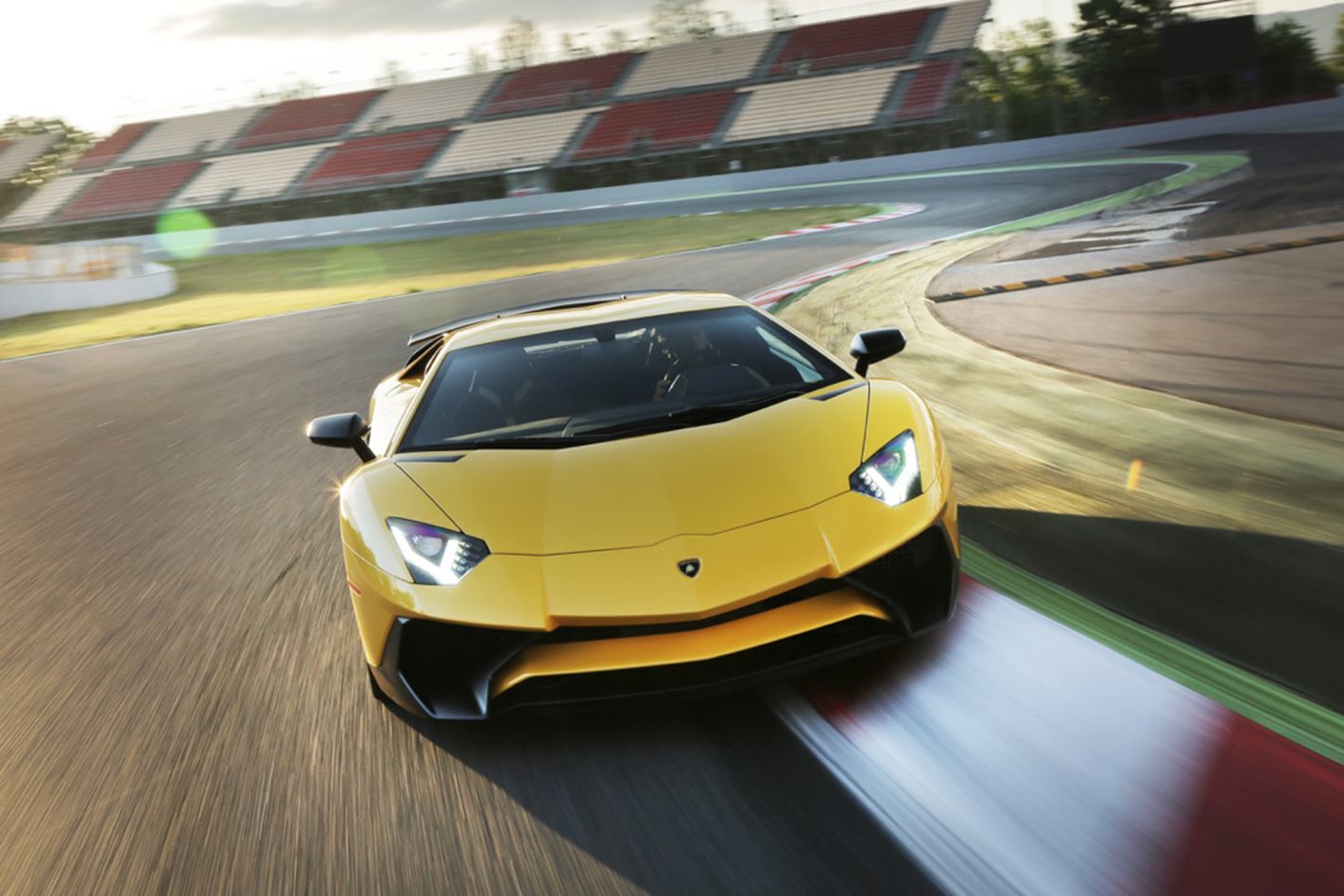 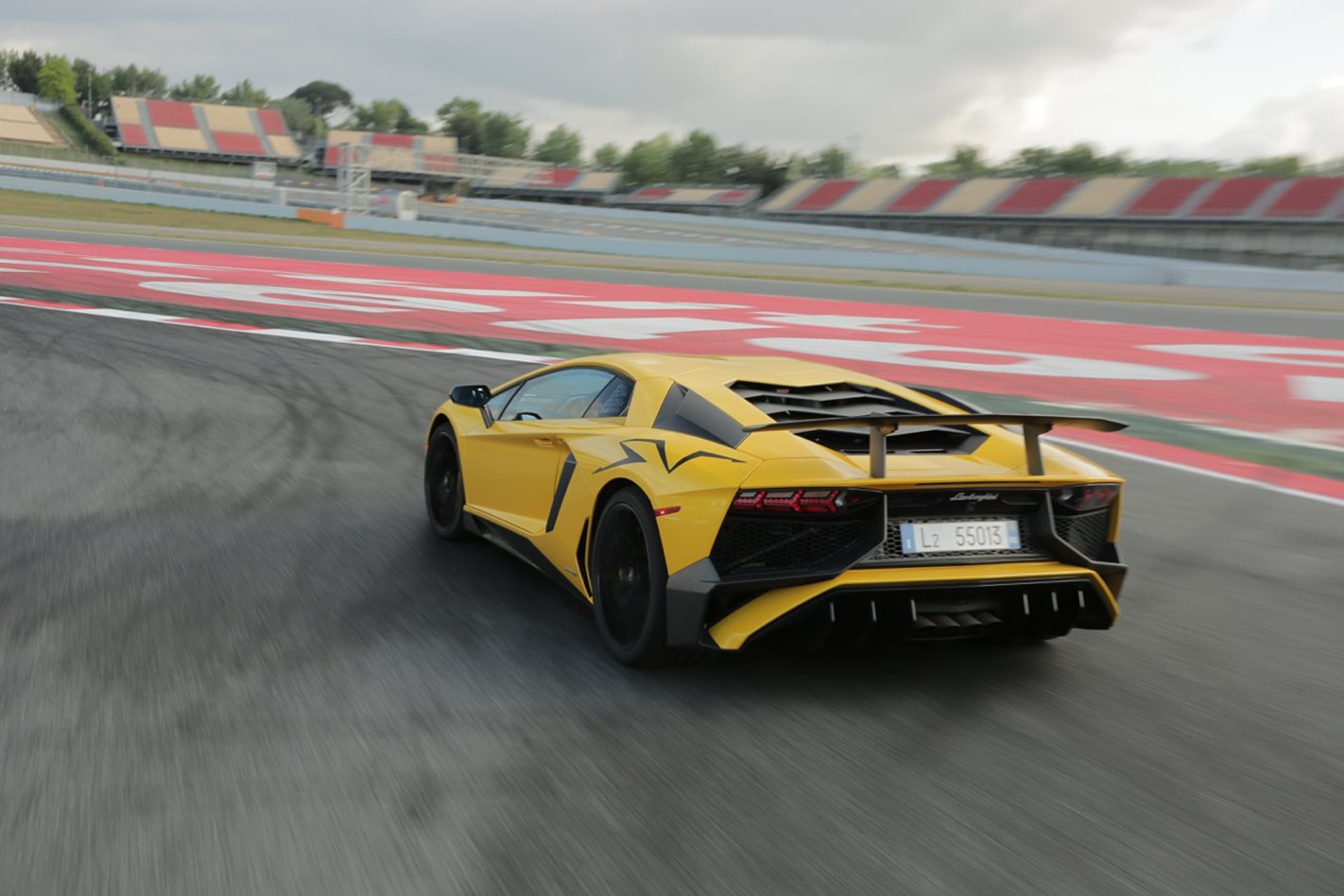 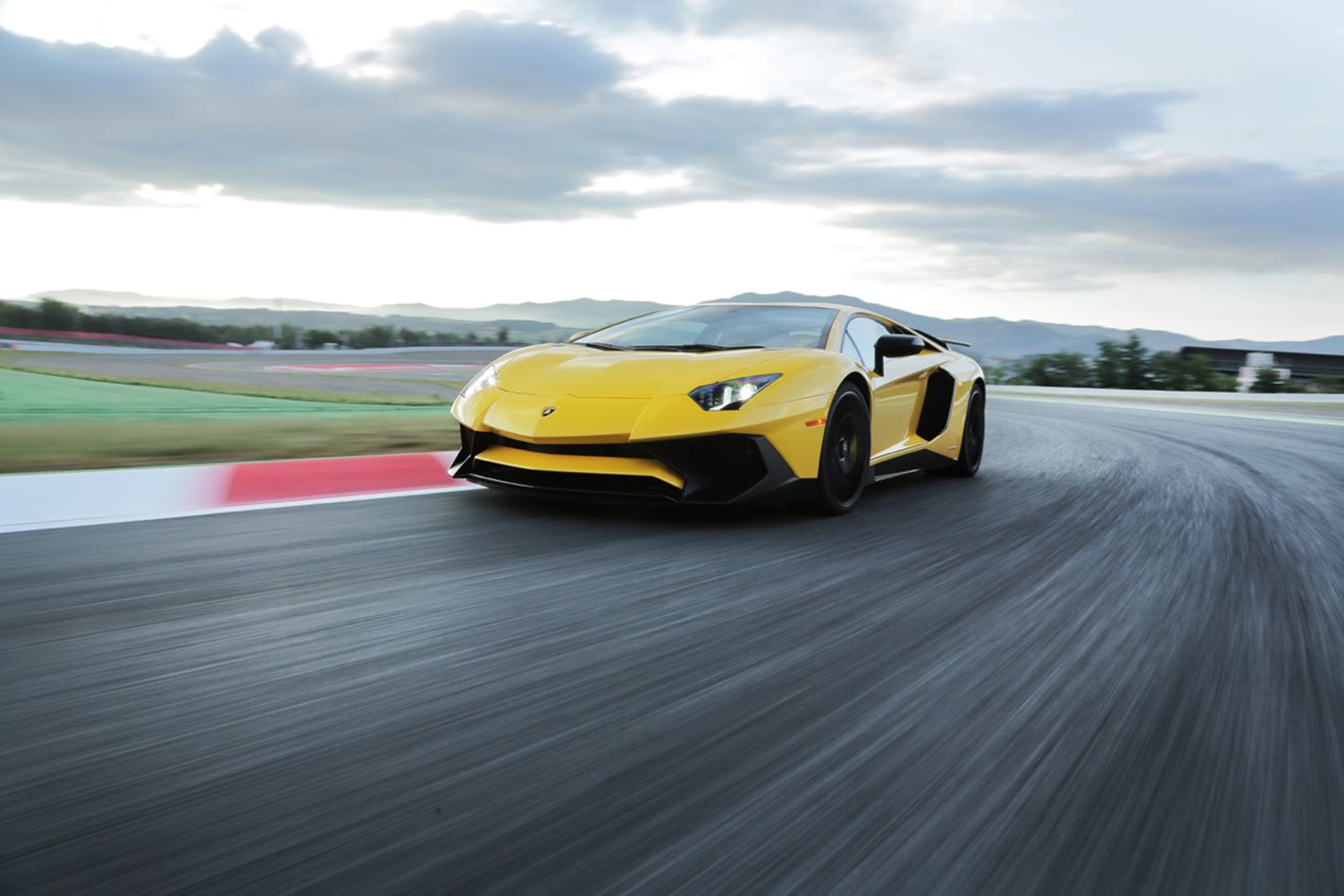 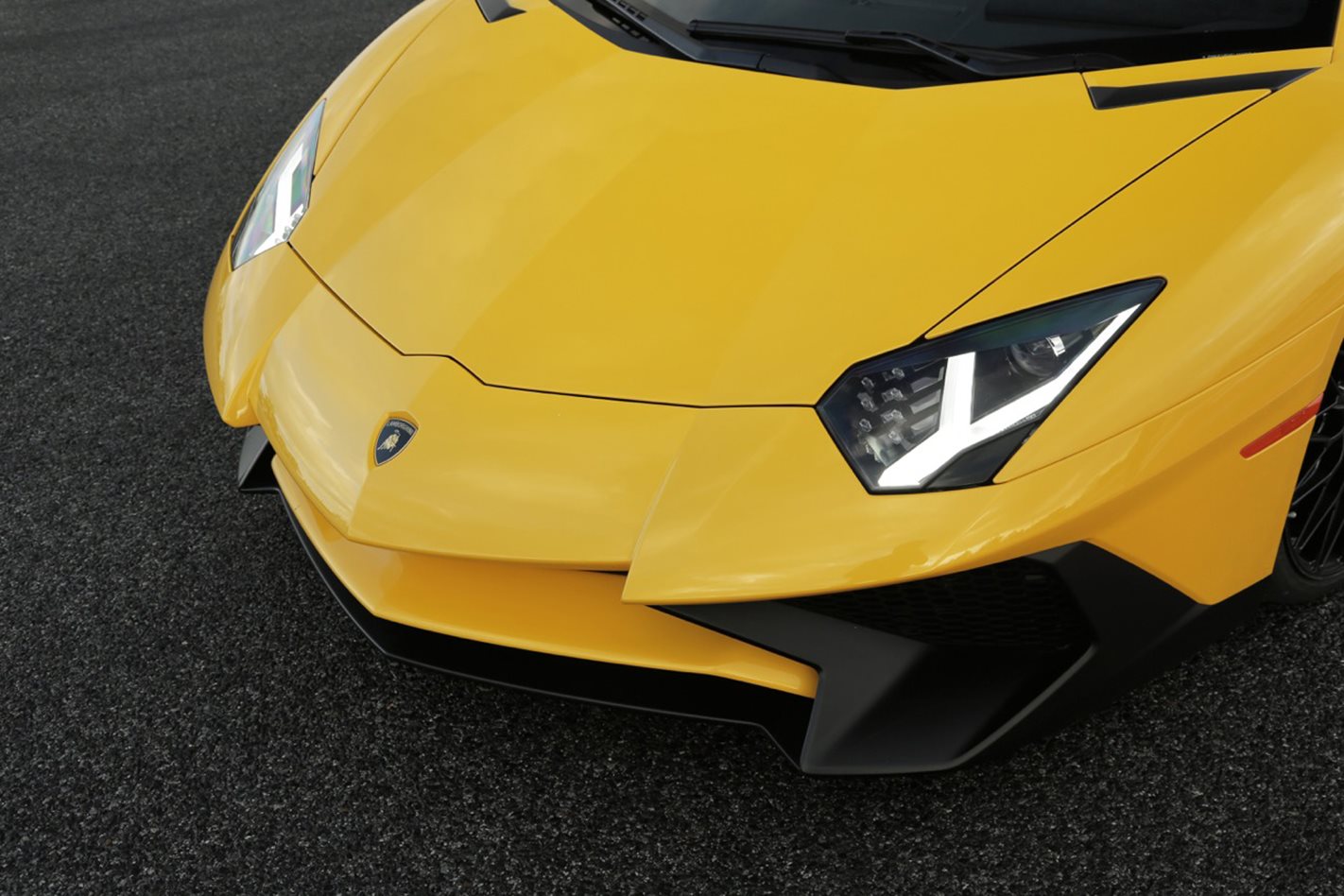 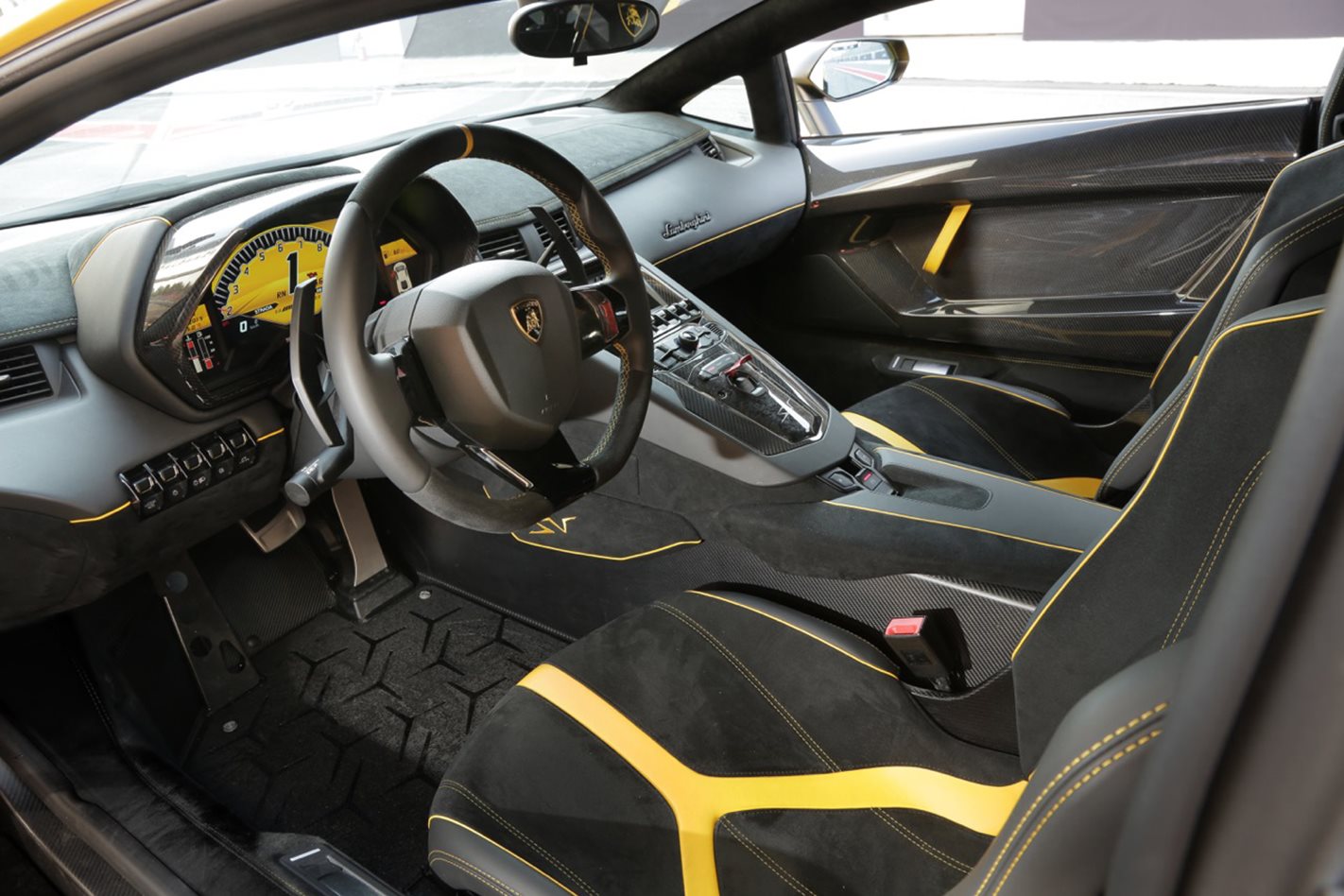 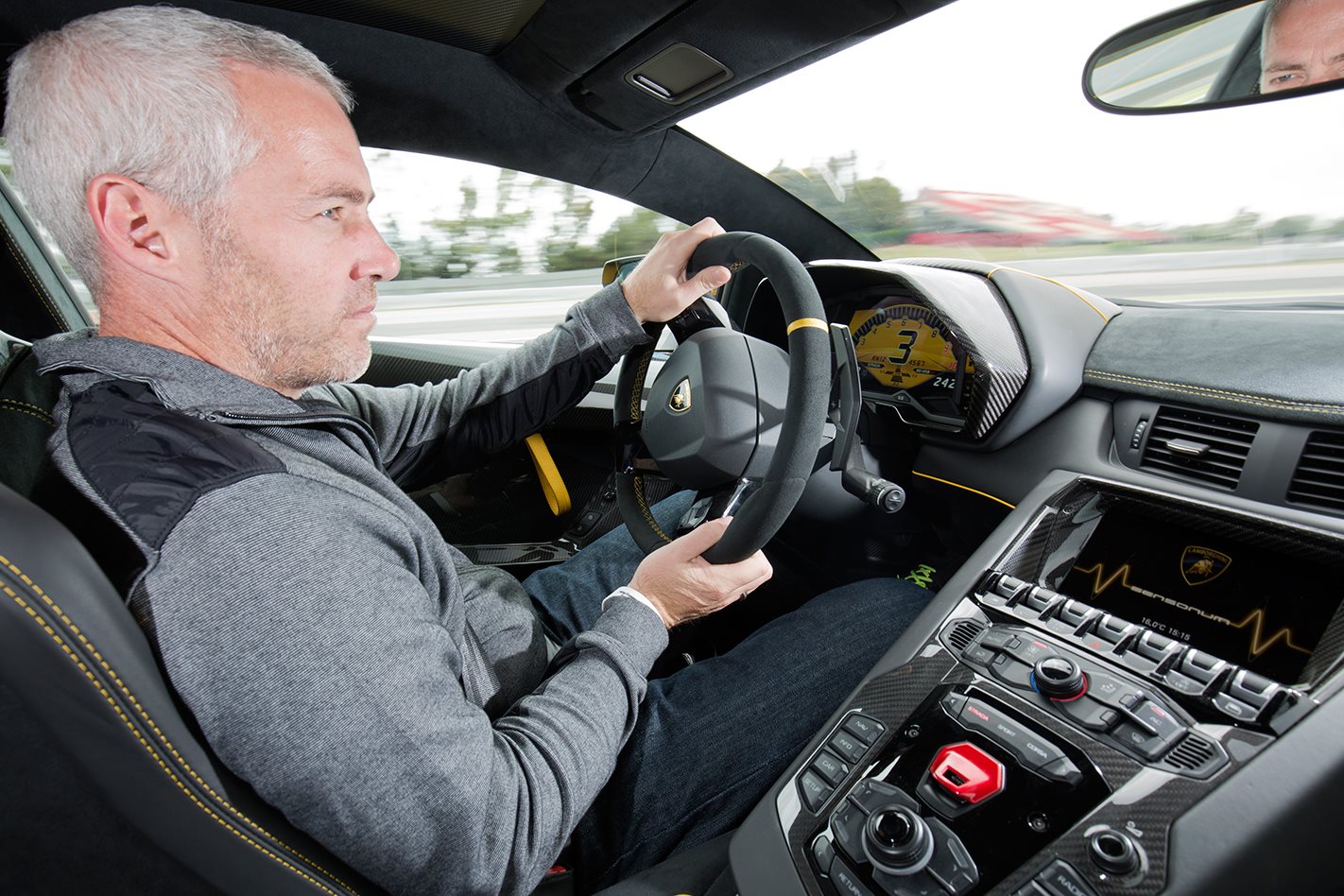 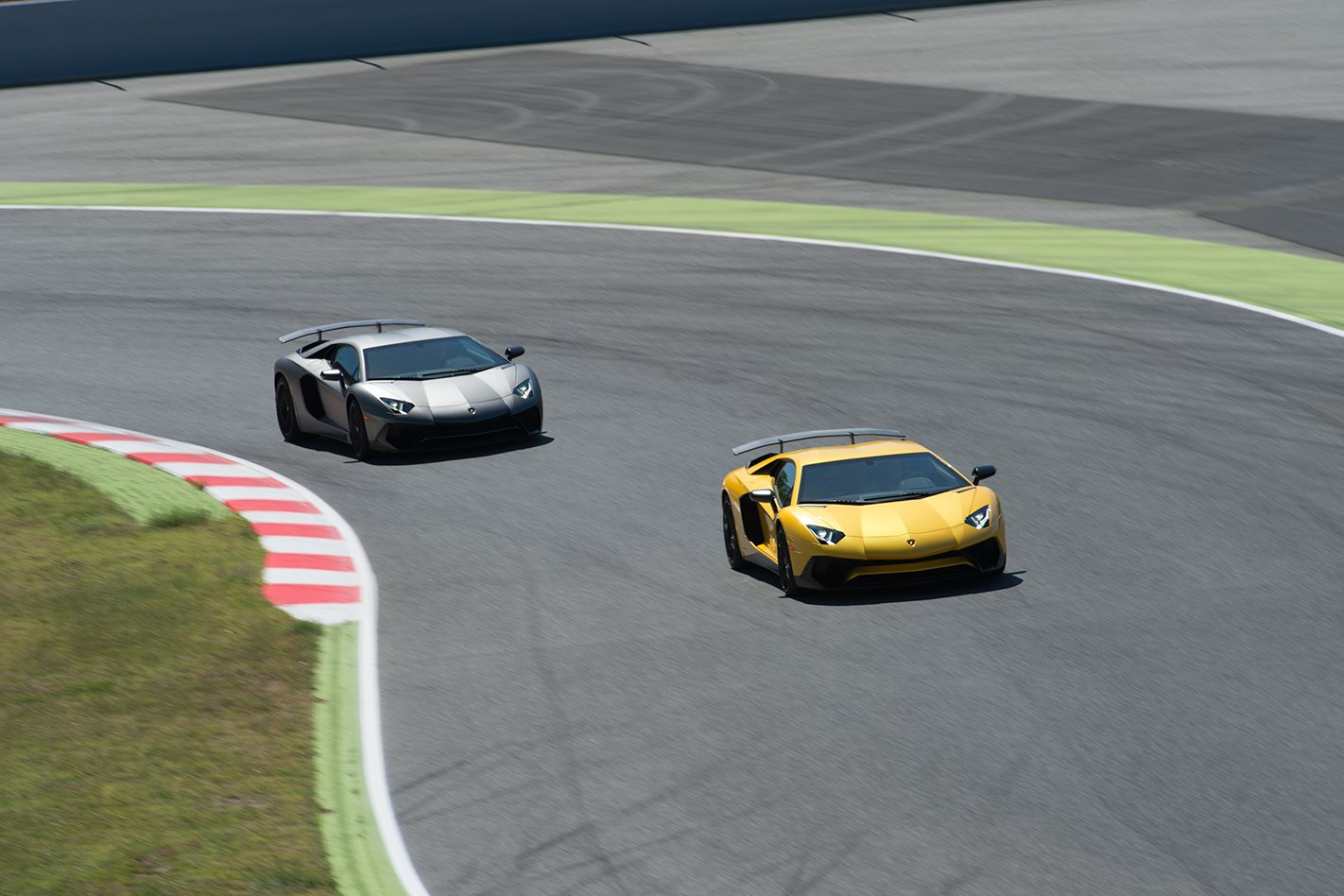 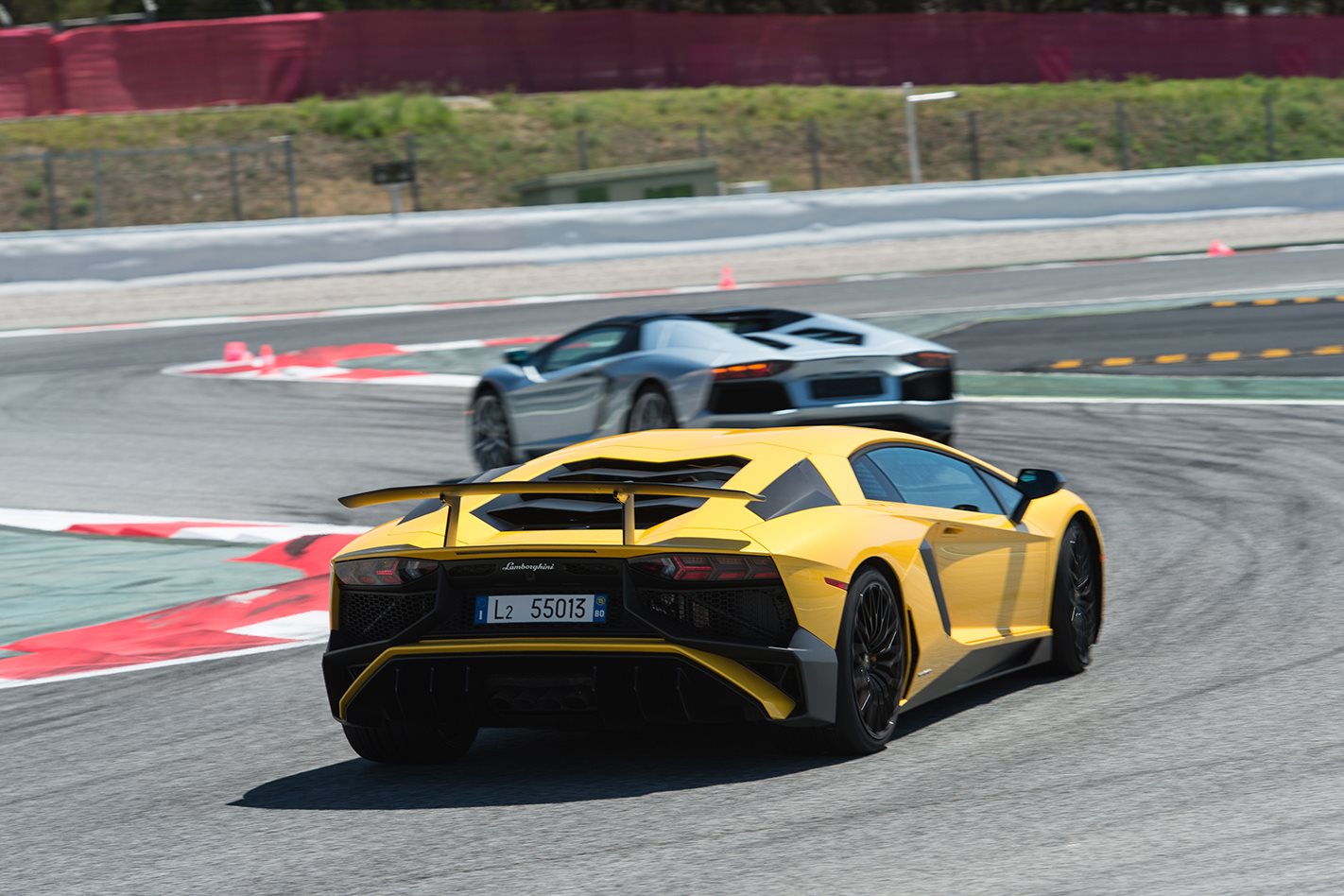