WHAT IS IT
Aimed directly at the BMW X3 and Audi Q5 set, the Land Rover Discovery Sport is the replacement for the slow-selling Freelander, even though it is slightly larger and offers a 5+2 seven-seater option. It was launched with diesels only, and the $59,990 Si4 SE will be the only petrol-powered version until a new generation of Jaguar Land Rover ‘Ingenium’ four-pot petrol engines lob sometime in 2016.

WHY WE'RE TESTING IT
With petrol prices stable, Land Rover is giving its popular new Discovery Sport its strongest chance to dominate among luxury medium SUVs with the arrival of the 2.0-litre four-cylinder turbo-powered Si4 SE. Attractively priced and cleverly positioned, it promises to put the sport into this Land Rover driving experience. 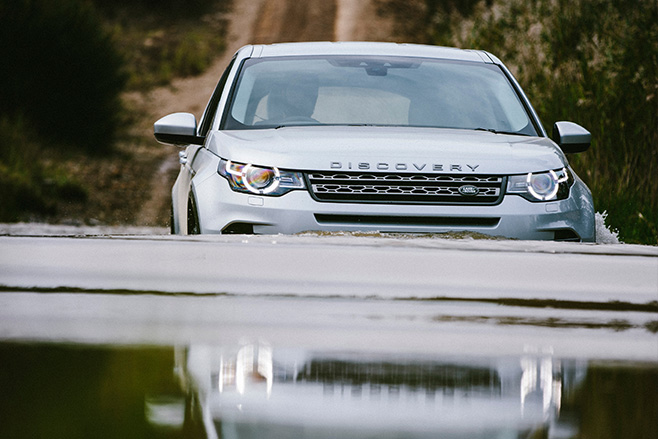 THE WHEELS VERDICT:
At least until the Mercedes-Benz GLC lands on Aussie soil this year, the handsome Discovery Sport will remain the model to beat, with its compelling combination of style, cabin packaging, equipment levels, and accessible starting price. The Ford-supplied 2.0-litre four-cylinder turbo engine, mated to a nine-speed ZF automatic, provides surprisingly energetic performance and responses, while remaining relatively easy on fuel for a vehicle weighing about 1800kg. Note, however, that despite its unashamedly Evoque-aping looks and near (but not quite) Range Rover Sport sizing, the badge says ‘Land’ and not ‘Range’ Rover, so it’s far closer to the former than the latter in terms of luxury and feel. But Audi and BMW ought to be very worried anyway.

THE WHEELS REVIEW
SINCE the Evoque arrived some years back, Range Rover has become something akin to Apple in the brand desirability stakes. Now that must-have fairy dust has rubbed off on the scorching-hot Discovery Sport from plainer sister Land Rover.

Let’s face it: the British-built premium medium SUV possesses a suaveness that’s alien to the Audi Q5 and co. But in Wheels’ recent group test the 2.0-litre SD4 turbo-diesel barely beat the Ingolstadt elder, so the just-released petrol version was approached with some trepidation.

Available only in single-spec Si4 SE guise, it will be short-lived, too. Tata-owned Land Rover is binning the Ford-sourced 177kW 2.0-litre engine also found in the excellent Mondeo for an all-new family of four-pot turbos dubbed Ingenium. They better be good, because the existing petrol heart is a belter, mating sweetly to the latest-gen ZF nine-speed torque-converter auto for immediate, eager and effortless acceleration across a broad rev range. None of the SD4’s dopey off-the-line delay is evident, replaced instead by a steady and powerful performance punch.

Of course, there’s a fuel consumption penalty compared to the diesel, the petrol averaging an indicated 10.7L/100km (about 13L/100km in the real world) hoofing around in ‘Drive’ and ‘DS’ sport modes. We barely bothered with the ‘Eco’ switch though, since it stole the swagger out of the Disco’s dance.

Another petrol benefit is the lighter kerb weight, which seems to translate into a more agile and controllable front end through fast, tight turns. Granted, that’s not the usual hunting ground for an SUV, even a monocoque-bodied one. But the accompanying direct steering, coupled with a pleasingly supple ride (despite sitting on optional 235/55R19 tyres), further fuelled our Si4 respect. Of course there’s still plenty of body roll, but the (also Ford-based) EUCD platform lurking underneath feels stable and composed, backed up by brilliantly effective braking. 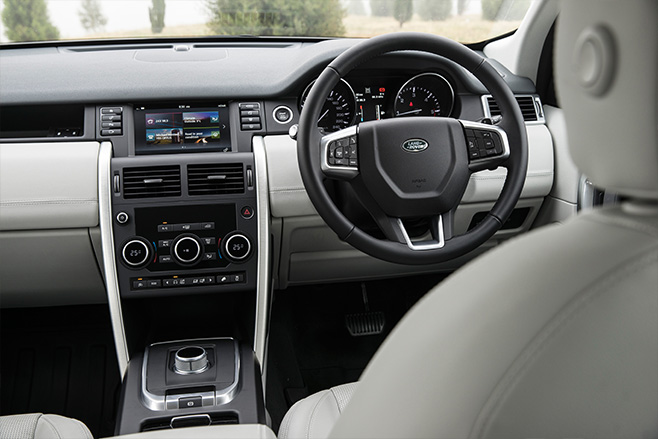 In SE trim, the handsome dash loses some of its plush sheen, since the wetsuit style material and matt black lower plastics are far more utilitarian than the Evoquative design suggests. That said, the plus points that helped the HSE SD4 win our comparo remain: great seats, plenty of space, the versatility of the ($3000) optional third seat row, and a decent level of standard equipment.

By our reckoning, then, the petrol eclipses the diesel. While the Disco Sport lacks the lush cabin polish of a Rangie Sport, it still beckons with value, style, speed and capability. No wonder Land Rover is becoming such a blue-chip brand. 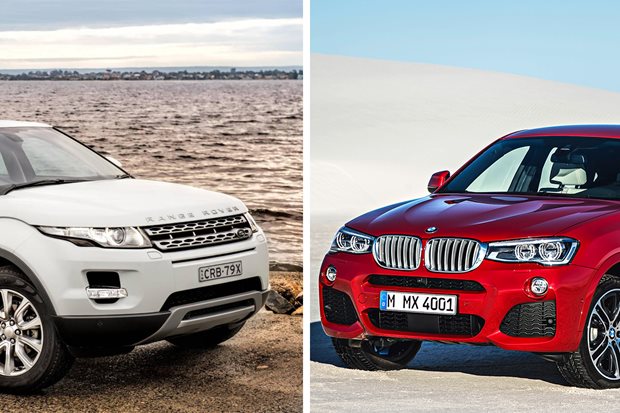 We pit the stylish Range Rover Evoque against the BMW X4 to determine which is the better SUV. 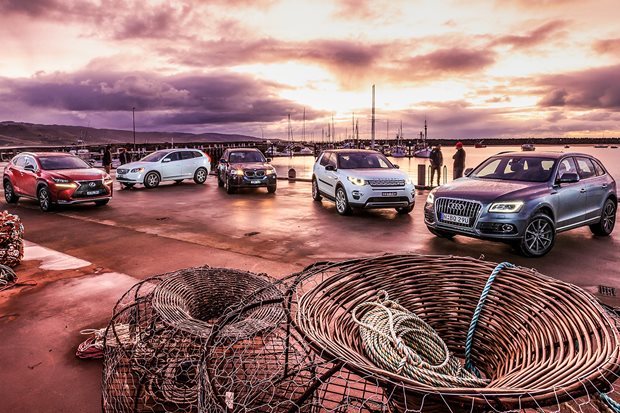