The fastest road car Mercedes has ever produced and Australia’s fastest race track. But is the Mercedes AMG GT S up to the 6.2km challenge?

THE fastest road car Mercedes has ever produced and Australia’s fastest race track. But is the Mercedes AMG GT S up to the 6.2km challenge?

WHAT IS IT?
The Mercedes AMG GT S is the new hero car for Benz, introducing the new 4.0-litre twin-turbo V8 to the AMG lineup.

WHY WE'RE TESTING IT
Wouldn’t you? We’ve driven the Mercedes AMG GT S before – but not like this. For the Australian launch Mercedes shut down the Mount Panorama circuit for a week and invited Wheels along to join in on the fun.

THE WHEELS VERDICT
The most fun we’ve had in a Mercedes-Benz. The GT S feels brilliant – and brilliantly brisk – around what is a hugely challenging track.

PLUS: Brutal torque; fantastic noises; slick dynamics
MINUS: Direct steering is quite light 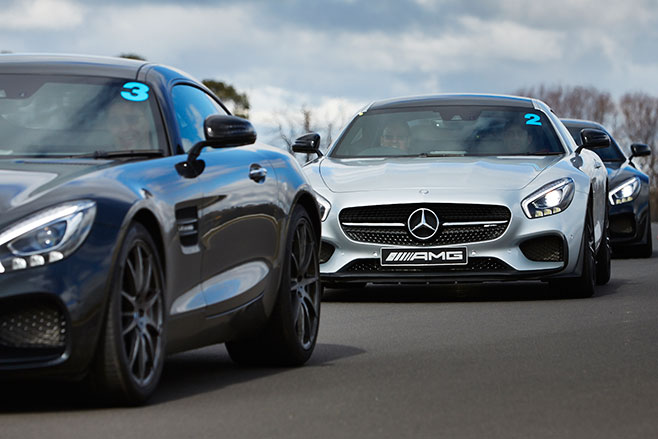 THE WHEELS REVIEW
Same 4.0-litre twin-turbo V8 engine as the C63 S AMG, but slightly different tune and details. But instantly the AMG GT feels like a different beast around the challenging confines of the 6.2-kilometre Mount Panorama circuit at Bathurst. More honed, more focused.

Put that down to the fact the two-door Benz hero car is carrying less weight (about 85kg) and has a much lower centre of gravity (thank the dry sump and low-slung coupe body for that).

The GT S also has more rubber to play with, with huge 295-wide 20s at the rear trying to contain that grunt.

It’s 50Nm down on torque compared with the C63 S, but you don’t notice it, and the claimed acceleration to 100km/h is quicker by 0.2 seconds – that’s plenty when the final figure is 3.8 seconds.

There’s a wonderful thump forward once you sink the accelerator. And the AMG GT threatens to break traction over the hump cresting Mountain Straight. It’s approaching 230km/h and wanders delicately as weight temporarily rises off the road-going Continental tyres.

Better still is the GT S is still pulling hard. That’s the beauty of Bathurst – being able to sink the foot at 200km/h-plus and not have to worry about flashing lights and a lecture.

But you do have to worry about the walls. Big time. It’s amazing how the seemingly never-ending vertical strips of concrete either side can focus the attention. Corners rush up quickly, too. 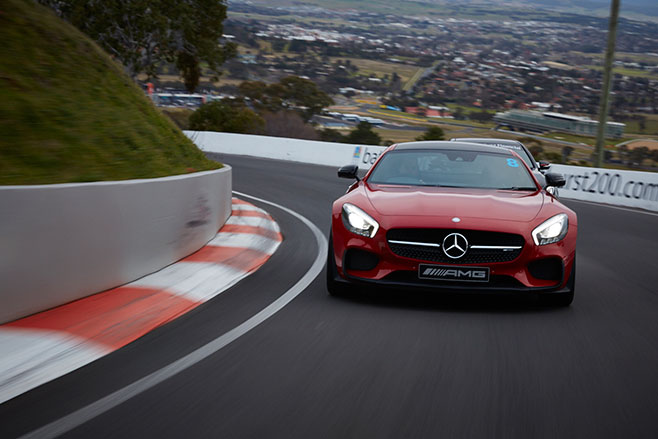 Steering is super direct for the GT S, something you want to get right pitching into the deceptively fast right-hander that begins the big climb up the mountain.

Again, having that 650Nm surge to propel you faster towards the tightening part of Australia’s fastest race track is a bonus. The noise ain’t bad, either; a mix of high tech thrust with old school V8 rumble. The crack on full-throttle up-shifts, too, is a superb aural accompaniment.

It’s a decent dab of the carbon ceramic brakes for the kink before The Cutting, too. Then it’s pitch in hard and coax the nose around. Too fast and the GT S will understeer. But its near perfect weight distribution and long wheelbase rewards getting the balance right.

On exit, too, those big rear tyres hunker down nicely. Peering over the long nose gives a great indication of which way you’re pointing, as does the superb seat-of-your-pants feel of the nicely curved seats and snug yet broad cabin.

The V8 will win any horsepower argument with the tyres out of slower bends, though. It’s only electronics that are keeping things sane. While the stability control is sometimes too eager to contain the fun, on my brief few laps it’s not something I’m complaining about. Besides, its activation is smooth and well managed, as though it’s gently peeled your foot an inch or two off the accelerator.

It’s over the fast, flowing top of the mountain where the poise of the GT S most comes into play. There’s minimal body movement and a surety that reinforces as you pitch hard into the succession of left-handers. 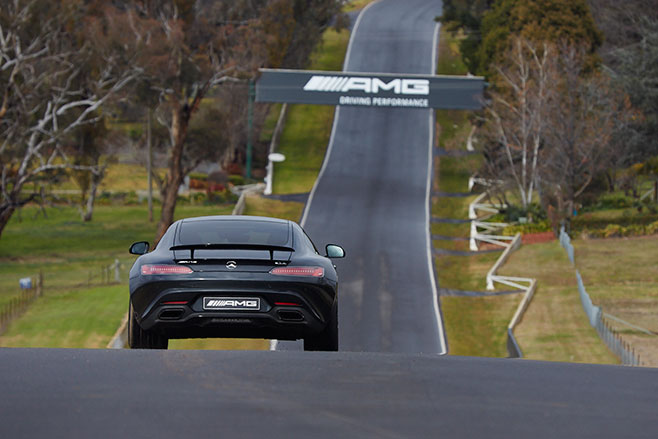 Even with the car lightening before pitching left into McPhillamy Park the GT S is beautifully settled – and quick. Gently dial on some lock and it settles in to a fast, flowing bend that gives you confidence to gently unleash that V8.

Those big, powerful brakes don’t have the race car firmness to the pedal, but there’s a reassurance with the way they wash off speed. And there’s never a hint of fade.

It adds to the confidence down the mountain. The left hander into The Dipper reinforces that low centre of gravity and ensures the Benz is ready to blast through the next brief straight-ish section.

Then it’s on to Conrod Straight, where the AMG really gets a chance to open up. Hearing it pop through the gears is a lovely sensation and by the bottom of the first dip it’s nudging 240km/h. That it’s showing no signs of slowing is a reminder of the massive reserves that track-ready engine has.

Even better is the aggressiveness of the seven-speed auto once you’re hard on the brakes. It blips the throttle early and ensures it’s ready for the next application of the throttle. There’s also fantastic stability as it dives under brakes. 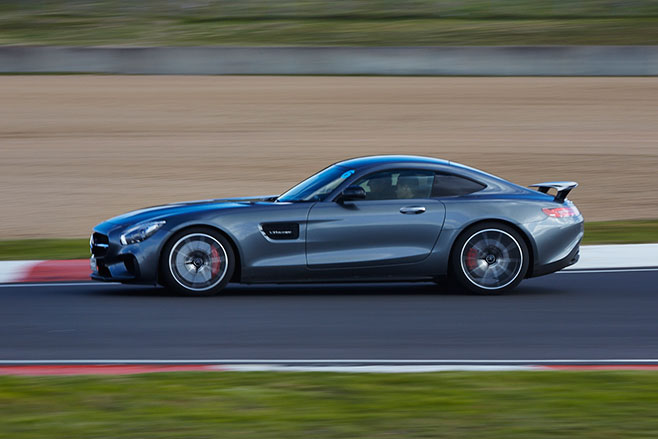 Jumping shot-gun for a few laps with five-time 500cc Motorcycle champion Mick Doohan reinforced the ability of the GT S. He’s raced bikes around here (something he says he’d never do again) so knows a thing or two about pushing on.

It also gave me a better chance to glance at the speedo – 183km/h at Skyline and 272km/h before braking for a cautious approach to The Chase.

It’s a mighty machine and one that relishes in the challenges of long straights and fast, flowing bends.

That the GT3 version will be some 20 seconds quicker around Mount Panorama is eye opening. 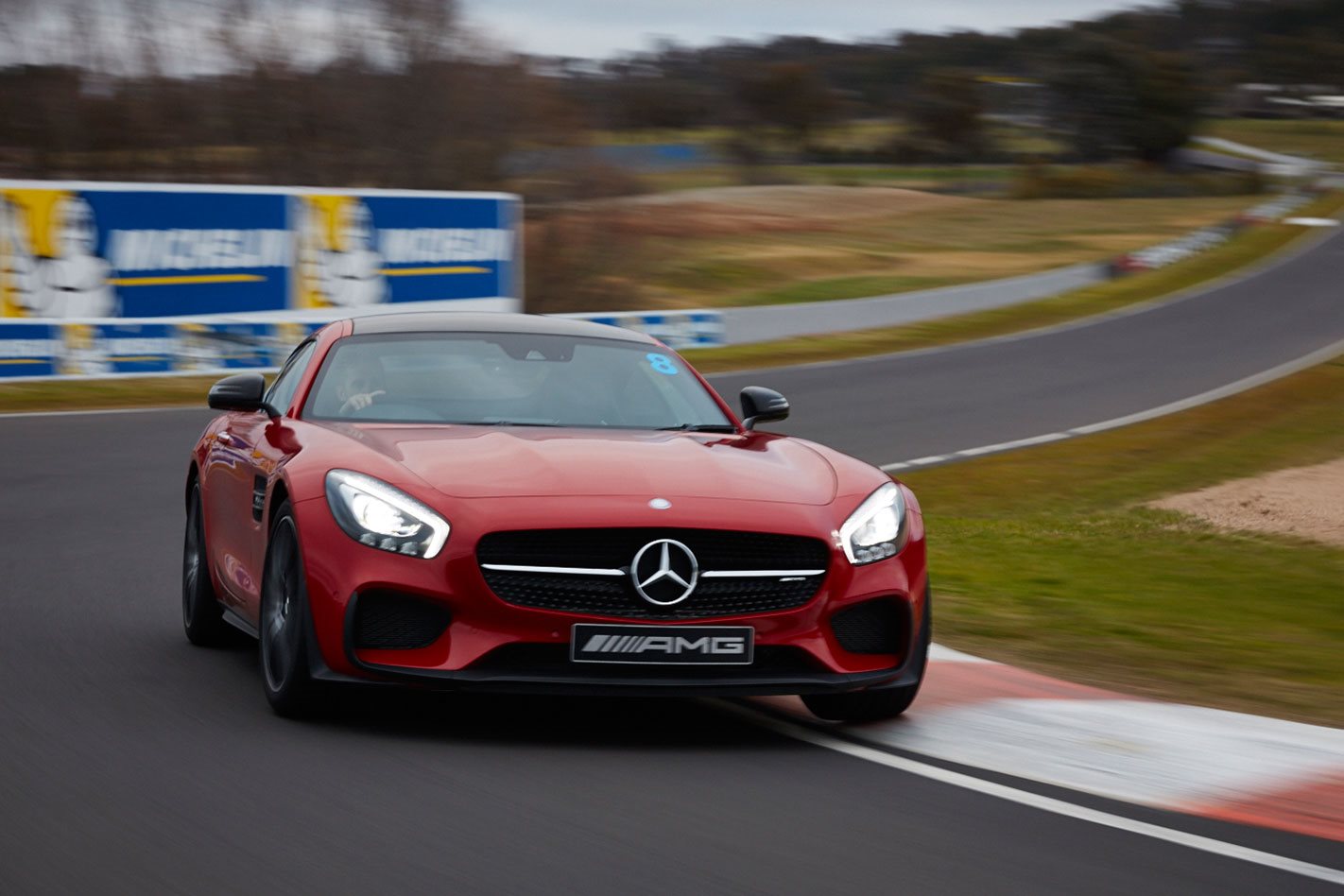 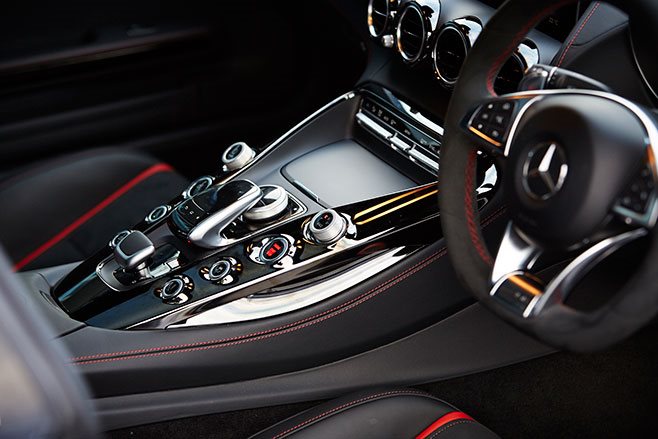 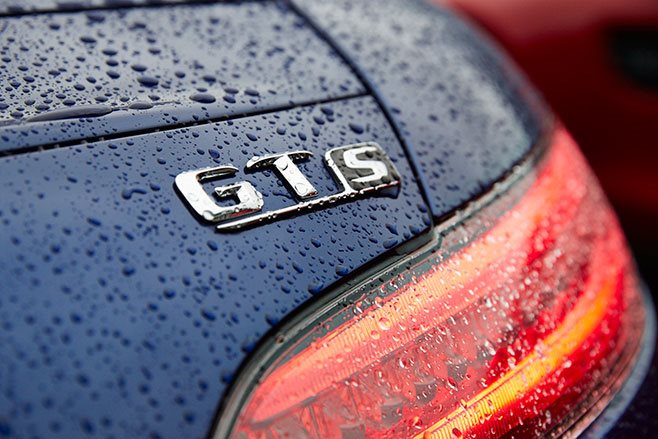 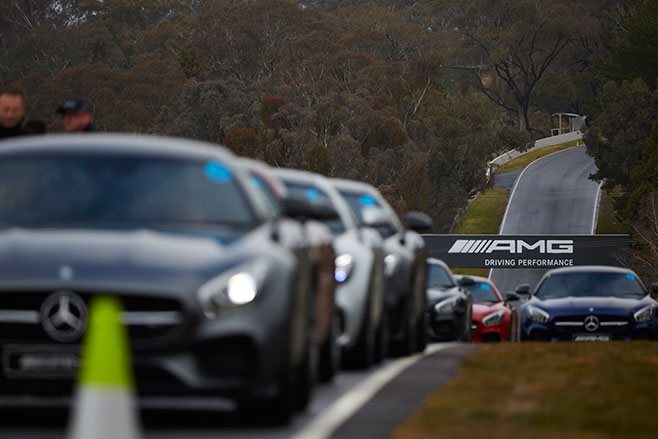 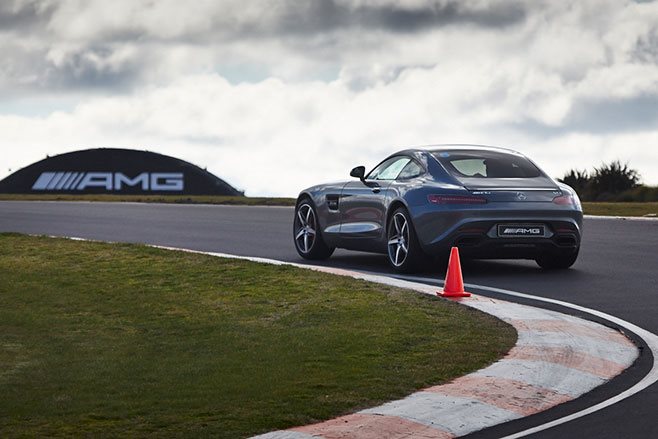