The Mercedes-AMG GT S takes to Aussie roads so we can find out what sort of real-world boost its 375kW brings for the German brand’s supercar credentials.

WHAT IS IT?
Kind of an SLS cut down in size and price to take Mercedes (just) into the crucial sub-$300K supercar territory – combining classic Benz sports car design and trad V8 muscle.

WHY WE’RE TESTING IT
We’ve driven the AMG GT on various tracks at home and away, but this is our first chance to try it on Australian roads.

THE WHEELS VERDICT
No Gullwing doors, but the GT S a more uplifting driving experience than the SLS

THE WHEELS REVIEW
AFTER driving the Mercedes-AMG GT S on a couple of iconic racetracks, we’ve finally got the new 911-fighter to another quintessential piece of winding bitumen – the Great Ocean Road.

The GT S got a thumbs up through the Corkscrew and across Skyline, but this was the first look at its real-world credentials. 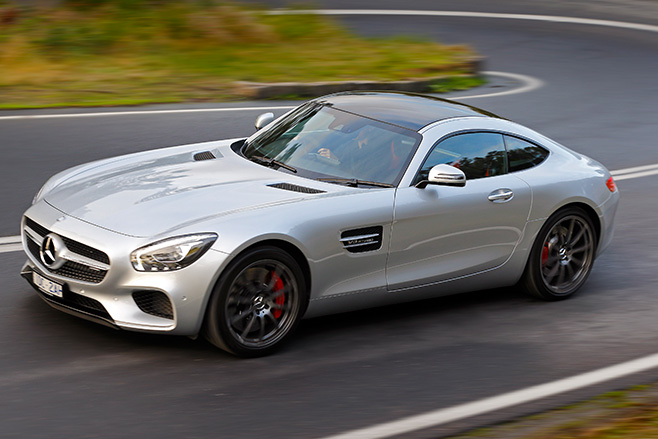 A quick recap in case you’ve been snoozing. The GT S follows rather than succeeds the SLS, but retains some of the Gullwing’s aluminium structure and components. The doors swing open conventionally rather than upwards theatrically, and the V8 under the still-lengthy bonnet trades a couple of litres of capacity for a pair of turbochargers.

A $295,000 price tag means it is also significantly cheaper than the near-half-million-dollar SLS, pitching the GT S into the sub-$300K supercar domain occupied by the likes of the Porsche 911 GTS, Jaguar F-Type R and Audi R8.

It’s impossible to ignore Mercedes’ sports car history when looking at the long-snouted GT S, though compared with the most recent supercars – the SLR and SLS – the sleeker, smoother lines of Stuttgart’s latest look like they flowed more naturally from the designer’s pencil.

More importantly for buyers looking for great dynamics rather than just great styling, however, is that there’s nothing lead-tipped about the AMG GT’s handling. 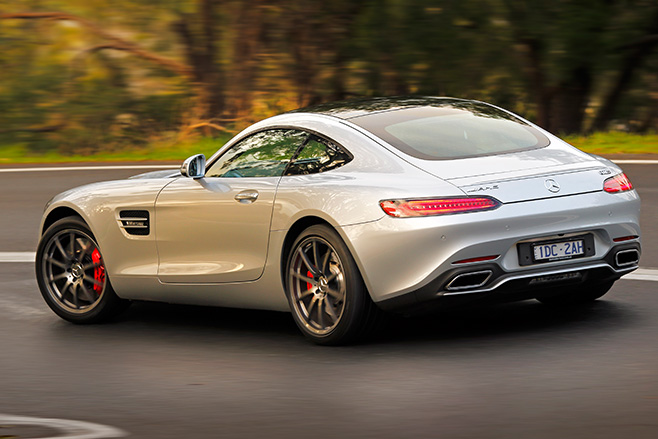 Quick steering, an eager front end and a well-behaved rear combine for a nimbleness that allows the driver to get into a fast rhythm – even with Victoria’s famous coastal route soaked to the point of precariousness.

There’s a clear sensation of the GT S pivoting around the driver far more than the SLS did, helped by both pilot and engine being positioned more centrally.

If the GT’s front and rear ends are also more harmonious, the grip from the Michelin Pilot Sport tyres impressive even in the wet, and the (optional) carbon ceramic brakes highly effective, the flagship AMG is also not quite the complete precision instrument.

The hydraulic steering could impart more detailed information when you’re testing the levels of adhesion, and lacks the consistent fluidity of the C63’s electric rack.

And a shortage of compliance can nudge the low-slung Merc slightly off line, with enough vertical body movements on a bumpy stretch to prevent you from switching off from red alert status. 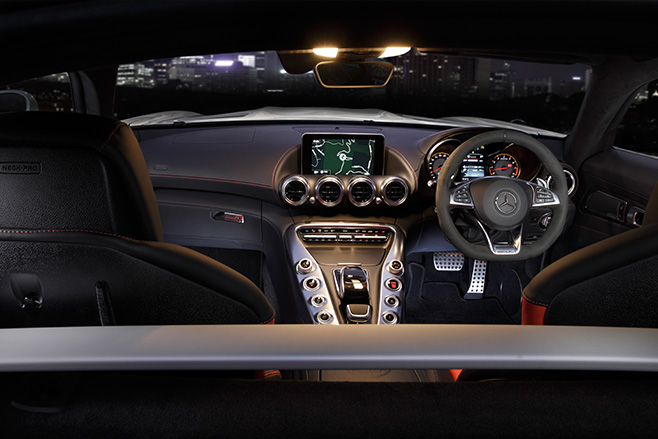 You can tailor settings in Individual to keep everything except the variable dampers in sports mode, though even in Comfort the ride (and road noise) is more GT3 than grand touring.

The twin-turbo 4.0-litre V8 under the long bonnet encourages you to keep the boot in, though.

It’s marvellously tractable and flexible, pulling instantly and urgently from a vast section of the rev range.

But while you can short-shift or leave the transmission in D to capitalise on the 650Nm available between 1750 and 4750rpm, a second-through-to-fifth-gear blast is worth every moment to savour the speed of the dual-clutch transaxle auto’s shifts, the pops and cracks from the exhaust, and the V8’s charismatic, throaty Nascar-style vocals that dispatch recent concerns about the muffling effects of turbochargers.

The GT S reels in the horizon at an astonishing rate, the view out almost panoramic through the slim windscreen – and with that muscular, elongated bonnet never quite escaping your consciousness. 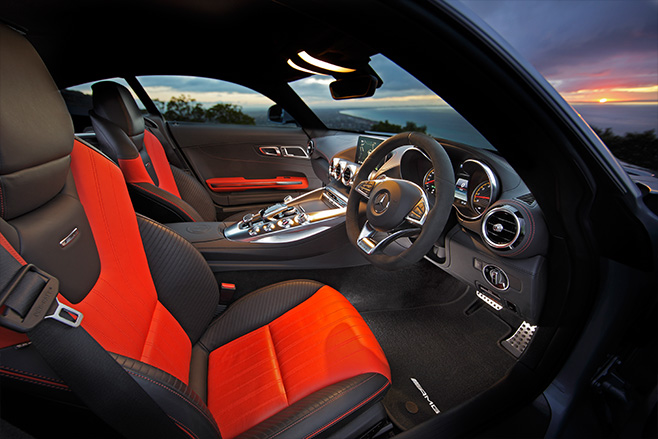 The stylish door mirrors occasionally obscured my vision, though my relatively compact, 5ft 8in frame also meant I never felt claustrophobic in what might be an overly snug cabin for taller, bigger folk.

It’s otherwise – despite some ergonomic misses such as the transmission lever location – a better executed interior than in the SLS, giving the GT another worthy mark of progress.

Just how far Mercedes has come with its supercars can only be completely judged with a rendezvous with Porsche’s icon, the 911 GT3.

And you can read about how that went in the September edition of Wheels, on sale August 20 with a no-holds barred showdown. 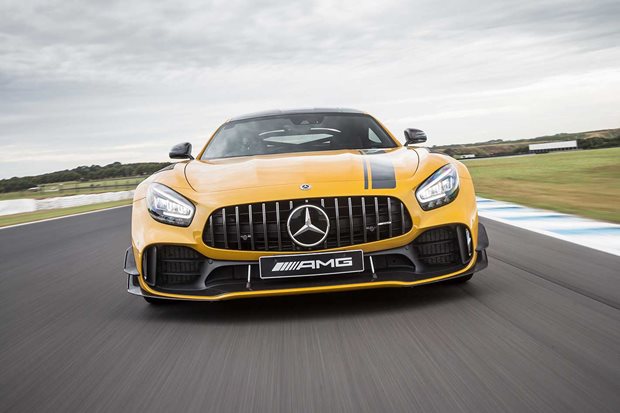