WHAT IS IT?
Subaru refines a successful formula for its sixth-gen crossover SUV with space, driveability and efficiency improvements, while adding a big dose of design, quality and technology into the mix. While the bad news is the Liberty wagon is dead, all Outback models are now considerably cheaper.

With prices falling by up to $10,000, the sixth-gen Outback (based on the Mk6 Liberty) comes in from the cold to tempt both SUV and medium/large passenger-car buyers alike. Adding to the allure is a big jump in standard specification (up to $3500), underlining Subaru’s desire to arrest a long-term market share slide for the 19-year-old series.

THE WHEELS VERDICT
Cheaper, roomier, quieter, stronger and better looking, the latest Outback is back in contention, but even the slick and speedy 3.6R is no driver’s car while the 2.5i needs more grunt. The 2.0D remains the sweet spot, though the excellent EyeSight system is unavailable on diesel.

THE WHEELS REVIEW
OUTBACK? Lately, the Japanese crossover has been about as Australian as American Pie, and just as gross to behold. With a cheap interior, ordinary dynamics and ferocious SUV rivalry, means the Subaru has been outpaced.

No longer. Enter the sixth-generation revamp of the Liberty-based wagon with more palatable styling, a stronger and quieter body, and headline price drops of about 10 percent, yet with important specification upgrades.

The volume-selling 2.5i brings improved EyeSight driver-assist wizardry (including radar-based cruise control and lane-departure alert), along with idle-stop, a reversing camera, roof rails, 18-inch alloys and an X-Mode off-road setting with hill descent.

Hardly sounding like a boxer engine at all, the 2.5i’s CVT is programmed to feel lively off the mark, but don’t count on neck-snapping acceleration. Only when wound out at speed does it really pick up pace heartily. At least the auto isn’t prone to flaring as much, while refinement levels are considerably better.

The revised boxer turbo-diesel in the 2.0D has stronger performance across the spectrum and is our pick, even if the newly added CVT’s initial pick-up remains languid.

Oz-bound Outbacks employ a unique local suspension tune, resulting in more measured and progressive – if somewhat numb – steering that remains too light despite major modifications. The helm feels meatier in the 2.0D and racy 3.6R range-topper, which is now $10K cheaper at $47,990.

With 213mm ground clearance and higher than ever seating, no Outback feels especially agile, but they are easy to control, reactive on the brakes, grip like crazy and – aided by the 50:50 front-rear mechanical AWD with Active Torque Vectoring tech – stick to the chosen line with pleasing precision, even on gravel.

Except on smooth roads, the bigger 18-inch wheels wearing 225/60R18 Desert Duelers usher in a busy and often vocal ride; we prefer the mildly more compliant 225/65R17 tyres on the base 2.0D.

Thinner pillars, comfier seating and higher-grade materials (across a dispiritingly generic dash layout) are the standout cabin changes, with top marks for the new intuitive central touchscreen, modern multimedia interface, attractive instrumentation and excellent ventilation. There are now properly large-car levels of space in both rows, with the rear backrest reclinable, while a full-size spare lives beneath a cavernous 512-litre cargo area.

So Subaru has really truly turned the old sow’s ear into a spacious, safe and silky purse of a crossover, and all for less coin. Family wagon and SUV buyers alike ought to like what they see, and that’s something we haven’t said about an Outback for years. 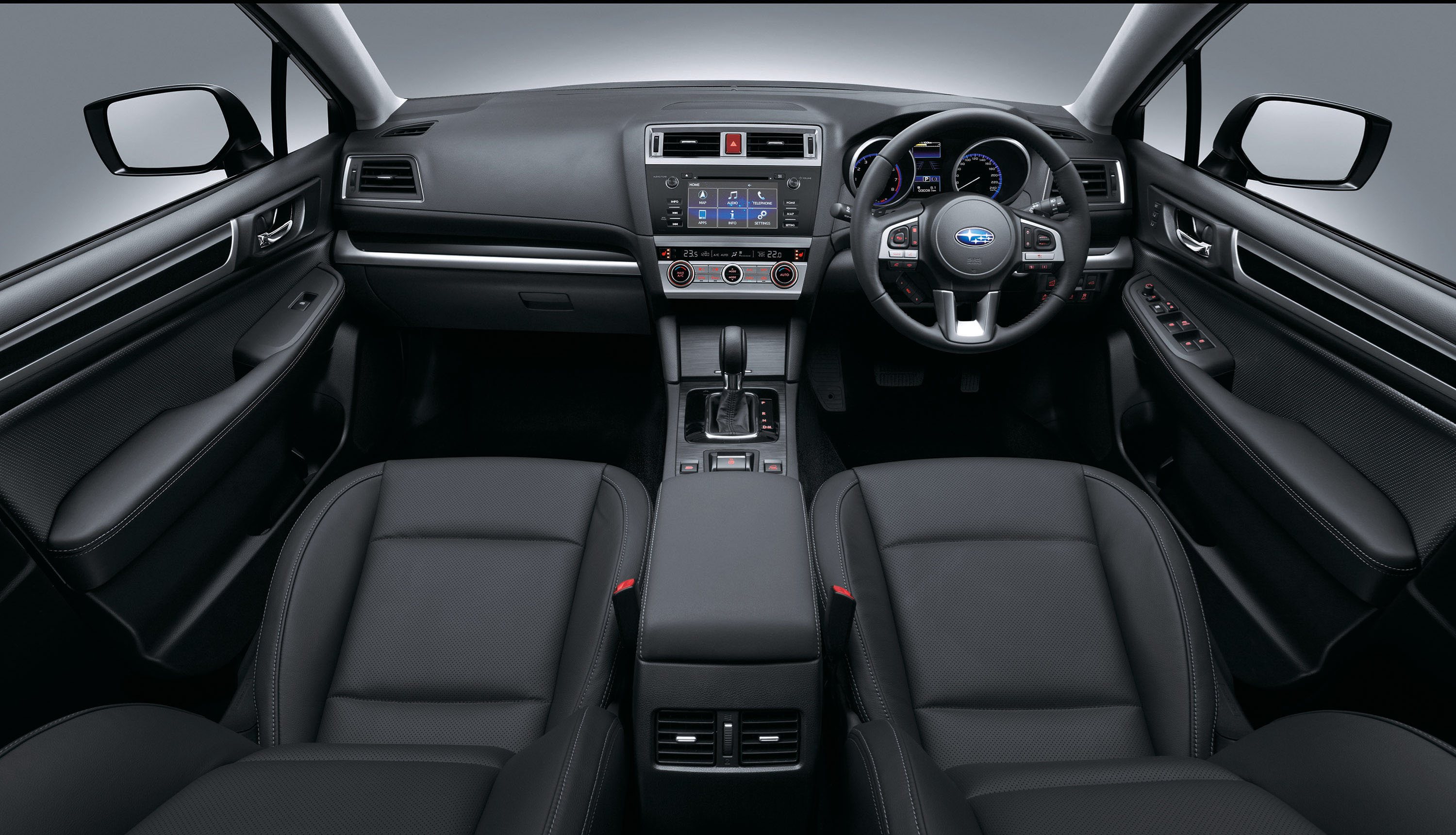