SUZUKI is back in the small-SUV game in a big way with the Vitara, a monocoque rival for the Mazda CX-3 that majors on style, space, handling, and personalisation.

WHAT IS IT
Based loosely on the near-invisible S-Cross, the fourth-gen Vitara is vying for Mazda CX-3 and Honda HR-V buyers. It is the first Suzuki Vitara without a ladder-frame chassis construction, losing the tough go-anywhere potential of previous versions. But the newest Suzuki gains plenty on the road, with dynamics, refinement and driveability formerly foreign to the nameplate.

WHY WE'RE TESTING IT
Once a decade, Suzuki goes that extra mile. Last time it was the 2004 Swift, and the new Vitara might be next. The pricing, quality, refinement, packaging, efficiency, and design all suggest it has, and even the small but sweet 1.6 atmo engine seems up to the task. 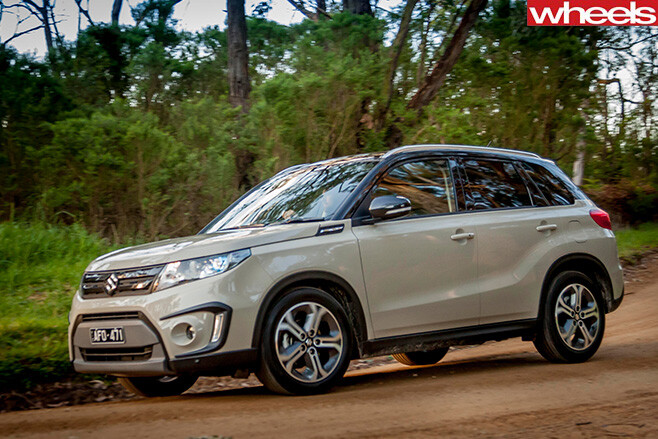 THE WHEELS VERDICT
Photos don’t do justice to the handsome Vitara, which strikes an appealing balance between size and proportion. But it doesn’t stop there, because the Japanese compact SUV is also keenly priced, well equipped, spacious, and involving to drive, combining the respective strengths of the CX-3 (sportiness) and HR-V (packaging). Even the 1.6 atmo petrol engine – which sounds underwhelming on paper – punches above its specification, thanks in part to exceptional lightweight engineering and smart gearing. But more torque would be most welcome. We expected to be underwhelmed but instead came away pleasantly surprised with the first all-new Vitara in a decade.

THE WHEELS REVIEW
ANY WHICH WAY you look at it, Vitara is an ‘80s icon right up there with Roger Rabbit, Reebok and Roxette. The modishly chunky original sure had the look, inspiring the Toyota RAV4 that kicked off the whole car-based compact SUV craze. 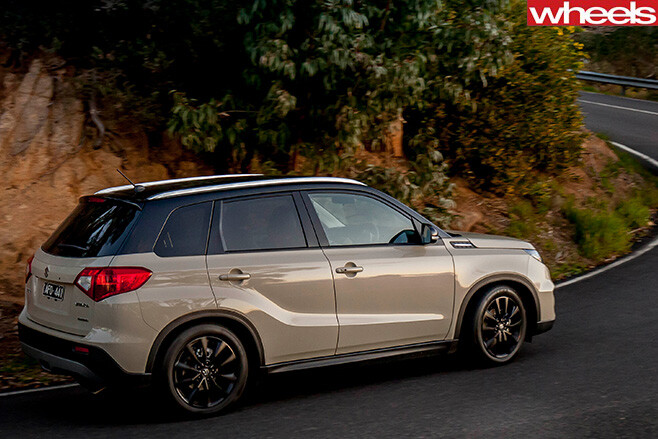 Which is kind of ironic, because Suzuki had refused to evolve its darling 4x4 since, sticking with the tough ladder-frame chassis for the subsequent (and not so) Grand Vitaras of 1997 and 2005. What must have been love 25 years ago was over now, as SUV buyers abandoned the Japanese brand in droves (though not for the Holden Drovers it built back in the day… but that’s another story).

Enter the Vitara IV, based on the nearly invisible S-Cross’s still-box-fresh small-car platform, scaling back hundreds of kilos and thousands of dollars in the process. It starts from $22,990 drive-away for the 1075kg front-drive manual RT-S, while the mud and snow traversing AWD RT-X range-topper is also pretty lithe at $31,990 (before on-roads). 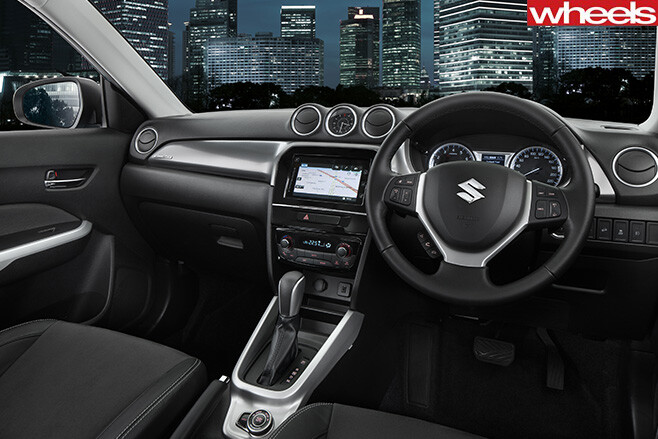 Lightly laden, even the slick (Aisin six-speed torque-converter) auto doesn’t feel undernourished, stepping away keenly thanks to a sensibly spaced set of ratios. On the RT-X AWD, a Sport mode effectively keeps the engine revs within the power band, so it can feel punchy on the move, especially as the mechanical accompaniment is one of smoothness and not coarseness.

While the Sport-less auto front-driver is also fairly spirited, heavy loads, hills or both can impede progress – so be prepared to downshift frequently (in the slightly notchy manual) and bury that right foot to keep the 1.6 singing up in the sweet spot. At least promising economy is the pay-off: between 5.8 and 6.3L/100km officially.

Still, the chassis deserves more. Vitara’s dramatic diet has resulted in steering that’s pleasingly Swift-like, meaning sharp off-centre responses and enthusiastic yet controlled turn-in that keeps the driver connected. Unlike the rubbery old versions. Add taut handling and plenty of grip from Continental 215/55R17 tyres, and Suzuki has clearly tuned this SUV for fun. Ride comfort is yet another bonus, which leaves occasional road-noise intrusion out on the open road as the only thing to whinge about dynamically. 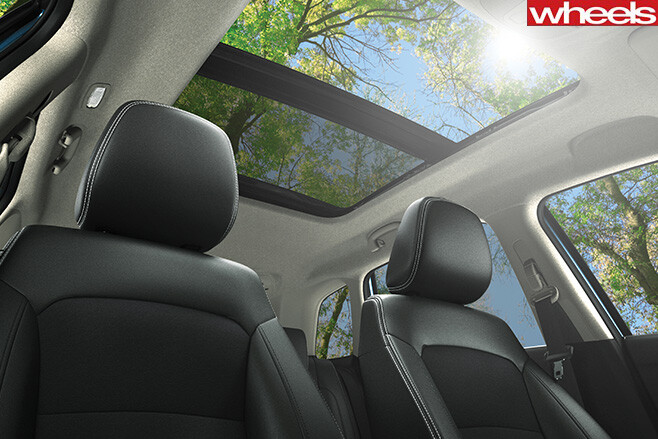 Suzuki has thought about the roomy and airy interior too, with its large door apertures, vision-enhancing deep side glazing, instrumentation clarity (but no digital speedo, frustratingly), stylish and effective touchscreen interface, ample storage, and generous cargo area. And although it appears flat initially, the driver’s seat retained adequate support even after a few hours behind the (leather-clad) wheel.

As the analogue clock, flanked by the central circular vents, and various colour personalisation options attest, the latest Vitara is trying hard to fit in with 21st Century fads. However, the absence of driver-assist tech such as autonomous emergency braking is vexing; the rear bench – which sits okay – lacks the recline and/or slide functionally of some rivals; and there are no face-level air vents back there.

Nevertheless, Suzuki has nailed the basics with Vitara IV, blending traditional brand virtues - such as some off-road capability in the RT-X AWD – with some of the CX-3’s dynamic smarts, the Honda HR-V’s packaging, and Renault Captur-aping multi-configurable style. The ‘80s compact SUV pioneer finally comes of (this) age.