Mid-life update of the Volkswagen Polo GTI adds a huge dollop of driver appeal. Highlights are a new, more powerful 1.8-litre turbo engine and the return of a six-speed manual option

Mid-life update of the Volkswagen Polo GTI adds a huge dollop of driver appeal. Highlights are a new, more powerful 1.8-litre turbo engine and the return of a six-speed manual option.

WHAT IS IT?:
Performance version of popular European B-segment hatchback. The GTI is lower, more powerful and sharper handling than anything in the standard Polo line-up. More expensive, too, but the return of a manual version means a lower starting price than the current, auto-only Polo GTI.

WHY WE’RE TESTING IT:
This major mid-cycle update of the hottest Polo will be out soon in Germany. The official European reveal in Spain was our first chance to sample the improved GTI, months ahead of its Australian launch in the second quarter of 2015.

THE WHEELS VERDICT:
This punky little brother to the Golf GTI could have what it takes to challenge established small hot-hatch favourites

THE WHEELS REVIEW:
COMPARISONS will inevitably follow the new Polo GTI’s launch in Australia around May next year. They will settle the question of whether the updated version of Volkswagen’s small hot hatch packs enough heat to torch the reputations of the Ford Fiesta ST and Renault Clio RS200 Sport.

Volkswagen has dropped the previous Polo GTI’s turbocharged and supercharged 1.4-litre four, replacing it with a turbo-only 1.8-litre to neatly leapfrog the 1.6-litre turbos of the Fiesta ST and Clio RS200.

The new Polo GTI engine is a short-stroke version of the iron-block 2.0-litre turbo four in the Golf GTI, sharing the same cylinder bore and spacing dimensions.

The 1.8-litre’s 141kW maximum is a 9kW increase compared with the old Polo GTI and competitive with the Fiesta ST and Clio RS200. But its extra capacity brings a significant torque increase, jumping 70Nm to 320Nm, at least in manual form.

Volkswagen offers Polo GTI buyers a choice between six-speed manual and seven-speed dual-clutch auto transmissions, something neither auto-only Ford nor Renault do. Volkswagen Australia plans to offer the manual version at a competitive, sub-$28,000 price.

Despite the version of the engine that’s teamed with the DSG having a serious torque-ectomy, this doesn’t dent the maximum power figure (see sidebar) and an identical 0-100km/h time of 6.7sec is claimed for both variants.

The 1.8-litre turbo is a charmer. It’s refined and smooth, but its voice grows growly approaching the 6000rpm redline. There’s no doubt the high-torque calibration of the engine delivers snappier response and greater thrust in the middle of the rev range. But the low-torque version is anything but sluggish, and the seven-speed double-clutch is a sweet match. In Sport mode, the DSG does a great job of shifting gears when driving hard.

Volkswagen hired the Circuit de Valencia for the Polo GTI launch, and the seven-speed DSG shone on the track. It snatched higher gears at the right time and made perfect, throttling-blipping downshifts when braking for the Moto GP track’s tighter corners.

But the chief reason Volkswagen wanted track time was to highlight new suspension and chassis technology. This Polo GTI is the first to offer adjustable dampers. The Sport Select suspension, with its two-stage Bilstein dampers, is the centrepiece of the optional Sport Performance Kit package. Its presence in the Polo GTI is signalled by a Sport button in the row of switches between the central face-level air vents and the infotainment screen. In Germany, the package costs just €285 ($A420).

Stabbing the Sport button switches the Bilsteins from sporty comfort to stiffly sporty, increases the electric steering’s weight, sharpens throttle response, switches the DSG (if fitted) to Sport mode, and adds drama and volume to the engine note with a sound actuator.

Around the racetrack, the Polo GTI is fine fun in Sport mode. The car is agile and responsive, with decent front-end grip, good sensitivity to throttle adjustments and a pleasant bark to go with its bitumen bite. Switched to normal mode, the Volkswagen feels doughy, with way too much understeer for track enjoyment.

But the advantage of the Sport Select dampers and Sport Performance Kit package is made obvious by sampling a Polo GTI without it. On public roads the standard dampers are borderline brutal. The optional suspension’s normal mode is more comfort-oriented, according to chassis tuning engineer Karsten Schebsdat.

Volkswagen Australia, we hear, plans not to offer the Sport Select and Sport Performance Kit package for reasons of cost. If true, this is a grave mistake, one that could affect the outcome of those inevitable comparisons… 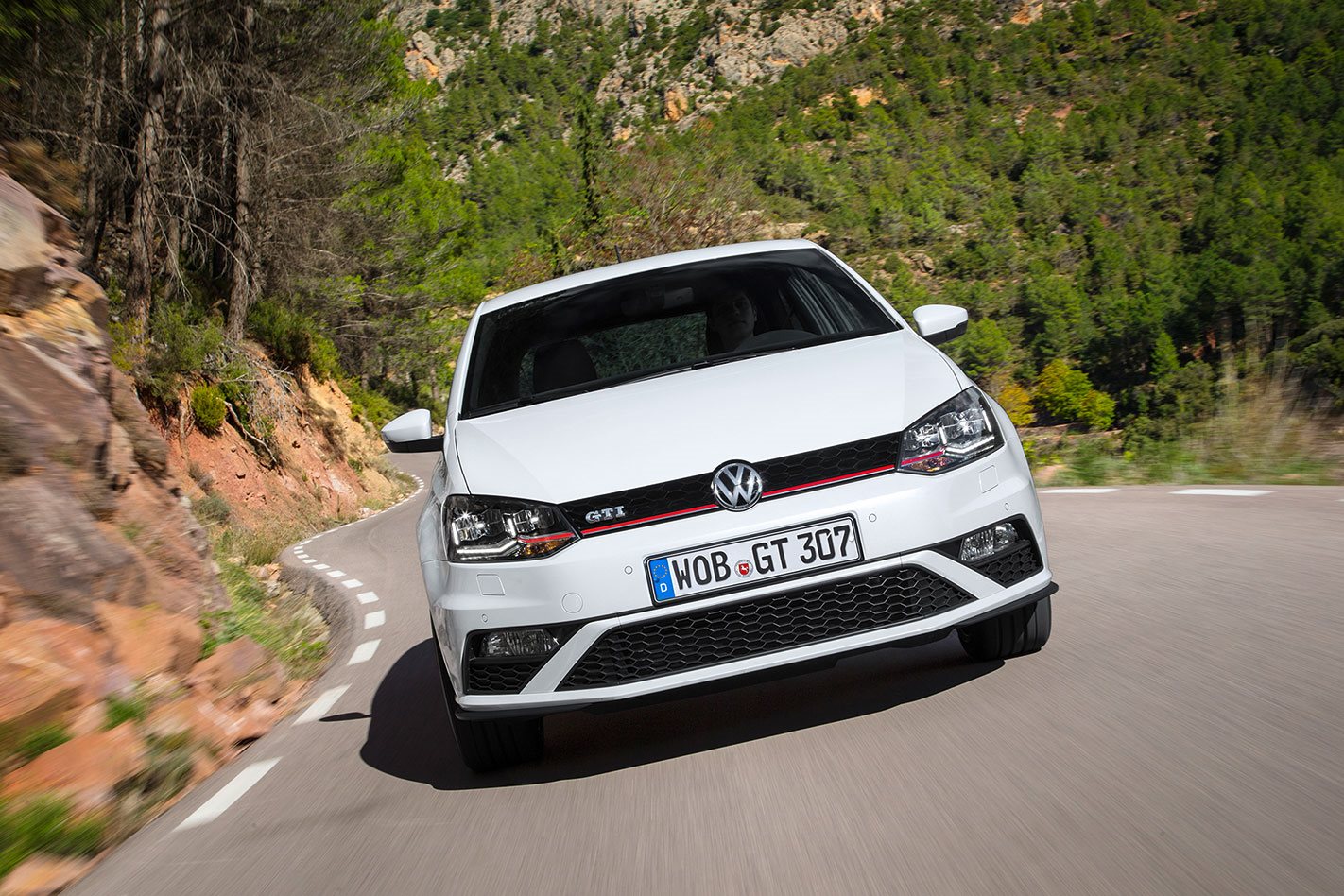 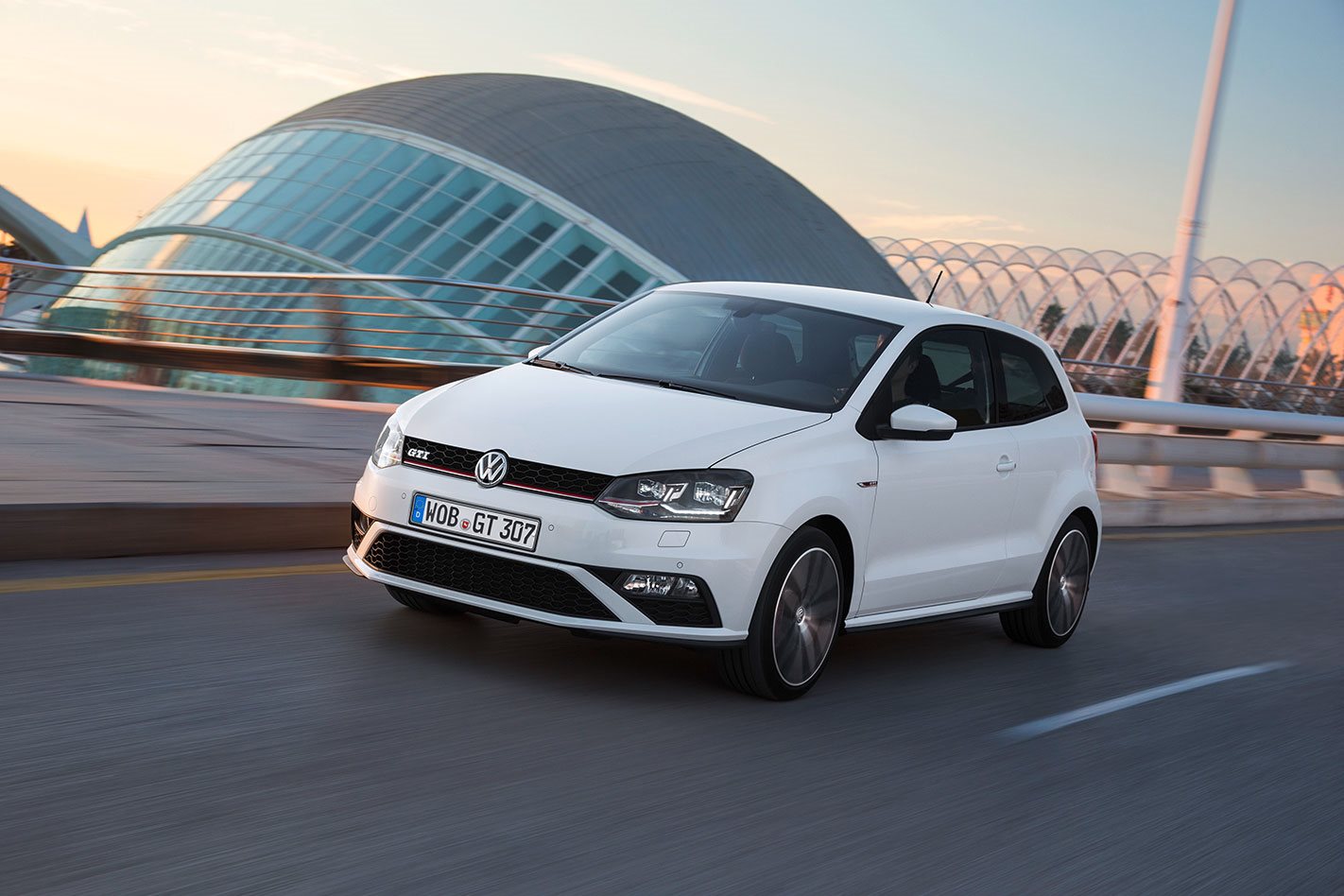 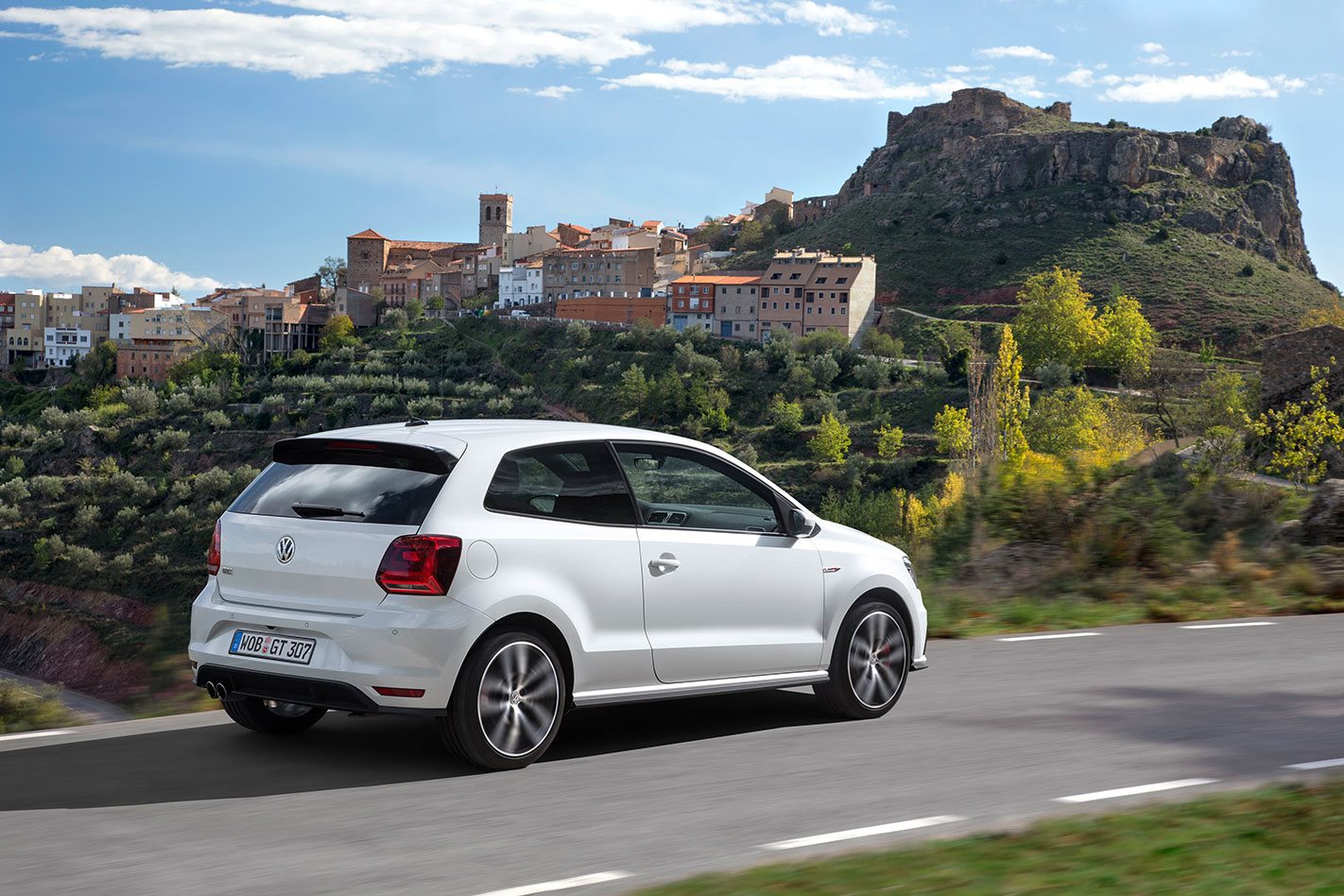 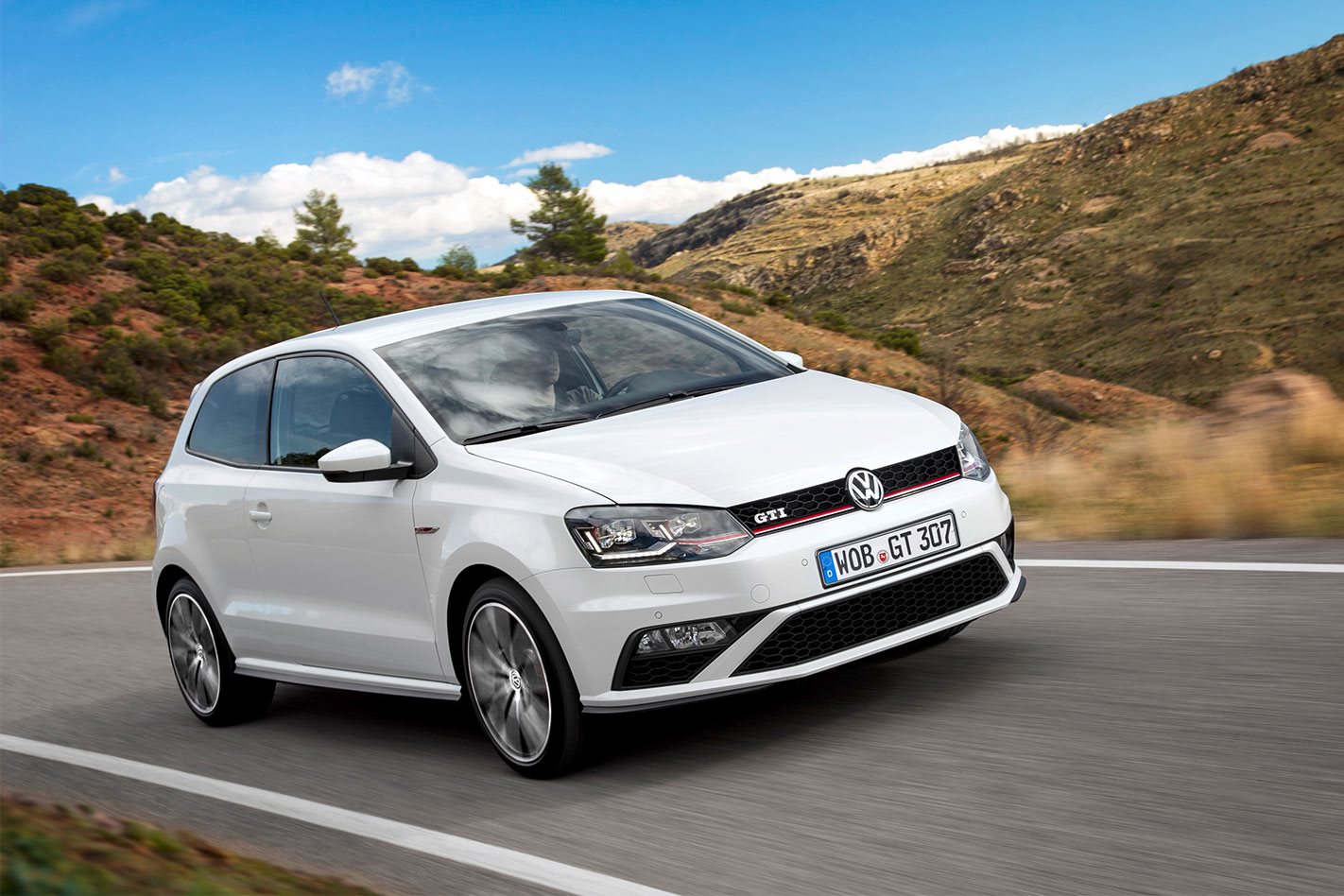 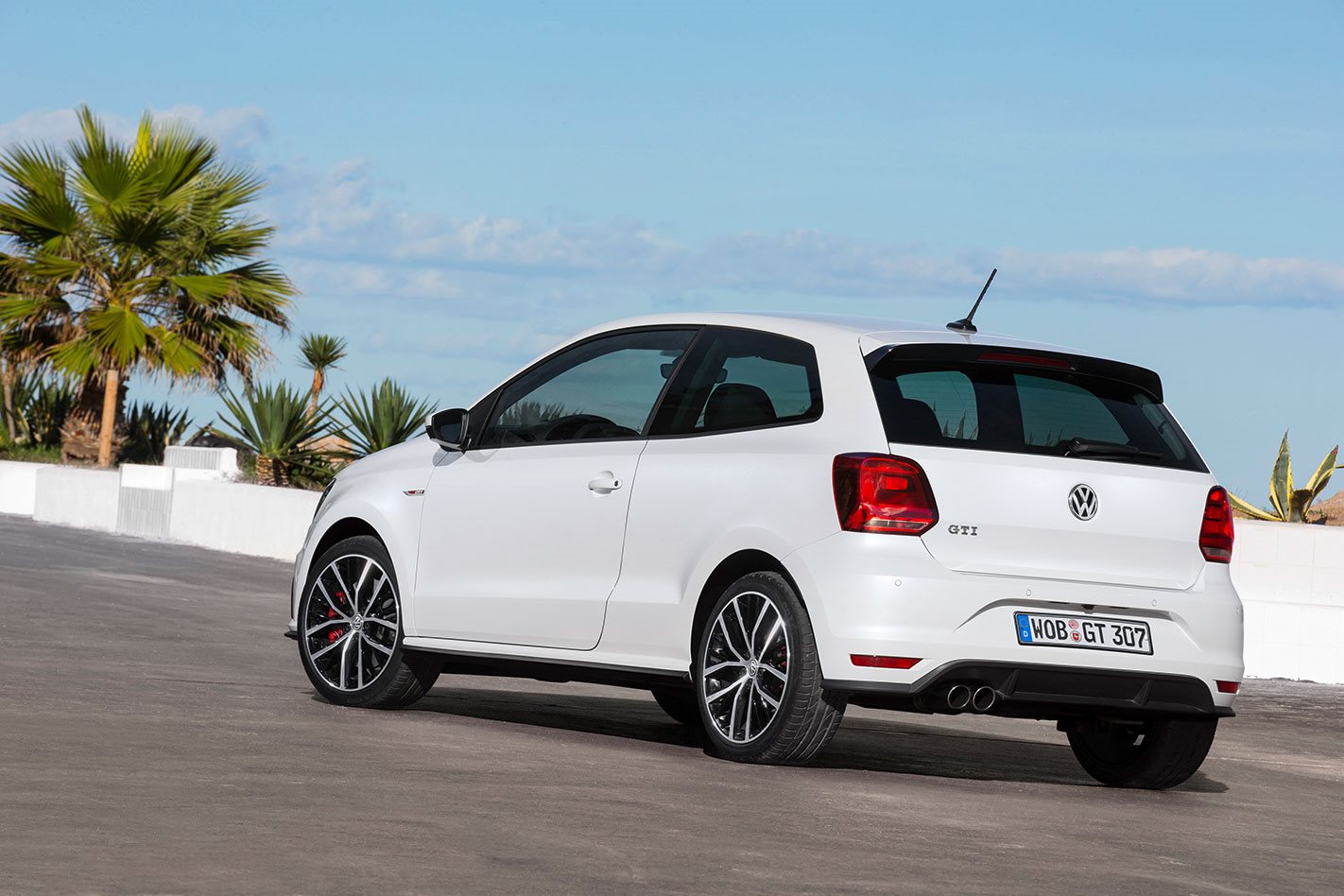 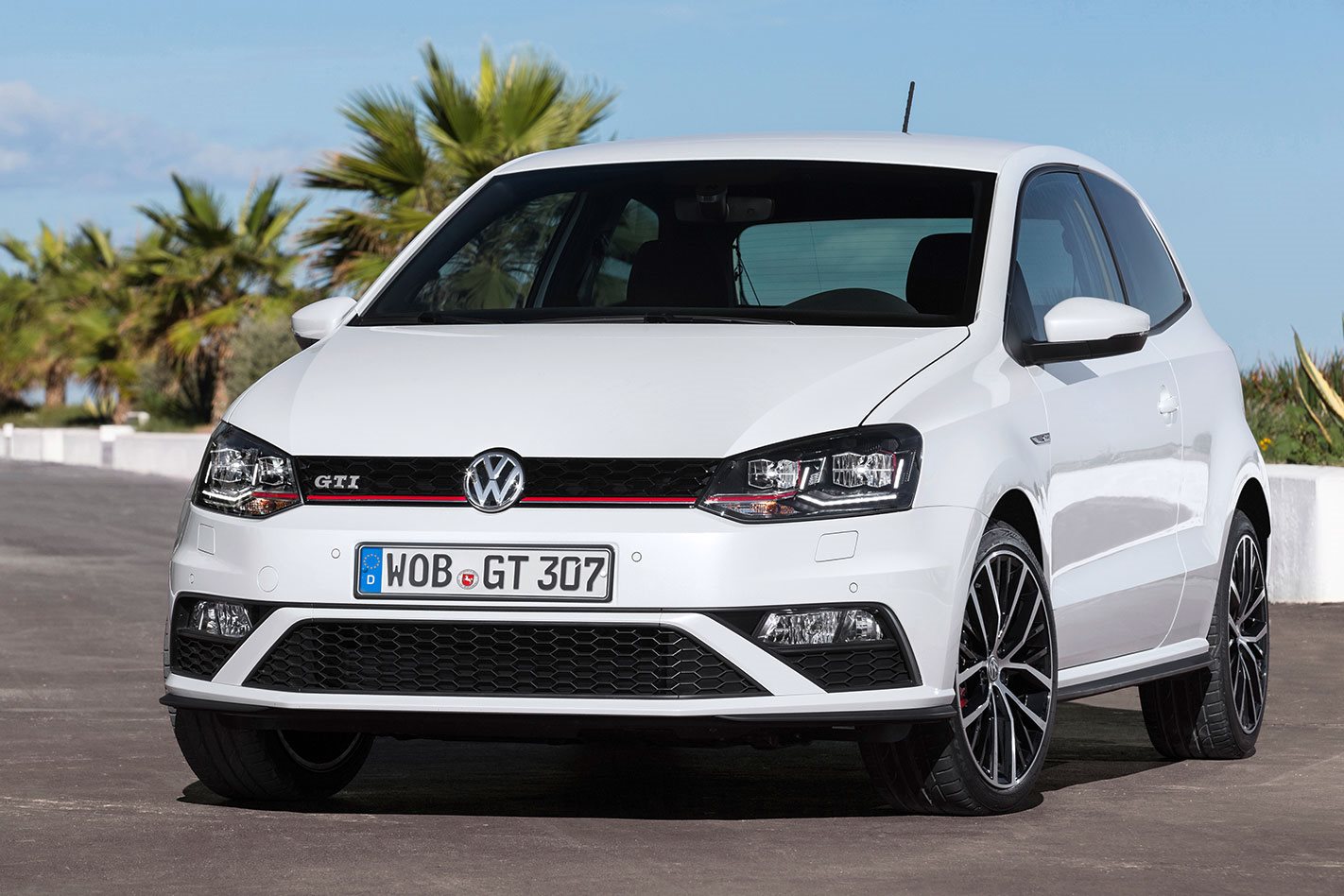 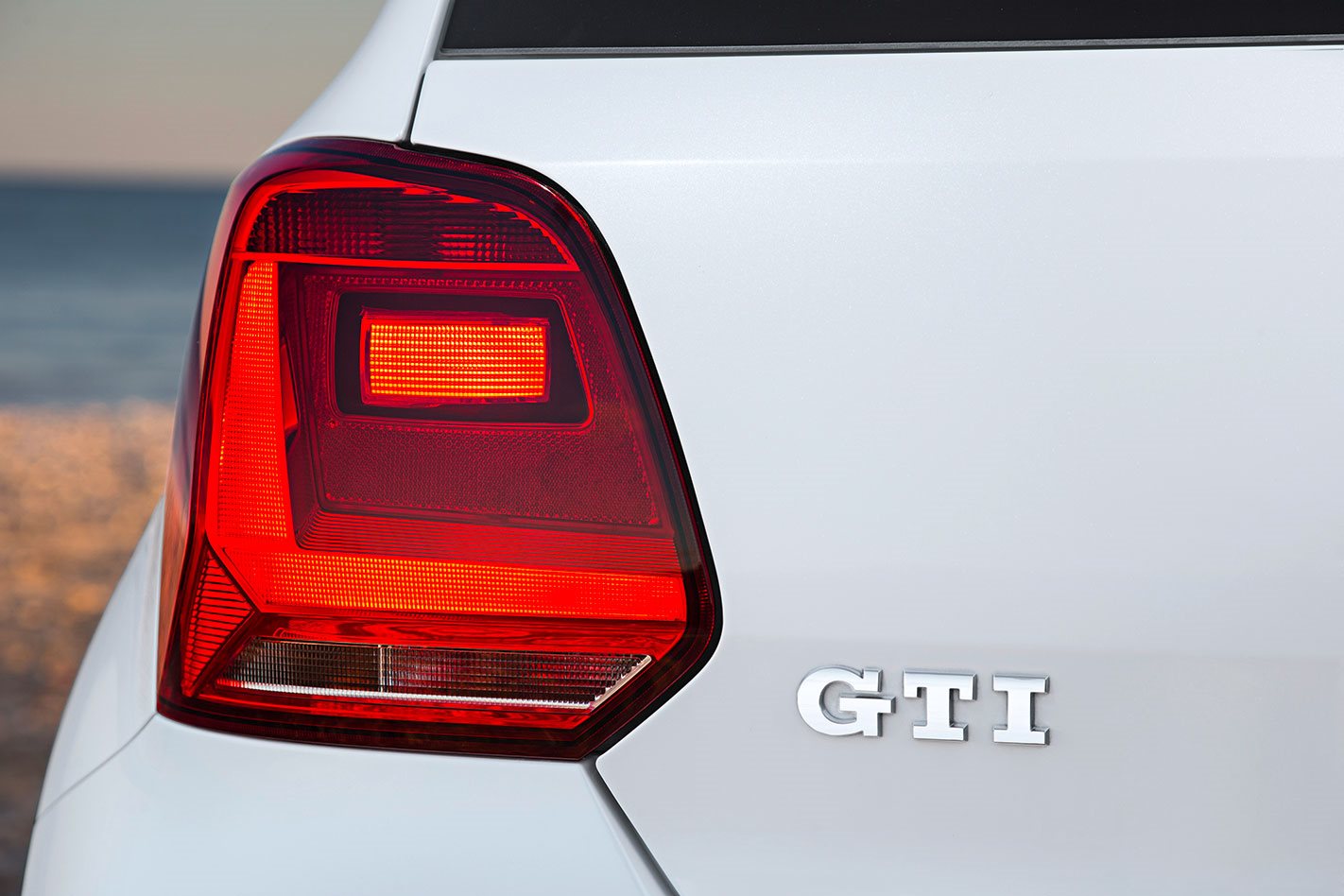 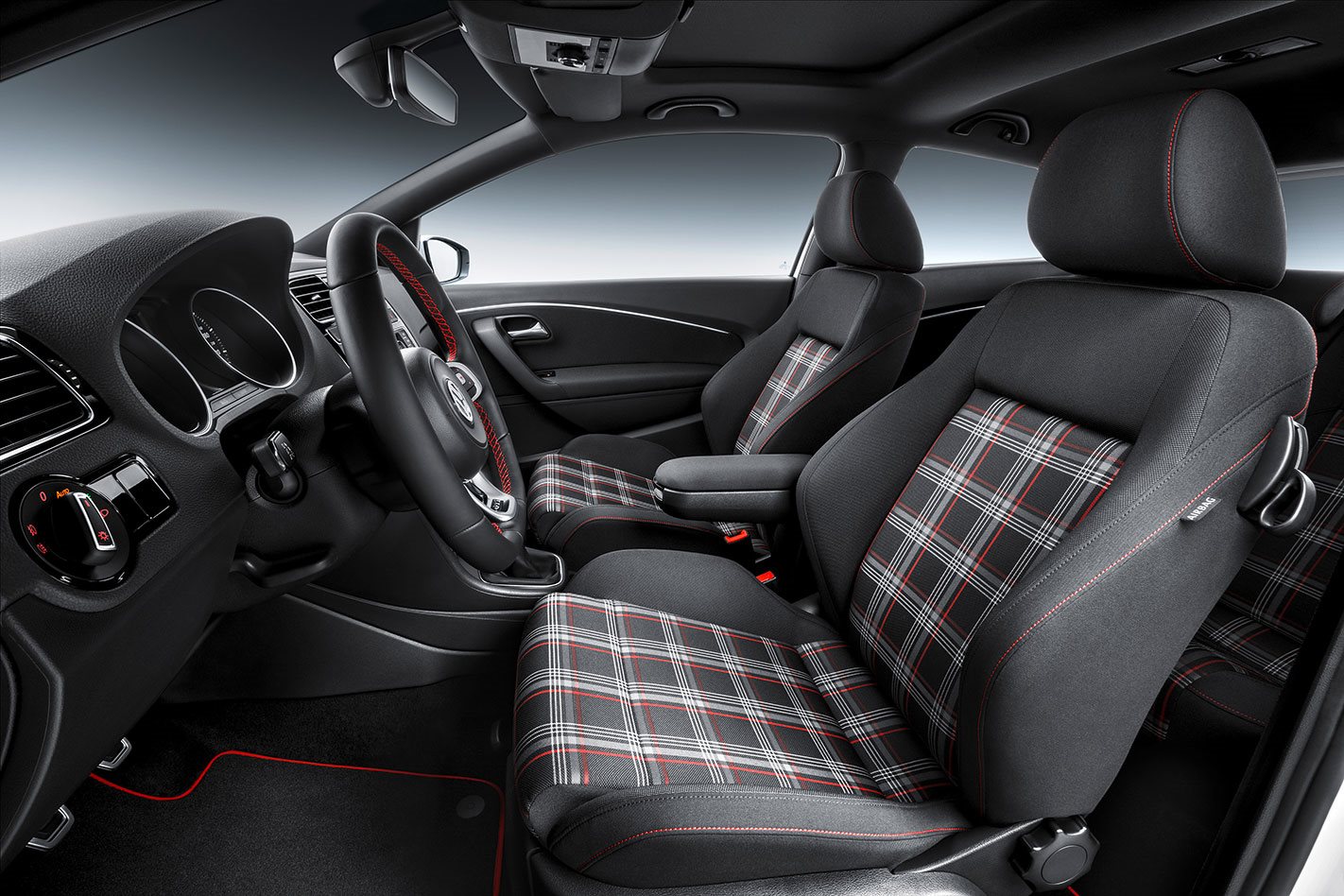 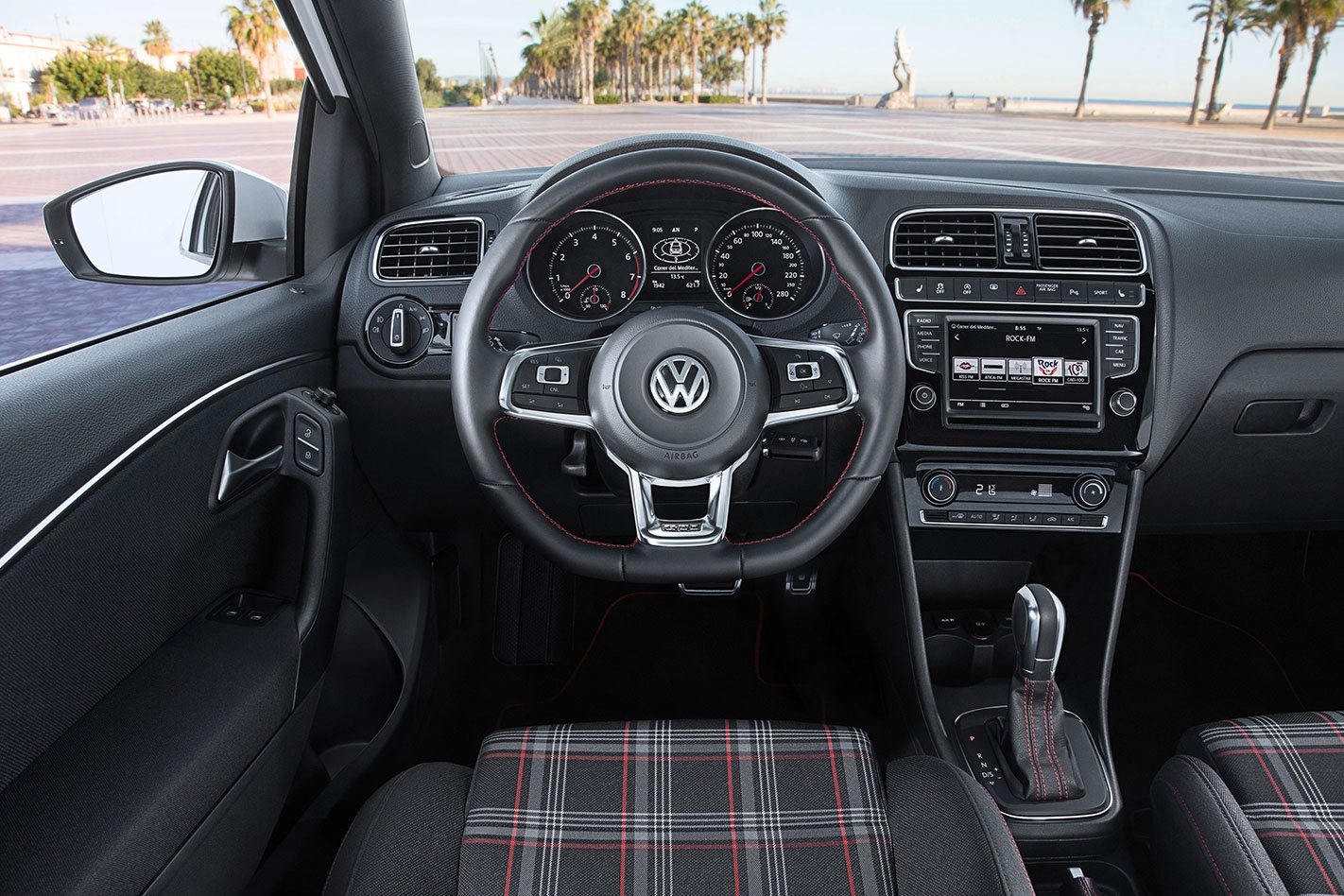 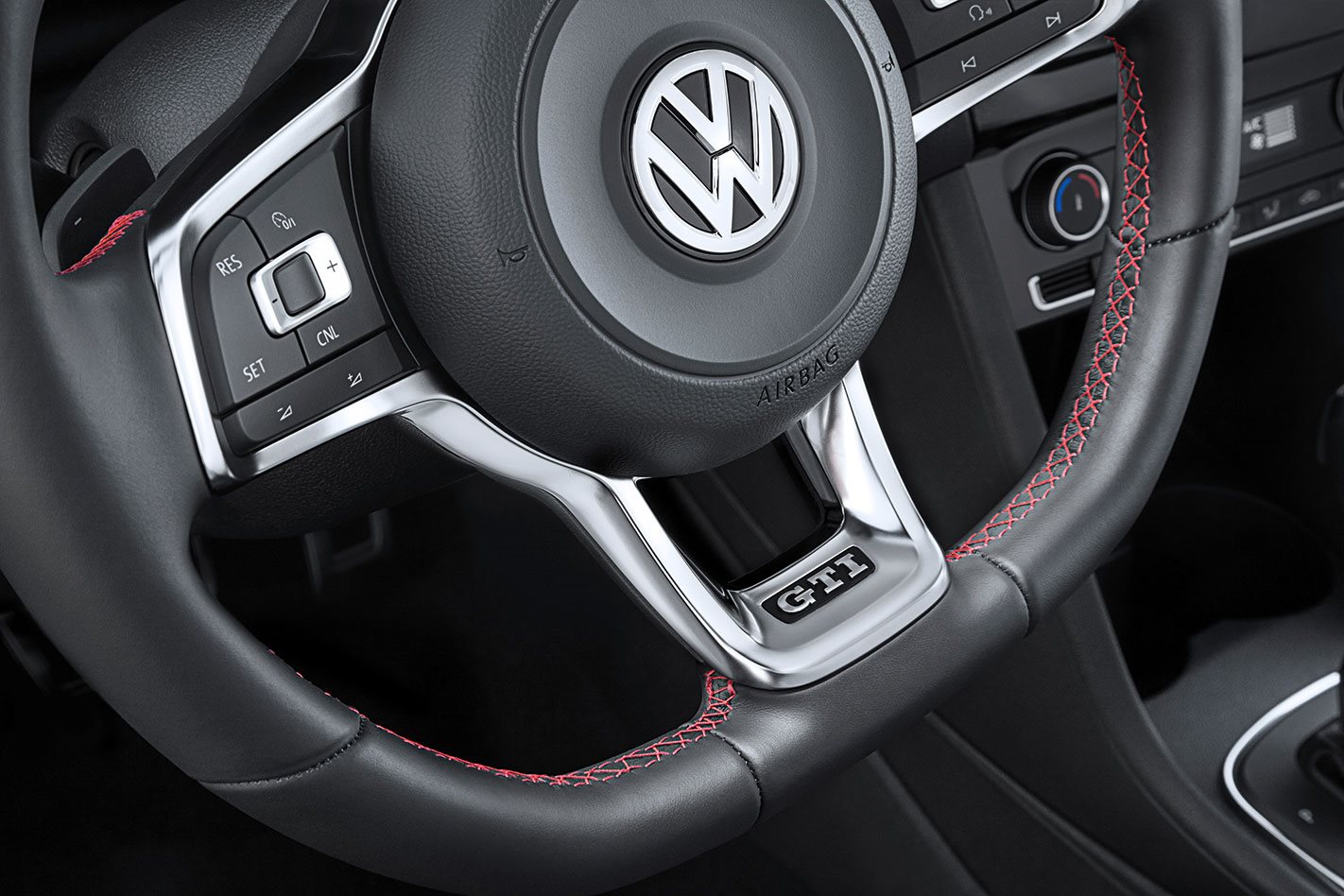