Aston Martin’s GT8 focuses on performance over traditional aesthetics, to produce one of the most viscerally exciting limited-run beasts to roll off their Gaydon factory.

Aston Martin’s GT8 focuses on performance over traditional aesthetics, to produce one of the most viscerally exciting limited-run beasts to roll off their Gaydon factory.

WHAT IS IT?
Probably the final hurrah for the long-lived Aston Martin Vantage; a limited edition inspired by the company’s Vantage GTE racer and carrying a correspondingly chunky price tag. It’s a limited edition of just 150, all of which have already been sold despite having a price tag in Europe that – with all lightweight options added – means it’s more than twice as expensive as a basic Vantage S V8.

WHY WE’RE TESTING IT
To see how close Aston has got to its ambition of creating a car that can fairly be seen as a rival for the Porsche 911 GT3. Although the GT8 is a limited edition, the company has committed to building at least two “specials” a year in future, so there’s no doubt that we’ll be seeing equally hardcore Aston models going forwards. 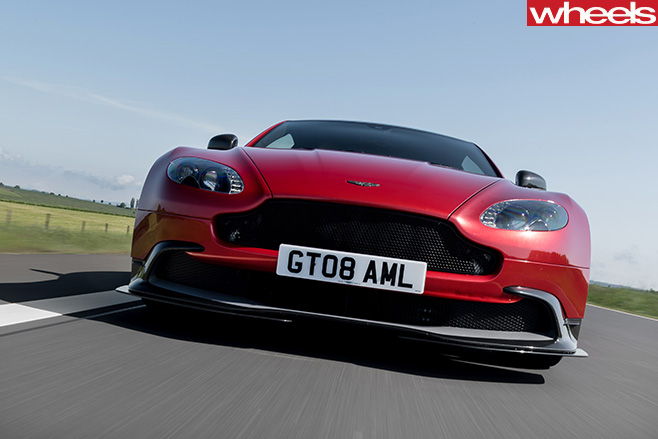 THE WHEELS VERDICT
Astons are traditionally meant to be about both luxury and performance. The GT8 delivers only on the right-hand side of that equation, but does so impressively well. Lightweight materials and a comprehensive chassis retuning make it feel far connected and viscerally exciting than any other Vantage variant – even last year’s V12-powered GT12. What it can’t manage is any of the waft that buyers normally expect from an Aston – it’s hardcore all the way. But the fact the whole limited run sold out within days is proof that there are buyers looking for the brand to produce models this focussed. 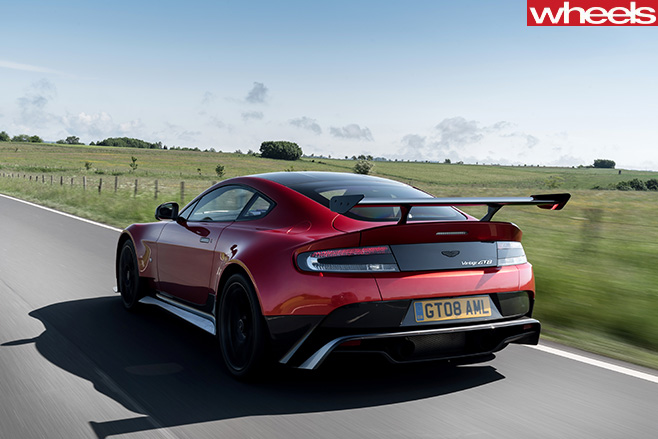 THE WHEELS REVIEW
On paper, it’s easy to feel underwhelmed by the Aston Martin GT8. With all of its lightweight options it costs more than twice as much as a basic Vantage V8 S, and yet the extra investment buys a measly 7kW of extra power – practically a rounding error on the 4.7-litre engine’s 328 kW output.

Yet it’s also proof that engine output is only ever half of a power-to-weight ratio, with an extreme diet making this the lightest road-going Vantage ever produced, and a comprehensive chassis makeover making it one of the most exciting to drive – although with the thrills coming at the expense of the standard car’s impressive refinement. Do all that and the GT8’s kerbweight drops to 1509kg, making it the lightest licence-plate wearing Aston since James Bond was Scottish. 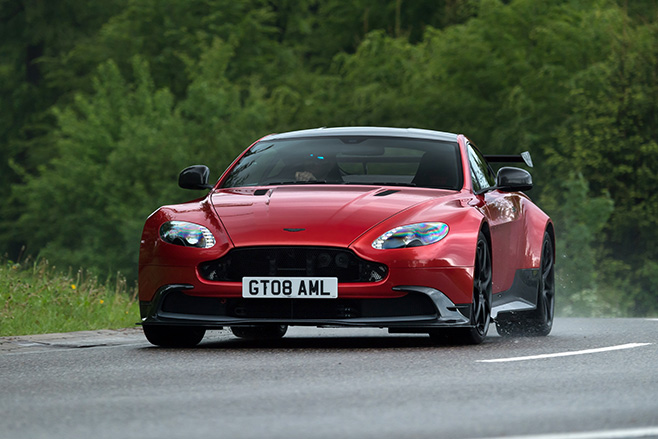 The driving experience is outrageous. Even before moving off it’s clear that the GT8 is something very different from Aston’s usual gentleman’s express, with an exhaust that seems to be practically unsilenced and which projects V8 harmonics that are probably audible from space. Chassis settings include a wider track both front and rear, stiffer springs and anti-roll bars, and a switch from the standard Vantage’s adaptive shockers to motorsport grade passive dampers. 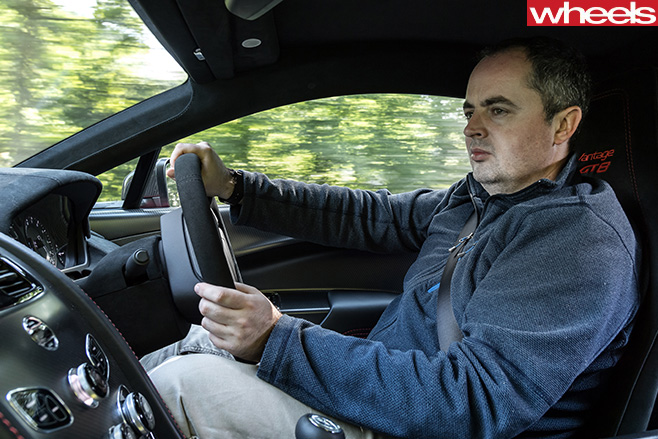 This makes for a very firm ride at lower speeds, but adding either velocity or big loadings wakes the chassis up and reveals it to feel far more planted than any other Vantage with enormous grip from the track-spec Michelin Pilot Sport tyres. It’s strongly reminiscent of the Porsche 911 GT3 RS with similarly towering limits, and yet the sense of being completely dialled into what the car is doing. There’s even aerodynamic downforce – although Aston hasn’t worked out quite how much yet – with the unmistakable sensation of God’s hand pushing downwards as speed increases. On road you can only brush the limits; on track, it should be transcendental.

The sacrifice is refinement. Pretty much all of it. At cruising speeds the cabin is loud enough to require raised voice conversations, and extending the raucous V8 creates the sort of sound and fury that makes any other kind of in-car entertainment entirely superfluous. If you’re looking for an Aston for undercover espionage work, this definitely isn’t it. 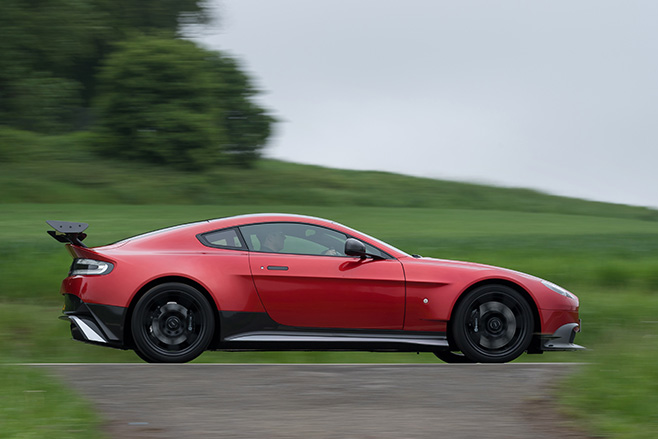 Just 150 GT8s will be produced and – chunky pricetag notwithstanding – all have already been sold. But with Aston committed to producing at least two limited volume special editions a year there’s no doubt that something equally outrageous will follow it, and we’re told that there will almost certainly be another Vantage derivative before sales of this generation end next year. We’ll find out what the company can do with the twin-turbocharged AMG V8 shortly afterwards.