It’s that time of the model cycle again.

Three years have passed since Audi first shoved a five-pot into its cut-size SUV, gifting us the RS Q3, and to celebrate it’s released a ‘performance’ version.

However, while it’s copped a light basting of power, the new name isn’t entirely representative of this car’s point. It replaces the standard RS Q3 and scores extra equipment to help freshen its appeal.

On that note Audi’s swapped in the RS3 Sportback’s engine, which upgrades its fuel pump and radiator’s cooling capacity, so it now fires 270kW and 465Nm through its seven-speed quattro drivetrain. 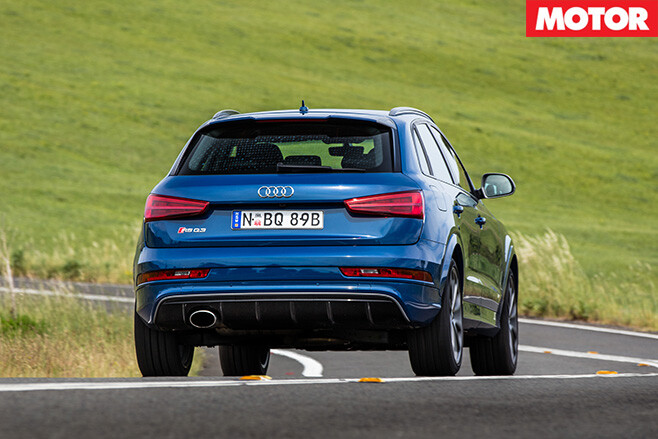 There’s no doubting the mini-crossover will come close to that claim, its Haldex-managed all-wheel drive system simply claws into tarmac and throws the car up the road.

You’ll need $140K in a Porsche showroom to match that sort of off-line pace, however this RS isn’t going after the finest from Stuttgart.

Merc-AMG’s GLA 45 is its clearest rival and matches the Audi in the sprint to triple figures. But what AMG’s soft roader won’t manage is the same loveable warcry as the Q3’s 2.5-litre inline turbo five. 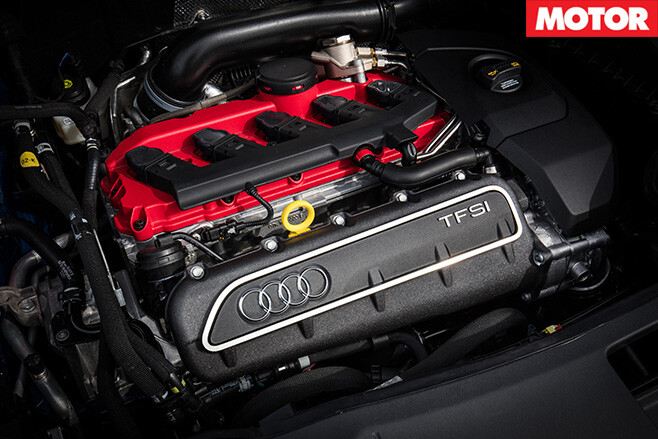 It’s a little muffled compared to other five-cylinder RSs, with only a single tailpipe, but it’s music you won't tire of.

Audi’s left alone its strut-front, multi-link rear chassis, so dynamic-wise there wasn't much revealed during its launch in Victoria.

Wet blacktop doesn’t phase its 255mm-wide Pirellis, the carried over front eight-piston calipers are still brilliant, it sits flat, and holds the road like a frightened possum does a gumtree.

However, even with an aluminium tailgate and bonnet, the super-Q3 lugs around 155kg more than a hatch variant, and wears it in corners. The front end, anchored by that 183kg engine, feels a little inert. While that high seating position makes it hard to find a decent position for attacking.

However, sales have revealed these perched pews are more the point. Audi’s sold 376 units since launch, well ahead of the 100-a-year predicted, a local appetite for SUVs and sports models intersecting perfectly with the RS Q3.

We don’t doubt the success will continue, as the performance’s $2316 price hike (now at $84,216) represents quite decent value with the added sting and kit.

Gone are the old 19-inch wheels. The performance rides exclusively on 20-inchers that match a matte-titanium finish to the car’s wing mirrors, roof rails, window frames, grille, and spoiler. Unfortunately, a rear load-through centre armrest is locked into the most expensive options package, priced at $4490.

Compared to the car it replaces the RS Q3 performance delivers better value and thrills, and serves its niche remarkably well.

From a larger standpoint, though, we still don’t fully believe in the performance-offroad mini-SUV thing, and wait for a little more convincing.