WHAT IS IT?
BMW’s second attempt at a plug-in hybrid 3 Series, executed with development knowhow from halo electrified vehicles BMW i3 and i8.

WHY WE’RE TESTING IT
BMW says the 330e is relevant to Aussie buyers because its 30km real-world electric range is enough to get the majority of people to work and back emission free.

THE WHEELS VERDICT
The 330e is a polished yet unflashy hybrid that useably integrates the fuel saving and performance benefits of electricity with a practical level of compromise on the accomplished 3 Series package. 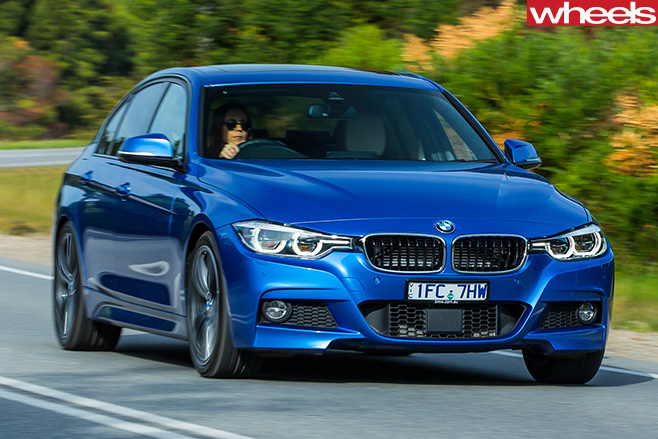 THE WHEELS REVIEW
It wasn’t so long ago that buying an electrified car was a big statement. They were cars for progressive thinkers and Hollywood celebs to flaunt. The BMW 330e plug-in hybrid is the opposite of that. Forget the futuristic-looking vehicles early adopters wanted. The 330e is as attention-seeking as agoraphobia.

BMW has made a very deliberate decision to downplay the 330e’s eco status. The company already makes an excellent electric car for green planet ambassadors – the i3. Where that car sends a signal to neighbours and friends about environmentally-conscious decision making, the 330e is all about accessibility. It’s as concerned with saving you money as it is about saving the world. 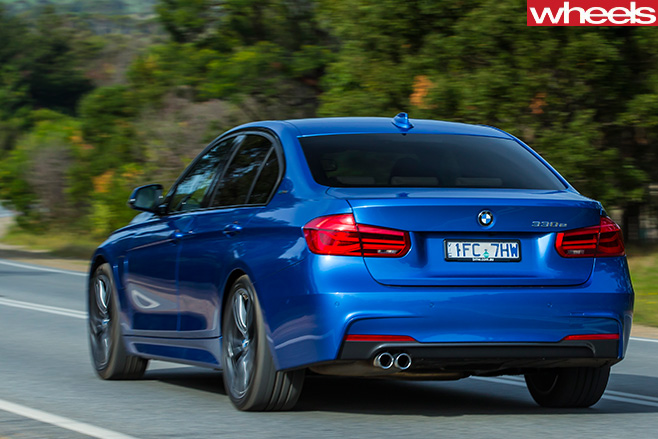 It’s a very different exercise to the performance-focused ActiveHybrid 3 Series from 2012. That car carried a six-figure price tag and bridged the gap between the 335i and BMW M3. The more conservative 330e costs $71,900 – $2000 more than the 330i, which it matches for equipment and trim.

The payoff for that $2000 premium is frugal combined fuel consumption of 2.1L/100km. If short trips account for the majority of your driving, that figure could be less.

According to BMW research, Australians have an average one-way commute of 15.6km, and 50% of us drive less than 10kms from home to work. The company carried out “realistic” testing and claims the 330e has real-world pure electric range of around 28-30kms, down on the official European figure of 37km.

Theoretically, the 330e could get most Aussies to work and back every week without using a drop of petrol. Plug in each night and it takes around three hours and 15 minutes for a full charge using a conventional domestic socket. If that’s not fast enough, BMW will sell you a wall box for $1750 that drops the charging time to two hours and 15 minutes. 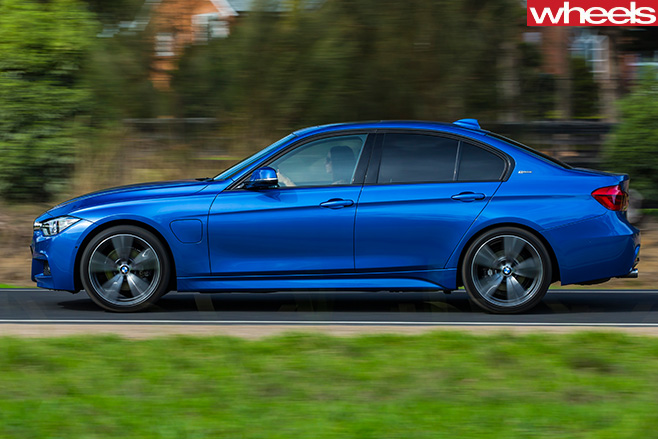 If you’ve opted for a supply of green energy to your home, BMW says each charge costs about $2 in electricity.

The 330e is the third most powerful plug-in hybrid on sale, behind BMWs X5 40e and i8. Its electric torque is available instantly, and there is plenty of it. It sprints from rest to 100km/h in 6.1 seconds. So, it’s brisk when you want it to be, and manages to be engaging to drive when you don’t.

Eking out every last metre of electric range and working the regenerative braking to gather more charge is strangely fun. The 330e, and hybrids like it, add a layer of involvement other cars don’t have. A display on the dash shows you where your energy is going in real-time. It’s almost like a video game.

Even when showing zero electric range on the dash, the 330e leaves a standstill under electric power. In this scenario the transition from electricity to internal combustion is nigh seamless, making the 330e’s stop/start system one of the easiest to tolerate. 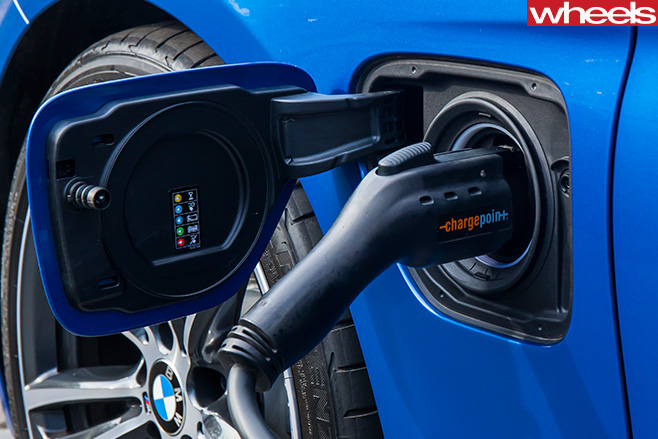 Having a hybrid battery cell in the boot of the 330e does introduce downsides. The 330e weighs 165kg more than the 330i. 80kg of that is the battery, its position above the rear axle tipping the once perfect weight distribution to 48:52 in favour of the rear. That mightn’t sound like much, but driving with the equivalent of three full suitcases in the boot does unsettle the otherwise imperious body control of the 3 Series.

The location of the cells drops cargo capacity by 110L to 370L and prevents fitment of adaptive dampers found in other 3 Series models. BMW’s engineers have put effort into reworking the suspension tune to compensate for this, and the added mass.

The resulting ride is a good compromise. It favours comfort over performance, but the inherent dynamic proficiency of the 3 Series is still felt when pressing into corners. It doesn’t wallow or lean too heavily on the outside wheels, and in its natural habitat of suburban streets and city lanes it capably manages speedbumps and scarred roads.

Comfort is the over-arching sensation the 330e conveys. It is serenely quiet. Not only because of the near-silent electric propulsion, but extra sound insulation makes up part of the 330e’s weight gain. Hard, run-flat tyres are the only thing working against the 330e’s desire to cosset. 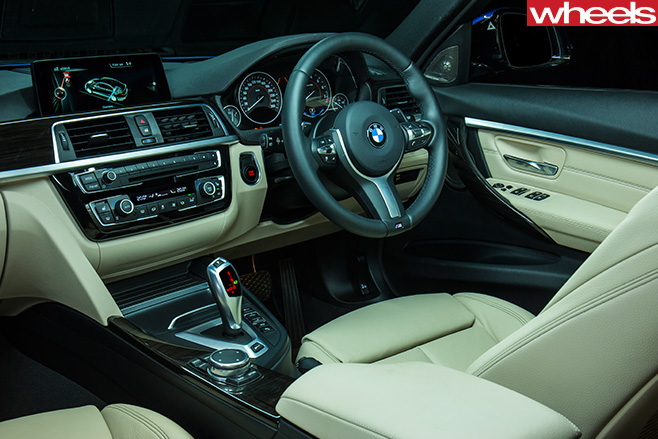 From the outside the 330e is largely indistinguishable from a regular BMW 3 Series. Subtle badging and a flap concealing the plug-in charging port behind the front left wheel are the only visual cues. It’s a handsome car in Luxury or Sport guise. An optional M Sport kit drops ride height by 10mm and ups kerb appeal with M-branded flourishes.

It costs roughly the same amount to buy a 330i with the heated seat option pack ticked as it does to buy the 330e. It’s a compelling offering. Anybody deterred by the added complexity need not worry about purity of product. The hybrid integration is almost undetectable. Clearly the magicians of ‘elec-trickery’ at BMW’s i division have learned from the development of i3 and i8.

The BMW 330e prefers to get on with things away from the spotlight. What was formerly sci-fi tech has trickled down to the masses. Not all hybrids are the flag-bearing crusaders we once knew them to be, and that’s just fine.

Welcome to the new 'e'

It was 1987 the last time BMW placed an ‘e’ badge on the back of a 3 Series. The E30 325e had nothing to do with electricity. Its ‘e’ represented ‘eta’, a Greek symbol denoting efficiency. The 325e – and 525e of the same era – used a lazy 2.7L straight six with a 4,800rpm redline. A tall final drive ratio meant low freeway revs and better economy. It was slightly torquier than the 2.5L 325i, but made 35kW less and was viewed unfavourably.