MOST people looking at a base-model X1 would be first-time BMW owners. What should they expect from the brand’s first front-drive crossover?

WHAT IS IT?
The second-generation X1 is the first SUV off the BMW Group’s UKL transverse architecture, meaning front-drive (sDrive) or all-wheel drive (xDrive). We’ve already tested the latter, but the former in base 18d and 20i are expected to be the volume sellers against Audi’s popular Q3.

WHY WE'RE TESTING IT
Can a front-drive BMW SUV feel and drive like a BMW should? To find out, we’ve sampled both base variants, the sDrive18d (diesel) and sDrive20i (petrol). These are expected to be the most popular, taking on the big-selling Audi Q3. If BMW can get these bread and butter crossovers right, then the front-drive naysayers ought to be silenced once and for all. 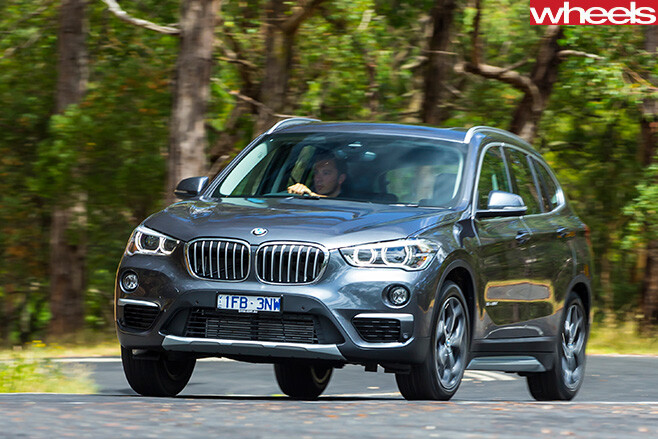 THE WHEELS VERDICT
Let’s cut to the chase. BMW’s first transverse-engined SUV makes for a convincing on-brand experience, with very little within the vehicle giving away the fact that it isn’t a rear-drive based model like the flawed previous-generation X1 was. By tailoring a body on an architecture designed to be a crossover, the second-gen F48 looks, feels, and pretty much drives like you’d expect of something from the Bavarian car maker. That also extends to the downsides, by the way, like a hard ride and expensive options. But the point is, even in base sDrive guise, the latest X1 is pure BMW. And that should be more than enough for most buyers.

THE WHEELS REVIEW
PURISTS may bemoan BMW’s newfound fascination with front-wheel drive, but a stint in the cheapest X1s – the fresh sDrive18d diesel and its petrol-powered sDrive20i sibling – suggests we’re way better off because of it.

Blame the original X1. Launched in 2010, and based on the 2005 E91 3 Series Touring, it was a weirdly proportioned and angry-faced wagonoid with oddly unsatisfying packaging. Or, in other words, the company’s attempt to BMW-ify the compact SUV was as compromised as the cruddy ride.

Clearly, Munich’s brains trust knew it too, because in every vital way, the second-gen outshines the first. Less lengthy yet taller outside, bigger and airier inside, there’s space to move at last. A regular BMW dash layout and ambience, commanding driving position, deep side windows, and the flexibility of a sliding rear bench to boost an already usefully bigger cargo area, all tick the correct crossover boxes. And that it no longer looks like Drizella besides the X5’s Cinderella – take a bow, Aussie designer Calvin Luk – is literally a sight for sore eyes. 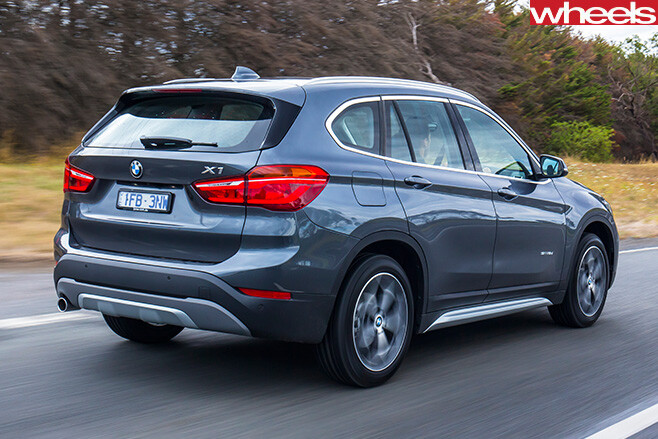 Anyway, 70 percent of X1 buyers will be BMW virgins. And if they’re moving up from more pedestrian fodder, they will likely revel in the energetic performance available from each of the 80kg lighter front-drivers. The 141kW/280Nm 20i is terrifically sweet and lively, while the 110kW/330Nm 18d feels forceful yet refined. Both bring light yet flowing handling, and reassuring roadholding. It takes some determination to induce the inevitable understeer in these SUVs. With such an athletic vibe, the sDrive duo are actually pretty on-brand. Go figure…

Also on-brand, on the other hand, is the at-times unyielding ride on the standard suspension. Wearing (at times quite noisy) 225/50R18s, the MacPherson strut-front and multi-link rear set-up seems sufficiently absorbent on smooth stuff, but wilts when the going gets rough. Luckily, for about $900 you can order adaptive dampers, to more effectively cush your tush.

Equipment wise, the base cars might surprise cynics, with a powered tailgate, LED headlights, auto self parking, satellite navigation, a reversing camera, front and rear sensors, Lane Departure Warning, Forward Collision Warning, and Pedestrian Warning with light city braking function all included. The charmless vinyl trim needs to go, though. Luckily, there are endless options to lift things up if pockets are deep enough.

Which, of course, all add up to the quintessential modern BMW experience. Front-wheel drive the X1 sDrive may be, but it’s also as true to the brand as today’s 3 Series. Tradition be damned!