The Ferrari 488 Spider gets all the good stuff from the GTB coupe - including a new turbocharged V8 - but adds a retractable hardtop that stows in 14 seconds. Can it be as good to drive?

The Ferrari 488 Spider gets all the good stuff from the GTB coupe - including a new turbocharged V8 - but adds a retractable hardtop that stows in 14 seconds. Can it be as good to drive?

WHAT IS IT?
The Ferrari 488 Spider is a mid-engined V8 convertible supercar. Its engine might be related to that in the California T - Ferrari's other retractable hardtop - but the Spider is an altogether more focussed proposition, if just as suited to top-down cruising.

WHY WE'RE TESTING IT
The Ferrari 458 Spider (this car’s predecessor) was seriously impressive, if never quite as rewarding to drive as the 458 Italia coupe – blame a loss of rigidity due to the roof chop. Ferrari says substantial structural revisions for the 488 Spider remedy that wobbly shortfall. 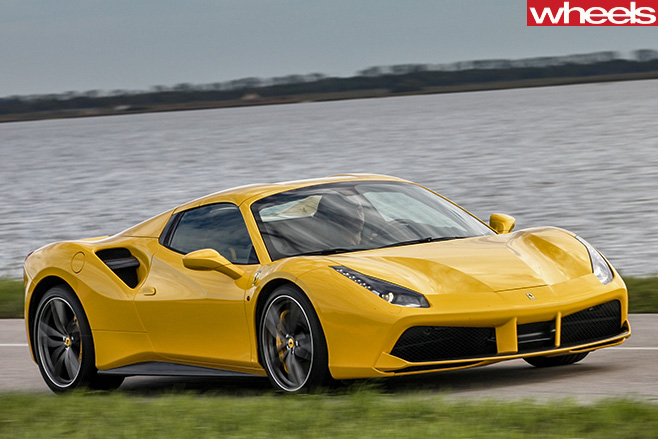 THE WHEELS VERDICT
Roof up, the 488 Spider delivers just as much driving excitement as the 488 GTB; roof down, it takes things to a whole new level. 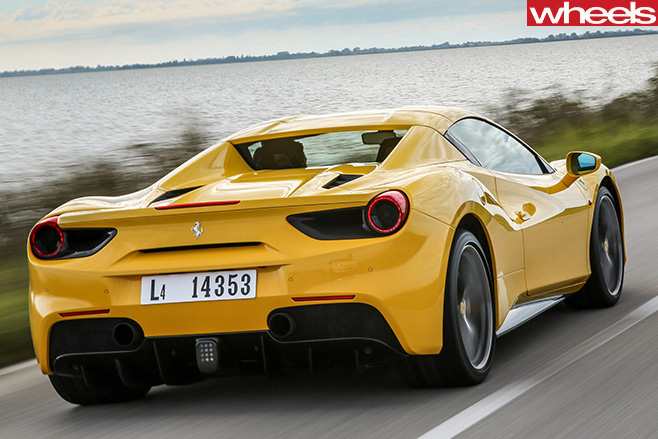 THE WHEELS REVIEW
WE FEARED we had hit peak Ferrari with 2013’s 458 Speciale, swansong for the amazing 4.5-litre atmo V8. We needn't have worried. The new twin-turbo V8 has lag-free response, a mid-range like a 50-metre wave, and a soundtrack F1 fans would kill for. It is the world’s best turbo engine, no question, and that noise is even more essential when it comes to the 488 Spider, because you're exposed to so much more of it.

Like that on 2012’s 458 Spider, the 488 Spider’s two-piece retractable hardtop folds beneath a neat rear deck that doubles as roll-over protection, takes around 14 seconds to stow, retains the same mechanism and adds 50kg. This time, though, an uprated pump means the mechanism works at up to 45kph; you have to pull over in Ferrari’s other retractable hardtop, the California T. 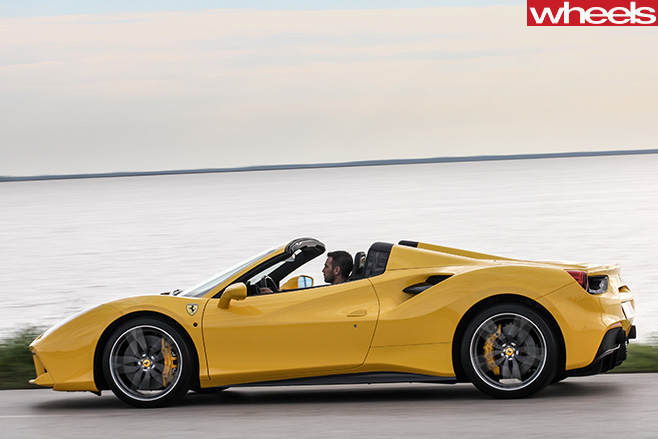 Roof down, you can talk to your partner in a pocket of calm while speed and noise swirl around you. Roof up, levels of refinement are as impressive as in the coupe. Or have the best of both worlds, thanks to the small vertical screen behind the seats. Press a button to lower it and the sound of that intoxicating V8 floods in: gruff and growly down low, it builds to a high-pitched wail towards 8000rpm that'd turn Seb and Kimi green with envy.

You could always feel a little more shimmy through the 458 Spider’s structure than the 458 Italia’s, and back then Ferrari didn’t have a McLaren 650S Spider to fret over, a rival whose carbon MonoCell doesn’t suffer any loss of rigidity when you remove the roof. Hence the 488 Spider’s body is beefed with an additional vertical aluminium panel by the front axle, and a horizontal one at the rear. Ferrari claims a 20% increase in torsional stiffness. Feels like a big improvement too. Only on cratered road surfaces – and when driving topless – do little tremors sneak up the steering column. Close the roof and they vanish. 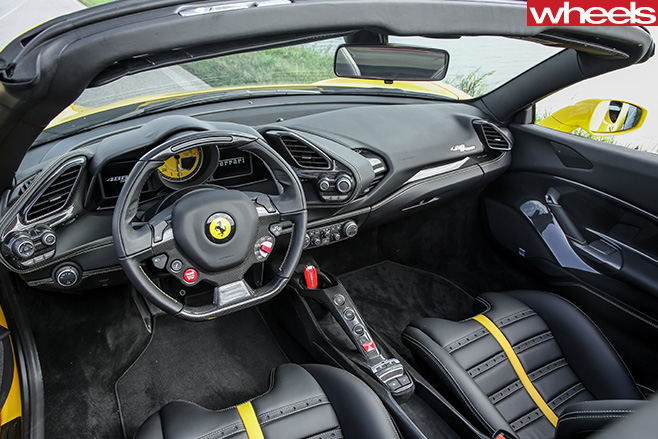 Wind the Spider up and it handles just as deftly as the coupe. Super-quick steering pivots the nose into curves like Tarzan on a vine, the body balances bump absorption with rock-solid control, and all the while you revel in the same playful balance that defined every 458. Tip the steering into a hairpin, squeeze the throttle, feel the E-diff tighten, and you rocket up the road, either with tyres on fire or with Side-Slip Angle Control managing traction like you’re a pro, seven-speed dual-clutcher firing up the (longer) ratios like a needle briefly skipping off a record.

Ferrari says Spider and GTB buyers are quite different – Spider owners cover more miles, often with a partner, and drive less aggressively – yet the choice says more about them than it does about the tangible differences between the cars. Both models are great drives, it's just that one immerses you even deeper in a mind-blowing experience. 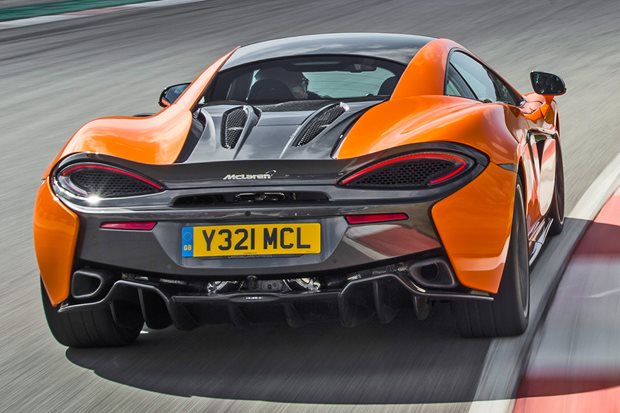 McLaren retains the form factor but shrinks the price, sending its 570S Coupe in to bat against the likes of the Porsche 911 Turbo, the Audi R8 and the Aston Martin Vantage 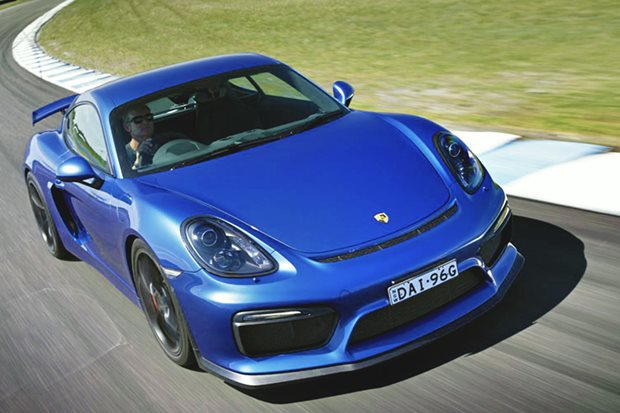 Some breathless laps at the Phillip Island circuit in Victoria suggest that the 283kW GT4 – the first Cayman worked over by Porsche’s motorsport division – will be every bit as...