Good looking and incredibly fast, there's a real and unexpected charm to the Targa

In its early forms the 911 Targa was a fashion statement, its slim silver roll hoop and removable roof compensating for a slight loss in sports car precision with a hefty helping of extra style.

From the 993 series on, however, it essentially became a 911 with a giant sunroof, a halfway house between coupe and convertible. To be honest, we never really saw the point.

For the 991 version, however, the glamour returned, the brushed-alloy roll bar cresting the Targa’s crown like the hair ribbon of a 1950s movie starlet. Thankfully this retro design cue has made the transition to the facelifted 991.2, identified by new head- and tail-lights and a redesigned rear lid with vertical louvres. Combined with the wide-body all-wheel drive bodyshell, to these eyes the Targa looks sensational, though possibly an acquired taste. 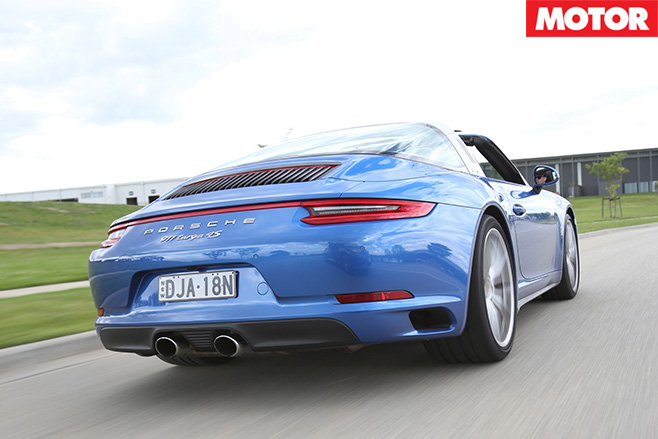 The cloth roof stows electronically in an elegant mechanical manoeuvre, though it takes 25 seconds to do so and can’t be operated on the move. It’s an amazing feat of engineering, but unfortunately it does have a couple of negative side effects. First, the reduced body rigidity introduces a degree of body shimmer over nasty bumps, something exacerbated by the Targa’s stiff-legged ride.

Smooth surfaces pose no difficulties, but for a car without the sporting pretensions of a Carrera we’d prefer the Targa’s current Normal setting be rebranded Sport and a softer, more comfort-oriented setting to be available for day-to-day use. Yes, this is a Porsche, but it’s difficult to imagine a road scenario where you’d need the stiffer suspension setting, partly because body control is already so good in Normal.

Secondly, the roof mechanism adds another 80kg over the rear of the already bum-heavy 911, which means the Targa really requires a certain technique to extract the best from it. Just like 911s of old, pick up the throttle too early in a turn and the unloaded front tyres will easily push wide. Rotate the car sufficiently, however, something made easier by the clever all-wheel steering, use the 911’s inherent traction – boosted further by standard all-wheel drive – and you’re fired out of corners like a rocket. 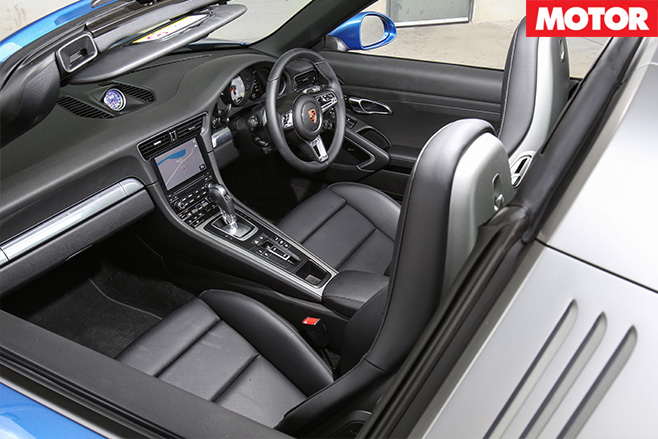 Like all 991.2 911s, the Targa range is now fitted with a 3.0-litre twin-turbo flat-six, producing 272kW/450Nm in the regular Targa 4 and 309kW/500Nm in our 911 targa 4S test car. In regards to the Carrera we’re still on the fence as to whether the extra pace of the new turbo engine compensates for the high-rpm scream of the old atmo 3.8, but boost has undoubtedly improved the Targa.

The massive increase in mid-range torque renders the weight increase largely irrelevant – 0-100km/h is a claimed 4.0sec with PDK and Sport Chrono – and the less frenetic power delivery feels to suit the Targa’s more relaxed modus operandi. The new engine doesn’t sound as raw as the old but possesses a personality all of its own, its rich flat-six howl overlaid with audible chirps and whistles from the turbos.

Opening the roof makes this unique soundtrack even more accessible, however there is a fair amount of wind intrusion, especially for those in the rear. Given the tiny pews are really only suitable for small children expect complaints, though perhaps they’ll be drowned out by the wind. The rest of the 991.2 911 cabin is short on glitz and high on quality and functionality, with the new smartphone-like PSM infotainment system one of the best we've used. 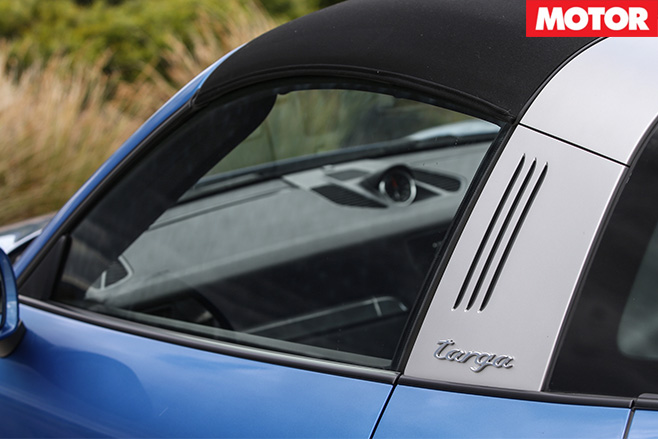 At $290,200 ($316,880 as-tested), the Targa 4S will appeal to a very small number of well-heeled enthusiasts. It might be GT3 money, but realistically buyers will be cross-shopping the likes of the BMW M6 Convertible or Maserati GranCabrio, neither of which could hold a candle to the 911 in performance terms, though AMG’s forthcoming GT Roadster may be a different story.

With the GT3 gone (for the moment), MOTOR’s 911 of choice would be a base Carrera, however there’s a real and unexpected charm to the Targa. It looks great, is incredibly fast and while it isn’t quite as sharp as the hardtop, it’s still more than capable of thrilling on a challenging bit of road. It’s quite the fashion statement. 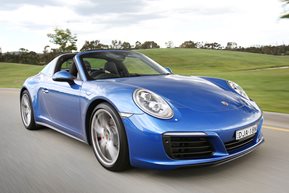