Volkswagen has smartened up its genre-creating Transporter range, with better diesels and updated cabins. But the competition has also improved lately.

WHAT IS IT?
The Volkswagen T6 range of Transporter vans and cab chassis commercial vehicles, as well as the 6/7-seater Multivan and nine-seater Caravelle people movers, have long been at the pointy end of their segments, offering leading safety, practicality, and quality. But is a thorough overhaul rather than complete redesign enough?

WHY WE'RE TESTING IT
The Volkswagen T5 Transporter, Multivan and Caravelle have long been leaders in their respective van/cab-chassis and people mover markets. Instead of pushing out the bar with the T6, Wolfsburg has elected to facelift the old favourites. Can they still match their increasingly strong competitors? 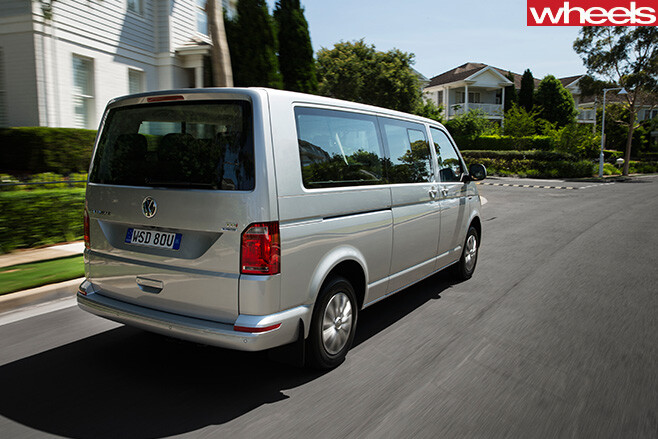 THE WHEELS VERDICT
AN all-new range of Volkswagen commercial vehicles comes but once every decade-and-a-bit – so why are we stuck with a new T6 Transporter range based heavily on the 2004-vintage T5? Except for the slightly more car-like dashboard and cabin trim, the gains over the first, 2010-vintage, GP facelift are incremental at best across the board, while newer-generation rivals such as the Ford Transit and even the Renault Trafic (also an overhaul of a mid-2000s design) show how car-like a commercial vehicle can be to drive. The T6s are still near the top of their class in many respects, but the competition is upon them.

PLUS: Engine refinement, torquey Biturbo, improved safety, some lower prices, broad range
MINUS: Dated and van-like to drive, still no Audi inside, near invisible facelift 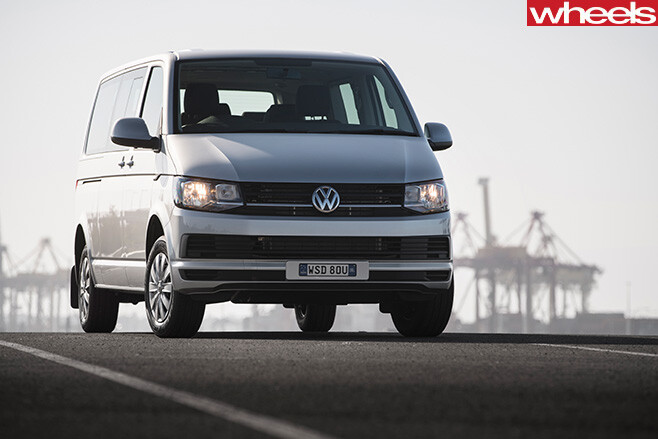 THE WHEELS REVIEW
VOLKSWAGEN launched its new T6 Transporter range just before Star Wars: The Force Awakens (also known as Christmas 2015) struck - and by George, the similarities are striking.

Like the film, the T6 comes from an at-times innovative, genre-creating, era-defining, and also occasionally dull but always high-quality franchise with a fierce fan base.

Striking back against the resurging Ford Transit, Renault Trafic and Mercedes Vito rebel forces, are the reskinned T6’s refreshed nose and tail-light treatments, lower pricing, improved dashboard, and optional driver-assist tech. Between three lengths and heights of van (including a five-seat Crewvan wagon), single and dual cab chassis, and 6/7/9-seater people-mover combos, there are 26 models and counting. Behind the shiny baubles you’ll find a trio of 2010-era 2.0-litre turbo-diesel powertrains (103kW TDI340, 132kW TDI400, and 150kW TDI450 Biturbo, in six-speed manual or seven-speed DSG guises). All shift smoothly, pull promptly, and offer up to 0.5L/100km less fuel consumption, aided by stop-start tech. They are bolted to the 2004 T5 architecture, featuring struts up front and a semi-trailing arm rear, which brings breezy steering that’s tight and handling that’s surprisingly surefooted, even if the ride errs on the hard side.

But here’s the rub. While such traits put the original T5 in a distant galaxy, far, far ahead of rivals a dozen years ago or so, nowadays they’re rudimentary – especially against the terrifically dynamic Transit – except on the expensive models offering blind-spot monitoring, adaptive cruise control, and AEB safety. The ’60s hippy Kombi’s descendants are now just like the clones they’re attacking.

Why The Emperor’s New Clothes rehash? VW reckons retaining the T5 dimensions means current owners can swap over existing fit-outs, saving big bucks. A true tale too this is, as Yoda might say. Van capacities range from 5.8 to 9.3 square metres, payloads vary from 1014-1236kg, and the towing max is 3000kg. 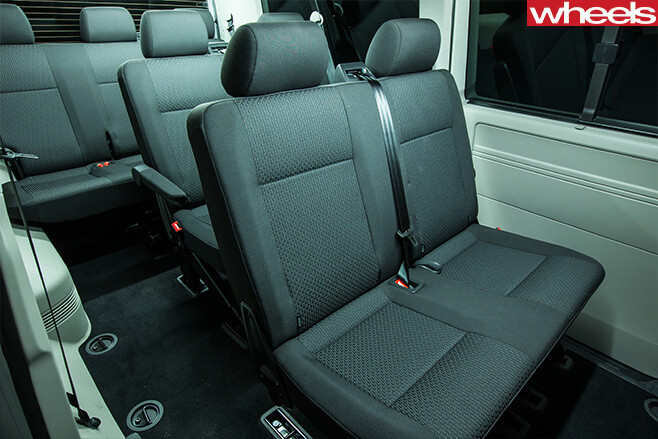