Audi has added a new three-cylinder entry point to its A3 family, and don’t let its base model positioning fool you – it’s more premium than you’d expect.

Audi has added a new three-cylinder entry point to its A3 family, and don’t let its base model positioning fool you – it’s more premium than you’d expect.

WHAT IS IT?
The price of entry to Audi’s A3 range has fallen, with the German automaker’s Australian arm adding a new $35,900 1.0-litre three-cylinder model to the bottom of the range – a reduction of $600 over the previous base model Audi A3 1.4 TFSI.

At the same time Audi has plumped up the standard equipment list, with automatic emergency braking and driver fatigue monitoring now fitted to all A3 models – including the base 1.0 TFSI.

But with just three cylinders, 85kW and 200Nm of torque, does Audi’s new three-pot hatchback have what it takes to satisfy luxury buyers? 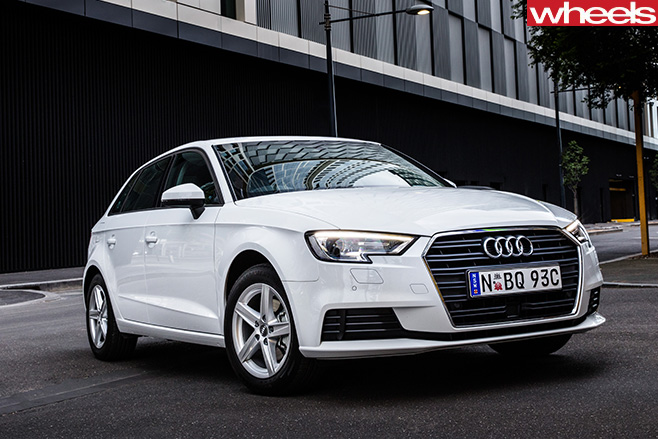 THE WHEELS VERDICT
Audi’sA3 Sportback has always been a sharp offering, and lopping off a cylinder hasn’t dulled that reputation. It may not overpower you with raw performance, but it’s not likely to prove underwhelming either – its healthy midrange torque means driveability in most conditions is still more than adequate.

And unlike some rivals in the lower end of the luxury segment, it doesn’t feel wanting for features either.

THE WHEELS REVIEW
From the outside, the update is mild. New plastics at front and rear, a sharper headlamp design, new tail lamp jewellery, fresh alloy wheel designs and a couple of new paint colours are all that set the 2017 A3 range apart from its predecessors. 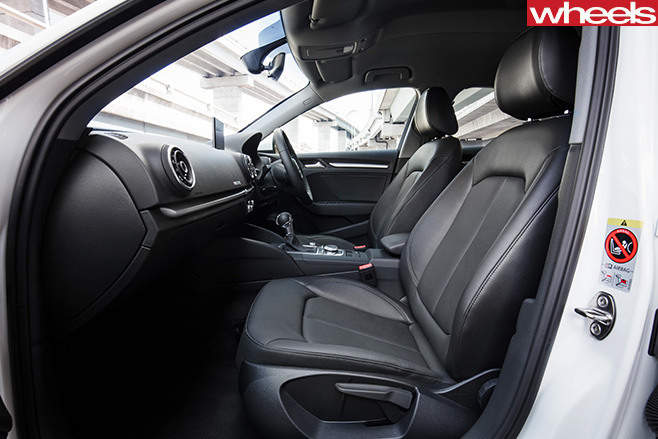 Under the skin, however, is where the more meaningful changes lie. Besides the addition of potentially life-saving AEB and fatigue-monitoring tech to the standard equipment list of all models, there are also two engines that are new to the A3.

The 1.4 TFSI turbo four with cylinder-on-demand mode carries over as the mainstay motor of the range, but there’s an all-new 140kW/320Nm 2.0-litre turbo petrol four that’s available in front-drive and all-wheel drive guise for high-spec A3s.

But it’s the base model that gets the most intriguing powerplant – an 85kW 1.0-litre three-cylinder turbo pinched from the A1 micro-hatch.

It’s got the lowest output in the premium small hatch segment, and its 9.9-second 0-100km/h sprint is leisurely rather than rapid. That said, it doesn’t suffer for driveability thanks to a meaty torque curve that puts all 200Nm at the driver’s disposal between 1500 and 3500rpm. 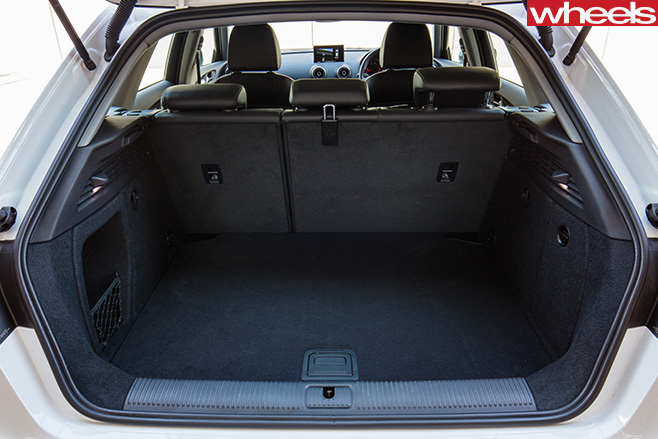 Refinement is exceptional for a three-pot too, and it emits an endearing three-cylinder thrum when you sink the right pedal into the carpet. Fun and frugality need not be mutually exclusive.

The A3 1.0 TFSI’s standard 16 inch wheels and thick sidewalls deliver a supple ride on choppy tarmac, though there’s slightly more road noise than we expected for such chubby tyres. Roadholding – even on the low-resistance eco tyres – is surprisingly good though, and if you want to prioritise comfort in an A3 the 1.0 TFSI is the spec to get.

And the interior still looks flash – at least as far as its direct rivals are concerned. While base model Mercedes-Benz A-Classes and BMW 1 Series models look low-rent, the A3 1.0 TFSI is a cut above with plenty of soft-touch surfacing and a leather-bound three-spoke steering wheel that looks and feels great. 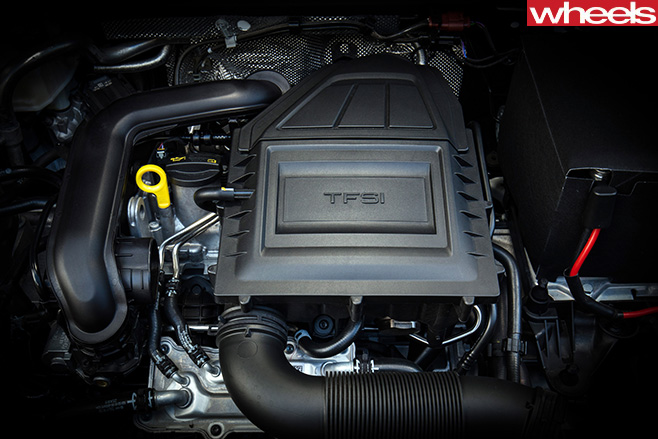 Dual-zone climate control, front and rear parking sensors, and a reversing camera are also standard, as is a full-integrated sat-nav system and eight-speaker audio. Audi annoyingly charges $650 to unlock a smartphone mirroring capability for Apple CarPlay and Android Auto compatible phones, but specification-wise the A3 1.0 TFSI has the right feature set for its pricetag.

The downside? The A3 1.0 TFSI is only available in five-door Sportback form, meaning those shopping for the A3 sedan’s more attractive bodystyle won’t be able to enjoy it.