SPARE a thought for the plucky Audi TT. The swoopy little coupe soldiers bravely on, despite globally softening sports car sales, serving up a combination of two-door, two-plus (not really)-two yuks and sedately turbocharged four-cylinder goodness for almost twenty years.

There have been a few exceptions to the rule over the years, culminating in the final fling for the second generation TT, 2012’s RS Plus. Thanks to a 2.5-litre 20-valve turbo five-potter boasting some serious heritage, it offered 265kW and 465Nm, and punched out the dash to 100km/h in 4.1 seconds.

Handy. In fact, it’s the engine that essentially defines the TT RS; stick a turbocharged four-cylinder thing under the bonnet, and its mojo would be gone. 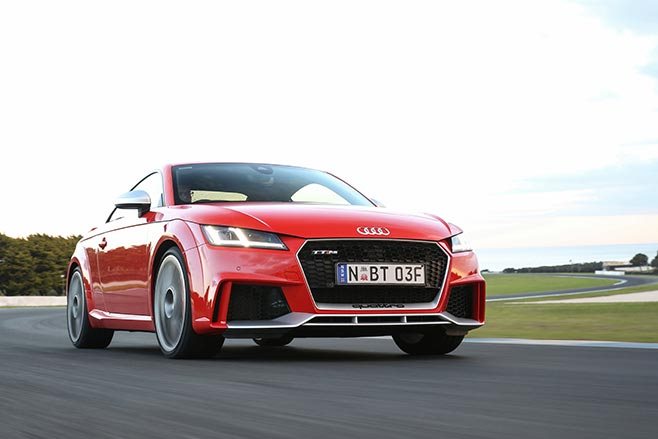 The latest 2.5-litre version owes its existence to the latest 5.2-litre V10 in the Lamborghini Huracan and the R8; the undersquare five-potter now sports an alloy block, a magnesium sump, lightweight belt pulleys, an alloy oil pump, a hollow crankshaft… you get the idea. Whenever an automotive engineer can find a 26kg weight saving in a modern car, it’s a good day.

The new engine –also seen under the bonnet of the RS3 – now weighs an astonishing 26kg less. Twenty. Six. It now makes more power (294kW) and more torque (480Nm) than the previous engine, too, with a flat torque curve and, unusually for a turbo engine, a high power peak. 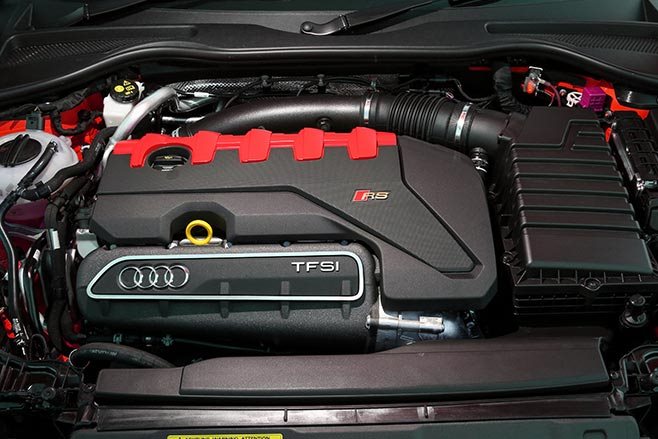 Inside the TT RS, it’s more special than, say, an RS3, with low slung sports seats (standard on the Aussie car) hugging your love handles, and the flat-bottomed Alcantara trimmed wheel positioned just so.

Thumb the red button on the wheel, and the five-potter responds with an agreeably strident bark from its dual pipes.

Its rich, warm baritone belies its turbo origins, and is made louder by the stock switchable bi-modal exhaust. No artificial augmentation is present – or needed. 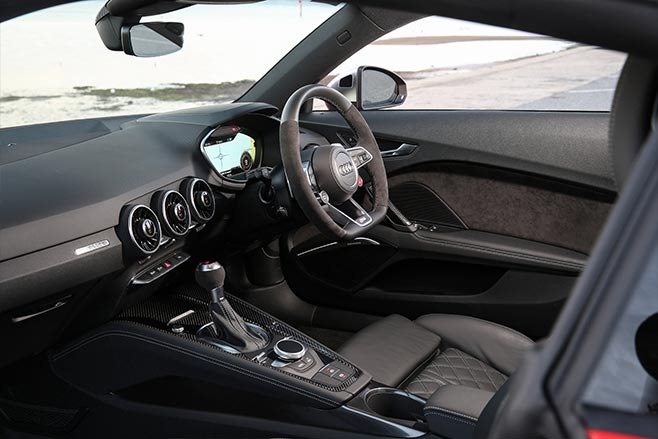 Slightly too-small alloy paddles are the preferred way to pluck from seven speeds, while a drive mode button sits opposite the start button. Automatic mode is supplemented by comfort, dynamic and individual menus.

On a wettish road loop, the TT RS reveals itself as a calm, competent and confident back road companion with a little bit of attitude.

Not a lot, mind – the aural theatre of the staccato exhaust and the muscular delivery of the five-pot motor aren’t quite matched by the benign, restrained attitude of the TT’s MQB-based underpinnings. It’s got loads of ability, sure, but it faithfully awaits inputs and direction, rather than leading from the helm. 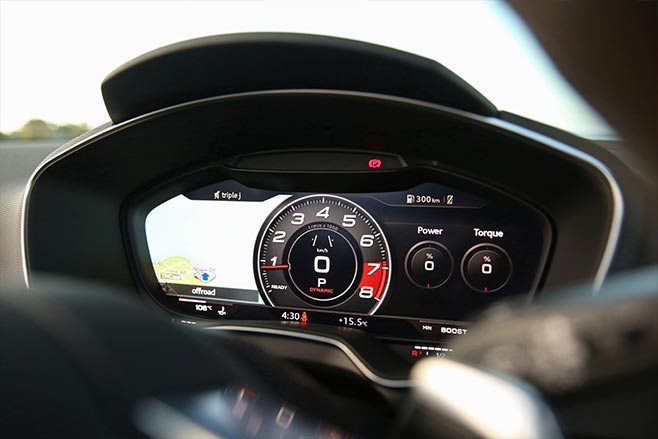 A natural understeerer under power, the TT RS performs best when weight shifts are carefully planned rather than haphazardly thrust upon it.

The relatively unsophisticated Haldex all-wheel-drivetrain does its best to feed torque to where it’s needed, but its outputs are granular and obvious, somewhat negating the TT’s low centre of gravity, wide tracks and minimal overhangs.

Push the 20-inch Pirelli P Zeros too hard and the front end cedes first, electronic intervention stepping in surprisingly late in the game. 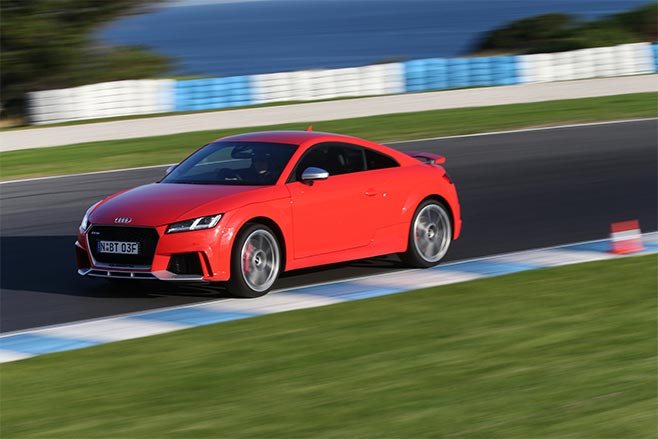 At seven or eight-tenths, it matters not a jot, though. The TT RS is a metric crapload of car for a lot less than BMW M3 money, and its blunt, linear 3.7sec-to-100km/h point-to-point pace easily embarrasses a lot of cars that cost up to three times its price.

Its chassis works with you when you’re stroking it along, too, flowing from one turn to the next, with the adaptive dampers crashing only through the sharpest of bumps. 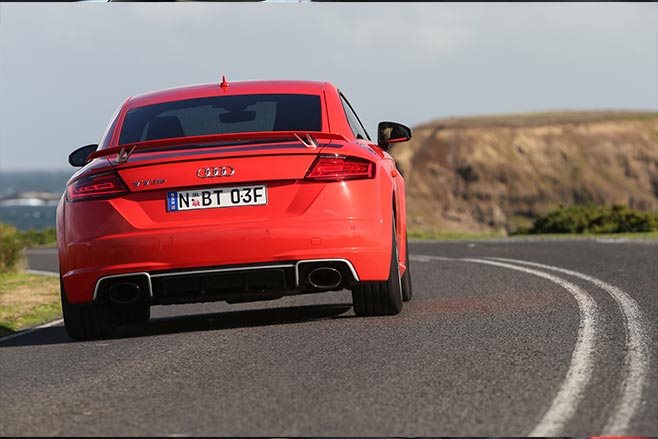 Hell, it’s even a reasonable daily driver – as long as you don’t want to carry anyone in the back. The heavy tailgate reveals a voluminous space, and comfort mode turns the TT RS into a machine even the mother-in-law can’t complain about.

All that, and it’s cheaper (and lighter) than the last version of the TT RS. In fact, it’s a downright bargain for a sub four-second all-paw car with 270kW of aural attitude and genuine badge cachet.

Serious firepower for not a lot of cash

Could be more engaging chassis-wise 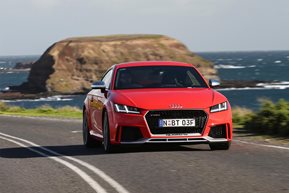