Forget sharp discount deals, Hyundai wants its all-new i30 to fight on its newfound driving substance.

Hyundai’s top seller and a small hatch that fights with the Toyota Corolla and Mazda 3. With this slick PD-generation i30, Hyundai is hoping it will also tempt some out of a Volkswagen Golf.

To see if the new Hyundai i30 really is a match for the kings of the small car segment. The third generation i30 has just gone on sale and arrives with big expectations, which include helping change perceptions of the Hyundai brand and continuing the sales strength of the model. We want to know if this car really is worth the $5000 premium over the i30 it replaces. 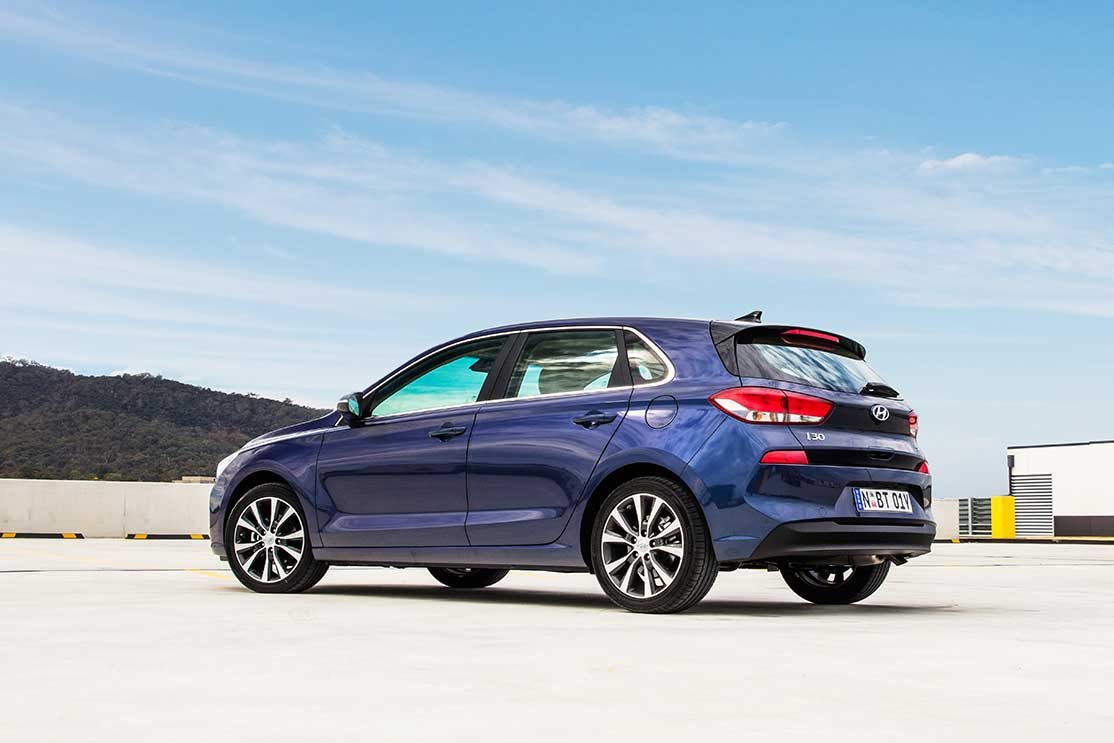 Comfortable and confident, the latest i30 is a big step up and closer than ever to its small car rivals (often ahead of them) when it comes to presentation, driving performance, safety and features. A little over a year between its sedan equivalent – Elantra – and the i30 has also allowed for some valuable tightening and tuning that has paid dividends. Inside, the efforts made to the dash layout and switchgear marks a big step forward for Hyundais. But it’s also more expensive than ever, something that will provide a challenge for dealers trying to tempt buyers from some excellent alternatives.

PLUS: Refinement; sound driving manners (exciting, even, with the SR); strong engines and broad model range; elegant and functional dash and switchgear

MINUS: The price – it’s a lot more than previous i30s; rear seat space; lack of active safety on some models; on-paper fuel figures

ASPIRATION IS not a word that typically springs to mind with Hyundai, a brand that built its reputation on drive-away screamers.

But with the third generation i30 Hyundai is spruiking the equipment list more than the price tag.

It’s a broad spread, and one that trounces its competition.

Still, there’s a counterpunch inside with the most elegant interior yet for the Korean maker. Dark plastics dominate and while some lack the tactility and precision of, say, a Volkswagen, the logical dash layout and screen that sits as a feature atop the dash team with flashes of silver to liven the mood and ensure easy operation of all major functions. 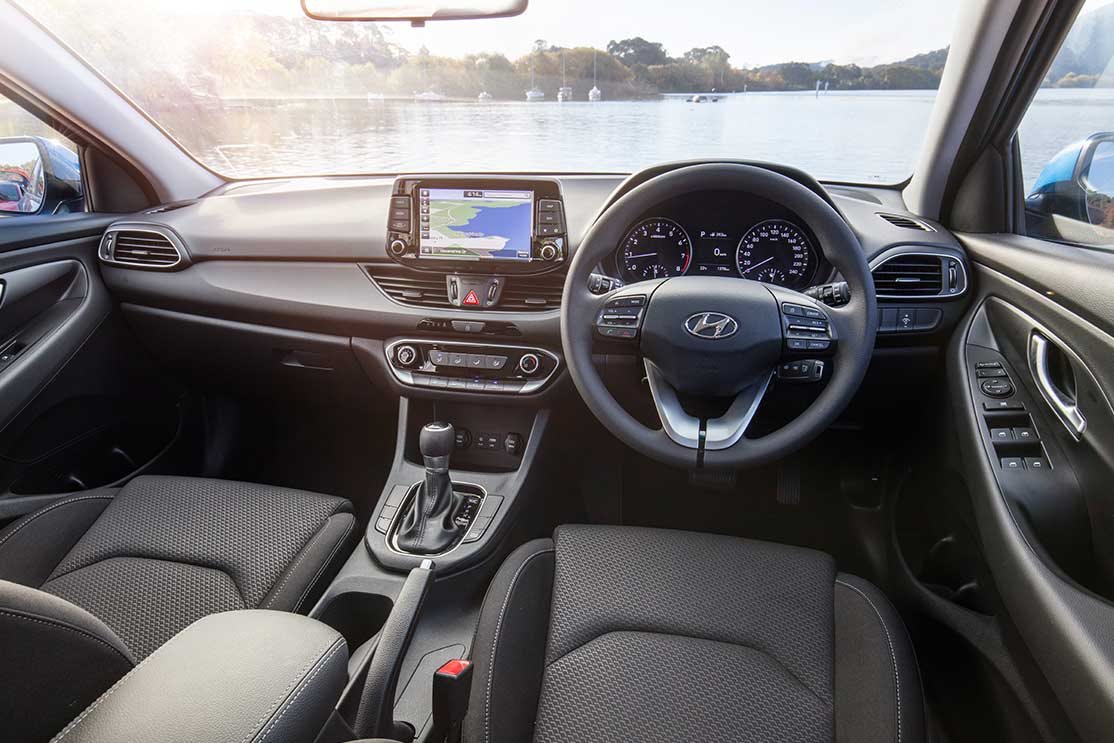 The stretch to 120kW reveals a vocal set of lungs, thankfully not in a harsh way. The six-speed manual is viceless, the auto seamless and impressively smooth.

A Drive Mode button drops it down a gear in Sport, although it lacks the smarts to hold ratios when things get challenging.

Sport mode also brings a noticeably firmer steering feel, adding largely unwanted weight to a tiller that could do with a hint more sharpness to fully exploit what is a capable chassis.

But it’s the 150kW 1.6 turbo that adds plenty more muscle, with hints of hot hatch spice; stout in the middle revs, bordering on feisty once you spin it to 6000rpm. Combined with the slick shifting seven-speed twin clutch auto it’s a sweet combination for $28,950. 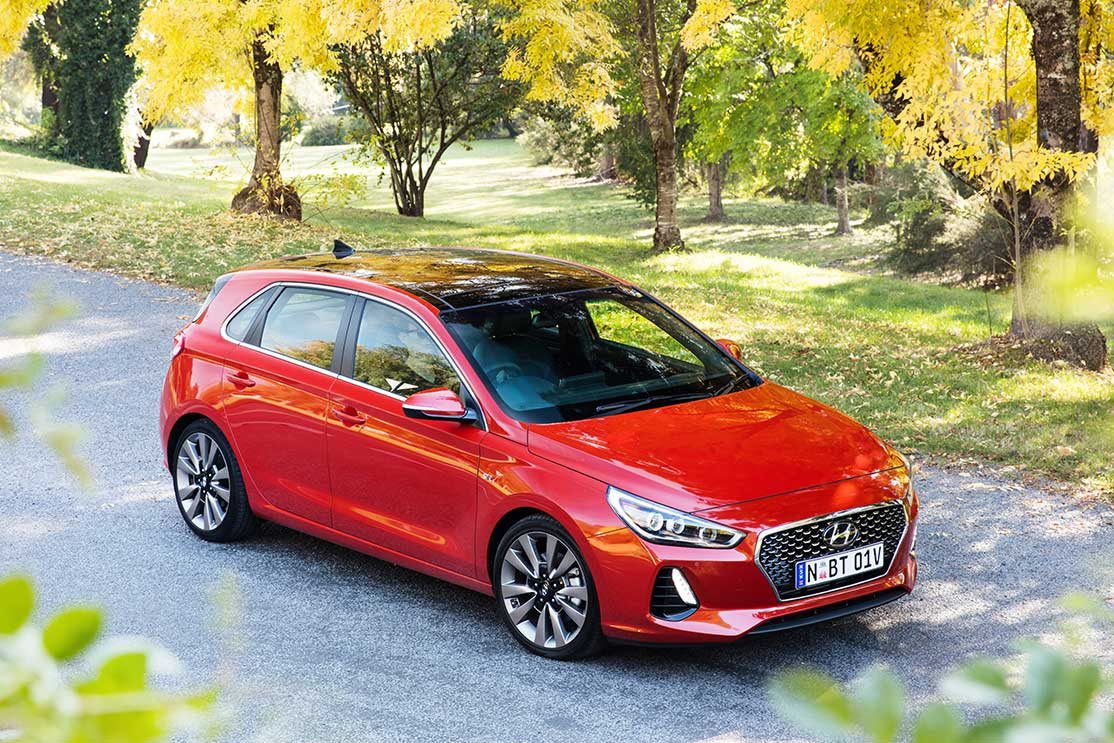 But it’s the chassis that defines the SR. Gone is the on-the-limit sloppiness of the Active (something not helped by yelping Kumho rubber) replaced by a surety that makes for brisk, engaging attacks. Hankook tyres are also a nice match.

The SR’s multi-link rear end also deals more confidently with mid-corner bumps, with none of the skipping that occasionally inflicts the torsion beam rear of the Active.

For now, the Elite lacks relevance for many, mainly because it’s only available with a carryover 1.6-litre diesel. The quiet and refined mill is a relaxed, torquey (300Nm) cruiser and satisfyingly muted. Peg the cruise on 100km/h and it resolutely holds its pace.

Kick it and the 100kW is less enticing, plus there’s a clunky second-third shift from the seven-speed twin clutch.

Yet its 17-inch tyres – also 225-wide Hankooks – manage the best trade-off between ride and comfort. Grip is closer to the SR than the Active and there’s a suppleness that devours pockmarked surfaces.

Like the SR, it gets a satisfying leather wheel in lieu of the tacky plastic one in the Active. The optional two-tone interior raises the ambience, too, although not to the red-infused levels of the SR.

There are chinks in the i30’s armour. Stop-start is absent, something that makes the petrol engines thirsty compared with peers, on paper at least; Hyundai argues the real world performance strays less from those often optimistic windscreen stickers. 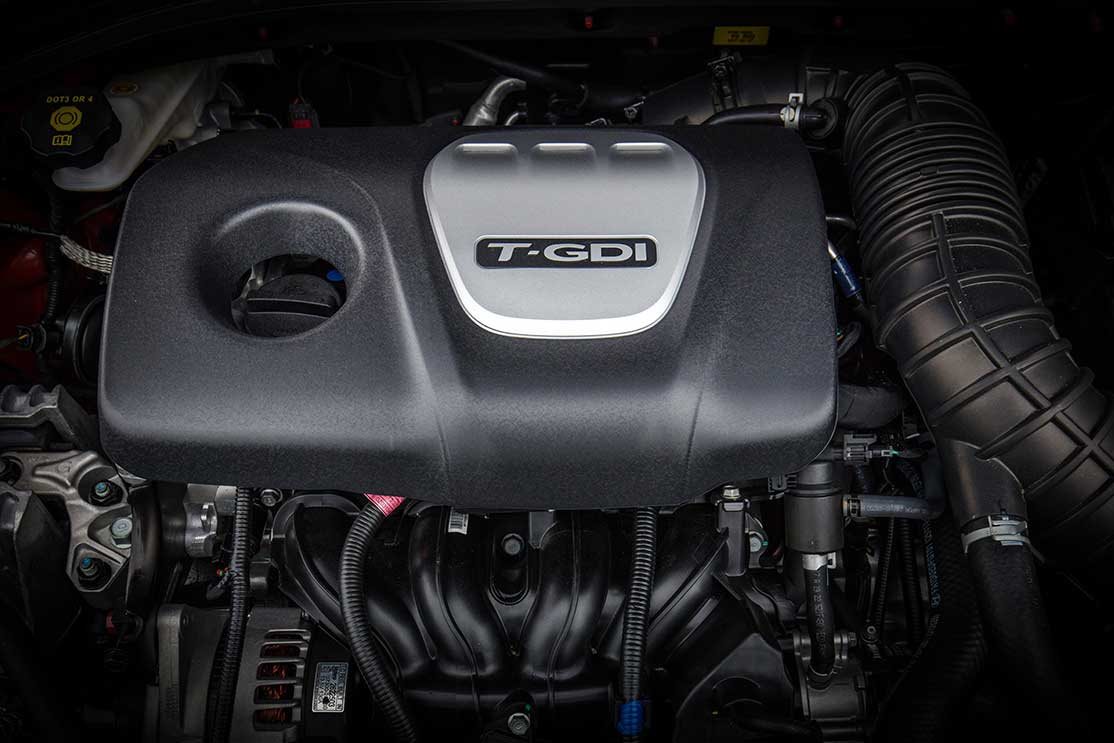 The SR is prone to steering kickback, more noticeable in the firmer Sport mode, and the elegant screen on top of the dash requires a lean from the driver’s seat to reach the fixed buttons on the left.

Rear seat space, too, is adequate rather than great.

But they’re minor gribbles for a car that’s unleashed a new level of maturity, both in its presentation and driving nous.

The biggest challenge Hyundai has is convincing buyers of other excellent small cars to pay more than they’re used to for an i30.