WHAT IS IT?
Kia’s Sportage small SUV is pulling a good crowd in Australia’s crossover-hungry market but, for now, the Cerato small hatchback is holding on to its crown as the company’s strongest seller.

It weighs into a fierce battle with other strong contenders in the segment where the Toyota Corolla, Hyundai i30 and Mazda3 also attract strong sales.

ON PAPER
Kia has kept the Cerato range simple. Four variants are on offer starting with the Cerato S. A mid-range Si and an SLi variant sit at the top of the pack, with a new Sport version replacing the previous S Premium version, above the entry-level S.

All four are powered by a two litre four-cylinder petrol engine with 122kW and 192Nm, which replaces the previous 1.8-litre engine and brings more power and efficiency – 7.2 litres per 100 kilometres, says Kia. The new engine is coupled to a six-speed automatic transmission as standard, although the base S can be optioned with a six-speed manual for no extra cash. All send power to the road via the front wheels. 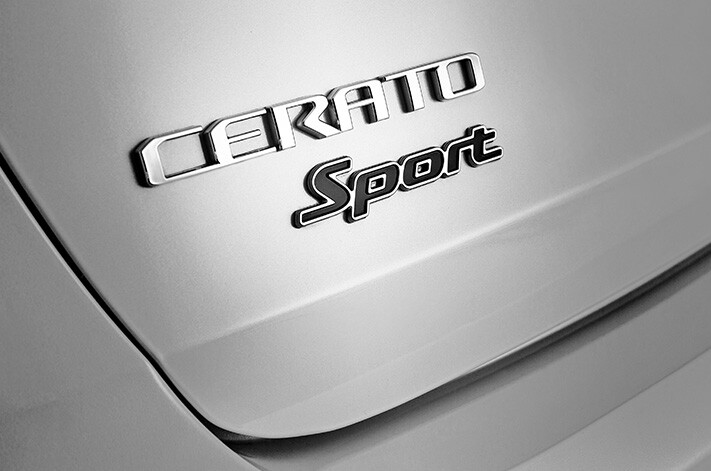 Step up to the top-tier variants and you get a choice of features including leather trim, keyless entry and start, reverse camera, power folding mirrors, xenon headlights, seat heaters and extra driver assistance systems depending on your budget.

WHY IS IT IMPORTANT?
In the case of the Sport, it adds the more sporty touches but for a reduction in price compared with the outgoing S Premium on which it is based.

While the more generously equipped Si and SLi still cater for the customer after more comfort features, and the S continues on as the pick on a tighter budget, the Sport offers something new to the Cerato range with a more youthful flair.

FIRST THINGS YOU NOTICE
The Cerato’s cabin makes the most of its small car status with a spacious and versatile front row and it’s the same story in the back too.

That steering wheel does a good job of convincing me it is made from a cow and the interior material quality seems to get better with every generation. The driving position can be a bit tricky to adjust for someone of my stature with a short leg, long arm bias, but I’m comfortable after a bit of shuffling around. Two-way adjustable steering column is a big plus.

While every other area of Kia’s quality has progressed enormously over recent years, the engine refinement is yet to catch up. The power delivery and characteristics are decent but ask it to rev and that four-cylinder won’t sing at you.

The absence of turbocharged engines in the range is also a shortcoming while nearly all other brands are reaping the power and efficiency rewards of forced induction.

PLUS AND MINUS
The bigger 17-inch wheels of the Sport offer a simple but effective boost to aesthetics, but come at the cost of a choppier ride.

The overall package of quality, practicality and price maintains the Cerato’s strong foothold in the small hatch and sedan market but the absence of details such as a reversing camera in the base grades is becoming a rarity in all brands today.

New safety and driver assistance features in the top spec variants are a welcome addition but inclusion across all versions would be a range gold star.

VERDICT
It is no secret just why the Kia Cerato continues to attract a loyal following and why it is still the company’s best seller.

A combination of sharp pricing, no-nonsense features and likeable but not showy styling makes the Cerato a must for everyone’s maybe list in Australia’s most popular hatchbacks.

With the addition of a flashier Sport variant, that popularity looks set to continue.