We’ve scratched our heads over the Lexus IS sedan before.

Two years ago at Bang For Your Bucks it proved competent and enjoyable, but as one judge surmised, the car was ‘likeable but strangely unsatisfying’.

Fast forward to the newly updated IS and things haven’t much changed. 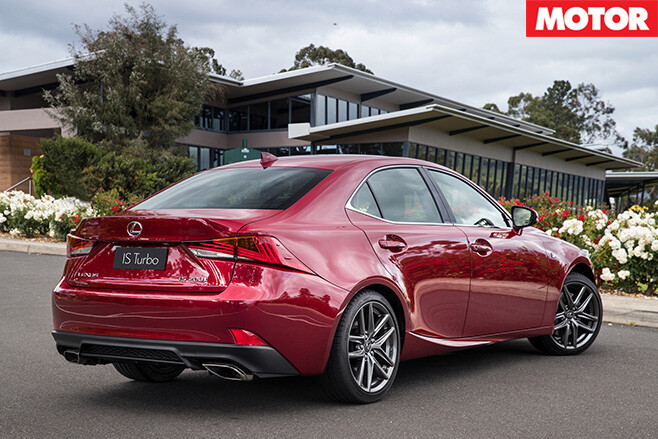 All are available in Luxury (boggo), F Sport, and Sport Luxury trims, with prices nudged up slightly.

Admittedly, there are a number of detailed tweaks across the board. Lexus has upgraded  safety tech and interior equipment while employing a requisite facelift.

You’ll need to squint to recognise the minute visual tweaks, the spindle grille’s focal point has been raised, slightly, and the LED headlights redesigned.

But it’s still a striking face. The front bumper’s taller side scallops look hungrier for air and are the real giveaway on a 2017 model. 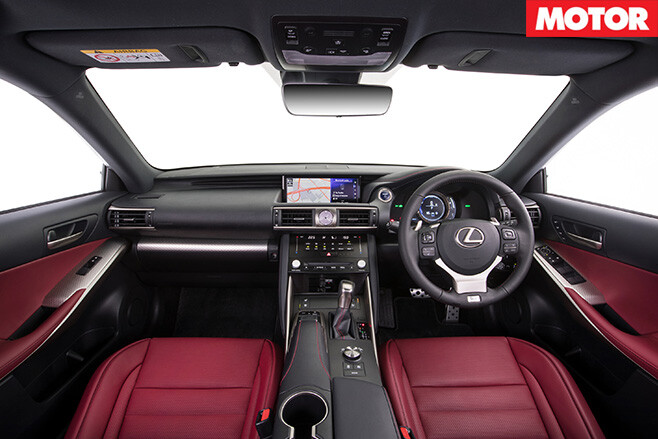 Inside, there are new trim designs and 10.3-inch screen (upgrade from 7-inches), you’ll also notice shortcut buttons have snuck into the conoured centre armrest.

The F-Sport’s interior is still our pick, though, for its LFA-aping tachometer and the fact it’ll tuck adaptive suspension underneath the wheel guards.

Fitted with new bushings and aluminium front lower control arms, the Lexus IS remains a balanced handler with clear steering and a cushy ride tolerant of most surfaces.

Unfortunately Lexus hasn’t bestowed the IS F Sport with the RC’s rear LSD or four-wheel steering technology, so it’s still fussy about power down and lacks the coupe’s outward agility.

The 200t’s 180kW/350Nm turbo four looks torquey on paper but feels a touch breathless under foot, not helped by a smooth but sleepy eight-speed auto. And unless you’re tearing around in the sonorous 350 F Sport there’s little to inspire a cheeky punt. But that leaves us with the Lexus IS’s biggest appeal. Lexus’ dogged determination in fine tuning means the IS emerges from the update better equipped and more refined. Again, it's a superb pick for touring the ’burbs.

On the other hand, the eight-speed’s docility, ride’s high-frequency behaviour, and media system’s complexity rob the IS of the clear thinking resolve found in German rivals like the BMW 3-Series and Audi A4.

So, satisfying? Not completely.