MANUFACTURERS love to trot out the line that a car's facelift is an "evolution, not a revolution".

Sometimes this may be an excuse for a half-baked effort at improving a model through minimal investment. But in the case of the facelifted second-generation Mazda 2, it is a succinct explanation of how the brand has improved its smallest and cheapest offering by adding more equipment and fixing niggles, and all without changing its core or entry price. 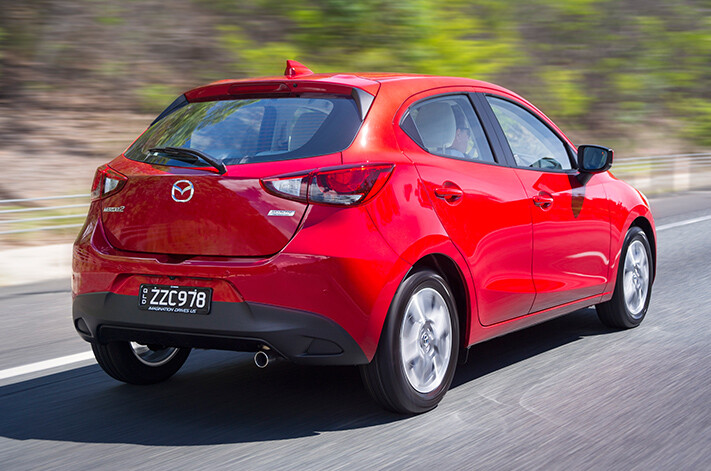 WHAT IS IT?
A facelifted version of the third-generation Mazda 2 which launched in late 2014. It brings slight visual tweaks, a new spec level, AEB as standard on all variants, and Mazda’s G-Vectoring control for a dynamic lick.

WHY WE'RE TESTING IT
Despite the rise and rise of SUVs, city cars remain a popular choice with consumers. The Mazda 2 is battling for segment leadership in sales with the Hyundai Accent, and it only narrowly missed out on winning our light car megatest to the Volkswagen Polo. Does this MY17 facelift go far enough to shake the runner-up reputation?

THE WHEELS VERDICT
Having AEB as standard is a massive deal in the price-sensitive light car segment, and Mazda should be congratulated for moving the game forward. In addition, its G-Vectoring Control technology partners well with the Mazda 2’s revised suspension tune and already accomplished chassis. Improved NVH suppression also means road noise is no longer a deal-breaker, and gives the Mazda 2 a serious chance at being best-in-class.

Plus: AEB as standard on all specs; fun manual gearbox; improved NVH; cohesive chassis, suspension and steering
Minus: Truncated rear vision in sedan; still no reversing camera on base Neo THE WHEELS REVIEW
ACRONYMS improve everything. That seems to be the motto at Mazda HQ in Hiroshima. The Japanese automaker has thrown a bevy of three-letter acronyms at its Mazda 2 light hatch in an effort to sharpen it. Autonomous Emergency Braking (AEB) is now standard across the range, with handling-enhancing G-Vectoring Control (GVC), improved Noise Vibration and Harshness (NVH) suppression, and digital radio (DAB+) becoming standard fare on most variants.

But the most important addition in this facelift is AEB. The Skoda Fabia was the first to bring the technology to the segment, but Mazda sells significantly more units that its Czech counterpart and its customers will benefit from the bingle-avoiding gear.

There's more buyer choice in the showroom, too.  Joining the three existing variants – Neo, Maxx, and Genki – is a new flagship $23,680 GT spec. Apart from the newcomer, prices remain unchanged, starting from $16,990 for entry-level Neo fitted with a six-speed manual gearbox. Want an auto? Add $2000. 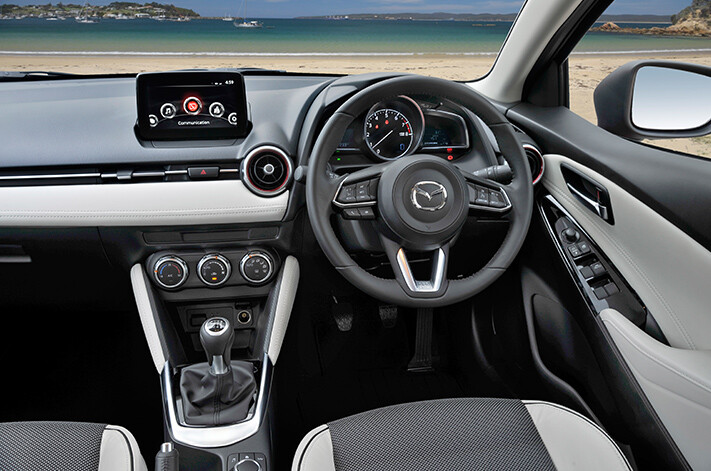 GVC is an electronic cheat code that sharpens turn-in response, building on the 2's already-impressive dynamic talent. It gels well with revised suspension tuning to make the 2017 Mazda 2 feel planted and stable. New dampers allow the little city car to soak up most undulations in the road while dealing with more jarring bumps and potholes well. Sitting in the rear seats is a slightly rougher experience, but improvements are noticeable.

Mazda has made big strides in quelling NVH. Excessive road and tyre noise – the former Mazda 2's Archilles heel – are now much less intrusive, hushed to acceptable levels via extra sound deadening. It's a welcome improvement.

All Mazda 2 variants use the same 1.5-litre four-cylinder petrol engine in one of two stares of tune; 79kW/139Nm for the Neo, and 81kW/141Nm for all other variants. In both iterations it is a perky unit, with plenty of mid-range bite and a revvy yet tractable personality. Either of the transmission options for the Mazda 2 are gems. According to the Japanese brand only two out of every five buyers will choose the three-pedal option. They won’t regret the decision, with a precise shift action adding to the pleasure of driving. Choosing an automatic won’t ruin the fun though, as the six-speed torque converter auto is an accomplished unit.

The Maxx is probably the sweet spot in the range. Its $3000 premium over the Neo nets the more powerful engine with a fuel-saving stop-start function, a larger touchscreen with an intuitive controller dial, a reversing camera, a leather-wrapped steering wheel and 15-inch alloys that replace plastic-capped steelies.